The 228i with the Track Package is BMWNA’s attempt to reach out to the enthusiast and offer something that cuts through the lines and option packaging. For years BMW enthusiasts have know that the secret to a great driver’s BMW is how you spec it. Clearly BMWNA knows that as well as they’ve coupled all of the handling oriented options into one package:

Once you select the THP package you can edit the car to your hearts content – even adding the 8 speed automatic if you want.

In person it’s subtle and purposeful at the same time. There’s no lip spoiler and no M Sport bodykit to be found. This is an old school BMW at work – even down to the satin chrome trim around the windows as opposed to the gloss black found on most sport models. 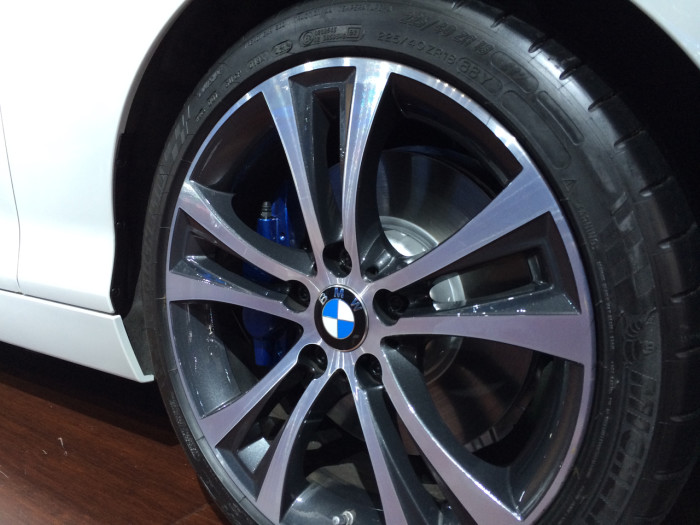 This is a car made by enthusiasts for enthusiasts. How do we know? It’s the details. For one BMW has secretly adorned the Track Handling Package with the “dirty” brake pads that used be on all BMWs. You remember the ones the masses used to complain about? They helps brake feel and reduced fade. And they’re back on the 228i THP. And that’s just one of the many things BMW has done to create 2014s best sleeper.

Beyond those pads BMW has given the package every handling oriented option available. That includes adaptive suspension and variable sport steering. The latter which is often confused for active steering. Thankfully nothing could be further from the truth. This system has more similarities to the one on the E36 M3 than modern day active steering systems. It works by subtly decreasing the ratio the second turn-in starts creating a more direct feel and quicker responses. 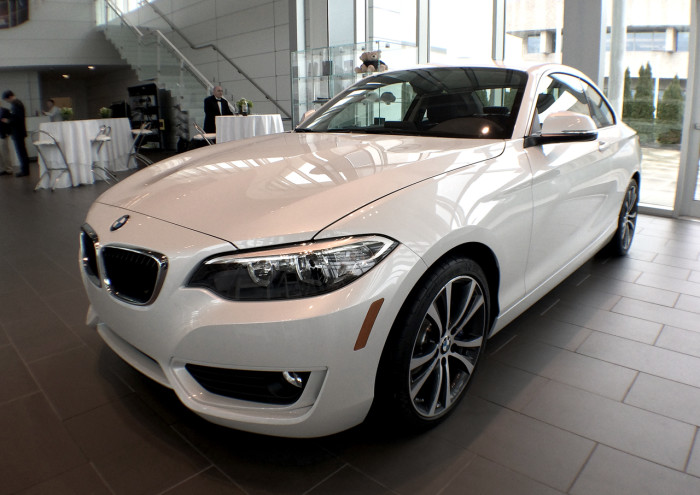 This set-up is complimented by the Michelin Pikot sport non-run flats the excellent M Sport brakes. Basically the same setup seen on the M235i.

Reportedly the inspiration for the car was none other than the E46 ZHP – a car we’ve detailed here many times as one of the best non M cars BMW has ever produced. While one could easily argue the ZHP was a more thoroughly modified car and thus one that was more focused (given the era’s technology) we imagine the 228i THP might end up being priced much more aggressively than the ZHP was in 2001 dollars ($3500).

Look for the 228i THP to hit showrooms later this summer. 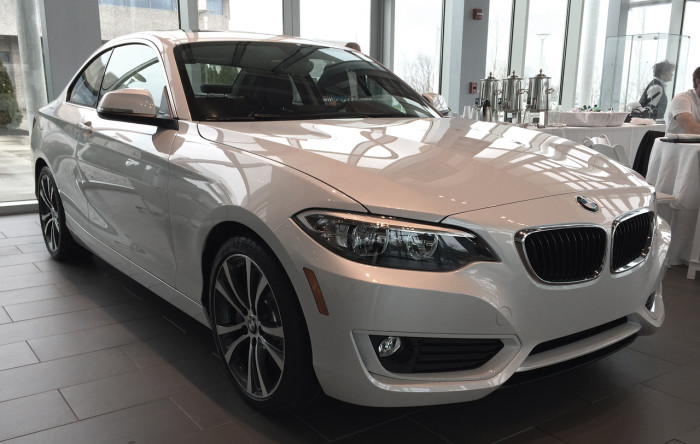 BMW 2 Series Captured on Video Ahead of Launch