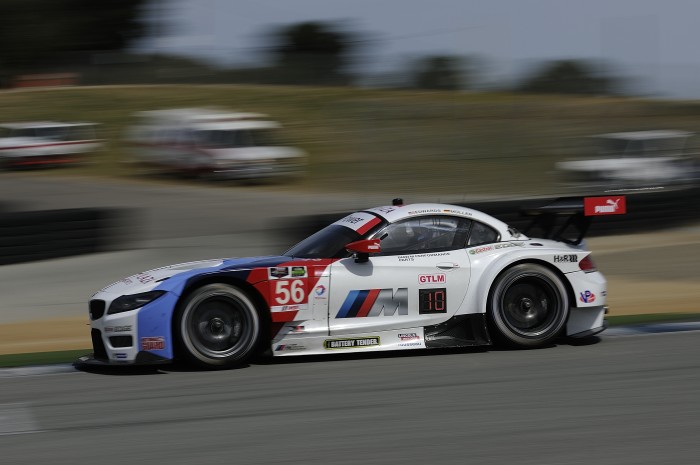 John Edwards and Andy Priaulx were two of the five drivers in today’s 15-minute qualifying session to break into the 1:22 minute bracket around the 2.238-mile, 11-turn Laguna Seca circuit.

John Edwards placed the No. 56 Z4 on the outside of the GTLM class front row – only .205 seconds from the pole sitter – with a time of 1:22.578 minutes. Edwards and co-driver Dirk Müller currently stand fourth in driver points following their first podium finish of the year – second – at the Sports Car Showcase at Long Beach race on April 12th.

Triple World Champion Andy Priaulx, in only his first day driving Laguna Seca, qualified the No. 55 Z4 fifth with a time of 1:22.810 minutes. Priaulx and co-driver Bill Auberlen currently lead GTLM driver points following podium finishes at the Rolex 24 at Daytona and the 12 Hours of Sebring. They finished sixth at Long Beach. 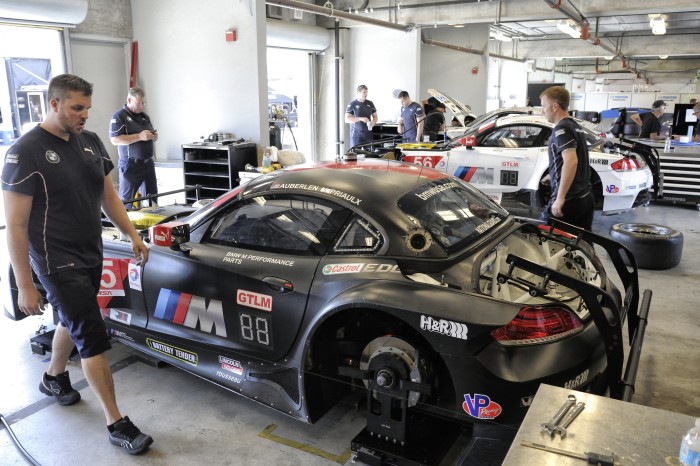 John Edwards, driver No. 56 Z4 GTLM – (2nd) – “Today was really a good day at the office for me. I had a pole and win in GS and we were quickest in the number 56 in both the practices. I wanted another pole which would have put me in P1 in every session. With a front row start you can’t be too disappointed, but it really felt like a pole run. It wasn’t meant to be, but tomorrow is the one that counts. The race is a whole different animal and it is going to be a tough battle. Hopefully we can race it out among ourselves, unlike Long Beach where we had some Prototypes in the mix. It is only a two hour race. We saw Long Beach went green all the way, so every second is going to count tomorrow.”

Andy Priaulx, driver No. 55 Z4 GTLM – (5th) – “I am happy with my performance considering it is my first time here. I would like to have been a bit higher up, but we didn’t have everything spot on. Also we got very little running today with all the traffic of four classes practicing together. Qualifying is important, but we still have a two hour race ahead of us and I am happy we are in a strong position for that. As for the track itself, it is awesome and lives up to its reputation.”

The two-hour Monterey Grand Prix will take the green flag at 5:45 p.m. ET Sunday, May 4th. The race will be broadcast live on Fox Sports 1 with coverage beginning at 5:30 p.m. ET. Follow BMW Team RLL on Twitter at @BMWUSARacing for “from-the-pit-box” updates all weekend. More information on the program can be found at www.bmwusa.com and www.imsa.com.