As we told you six months ago, BMW is serious about producing a follow-up to the 1M. So serious that they first prototype hit public roads in Germany this week as the development process swings into full gear. Our friends at Autoblog have the first photos of the highly anticipated BMW M2 and it reveals a surprising amount. The successor to the mythical 1M, the M2 will follow the same formula as the 1M with a modified version of a series power plant (the N55 in this case) and various M3/M4 components underneath. How similar to the M3/M4 is yet to be determined ( remember the 1M was basically an M3 under the body of the car).

Some observations on the prototype worth noting:

• Brakes look identical to the M3/M4 in size and placement indicating the same braking system and potentially suspension
• M3/M4 19″ wheels likely there to test suspension settings and compliance.
• As we predicted M235i Racing body panels are seen in this prototype harkening back to the E30 M3.
• Sources indicate the M2 will possess the same LSD as the M3/M4 – if you look closely it would appear that you can see it between the rear wheels.
• While the fenders aren’t flared to the degree of the 1M, they are wider likely meant to accommodate the M3/M4 suspension hard points. 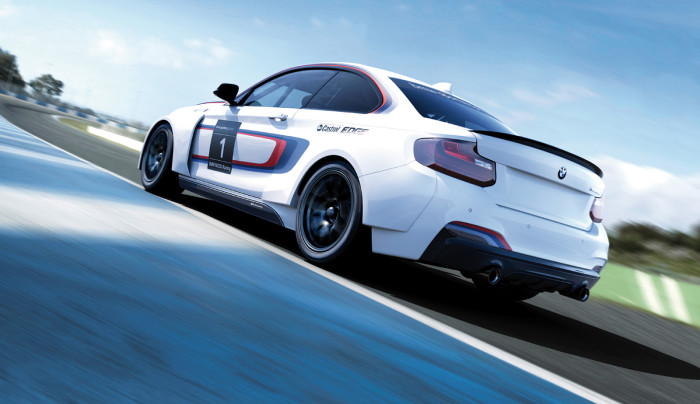 Expect to see more of the final bodywork (i.e. the front and rear bumpers) in the coming months. Sources are telling us that BMW has scheduled the M2 to undergo the majority of its testing this summer and fall at the ‘Ring and elsewhere. That should mean we’ll see the final aero and body cladding show-up in the coming months. Along with that we should see final signs of engine development as the trademark quad tailpipes are revealed. Ultimately we expect anywhere from 350-360 hp motivated by either a six speed manual or 7 speed dual clutch transmission.

The BMW M2 Caught On Video at the Ring