As we prepare for our own date with the M3 and M4 in the coming weeks we couldn’t help but notice the reviews popping up in the European press. And while most have been generally positive both EVO and Autocar have made specific mention of the F80/F82 lacking some of the charisma of previous generations. Both publications have called out the steering and engine as factors in this. We won’t go into the details – we’ll let EVO (available via App or print) and Autocar do that. But it is worth noting that these two cars aren’t just new M cars but represent the next iteration of what an M car is. Judging the F80 and F82 on the merits and successes of the E30, E36, E46 and E92 is a great way to miss the point.

Ah but you say shouldn’t the car tingle the driver’s senses like each of those that came before it? Absolutely and in our minds the jury is still out on whether this new M3 and m4 does that. Both EVO and Autocar have clearly said it doesn’t in handing head to head wins to the ancient Mercedes C63 and the new Jaguar F-Type Coupe over the new M4. But BMW is ahead of curve a bit on the soon to be mandatory electric steering and forced induction we expect every car to have. And it’s not hard to read between the lines in each review and see that those are the two major culprits in the losses. 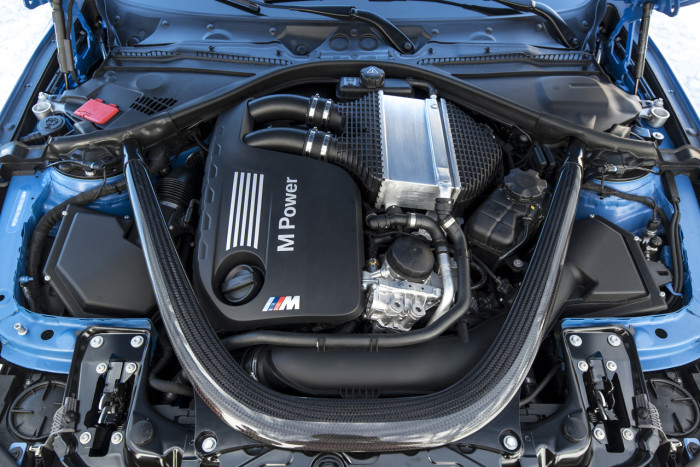 Perhaps the best review we’ve yet to date isn’t even a review but simply test notes. And those notes come from none other than automotive journalists extraordinaire Chris Harris. His angle is one of M car aficionado, industry veteran and pragmatic owner. Here are a few excerpts:

Weird noise to begin with. No word of a lie, I laughed out loud when trying to define it – all I could think was ‘mapped 335d’. It’s less musical, lower frequency and less clearly straight-six than the M235i I’m currently driving. At first I didn’t like it much, then it became a non-issue and after thrashing around a circuit for a while I almost liked it. But it’s a million miles from the E46 and E92. Would I buy an everyday car on the basis of noise? Probably not. Radio 4 and ZZ Top will always overcome.

Is the motor special enough? For a quick track blast and a few hours on the road, to impress a few hacks? Probably not, especially in light of the deranged V8 model’s zap and DTM blare beyond 7,500rpm. But for everyday use, the torque, the sheer speed and the range make the new gizzards – for me – far more appealing.

Flipping good. As in, I’m not sure how much more you can expect from a car of this type. We had 19-inch wheels (standard in the UK) running the standard Michelin Pilot Super Sports. Incidentally, that’s a completely new tyre with a bespoke aramid belting and compounds specific to this car only. Front axle grip is alarming at first – you push, it grips, you play silly, and it still grips. On very technical roads, nothing in the class would see where it had gone (in the dry) for that reason alone. 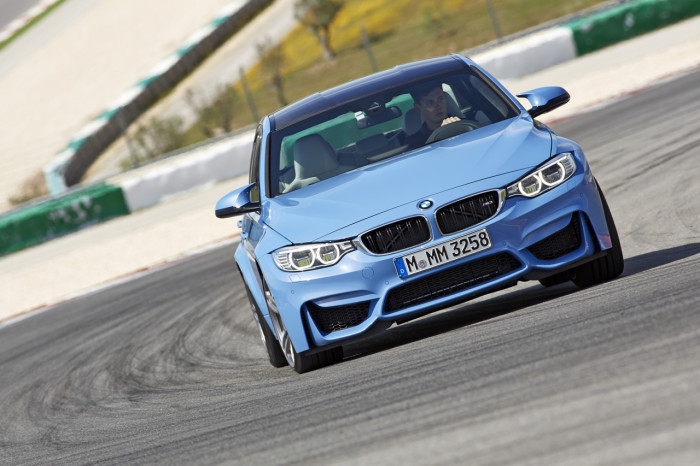 Leave it in comfort. The other two settings simply add weight, and I disliked them both. The 3 Series electric steering rack has been comprehensively re-engineered for this car, at vast expense. Does it feel like a conventional hydraulic rack? Nope. Is it exceedingly accurate? Yes. And the world really does have a short memory if it cites the last two M3s as being steering paragons. The E46 was light but accurate, the E92 lacked initial response off-centre. Neither were great.

This is not steering to savour, but it gives the driver instant confidence, and that is a brilliant trick when allied to all that front axle grip. For a big car, you can place the M3 with uncanny accuracy. 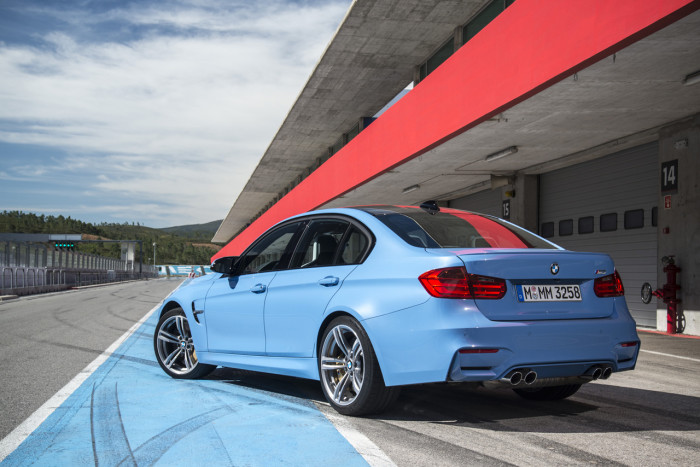 …I loved my E92, but it was surprisingly limited as my daily driver. Opportunities to enjoy that motor beyond 7,000 were predictably limited, the lack of torque left you exposed to turbo hot hatches and, well, you know my thoughts on the range.
This car rights all of those wrongs. In isolation, the motor gets blown into next week by the current C63 507 for pure noise and theatre, but on the road the BMW’s fuel consumption and massive torque would swing it for me. Sounds boring, but that’s what matters in a daily driver.Not to mention the transmission which makes the Merc’s feel pretty antiquated now. And I still think the powertrain feels special enough for an M car.

Well worth a click over for the full read.

by Michael
//M Models In the Press Spy photos Video