BimmerPost brings us our first look at the M2 test mule at the ring and in full motion.

While the car is wearing camouflage you can clearly see a widened front fender shape taken straight from the M235i race car. The rears are seemingly more similar to those found on the 1M and don’t feature there angular look of the M235i Race (which are influenced by the E30 M3.

This particular prototype seems meant for chassis evaluation and this doesn’t contain the final engine configuration we’ll see as well as final bumpers, side skirts and other aero bits. Expect to see these start to appear on test mules in the coming months. 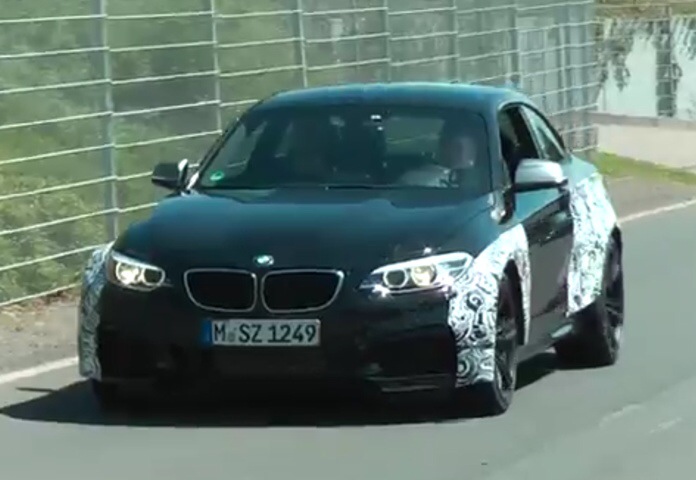 Sources are telling us that BMW has scheduled the M2 to undergo the majority of its testing this summer and fall at the ‘Ring and elsewhere. Along with the aero we should see final signs of engine development later this summer as the trademark quad tailpipes are revealed. Ultimately we expect anywhere from 350-360 hp motivated by either a six speed manual or 7 speed dual clutch transmission.

The New M4 Exhaust Note Up Close and Personal