For the first time in 75 years, BMW Motorrad has secured an Isle of Man TT Race victory. Rider Micheal Dunlop piloted a BMW S 1000 RR around the Isle’s legendary road course to beat out perennial underdog Guy Martin by an impressive 20.5 seconds. In cooperation with Hawk Racing, this BMW Motorsport effort sees the first race victory at the iconic event since 1939, when Georg Meier took what is perhaps the hardest earned checkered flag in all of road racing. Later today, Dunlop and BMW will take on the Superstock race, as well as the top tier Senior TT race on Friday. Here’s the official BMW rundown: 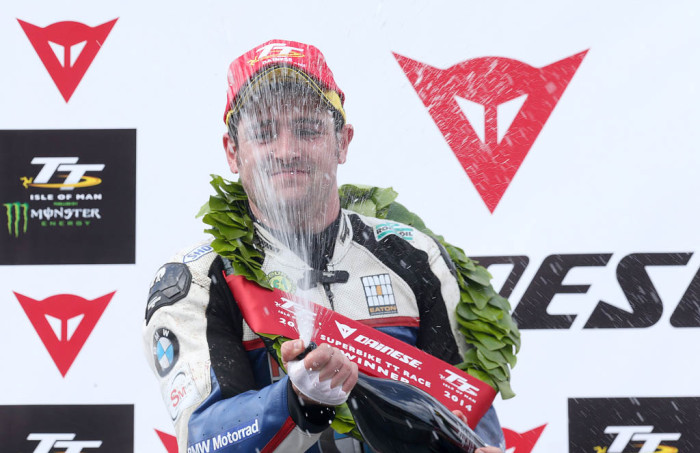 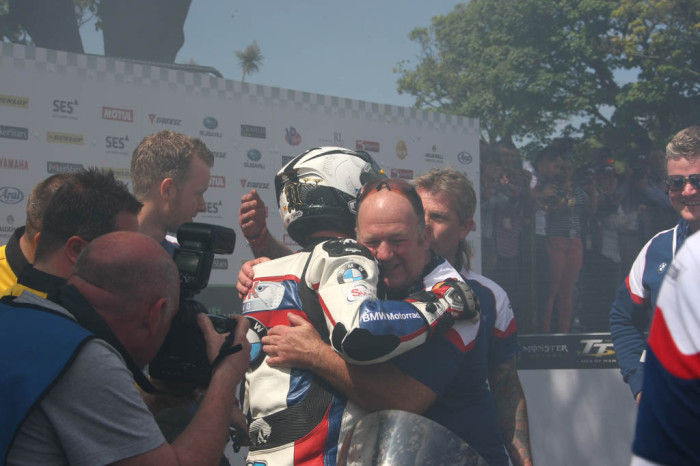 Dunlop took the lead early on the first lap and set two new lap records during the race. After six stunning laps on the treacherous road course, he took the flag celebrating his first ever TT win on a BMW motorcycle.

“It’s been 75 years for BMW Motorrad since it won the TT in 1939 – so today’s win is a nice present to send back to its museum”, said Dunlop. “The BMW Motorrad/Hawk Racing team worked really well, and we showed everyone that you can complete two laps at full race pace on that BMW S 1000 RR. For a bike to last around the TT, especially the way I bust them, is just fantastic. The BMW is only just showing its potential, there’s a lot more to come from that bike. My team were up all night working hard to prepare my RR. The guys have done a fantastic job and Kurt Böck from BMW Motorrad Motorsport has been a superstar. I can’t say thanks enough to the whole team.”

“This is just absolutely fantastic, big congratulations to Michael and the whole team”, enthused Berthold Hauser, BMW Motorrad Motorsport Technical Director. “To compete on the Isle of Man is a very special challenge, and we are proud to be a part of this success. Over the last weeks, we worked intensively together with BMW Motorrad/Hawk Racing on preparing for the Isle of Man. It is completely different to racing on a circuit, and the bike is pushed to and far over its limits on these difficult roads. Our task was to give Michael an RR that can master this cruel challenge – and we succeeded. We are more than happy that our joint effort with the team has led to this historic win.”

“Congratulations to Michael and BMW Motorrad/Hawk Racing. This is a very special success for BMW Motorrad Motorsport”, added Udo Mark, BMW Motorrad Motorsport Marketing Director. “It was a dream for us to see Michael winning on the Isle of Man exactly 75 years after the historic triumph of Schorsch Meier – and this dream has become reality. Thanks a lot to everyone who played their part in this success. Now we are looking forward to the remaining races on the Isle of Man.”

Dunlop and the BMW Motorrad / Hawk Racing team will also compete in the Superstock race on Monday and the blue riband Senior TT race on Friday.