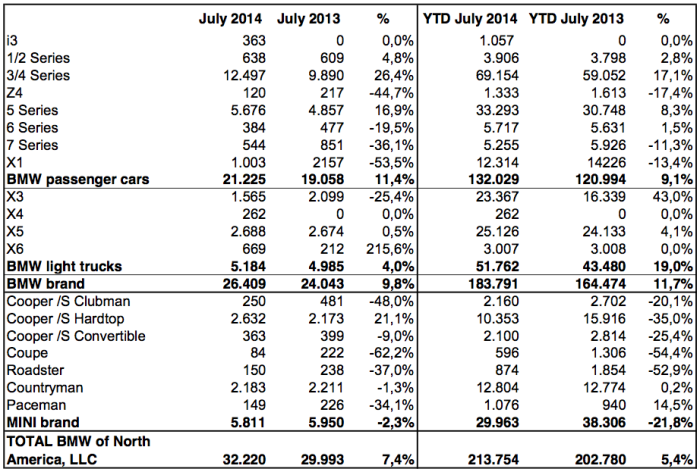 “The sales momentum that’s been building all year reached its year-to-date peak in July, setting a new BMW record for the month,” said Ludwig Willisch, President and CEO, BMW of North America. “There’s certainly more to come, especially with the new X4 and 4 Series Gran Coupe now hitting the market and our revolutionary hybrid-electric BMW i8 on the horizon.”

With 275 retails compared to 163 last year, S-Series performance increased by 69% thanks to the arrival of the final production of the HP4 with 73 deliveries in the month.

Despite a static market, BMW Motorrad remains ahead of last year, up 6.5% after 7 months.

BMW Double Podium Overshadowed by Tragedy on the \’Ring