The following is another one of BMW M’s inside looks at the new M3 and M4. In this interview we hear from M engineer Bernd Jacob who was responsible for the new M Active Differential we’ve been raving about.

Mr Jacob, you are responsible for the locking systems employed in M automobiles. We would like to talk to you today about the Active M differential in the BMW M3 and BMW M4. We wish to begin with the following question: why does a car actually need a differential?

Bernd Jacob: A car needs a differential to compensate for rotational speed differences in the wheels, for instance when driving through a bend. Since the vehicle has a certain width, the wheels on the outside of a curve are required to travel a greater distance than the wheels on the inside of a curve. This means that the outer wheels must rotate faster than the inner ones. To achieve this, a differential is fitted between the wheels of the drive axle – in the case of the BMW M3 and M4, this is the rear axle. 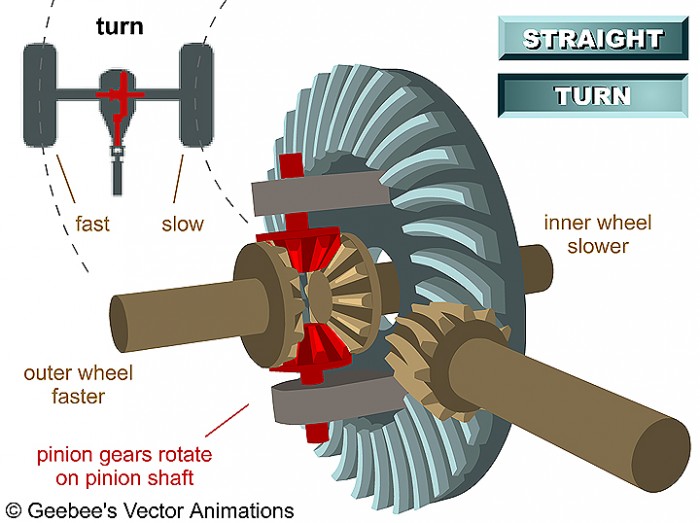 Although this is not necessarily always an advantage?

That is correct. This equal distribution does harbour one handicap. If you accelerate out of a bend adopting a more sport-oriented driving style, the load on the wheel on the inside of the bend is reduced and in turn it can only transfer a reduced torque to the road surface. The outer wheel would be able to transfer considerably more torque to the road due to the higher wheel load, but the normal, open differential only transfers the torque level of the inner wheel to it.

The effect is the same when the two wheels are rotating over surfaces with different frictional coefficients – an extreme example would be when the car has one wheel on ice and the other on high-grip tarmac.

So is this where the locking differential comes into play?

Yes. If the differential is fitted with a locking mechanism, the counterproductive compensation in rotational speed that would occur in the situation just described is prevented. This can occur to differing degrees with a controlled differential lock. In extreme cases, both wheels will be rotating at the same speed, in which case you would speak of a 100% locking effect.

So what you are saying is that with a locking differential it is possible to transfer a higher torque to the road surface. Would the driver be aware of the effect that the differential lock has? Does the car feel any different?

It certainly does. For one thing, in the cases just described, the overall transferred torque increases considerably. The driver is able to drive off or accelerate out of a bend at a much higher speed than would be possible without a differential lock.

The variations in torque between the right and left hand sides result in a yaw moment. If the right rear wheel of the vehicle is subjected to a higher driving force than the left, the vehicle will tend to follow a left-hand bend. The result of this is that the vehicle is more compliant when following the course of a bend. If the driver increases the acceleration even more, after a certain point, there will be an increase in slip when the control systems are deactivated, also referred to as power oversteering. The transition into this range is considerably affected by the triggering of the lock.

In the development and coordination of the Active M (locking) differential, we have attached great value to ensuring that the locking effect is soft, easy to sense, and palpable when it engages. This gives the driver meaningful feedback regarding the traction potential of the rear axle, enabling him to measure out his acceleration at an optimum level.

But does not the use of a differential lock increase the weight of the vehicle?

Yes, it weighs around 10 kg more than a conventional, open differential – but it is placed at the right position, at the rear and the bottom, which means it has a positive effect on the centre of gravity while optimising the vehicle’s traction.

M automobiles have been fitted with locking differentials for several generations but the BMW M3 and BMW M4 are equipped with an Active M differential. What is the ‘active’ part of the differential?

Active means that a whole range of sensors have been built into the car that are able to identify the road conditions, calculate the optimum locking degree, and activate the lock accordingly by means of an electric motor. The central input variables are the torque, the individual rotational speeds of the wheels, the lateral acceleration and the driving speed. Then there is the steering angle and the yaw rate, plus a few additional factors.

What do you mean by ‘optimum’?

Optimum means that the driver benefits from the best combination of vehicle controllability and traction. Whether a professional driver or a relatively inexperienced amateur, the aim is to enable all drivers to drive as fast as possible along a racetrack while maintaining good control of the vehicle, of course always subject to their individual skill and ability. Moreover, the demands placed on a locking mechanism like this under adverse conditions such as ice and snow are quite different to those on a dry racetrack.

So passive systems are less effective at this?

Passive systems primarily react to one input variable. Depending on their construction, this is either the differential speed of the rear wheels or the engine torque. However, the Active M Differential calculates the locking torque on the basis of considerably more input variables. It is therefore possible to react far more specifically to a certain road situation. In addition, an active system is not only able to react but can itself also act. The Active M differential takes into account so-called pre-steering components, which means that it not only responds to an event but actually sets the locking torque even before an event occurs. This results in enhanced transparency in terms of vehicle behaviour and also in better controllability. 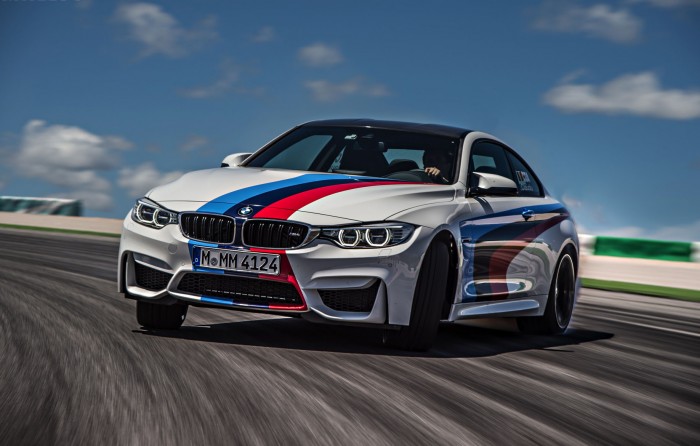 So to a large degree the art consists of attaining the right tuning?

Yes, that is right.

Tuning of the Active M differential is performed hand in hand with that of the chassis and the control systems, such as the DSC. All in all, it is a repetitive process. The responsible engineers conduct their testing activities jointly. The interplay of the individual systems is optimised as they are developed. Our tests are conducted on a variety of tracks under widely differing conditions, such as in Northern Sweden in winter and on the Nürburgring in summer.

In what situations does the differential lock have the greatest effect on vehicle dynamics?

The differential can be felt most clearly when driving in fast or narrow bends. For example, if the car is accelerating out of a hairpin in a pass, you will notice it very clearly.

With the Active M differential, drivers of the new BMW M3 or BMW M4 can not only drive their vehicles faster but they can do so with considerably more driving pleasure behind the wheel.

Mr Jacob, thank you for talking to us.