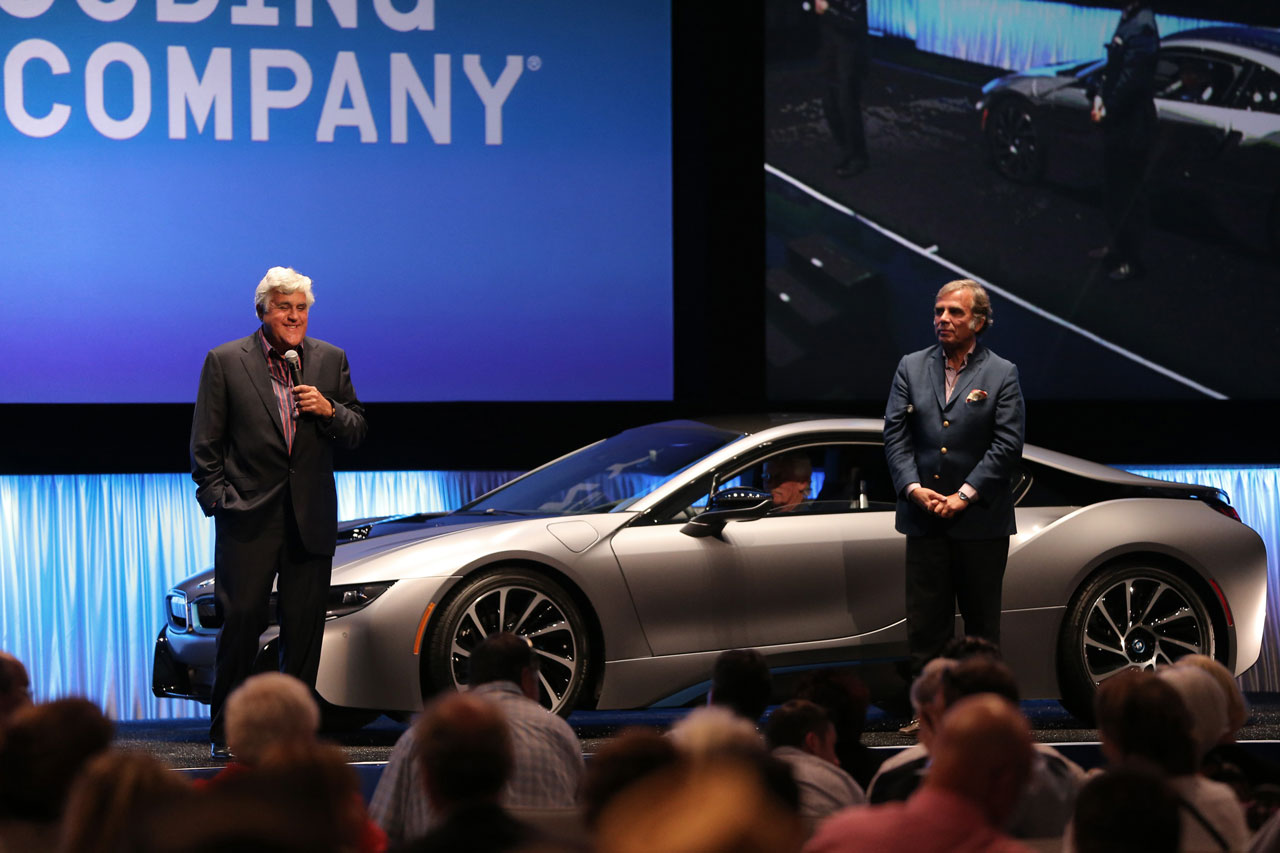 We always knew the i8 had hypercar looks. Now it has a hypercar price. Lastnight at the unique Frozen Grey Metallic i8 sold for $825,000, six times its msrp. The new owners gets the luxury of several things. For one not waiting in a line that spans well into next year. But beyond that they also get the first factory i8 with BMW Individual tailoring applied to it. Beyond the Frozen Grey Metallic the i8 also includes Dalbergia Brown leather upholstery, the optional (and not even available yet) touch-screen key and the $20,000 Louis Vuitton fitted luggage.

Official Release: On Saturday evening, August 16, in celebration of the U.S. arrival of the revolutionary BMW i8, Jay Leno and Ludwig Willisch, President and CEO, BMW of North America, presented a one-of-a-kind 2014 BMW i8 Concours d’Elegance Edition, which was then auctioned off for $825,00, including buyer’s premier, during Gooding & Company’s annual Pebble Beach Auctions. This is a world auction record price for a BMW i8.

Sold ahead of the official BMW i8 fall sale date for approximately six times the MSRP of $135,700, the 2014 BMW i8 Concours d’Elegance Edition is unlike any other BMW i8 in the world. Proceeds of the sale made by Gooding & Company, the official auction house of the Pebble Beach Concours d’Elegance, will go to the Pebble Beach Company Foundation, which raises funds for Monterey County youth and distributes grants spanning the arts, athletics, environmental sciences, educational organizations and community programs.

The 2014 BMW i8 Concours d’Elegance Edition features BMW Individual Frozen Grey Metallic exterior paint and a Dalbergia Brown leather upholstery, which is tanned using dye derived from plant extracts and accented with stitching in BMW i Blue. Other trim accents in BMW i Blue, include the seat belts. Further marking this as truly one-of-a-kind, the words “Concours d’Elegance Edition” i8 are laser etched in the interior and “BMW i8” is embossed into the front headrests.

BMW to Return to LeMans and IMSA

by Staff
BMWi i8 Official News