Official Release: Today, BMW Group celebrated the official opening of its newest Vehicle Distribution Center at the Port of Baltimore. The facility will serve 96 dealers within the Central and Eastern regions of BMW’s dealer network. Ludwig Willisch, President and CEO, BMW of North America, and Craig Westbrook, Vice President – Aftersales, BMW of North America, were in attendance and spoke at the opening.

“BMW Group year-to-date sales in the U.S. set a new benchmark, topping 246,000 vehicles in the first eight months of this year, and we are full of confidence that we will follow our success through the remaining months of 2014,” said Ludwig Willisch, President and CEO, BMW of North America. “For us at BMW, there is nothing more important than the satisfaction of our customers, and this Vehicle Distribution Center will play a critical role in keeping our customers happy with a full supply of new BMW vehicles for them to enjoy.” 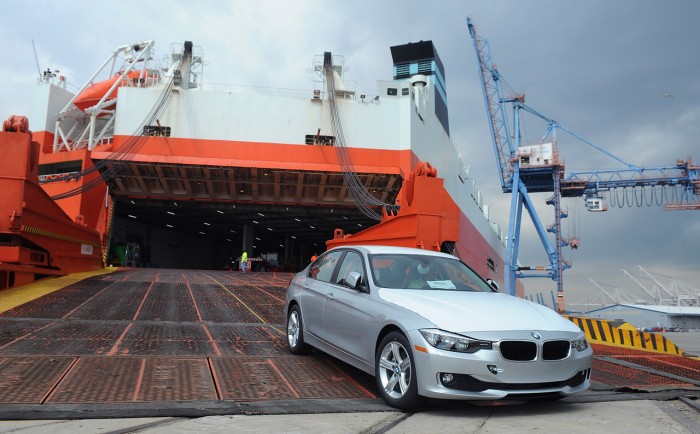 With this new facility, BMW enhances its position at the largest car processing port on the East Coast. Already fully staffed, this Vehicle Distribution Center will import an estimated total of 166,000 vehicles (BMW & MINI) through 2016. Vehicle inspection, repairs (mechanical and Paint and Body), accessory installation, vehicle programming and vehicle maintenance will be performed there as well.

“This is the front line of our customer service effort, especially for our customers in the central part of the U.S.,” said Craig Westbrook, Aftersales VP of BMW of North America. “Our new Baltimore port facility is dedicated to receiving from overseas, rapidly preparing and then quickly delivering new vehicles to our customers and dealers.”

“We are delighted to be involved in a partnership of two very highly-regarded entities in their respective industries, BMW and WWL,” said James J. White, Executive Director, Maryland Port Administration. “BMW is one of the world’s top auto manufacturers and WWL is second to none as a global shipping and logistics company. As the top auto-handling port in the nation, we look forward to watching this relationship grow and succeed.”

A variety of BMW vehicles were on display at the opening event, including the revolutionary i8, BMW’s new plug-in hybrid sports car. With its futuristic design and groundbreaking technology, the BMW i8 will enter the U.S. market early autumn 2014, joining BMW i’s growing lineup of visionary vehicles dedicated to solving many of the mobility challenges faced by the world’s most densely populated cities.

BMW Connected Gets Massive Update for iOS and Android