Stepping into the 335i GT for the first time something sleeker and sportier caught my eye. Amongst the handful of 3GTs on the press launch BMW brought one F32 328i wagon. Fully dressed in M Sport guise it was unarguably attractive. I asked one of the BMW NA folks on hand if it was also available to get into. The answer of course was yes, but the photographer would have to remove his equipment.

There in lies the issue with the touring wagon and why BMW has invested so heavily in an alternative that they hope will appeal to US customers. Even on the press launch for both cars BMW had so little interest from journalists that it became the de facto chase vehicle for the on-hand photographer. The US market response to 3 Series wagons has been similarly tepid. Of course it’s a shame as the touring configuration offers the utility of an crossover with the performance (and importantly the feel) of a sedan. Yet no one is buying them. Both the GT and the touring are priced at $41,450 but BMW has no expectations of decent touring sales. And off the record they’re heart-broken by it. Sure they want to sell cars but the folks are BMWNA (unsurprisingly) enthusiasts of the brand that love the idea of wagons as much as we do. The problem is that they simply don’t sell in the US. Case in point – the most rare BMW model sold in the last 15 years? An E39 540i 6-speed. 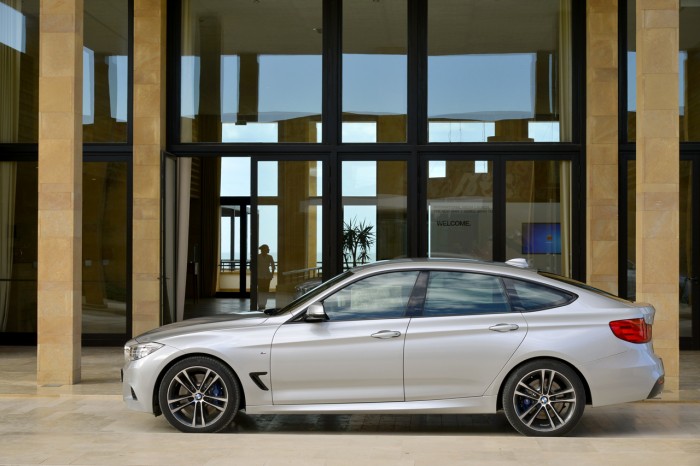 That brings us to the 3 Series GT. It’s easy to dismiss the 3GT (like the 5GT) has an awkward and swollen 3 Series. But a closer look reveals some interesting details. First the 3GT is based off of the Chinese market long wheel-base 3 Series. This allows the 3GT to offer noticeably more rear legroom than any other 3 Series variant. It also gives the car a subtly better ride than any F3X 3 Series I’ve ever driven.

But what the 3GT gains with rear legroom it takes away with rear luggage versatility. Gone is the wagon’s more squared off and efficient storage space and in its place a sleek and less forgiving cargo area. 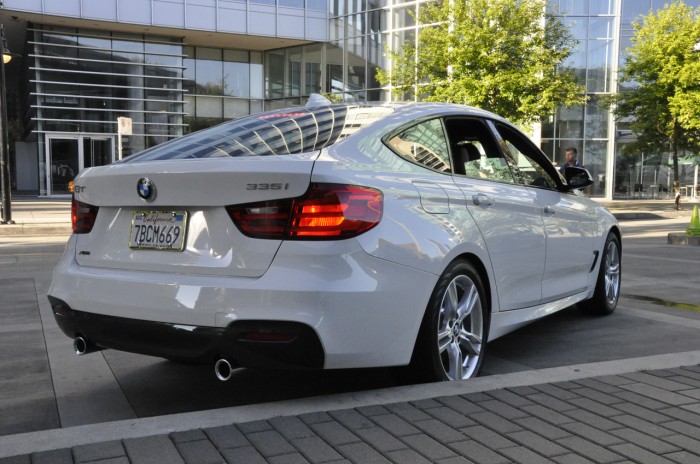 The first thing you notice stepping into the cabin is the seating position. While not as commanding as an SUV it’s decidedly higher than a typical sedan or wagon. The idea is to give the driver better visibility while allowing for easier ingress and egress. The interiors of both are test cars were finished in black leather and the unfortunate (and cheap looking) frozen blue trim. The juxtaposition of the M Sport package with the mom-mobile looks of the GT helped but certainly didn’t erase the overriding feeling that this car was trying hard, really hard to look cool.

Dynamically the GT feels close to the 3 Series sedan in daily traffic. However there is a difference and it’s all down to weight. Not just the fact that the GT has more of it but also that it’s center of gravity is higher. 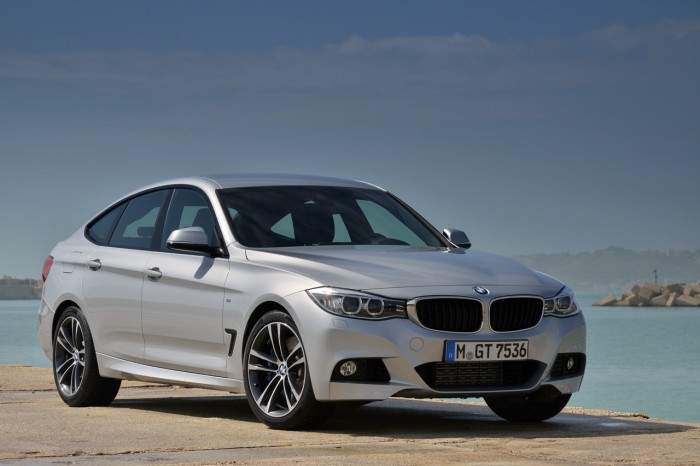 Push the GT only slightly and you feel the weight in the corners as well as under braking (M Sport brakes are a must). Having just driven the 3 Series wagon just hours before it’s clear that the GT is a car full of trade offs. Where the wagon felt like any other F30 sedan, the GT felt slightly less engaging and decidedly less like a drivers car. And coming from the E90 era of 3 Series the reactions to input felt like they were transmitted in slow motion.

For the first time in a 3 Series, the 2.0L N20 feels a little outmatched by the weight of the thing. And the standard brakes, while adequate, aren’t much more. Given that BMWNA mandates AWD on an already large car, we get the first 3 series that eclipses the 4,000 lbs mark with the 335i GT. 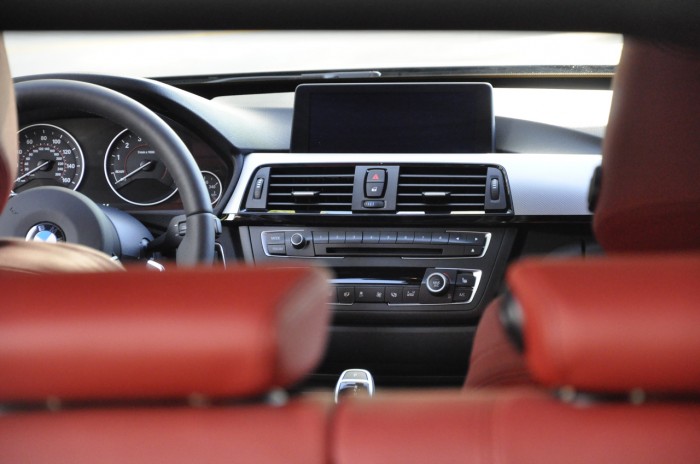 It’s the 335i’s 300 hp N55 that brings the GT alive. Combined with the always exceptional 8 speed automatic (the only choice in both cars) the 335i feels like the car the GT should be. Fast, almost effortless and of course comfortable. The 335i with the M Sport brakes nails the brief of a quick and efficient utility oriented people mover. However anything less the 335i and you’re left wanting.

There are certain things that I found interesting and almost charming with the GT. The frameless doors, the deployable rear wing and the fantastic rear legroom. Yet it’s hard for me to look past the much better looks utility of the 328i wagon. I kept feeling that more time with the car would lessen it’s awkward proportions. Unfortunately that never happened.

The GT exists because we North Americans won’t buy wagons. So BMW has answered with a car that combines the comfort of a larger car with more luggage capacity than a sedan and as much versatility as a SAV. The problem however is that all of this adding has taken something away. BMW has weakened a key part of its DNA and in doing so lessened the very thing that makes us love it’s products. Engagement.