With the 3/4 Series and the X5 tearing up the sales charts, BMW has just recorded it’s best ever year of sales. We should know shortly if it was enough to eclipse Mercedes in overall US Luxury sales. 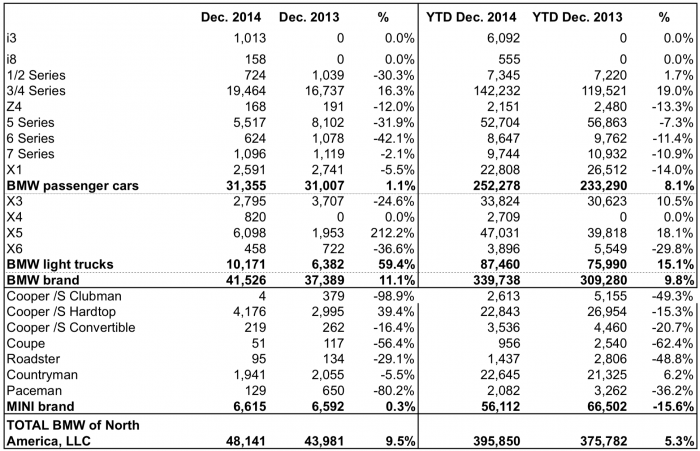 “The record result in 2014 for BMW proves that solid growth is still possible when you have the right products that provide good value for the customer,” said Ludwig Willisch, President and CEO, BMW of North America. “The increases across the BMW line make us optimistic about what’s possible in 2015. I am also very glad to see that MINI set a new sales record in December and I have no doubt MINI will have a great year now that the new models are becoming available.”

For additional perspective from Ludwig Willisch on the 2014 sales year and the outlook for 2015 click here.

Rahal/Letterman M3 Comes in 2nd in GT2 at St. Pete