When the F20/21 was released in 2011 a number of observers were very critical of the front treatment of the car. With this facelift, BMW proposes a new take on the controversial front design – more in-line with what is seen on the F22 2 series – along with a number other exterior, interior and mechanical changes. Unfortunately this particular car is not available to US customers, but it is always interesting to see where BMW design is headed through new models.

**Official Release:** Almost two million units of the BMW 1 Series have been sold worldwide over the last ten years, and this latest edition is poised to set another new benchmark in driving pleasure in the premium compact segment. The new 3-door and 5-door BMW 1 Series models come with a comprehensively revised engine line-up and additional measures designed to reduce fuel consumption and emissions, allowing them to lead the way once again in the introduction of new BMW EfficientDynamics technology.

The selection of engines available for the new BMW 1 Series model range has been enhanced by the addition of latest-generation petrol and diesel units with three and four cylinders. The torquey and high-revving engines with BMW TwinPower Turbo technology team up with rear-wheel drive – still a unique selling point in the compact segment – to deliver a suitably intense driving experience. And an even broader spread of standard equipment, an output boost for the six-cylinder in-line engine powering the BMW M135i M Performance Automobile and cutting-edge innovations from BMW ConnectedDrive also imbue the brand’s hallmark characteristics with renewed vigor. 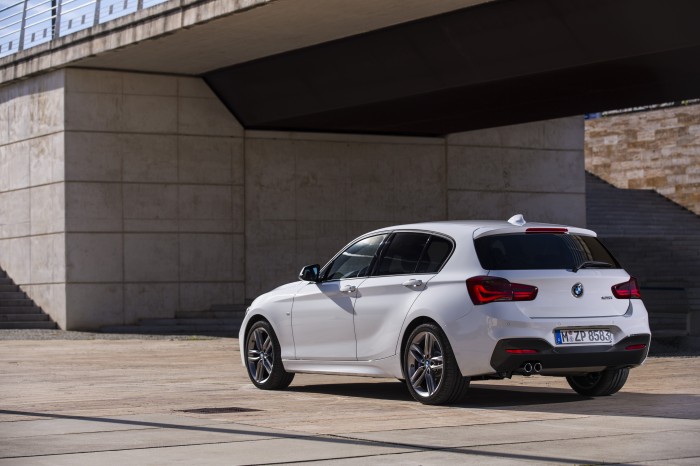 Carefully considered updates to the exterior design of the new BMW 1 Series shine the spotlight on its sporting elegance and high-end presence. A newly designed BMW kidney grille and larger air intakes help to emphasise the car’s dynamic potential in familiar BMW style. Headlights with a significantly flatter geometry play a similar role. They come with LED daytime driving lights as standard and can now be specified in full-LED specification as an option. The rear lights have also been completely remodelled. They now display the “L” shape characteristic of BMW models and reveal LED-powered lights. Elsewhere, the sophisticated design of the upper centre console with the controls for the radio and climate control system is foremost in accentuating the premium ambience on board the new BMW 1 Series. 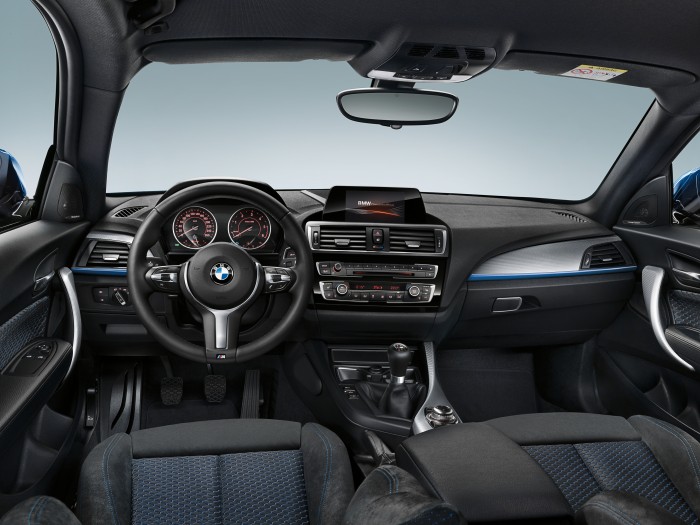 As an alternative to the standard six-speed manual gearbox, there is the option of an eight-speed Steptronic transmission (standard in the BMW 125d, BMW 120d xDrive and BMW M135i xDrive). The latest version of the automatic unit now also offers transmission management supported by navigation data. 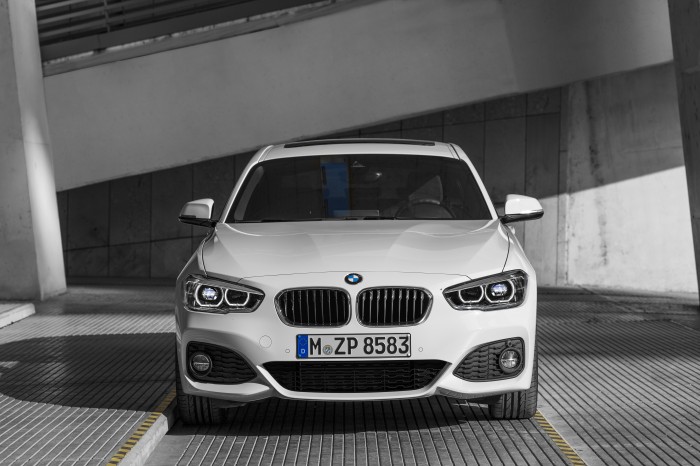 Advanced chassis technology teams up with rear-wheel drive and an almost perfect (50 : 50) distribution of weight between the front and rear axles to give the new BMW 1 Series unmistakable handling traits headlined by agility and dynamic excellence. Options include adaptive suspension, M Sport suspension, Variable Sports Steering and an M Sport braking system. A Tyre Pressure Indicator showing each individual wheel is now part of the standard specification.

The selection of optional driver assistance systems from BMW ConnectedDrive available for the BMW 1 Series now also includes the radar-based Active Cruise Control system with Stop & Go function. The latest-generation Parking Assistant now enables parallel parking in tight spaces restricted either by two obstacles or on one side only, as well as automatic transverse parking. Features such as the camera-based Driving Assistant, rear-view camera and Speed Limit Info system with No Passing Info display can also be specified.

All models in the new BMW 1 Series line-up come as standard with an embedded SIM card, which allows use of the likewise standard Intelligent Emergency Call and BMW TeleServices functions, as well as access to optional internet-based mobility services. In addition to BMW Online and Real Time Traffic Information, customers can also enjoy the Online entertainment function. Further online services can be integrated into the car using smartphone apps and operated safely, intuitively and conveniently via the iDrive system. Meanwhile, the new Navigation system Professional also offers automatic map updating by mobile phone via the embedded SIM card, which is free of charge to customers for the first three years following registration of the car.

BMW NA to Get New CEO This Fall

BMW Classic Opens up to the Public for the First Time