Earlier this week, our sister site MotoringFile [linked](http://www.motoringfile.com/2015/01/27/car-purists-vs-active-sound/) to an [article](http://www.washingtonpost.com/business/economy/americas-best-selling-cars-and-trucks-are-built-on-lies-the-rise-of-fake-engine-noise/2015/01/21/6db09a10-a0ba-11e4-b146-577832eafcb4_story.html?tid=pm_pop) from the [Washington Post](www.washingtonpost.com) describing how car enthusiasts feel about technology-generated engine sounds. Our takeaway was that Active Sound is a necessary evil given the advances made in fuel efficiency (e.g. displacement on demand) and safety. Since I have not had the chance to exchange with an engineer from MINI about this technology, I’m the first to admit that my knowledge on the topic is very limited. With that in mind, and thanks to a detailed anonymous tip from a [SME](http://en.wikipedia.org/wiki/Subject-matter_expert), we’ve decided to demystify the inner workings of Active Sound. In short, it is not evil and has nothing to do with fake engine noise.

Very often and across various industries, observers, enthusiasts or mis-informed journalists (kind of paradoxical if you ask me) consider new technologies such as Active Sound as black sorcery. It’s change for the sake of change and tends to ruin the driving experience, or as some of MotoringFile commenters like to say, “it ruins the brand.” But from what we gather, it appears that the notion that car manufacturers are using engine recordings and pumping them into the cabin is quite misguided.

To make a vehicle sound “sporty,” car companies have historically employed a variety of design and engineering techniques that can lead to undesirable cabin noises. Traditional methods to solve this problem involve [balance shafts](http://en.wikipedia.org/wiki/Balance_shaft), active exhaust and induction tubing. Since this process consumes significant engineering and financial resources, does it really matter if the ideal sound is electronically achieved rather than mechanically? We’re beginning to think not. 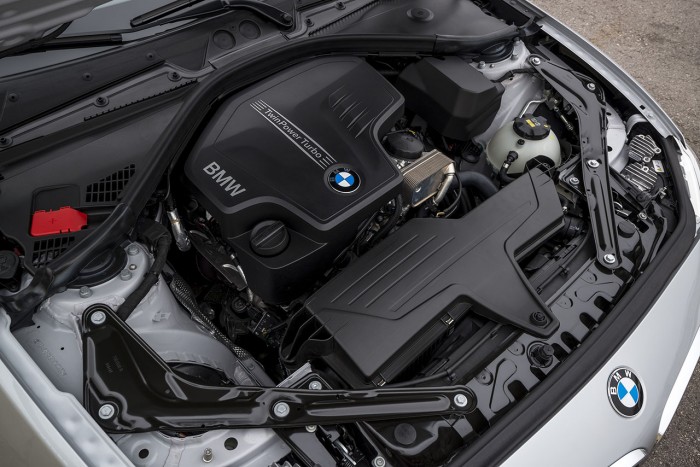 Manufacturers of car audio products such as [Harman Kardon](http://www.harmankardon.com/estore/hk/us/index.jsp) dedicate massive R&D efforts into noise management (e.g. cancellation, enhancement). In fact, they partner with car companies early in the development cycle of a new vehicle to create the best cabin experience possible. It involves analyzing the engine sound at all RPMs and looking for specific frequencies (harmonics) that are deficient. Engineers then adjust these frequencies in very subtle amounts to achieve a smooth sound across the RPM band.

Thousands of measurements are recorded in each seat of the car. In cases where a frequency is deficient, an amplifier generates a waveform that is similar to a [sine wave](http://en.wikipedia.org/wiki/Sine_wave) (as opposed to an engine recording) at the specific frequency where the drivetrain harmonic is missing. If the deficiency is in the exhaust area, a tone from the rear speakers is generated. If it’s engine-related, a tone from the front-end of the car is generated. The end-result is a cabin sound that the car manufacturer wanted to achieve and would have done so mechanically until this technology became available.

Based on what we’ve just described, it seems obvious that this technology is here to stay. Active Sound saves money (and potentially even weight) while achieving the same mechanically engineered sound and driving experience. What’s not to like? Besides, millions of cars already boast the technology. On side note, our recommendation to car makers would be to better communicate on the subject. Although most drivers don’t care for these details, it would go a long way in the enthusiast community.

The History of the BMW M5 as Told by Tiff Needell