Lucas Luhr (DE), John Edwards (US) and Jens Klingmann (DE) finished fourth in the GTLM class for BMW Team RLL in the 12 Hours of Sebring (US), the second round of the TUDOR United SportsCar Championship (USCC). The three drivers completed a total of 329 laps with the No. 24 BMW Z4 GTLM. The No. 3 Corvette crew of Antonio García (ES), Jan Magnussen (DK) and Ryan Briscoe (AU) claimed the GTLM victory.

With ambient temperatures up to 91degrees Fahrenheit, the endurance classic at the Sebring International Raceway turned out to be a truly heated affair. For most of the race, the GTLM field was running closely together, delivering some gripping racing action for the fans surrounding the 3.74-mile, 17-turn circuit. Following a final full-course yellow with two hours to go, the cars on the lead lap were once again bunched up before entering the decisive phase of the race. With final stint driver Luhr at the wheel, the number 24 car crossed the line in fourth after 12 hours of racing, despite a problem with the power steering in the final stages of the race. 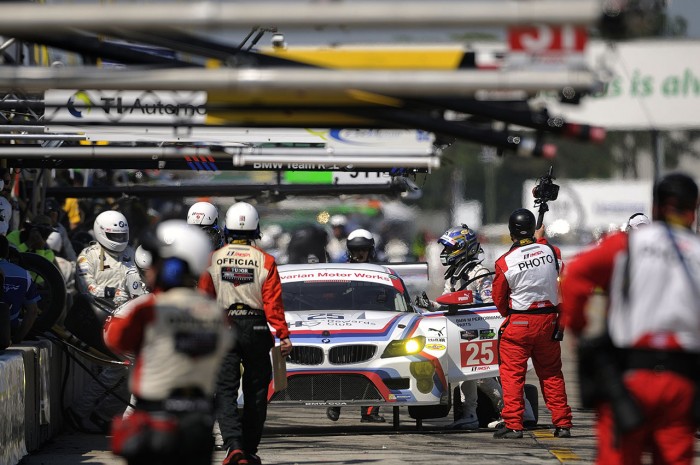 For Dirk Werner (DE), Bill Auberlen (US) and Augusto Farfus (BR) the race didn’t go according to plan with the No. 25 BMW Z4 GTLM. After five and a half hours, Werner entered the pit lane with a damaged front subframe, running in sixth at that time. The necessary repair work cost the trio more than ten laps, and they dropped to the very back of the GTLM field. Werner, Auberlen and Farfus proved their fighting spirit in the second half of the race, ultimately finishing eighth.

Prior to the start of the race, the winning BMW 3.0 CSL from 1975 went out on an honorary lap with Hans-Joachim Stuck (DE) at the wheel. Several members of the BMW Motorsport crew from 40 years ago followed him in two BMW M4 Convertibles. Among them were Jochen Neerpasch (DE), the first Managing Director of BMW Motorsport GmbH, and Stuck’s 1975 team-mate, Brian Redman (GB). In addition, Stuck had the honour of serving as “Grand Marshal” for the event. 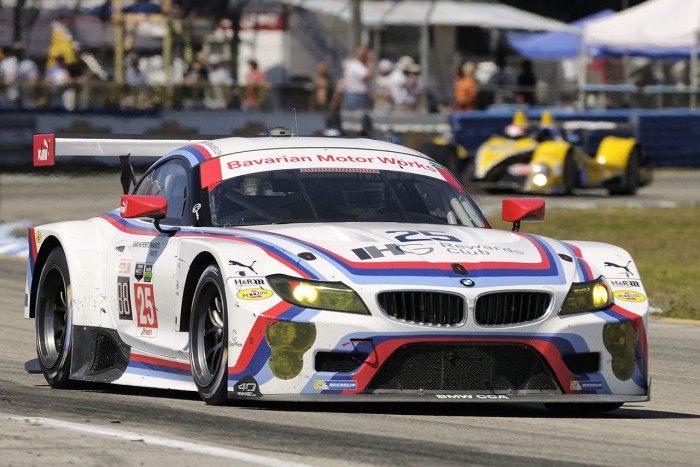 “Obviously we had hoped for a more successful outcome of the race and would have loved to make it into the top-three, especially considering it was the 40th anniversary of BMW Motorsport’s maiden Sebring win. A podium was in reach for car number 24 until the final stint. However, a power steering failure made this impossible in the end. Number 25 also suffered a dose of bad luck: a technical problem took it out of contention quite early in the race. However, I would like to praise the whole team. Especially for our drivers, it was far from easy today due to the heat. Everyone put up a fantastic fight in these tropical conditions and gave their all. In any case, the presence of the winning squad with the BMW 3.0 CSL from 1975 made this race really special for us. We will now work hard to return to the podium in the forthcoming United SportsCar Championship race, as it was the case at the season opener. The race in Long Beach will be a completely new ballgame. Congratulations to the Corvette crew for this victory.”

“It has been a disappointing day in many respects. The strategy was working very well on the 24 car and then we had a power steering issue at the end. We could have ended up second for sure. It was just a shame, but we ended up fourth, that is not the worst thing in the world, but it is disappointing when things were kind of going according to plan. Then on the 25 car we had a suspension breakage that lost us a lot of time. It still finished, but it is a lot of work on this track and you would like to be rewarded a little bit more for all that work.” 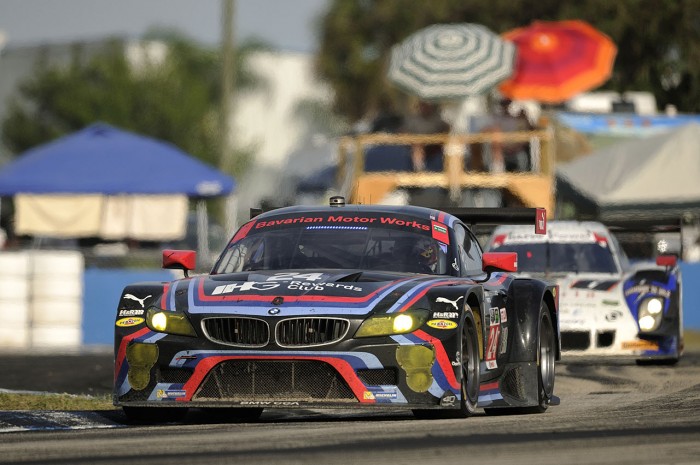 “It has been a long day. When we first came here we all thought our pace was better than it really was at the end. We have finished fourth twice now, which is not an ideal result. But we had problems at the end that meant the car didn’t steer properly. It was very tough and hard and I am just glad the race is over. We were there. We were on the lead lap, we stuck to our plan, but we were missing a little bit to have a fight with the others today. We go back home, see what went wrong, what was good and we will come back and hopefully we will be on the podium.”

“It was a hot one today. My stints were fairly close together so I had to kind of rush to get my lunch in, rehydrate and get back in the car. At the end of the day the car was consistent, and not super difficult to drive, but I think we are lacking a little bit of pace that some of the front runners had at least in the race trim. Having this in mind, P4 isn’t too bad.”

“Of course we had hoped for a bit more here in Sebring. A podium would have been great. This time we were even closer than when we came fourth in Daytona. However, for me personally it was a great experience. It was my first race in Sebring – and I found my way quite well straight away. The team did a great job. It’s a pity that the power steering hampered us from scoring a better result. But I’m sure the boys will make it onto the podium in the next races. I’m already looking forward to being back with the team in Road Atlanta.”

“It was a tough day for us, and in the end for the whole team and our car, especially because in the middle of the race we were over ten laps back because we had a problem with the car. We tried to put the car back on the track and show it to the fans to the end of the race. It was still fun to drive, but it is disappointing for sure because there was a good chance today to maybe get onto the podium, and also get some good points. The next one is Long Beach and that is Bill’s home track so we will be good there.” 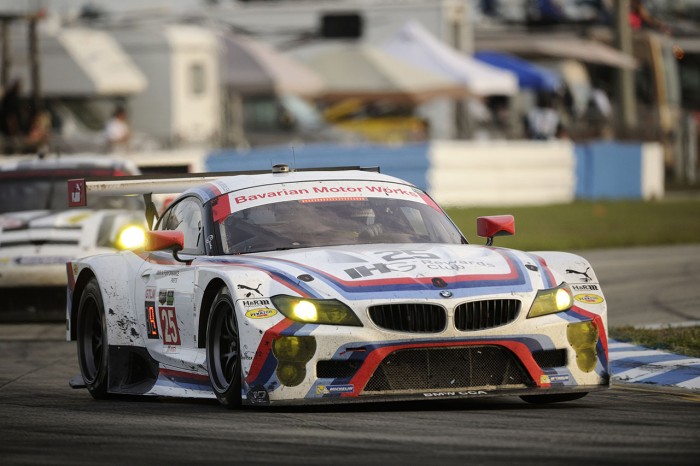 “I had huge hopes coming into here. With the livery that was representing the victory from 1975 I wanted more than anything to bring home a win. Instead we had a very rare mechanical failure. We have never had problems with this part as we had today. If it is going to come up it is going to come up in Sebring, that will do it. But I set the fastest race lap, which shows we had pace, and we just have to take it to the competition in Long Beach and keep going on.”

Augusto Farfus (No. 25 BMW Z4 GTLM, 8th place):
“I am very disappointed with the race. It didn’t go as we planned. Even if we did have a failure, we didn’t have the pace over the distance. But I have to say the team has done a great job and I am looking forward to more races in the US, but now for me it is time to go to Europe and concentrate on the DTM.”

The third round of the 2015 TUDOR United Sports Car Championship will be held in Long Beach, California on April 18th.