The work as been done. BMW can now lay claim to the world automotive leader in mass carbon fiber production. The i3 and the i8 served as the templates for the process. Now with the 2016 G11 7 Series BMW is readying the rollout of that process to a normal production vehicle.

According to Autocar and BMW insiders, “Arguably, the biggest achievement with the (new) 7 Series is the industrialisation of these processes. We have learned many lessons from i3 and the carbonfibre components are not the limiting factor in the speed of 7 Series construction.” 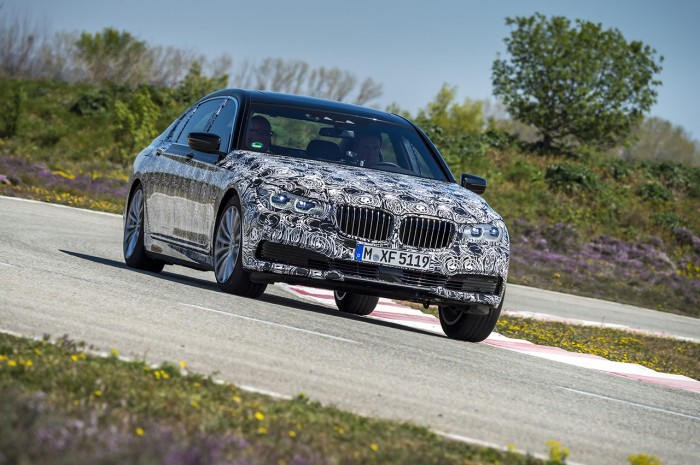 That means BMW has reached the holy grail of carbon fiber production. The company can seemingly produce CF and CFRP at normal production volumes cheaply and reliably. That sets the stage for a shift in design, engineering, efficiency and performance in the years ahead.

But it’s not just the addition of CF and CFRP that allows these figures. Everything from bearing hubs to brake calipers have been rethought to reduce weight. The use of high strength high-tensile steel and aluminum also has helped the overall weight.

Yes BMW intends to employ these principles in both the next generation of the 3 and 5 series. Yet how much of it is still unclear. carbon fiber still costs more money than steel and these type of advanced production processes and the costs associated with them can be absorbed far easier in a $90,000 car than a $35,000 one. Yet we do expect to see a good deal of this technology and production know how make it to both the next generation 5 Series (due out in late 2016) and 3 Series (2018).