It was a gorgeous day at Road America. Too bad BMW Team RLL didn’t have luck or the “Balance of Performance” regulations on their side. Due to a recent “adjustment” after the Z4 perhaps looked a little fast, BMW Team RLL found itself struggling to keep pace with the front runners. That left the team in fifth and sixth in today’s two-hour-and-forty-minute Continental Tire Road Race Showcase at Road America, in Elkhart Lake, Wis. Bill Auberlen and Dirk Werner finished fifth in the No. 25 Z4. John Edwards and Lucas Luhr, driving the No. 24 machine, finished one position behind in sixth. The race was won by the No. 911 Porsche. 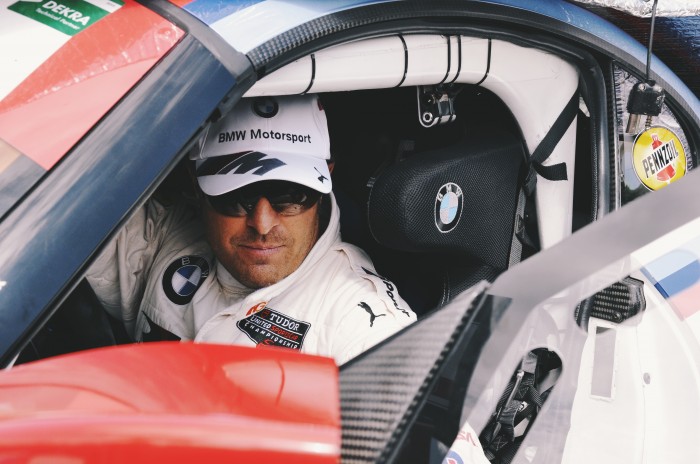 Official Release:The venerable Road America circuit has historically been a very successful race track for BMW Team RLL, but today was an exception. Neither BMW Z4 was able to meet the pace of the rest of the GTLM class after recent Balance of Performance adjustments relegated the BMWs to be one second off most of the field and two seconds off the winning Porsche.

The race began with the No. 24 Z4 of John Edwards starting from fourth and Bill Auberlen sixth in the No. 25 machine. Both BMWs and the rest of the GTLM class took to the pit lane on lap 14 under the only caution period of the race. Edwards stayed in the No. 24 while the crew fueled and fitted new Michelin tires. He reentered the race in fifth place. Dirk Werner took over for Auberlen in the No. 25 Z4 and after service was the last GTLM car to leave the pits. As the race passed the one hour mark Edwards held the fifth spot, Werner the eighth. Both cars made their second pit stop under green with just over an hour left in the race. Lucas Luhr took over for Edwards on lap 40 and, one lap later, Werner entered the pits for his stop. After the rest of the GTLM field cycled though Werner and Luhr raced in the sixth and seventh positions respectively. Werner brought the No. 25 Z4 in early for a splash of fuel allowing him to make it to the end. With thirty minutes remaining Luhr was fourth with Werner right behind him in fifth. Luhr had to stop for fuel six laps from the end falling to sixth. 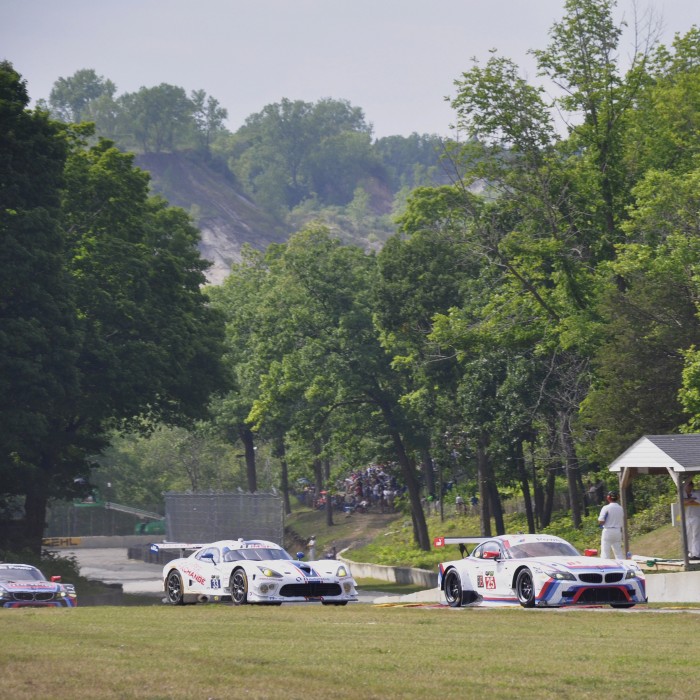 Bobby Rahal (Team Principal, BMW Team RLL): “It was a very disappointing day. We did the best we could with what we had. The BoP adjustments that have been given to Porsche and Ferrari over the last few races is not balanced. I know it is going to be a tough last part of the year if it continues like this.”

Bill Auberlen (No. 25 BMW Z4 GTLM, 5th): “The team ran a great strategy and we had as good a car as we have ever had here, but I think the series has given a little too much to people who didn’t need it. Now the Porsches have run away and the Ferrari is just behind them. We had good battles with the Corvette and the Falken car, but it was a very tough day in the office.” 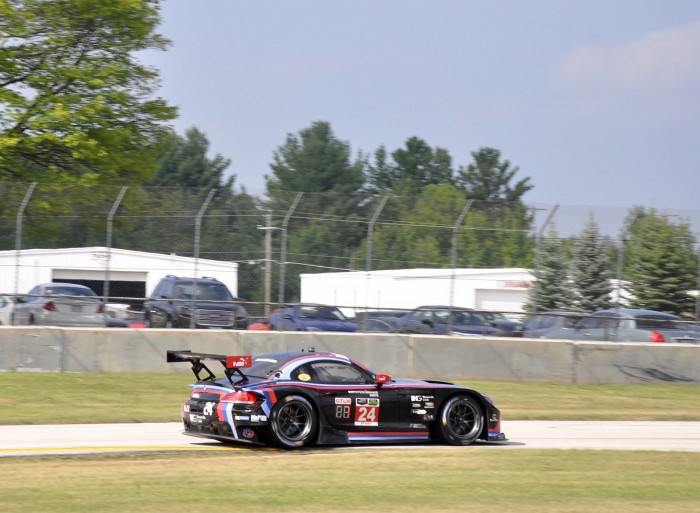 Dirk Werner (No. 25 BMW Z4 GTLM, 5th): “It definitely was a difficult race because the pace, especially of the Porsches, was just too fast. There was no way for us today to drive onto the podium. We were fighting with the Corvette, which seemed to be a fair fight. I was trying to hold off the No. 3 Corvette to maybe get the lead in the driver points, but towards the end Katherine Legge in the Delta Wing braked at the exit of turn 13 and I was forced to slow.”

John Edwards (No. 24 BMW Z4 GTLM, 6th): “On days like today there is not too much you can do. We are two seconds off the Porsches. We will have a post race team meeting to review the situation, but at the end of the day we are not going to find two seconds.” 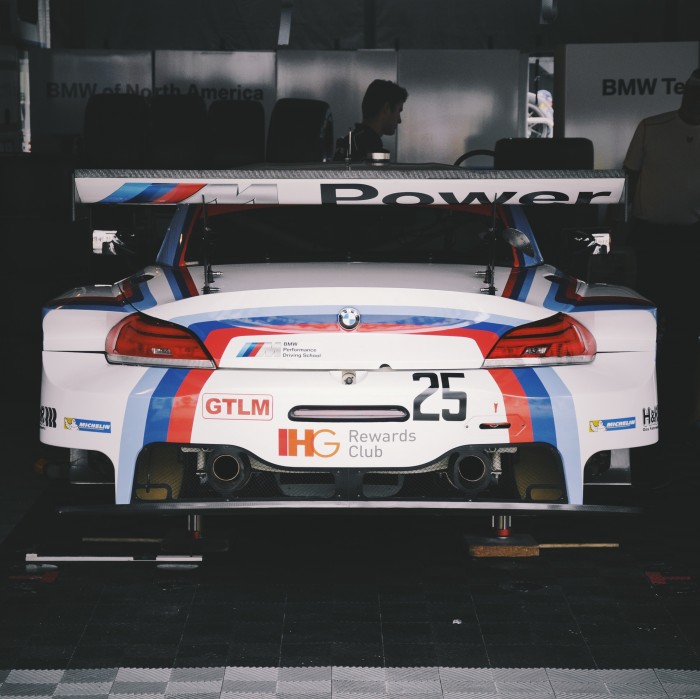 Lucas Luhr (No. 24 BMW Z4 GTLM, 6th): “Two seconds a lap time difference, even more sometimes, no matter what that is not correct. Something needs to be done. On our side, I think we did what we could. Maybe we missed a little bit because we got washed out on Friday’s practice, but for sure we didn’t miss two seconds.”