There have been on again and off again rumors since the launch of the i3 stateside that a sunroof would be offered on the carbon based EV. In Europe the sunroof has been optional and while it is a peculiar piece of equipment by design many buyers from the old continent have chosen to include it on build sheets. After snapping some shots of a US specced i3 under going testing outside of Munich (as noted by the orange reflectors and after checking the VIN) we queried some contacts and a well placed anonymous source has confirmed that the US i3 will indeed be offered with a sunroof. This particular car was Rex equipped and undergoing testing for new software, set to launch in the not so distant future, which improves overall drivability of the Rex equipped models. 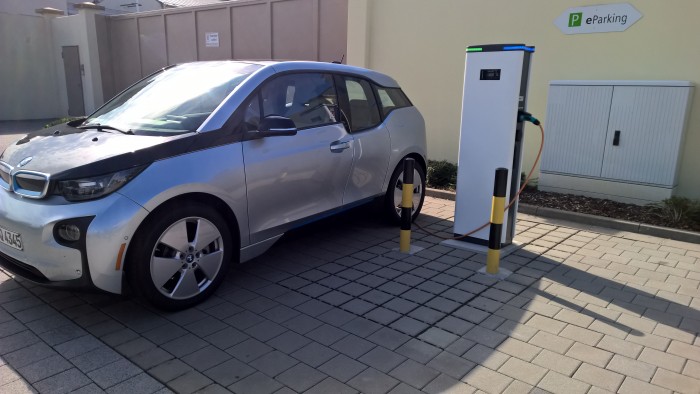 An additional source has indicated that US i3 models are undergoing testing with the “Japanese” suspension. This suspension kit is designed to lower the car and provide sportier driving characteristics and will be offered as part of a pseudo sports line that may have a new interior design and wheels though the source noted it as speculation as he was unaware of the final packaging. We have not been lucky enough to see these cars yet as testing is being completed at night and is minimal due to the testing already completed for Japanese homologation.

The US cars will have new paint colors- including an all black version that surely going to be HOT and decrease overall efficiency as the A/C in the i3 already has its work cut out for it….

Official Photos: BMW i3 & i8 in Chicago