Four years ago this fall I took delivery of my BMW 1M. I had been on the list for one at my local dealer (creating it in fact) ever since I came home from the 135i launch in the winter of 2008. My thought was simple: if the 135i is this enjoyable in standard series form, imagine what The M division could do with it.

Through four years and 13,000 miles the 1M has more than loved up to that promise. A few of us at BF (mostly me admittedly) have waxed poetically about the car over the years probably more than enough for some. But with the hindsight of four years and a successor on the horizon with the M2, it’s a good time to look back. 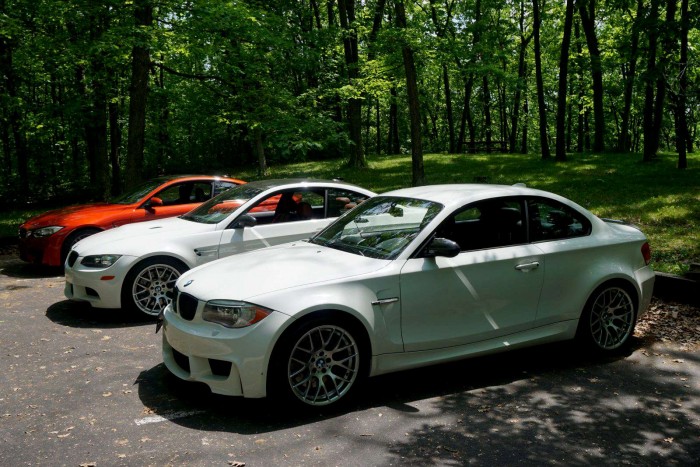 The 1M was meant to be both a product to fill a gap (between in the aging E9x M3 and its successors) and return M to its roots. It was a bold plan not in its technical achievements but in its speed to market and plan to raid the parts bin of M range (specifically the M3). In the 60’s, the muscle car formula often was simply dropping a big engine in a small car. That’s the basic formula BMW M employees with the 1M. As any old hot-ridders know, it tends to work like a charm. Perhaps unsurprisingly, it did just that with the 1M.

Owning and living with a 1M is an exercise in restraint. While I haven’t minded putting miles on it, my philosophy has been to always make them quality miles. So that means not a lot of mindless highway travel and rarely using it for daily commutes. The by product is that every time the engine fires (about once every week or two) it feels special. And it sounds special too. With the M exhaust and M software tune the engine starts up in a cold state much louder and purposeful than any other N54 based BMW I’ve ever owned or driven. Following in the tradition of most M engines, the cold start is a not-so-subtle reminder that there’s something powerful lurking under the hood. 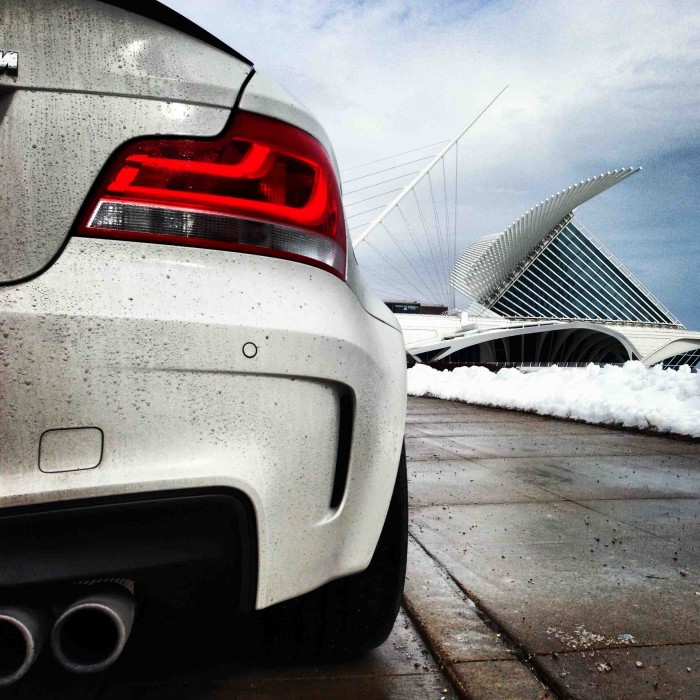 The other by product of this restraint is low miles. Not a particularly bad thing on a car that has appreciated anywhere from 10-20% depending on where you look.

That brings up the next question. When to sell? Do you sell? After four years the question I ask myself is, why would I sell? The 1M is a special car. Flawed in all the right ways and severely limited in quantity, it’s an equation that is rare to find from a major auto company (especially these days). I was tempted by the Cayman GT4 (and even the on the list) but the lack of back seats and decent storage space would have meant it would have been used in an even more limited fashion. Totally fine but that doesn’t match how I would want to use it. The same temptation applies for the 997 GT3 but with similar drawbacks I’ve never seriously considered pulling the trigger. As much as I’ve looked over the past few years, it typically just takes a quick blast in the 1M to erase all ideas of selling.

Of course there’s another car on the horizon that would seem like more direct competition for the 1M. The M2 takes many of those ingredients that made the 1M so special and turns the power and chassis sophistication up a notch. While we haven’t driven the car yet (that will come in early February) we know the results include a car that is faster and more capable on the track. It sounds tempting but magic of the 1M isn’t necessarily speed – it’s feel. Whether the M2 will deliver the experience the 1M does in spades remains to be seen. But the idea of spending money on a car that is (likely) more money with less rarity following a similar recipe (this time with EPS) doesn’t seem that compelling to me. Yet. 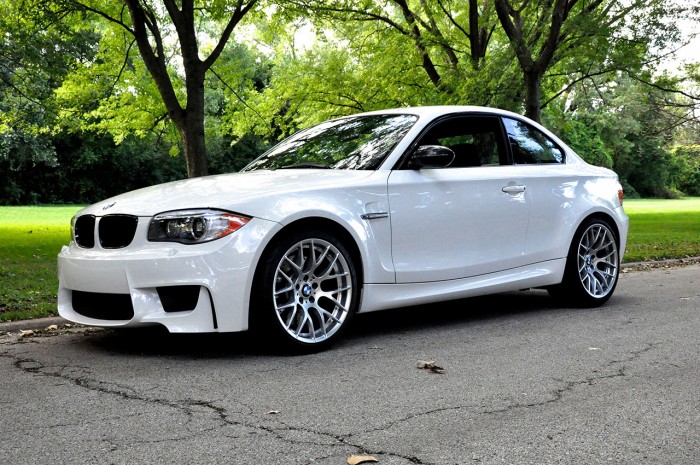 Exiting the fourth year of ownership means that BMW’s fantastic warranty has expired. Before that fateful day I spent some time going over the car making sure there was nothing I would consider a fault. I had my dealer Knauz BMW replace the iDrive screen (it had gotten slightly dim) and flush the differential fluid. Otherwise they performed the standard service and gave the car a clean bill of health. Being out of warranty seems strange given how new the car feels and even smells.

Tires are another matter. The rear Michelin PS2s that came on the car had become wonderfully worn to the point that drifting the car could happen in any gear and any time. Fun but ultimately not ideal in the rain. Replacing them however was slightly problematic as the PS2s have recently been replaced by Michelin with the new Super Sports (as found on the M3 and M4)21`. Better tires in every way, they were hard to pass up. But the idea of mixing tires (even if they were the same company and category) was a little worrisome to me. So I asked the experts at Tirerack and BMWNA. Both gave me the thumbs up telling me that the Super Sports had better dry and wet weather grip, better tread life, faster steering response and even tended to be slightly lighter. And since they were so similar in design mixing the set wouldn’t have any noticeable affects. 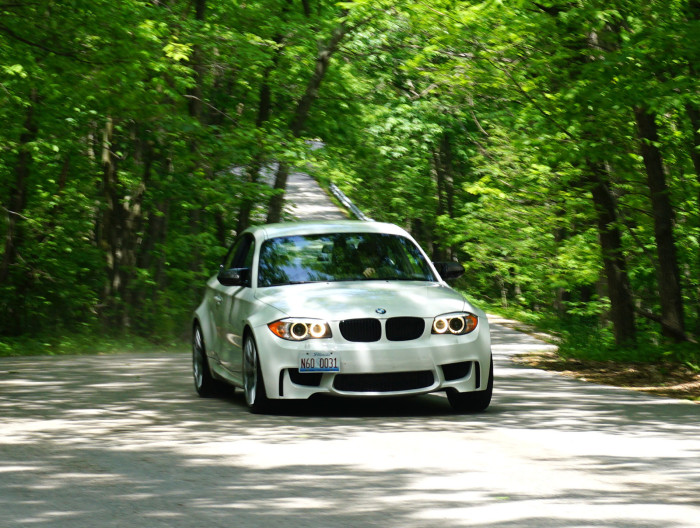 When I ordered my 1M the expectation was that I would keep it forever. Yet in the back of my mind I knew that was a long shot. Admittedly I get bored easily with cars and often make a switch 2-3 years into ownership. But with the 1M that hasn’t been the case. Every time I get behind the wheel Im reminded of everything I imagined it would be in 2008. The 1M’s personality is much less serious than any modern M car and its limits are more accessible. The combination of the two endow it with something the so many modern BMWs have shied away from; fun. Will it hold up in the years ahead? And how will it compare with the M2? Stay tuned. 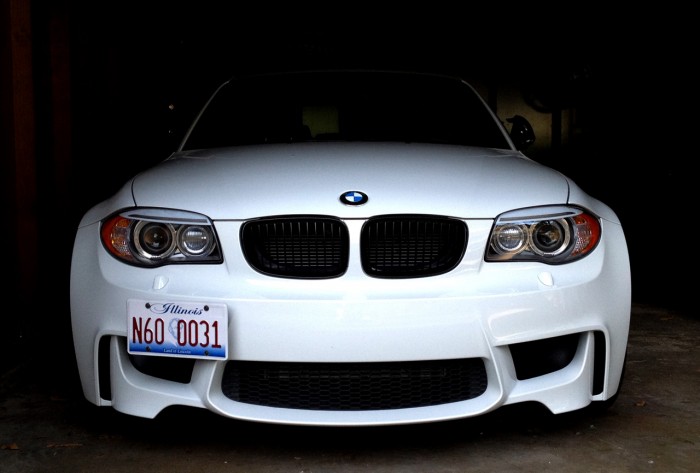 The Death of the M1 Has Been Greatly Exaggerated

Quick Drive: 2020 M235i Gran Coupe Is an Impressive Sedan with One Major Flaw