Kicking off the 100 year anniversary of the BMW Group, the BMW M760i xDrive and BMW ALPINA B7 xDrive will make their North American debuts at the 2016 New York International Auto Show on Wednesday, March 23, 2016 at the Jacob K. Javits Convention Center (located at 655 West 34th Street (at 11th Avenue), Manhattan. The BMW lineup will also feature the BMW M2, BMW X4 M40i, BMW 7 Series, BMW X1, BMW 330e, BMW i8 and others. English and Spanish-speaking BMW representatives will be available for interviews on Wednesday, March 23rd and Thursday, March 24th. 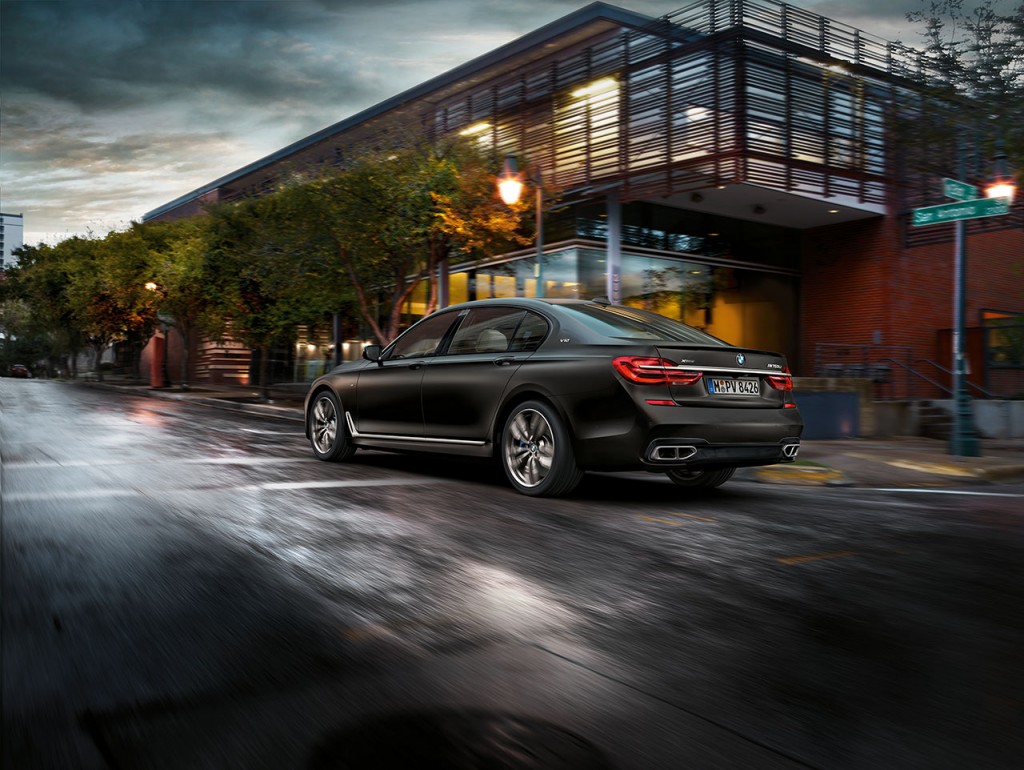 Also making its North American debut, the 2017 BMW ALPINA B7 xDrive blends ultimate luxury and precision dynamics with the most advanced suspension and chassis technology with ALPINA calibration. For the first time, the BMW ALPINA B7 xDrive includes Integral Active Steering, typically associated with sports cars, and combines a variable ratio electric steering system at the front axle with active steering on the rear axle for increased agility and dynamic handling. The new 4.4 liter 8-cylinder engine delivers an impressive output of 600 bHP and a maximum torque of 590 lb-ft, resulting in remarkable acceleration – from 0-60 mph in 3.6 seconds, 0.8 seconds faster than its predecessor. Built for cruising at maximum comfort, the BMW ALPINA B7’s high-performance drivetrain is complemented by its aerodynamic elements and sporty yet elegant interior design. The BMW ALPINA B7 arrives in U.S. showrooms in September 2016. 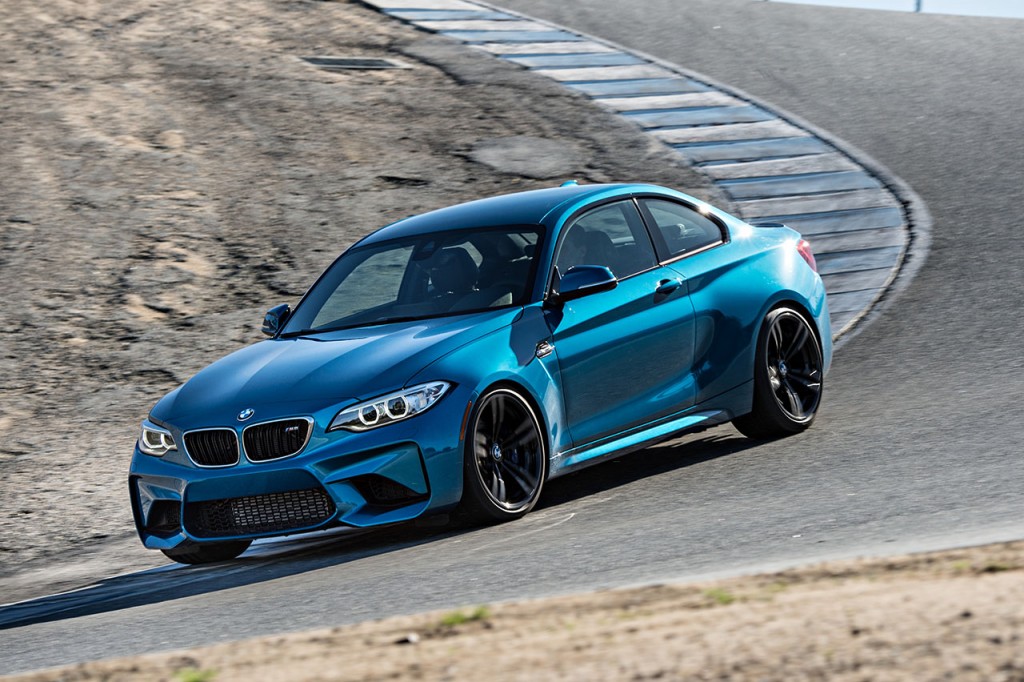 Hot off its world debut at January’s North American International Auto Show in Detroit, the 2016 BMW M2 features renowned BMW M performance, complemented by a striking exterior appearance and sleek interior. A newly developed M TwinPower Turbo technology 3-liter, 6-cylinder engine produces 365 bHP and 369 lb-ft of torque in overboost, catapulting the high performance vehicle from 0-60 mph in 4.2 seconds. Inspired by its motorsport history and enhanced by BMW EfficientDynamics technology, the BMW M2 sets the pace in its segment when it comes to agility, driving feeling, directional stability, steering precision and controllability at the limit, without any compromise in everyday use. The 2016 BMW M2 will be available in U.S. showrooms in April 2016. The MSRP for the BMW M2 is $51,700 plus $995 Destination and Handling. 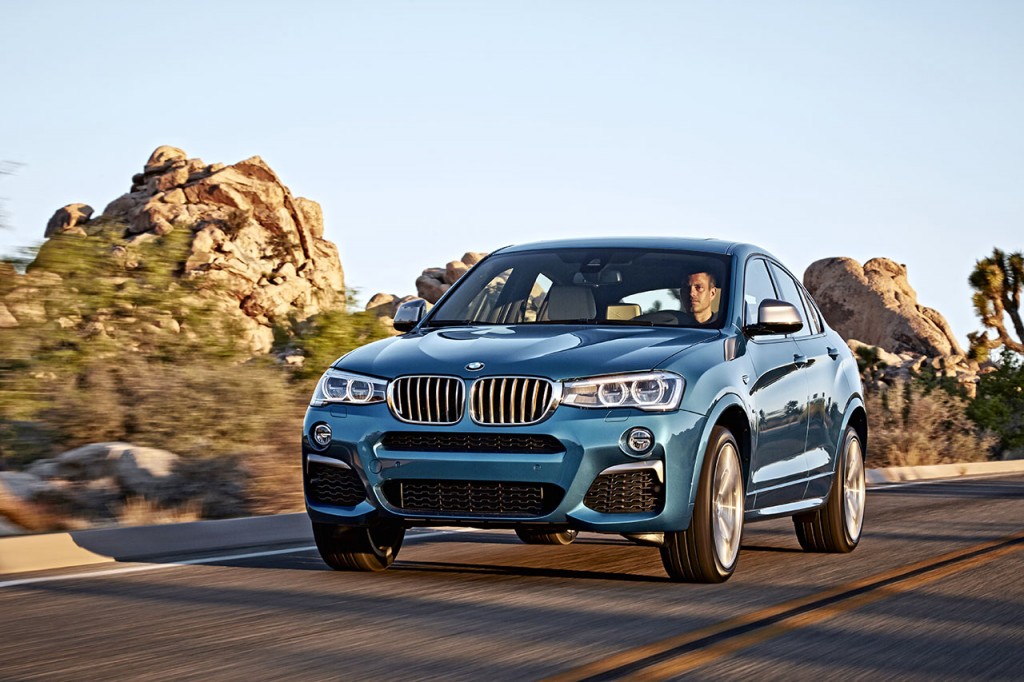 The cutting-edge drive technology in the BMW X4 M40i guarantees the free-revving thrill typical of a BMW M engine and its outstanding power delivery. With 355 hp and 343 lb-ft of torque, the newly developed M Performance TwinPower Turbo technology inline 6-cylinder engine made its world debut in this Sports Activity Coupe. Reaching an electronically limited top speed of 150 mph, the BMW X4 M40i delivers best-in-class acceleration, reaching 0-60 mph in just 4.7 seconds. Design and technology are also at their peak in the BMW X4 M40i and include a powerful yet efficient exterior with a chassis tuned to M Performance specifications. Exclusive 20-inch M light-alloy double-spoke wheels with optional Michelin Pilot Super Sport tires and intelligent xDrive with specific M Performance tuning, emphasize the unique character of the new BMW X4 M40i. The BMW X4 M40i is available in U.S. showrooms for a MSRP of $57,800 plus $995 Destination and Handling. 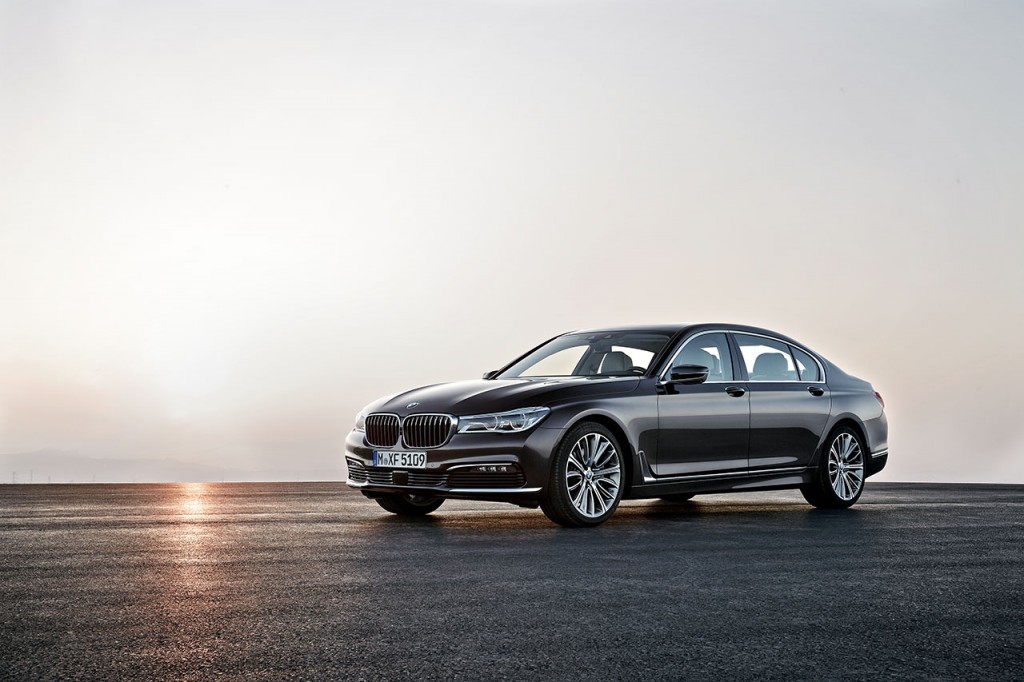 The BMW 7 Series is the brand’s flagship in its sixth generation and once again sets the standard for modern luxury and performance, delivering the highest level of driving refinement in the premium segment. The 2016 BMW 7 Series sets a new benchmark in lightweight design, driving dynamics, comfort, intelligent connectivity and intuitive operation. The BMW EfficientLightweight concept allows the new BMW 7 Series line-up a 190 pounds weight reduction compared to its predecessor. Groundbreaking Carbon Core passenger cell technology is the key element on the body structure by the extensive use of carbon-fiber-reinforced plastic (CFRP) and the strategic application of lightweight design to reduce weight and increase both the overall torsional strength and bending stiffness. Featuring BMW’s newest pioneering technologies such as Gesture Control, Wireless Charging, Display Key, and an active Kidney Grille that is now also available for the first time in the U.S. The MSRP is $81,300 for the BMW 740i, $94,400for the BMW 750i Sedan and $97,400 for the BMW 750i xDrive all including $995 Destination and Handling. 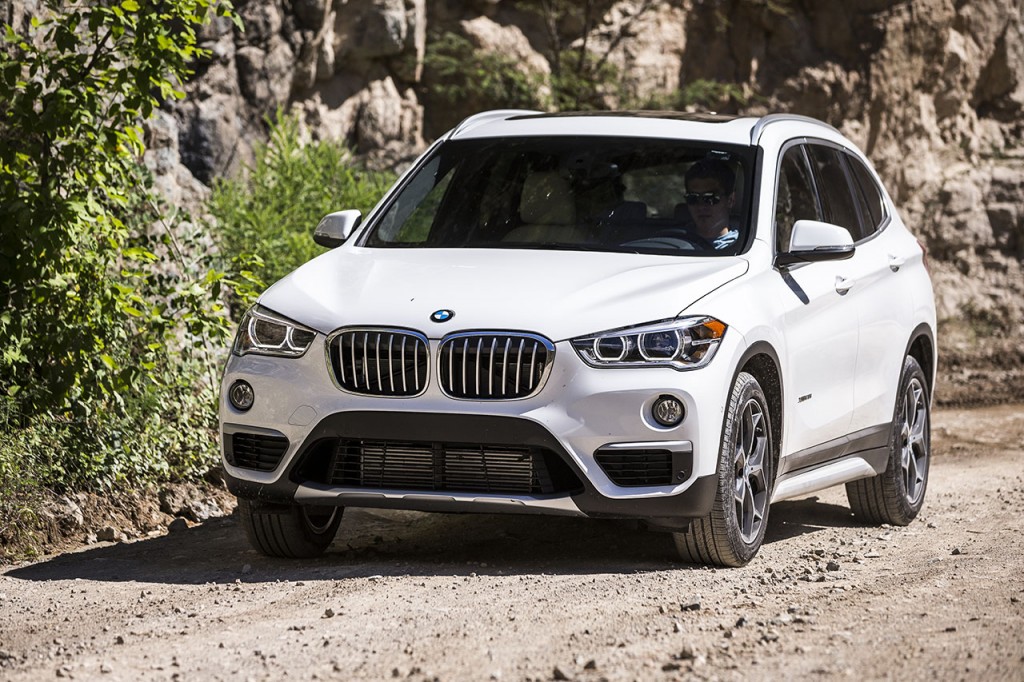 Now in its second generation, the BMW X1 builds on the success of its predecessor and features more robust overall proportions, more interior space for passengers and luggage alike, and additional innovative connectivity and groundbreaking BMW EfficientDynamics technology that is unparalleled in the segment. The BMW X1 xDrive28i features a 2.0-liter, 4-cylinder TwinPower Turbo engine producing 228 bHP and 258 lb-ft of torque mated to an 8 speed Steptronic automatic transmission, enabling the newest X family member to accelerate from 0-60 mph in 6.3 seconds. The engine is coupled with the new BMW xDrive intelligent all-wheel-drive system and newly developed chassis technology, which enhances sporting ability and ride. Currently in showrooms, the MSRP for the BMW X1 xDrive28 is $35,795 including $995 Destination and Handling. 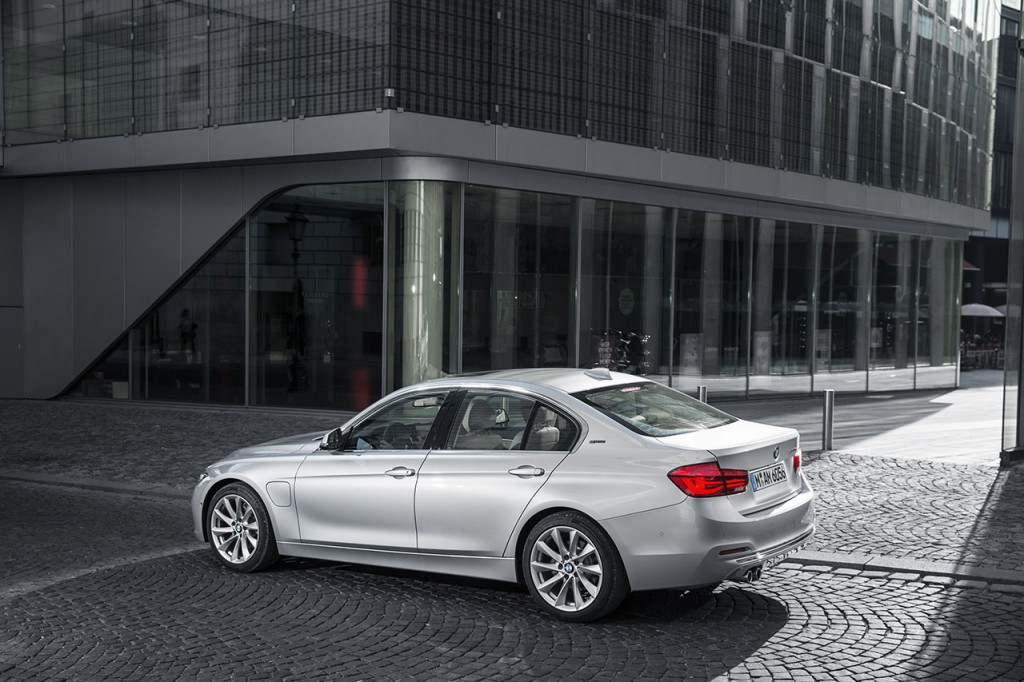 The BMW 330e features a plug-in hybrid drive system offering typical BMW driving dynamics and outstanding efficiency. The innovative use of an electric motor and the BMW TwinPower Turbo 4-cylinder engine results in a total system output of 248 bHP and 310 lb-ft torque. BMW 330e accelerates from 0-60 mph in 5.9 seconds. In everyday driving condition, a total range of up 373 miles is attainable and U.S. EPA rating of 72 MPGe combined fuel economy. The 2016 BMW 330e will arrive in U.S. showrooms in spring 2016 for $44,695 including $995 Destination and Handling. 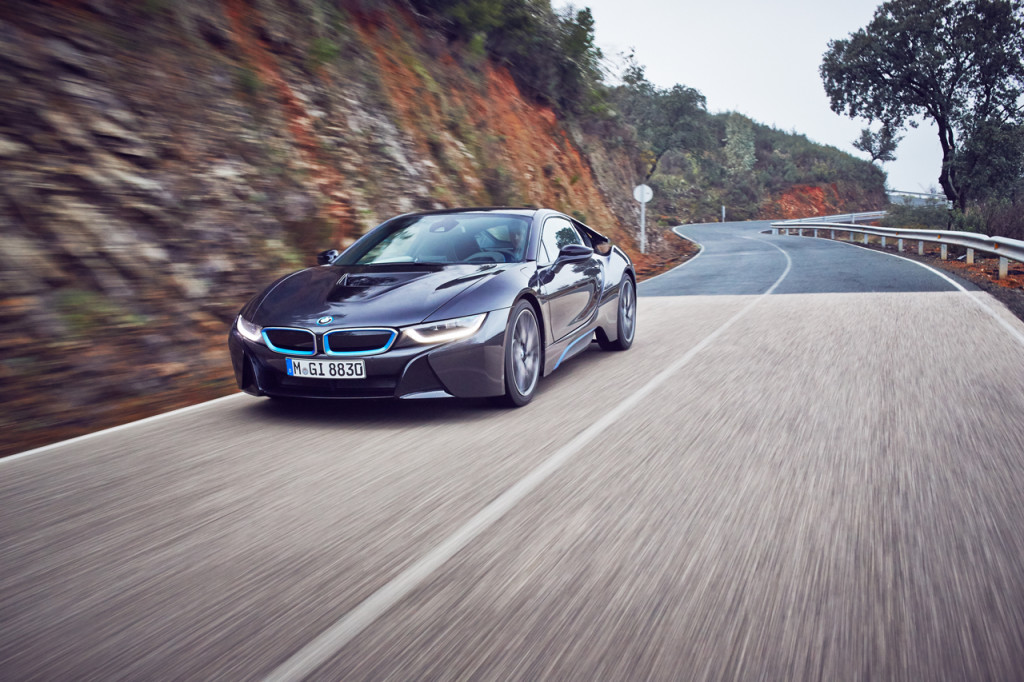 The BMW i8 is the first eDrive 2+2 sports-car from BMW. It sits at the pinnacle of the BMW i lineup of visionary vehicles, which are purpose-built from the ground up as electric and hybrid electric, and constructed primarily from lightweight carbon fiber reinforced plastic. Currently in showrooms and priced at $140,700 plus $995 Destination and Handling, the MY2016 BMW i8 features laser lights available as an option for the first time in the U.S., enhancing its athletic design and sleek, low slung exterior. The BMW i8 operates with extremely high fuel efficiency boasting a U.S. EPA rating of 76 MPGe combined. It is capable of accelerating from 0 to 60 mph in 4.2 seconds on the way to an electronically governed top speed of 155 mph.

The BMW X1 has been named a finalist for the 2016 World Car Awards’ “World Car of the Year” distinction, the BMW 7 Series for “World Luxury Car,” and the BMW 330e for the “World Green Car” award. All category winners will be announced at NYIAS on Thursday, March 24, 2016.