Official release. The outstanding quality of design achieved by the BMW Group is setting new standards, as an array of design prizes have highlighted. In the iF design award 2016, for example – one of the highest accolades for excellence in design – BMW Group Design picked up 10 of the internationally coveted prizes. All the winners from the BMW Group, with the exception of the MINI AR Glasses 2014 and the BMW 3.0 CSL Hommage R, won awards in the “Product” category. The latter, a concept study, took the honours in the “Professional Concept” discipline and the data glasses was bestowed with “gold”, the highest hallmark of quality. The iF gold awards were presented on 26 February 2016 in a ceremony attended by over 1,500 guests as part of the iF design awards night at BMW Welt in Munich.

Modern luxury proved to be a winning virtue for the BMW 7 Series. As well as a sharp and striking design profile, the sixth generation of the sedan also boasts numerous technical innovations, such as BMW gesture control, the Ambient Air package with air ionisation and fragrancing, BMW Laserlight and remote-controlled parking. 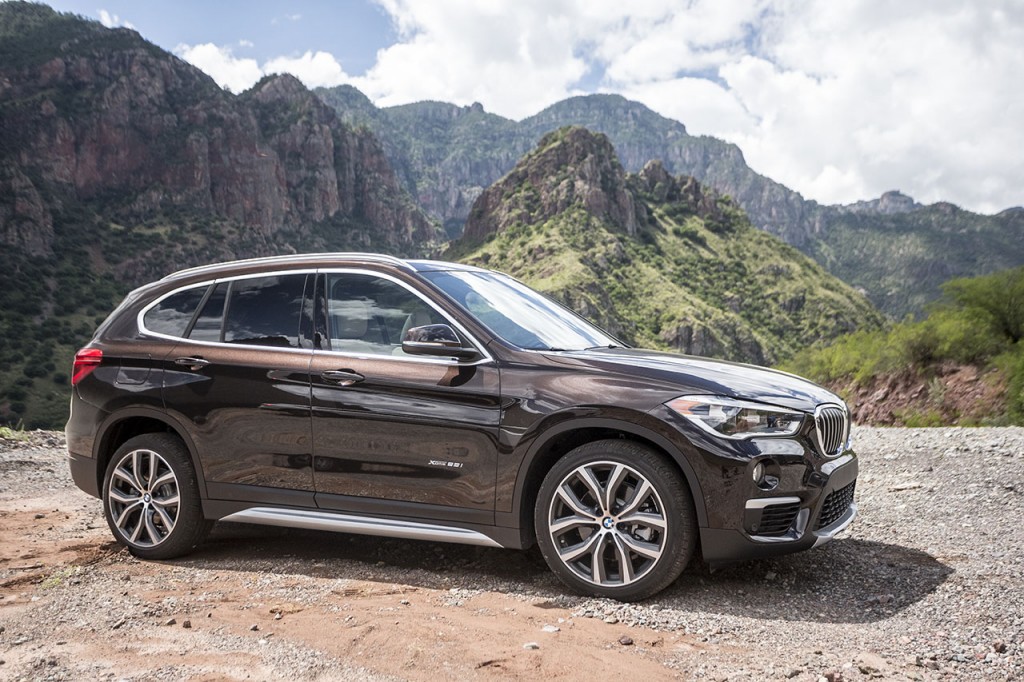 The BMW X1 also won over the jury of experts – with a new development leading the way. The design team has completely re-thought the second generation of the car, with rear-wheel drive handing over the baton to a front-drive architecture. As a result, the new X1 is now significantly better proportioned, offers more space and drives exactly how you would expect a BMW to. 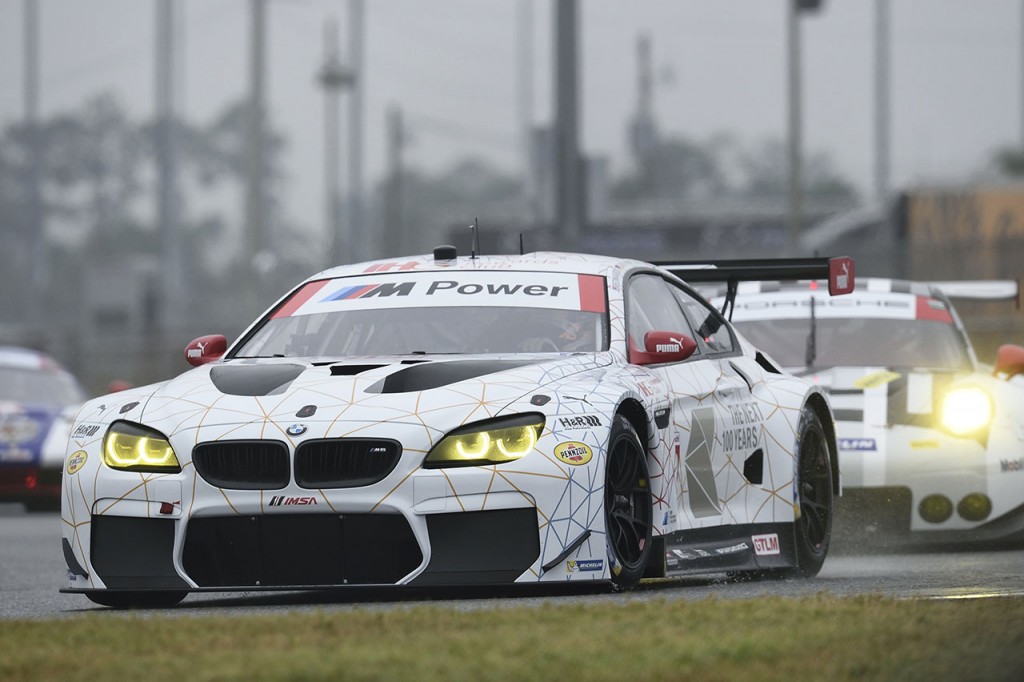 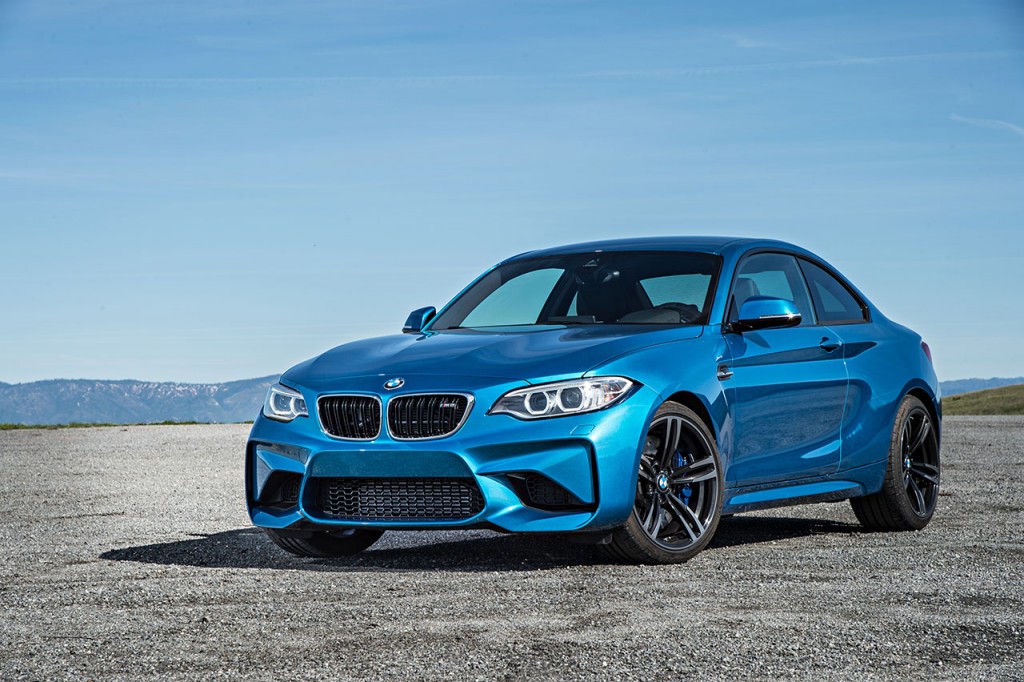 Another high-performance machine – and iF design award winner – is the compact BMW M2, which combines the exceptional performance, precision and agility of M Automobiles with hallmark BMW styling. 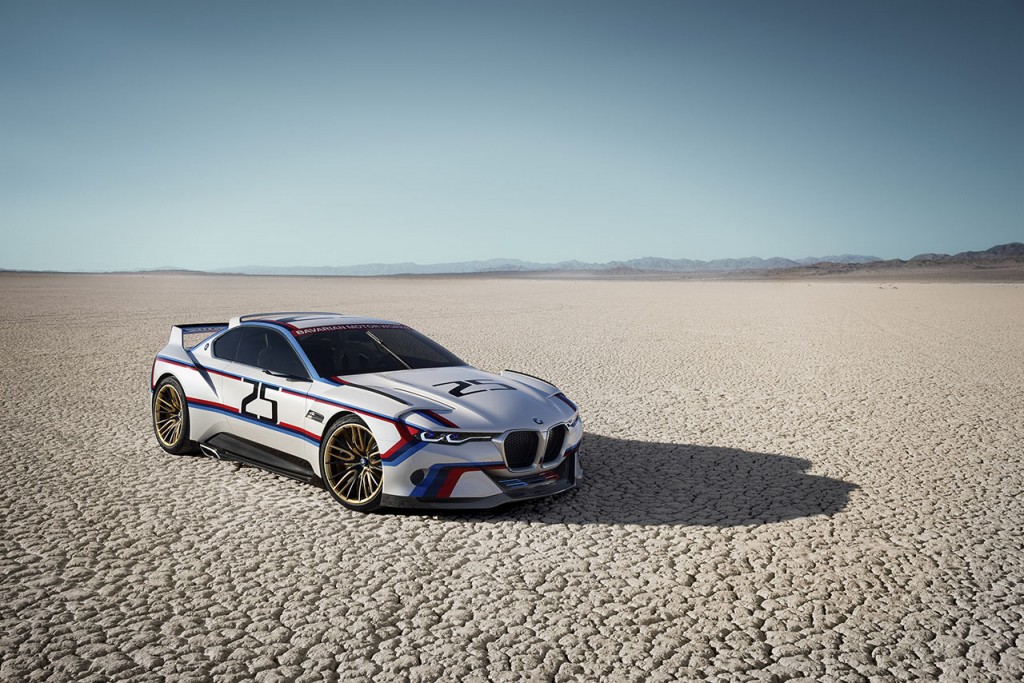 The potential importance of a brand’s past in future design is highlighted by the BMW 3.0 CSL Hommage R. Inspired aesthetically by the BMW 3.0 CSL ‒ a timelessly classic and iconic BMW coupe from the 1970s – the BMW design team created a visionary car with an interior concept all of its own. For the seamless integration of the driver into the car, the designers extrapolated the principle of driver focus beyond the geometric form of the interior and developed a new approach taking in the driver’s helmet, race suit and seat, before moving onto the form of the interior. 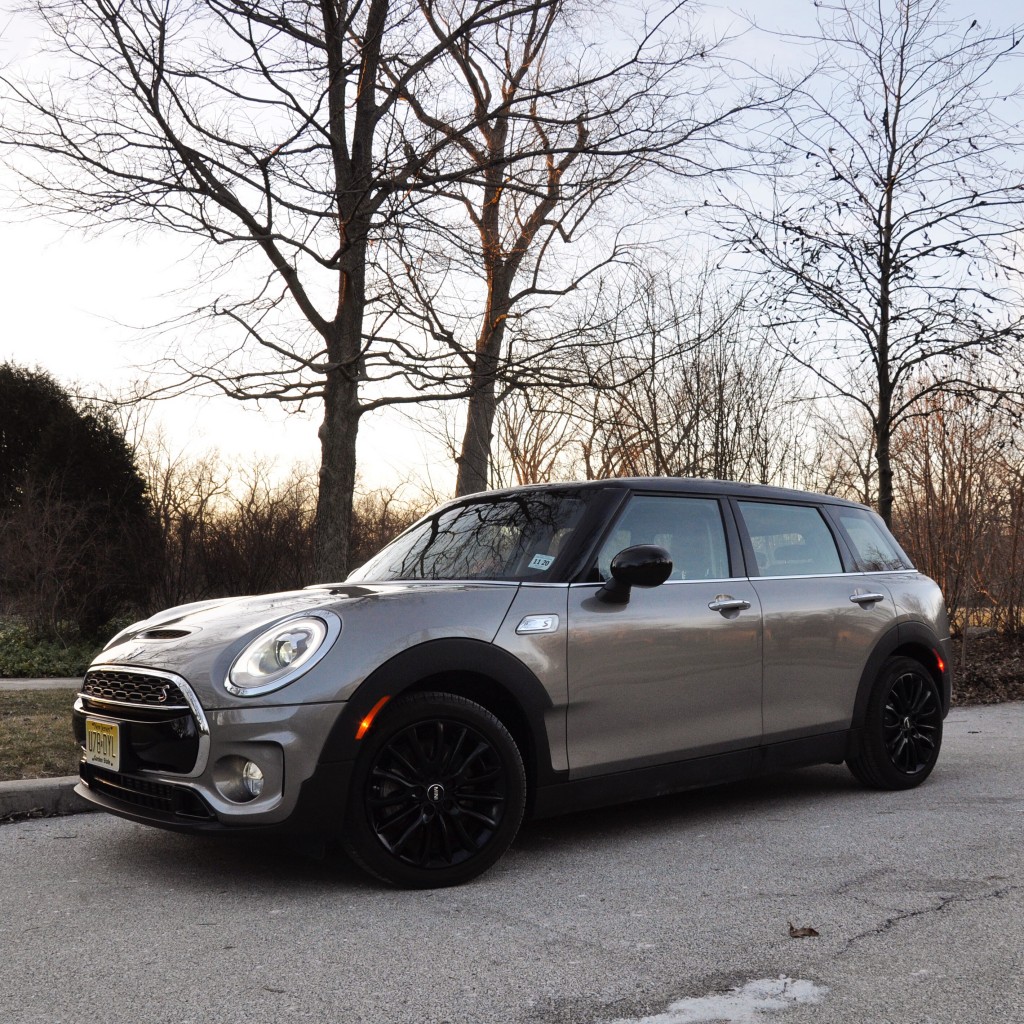 The new MINI Clubman, meanwhile, was victorious on two fronts. Its assured, elegant and noticeably more mature character put forward a compelling case to the jurors of the iF design award, and the Festival Automobile International in Paris presented the MINI Clubman with the “Grand Prix du Plus Bel Interieur de l’Année 2015” for the vehicle with the best interior of 2015. The MINI Clubman’s cabin engages in a skilful collage of understated elegance and creative extrovert appeal. At the heart of the interior is the ultra-wide instrument panel with cockpit facia frame, which almost appears to be floating. It is complemented by atmospheric lighting, high-quality decorative trim strips and intriguing hidden details revealed by the interior on second glance – such as the exclusively designed tartan pattern adorning various materials in the numerous cubbies and storage facilities. The coveted “Grand Prix” awarded by the Festival Automobile International was presented to Oliver Sieghart, Head of Interior Design MINI, in Paris in January. 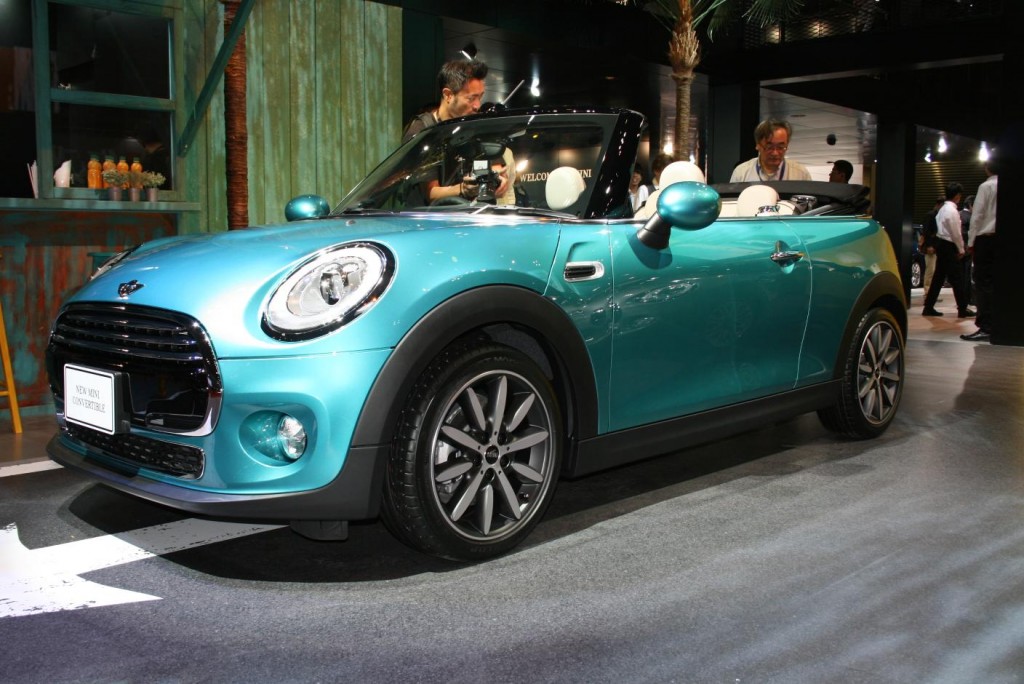 The design of the MINI Convertible also attracted praise, convincing as it did with aspects such as the use of high-quality materials for the interior, enhanced comfort levels and an evolutionary design – an optional highlight of which is the unparalleled black fabric roof with titanium grey Union Jack design woven into it. The roof can be retracted in just 18 seconds, creating a combination of the driving fun for which MINI is renowned and an intense open-top motoring experience.

BMW Motorrad was also the recipient of one of these highly regarded awards. The new BMW R nineT Scrambler brings together pure proportions and high-quality materials into an engaging, non-conformist character. Details such as the stripped-back, modern interpretation of characteristic scrambler elements are compelling, and the high level of workmanship evident in the bike’s individual components sets new standards in the segment.

Inspired by the legendary Rolls-Royce Silver Dawn from the early 1950s, the Rolls-Royce Dawn represents a highly contemporary homage to the exhilarating sense of boundless freedom. Shunning compromise in its entirety, the open-top Dawn stirs comfort, elegance and refinement into a flawless blend and offers a whole new dimension in lightness and relaxation, coupled with supreme dynamics – and no restriction to on-board space.

The MINI AR Glasses 2014 were presented with the highest seal of quality (“gold”). The MINI design team commissioned Designworks, a subsidiary of the BMW Group, with the design of the glasses, their colour concept and the digital user experience. A technical device has duly been turned into a lifestyle product that transfers the MINI design language to a pair of glasses. Intelligent connectivity with the MINI car allows these trailblazing glasses to project all relevant content, such as navigation instructions, into the driver’s direct field of view.

BMW Group Design came up trumps seven times in the renowned GOOD DESIGNTM Award, the world’s oldest design prize. For over 65 years now, its international jury has been recognising exceptionally innovative, visionary products, concepts and ideas dreamed up by designers and manufacturers which go beyond the horizons of everyday product design. The BMW Group winners were all presented with awards in the “Transportation” discipline, and the MINI AR Glasses 2014 also enjoyed more success here.
The list of winners includes the MINI 5-door. A car built for individualists, it whisks the legendary forms of the classic Mini from 1959 into the present day and takes to the stage with greater presence and maturity than ever. With its enhanced design qualities and even more detailed elaboration of the car’s iconic design cues, the 5-door unites the heritage of MINI with forward-looking design and innovation to flawless effect.
Likewise presented with the GOOD DESIGNTM Award 2015, the BMW X6 boasts an even more potent design presence and enhanced sporting ability, not to mention luxurious interior design and innovative equipment features.
The BMW X4 also etched a smile onto the faces of the expert jurors. The X4 combines a coupe-like silhouette with the familiar broad shoulders and powerful stance of an X model. Inside, the SAV (Sports Activity Vehicle) impresses with leather upholstery (complete with eye-catching contrast stitching), two-tone ambient lighting and beautifully rich surround sound.

The superb design of the BMW 3.0 CSL Hommage was also lauded, the BMW design team using intelligent lightweight construction and modern materials to bring the character of the BMW 3.0 CSL into the 21st century and showing the iconic 1970s BMW coupe in a new and exciting guise.

The jury presented three of the seven coveted GOOD DESIGNTM Awards 2015 to BMW Motorrad. First up was the BMW C evolution, which represents a nod to a new age in urban mobility on two wheels: dynamic, electric, emission-free. Its award-winning design showcases the design DNA of BMW Motorrad, a striking front end and dynamic proportions leading the way into the world of zero-emission everyday mobility amid the hustle and bustle of the urban jungle.

The BMW Motorrad Concept 101 moves into a sphere that goes beyond mere horsepower and acceleration figures, summing up a new touring philosophy full of power and tranquillity. The flow of the lines from the front to the rear embodies the majestic riding experience, and elaborately modelled surfaces shape an athletic body. The paint finish with manually applied line marking and the exclusive combination of brushed aluminium, semi-matt carbon, dark wood and exquisite leather lend the Concept 101 a particularly exclusive style.

The third motorcycle to win an award was the BMW S 1000 XR. Its overall appearance displays its universal qualities and broad spread of possible uses. Tried-and-tested solutions from the touring and GS sectors combine with sporting elements to create a presence never before seen in a BMW Motorrad machine. The short, slim rear provides a visual showcase for the agility of the BMW S 1000 XR. And the distinctively contrasting and sculptural surface design underlines the bike’s dynamic appearance.

BMW Sales in the US Up 4.2% for February