As part of BMW’s centenary celebrations Automotive News has a couple of articles detailing the fascinating history of the brand. Perhaps one of the most interesting to BMW enthusiasts in the US is how Bob Lutz (yes that Bob Lutz) not only helped establish the brand in the US but refined the marketing and even design of the cars.

Lutz, a board member in the early ’70s, played a significant role in raising BMW’s profile. In particular, he is credited with helping create company-owned sales arms in Europe. As head of global sales and marketing, Lutz was also instrumental in BMW taking over distribution in the United States.

Lutz says setting up the sales companies wasn’t easy. In fact, he sites his biggest achievement as: “Ridding BMW of the parasitic European national importers.”

“It took enormous energy and battling against opponents both inside and outside the company,” he said.

The article goes on to portray legendary importer Max Hoffman as someone ultimately in the way of BMW’s success.

In the United States, Lutz had to deal with Max Hoffman, an Austrian immigrant who began importing BMWs and many other major European brands in the 1950s.

Lutz describes some eyebrow-raising tactics Maxie — as he calls him — Hoffman used when approached about giving up the BMW contract: “He wanted to point out that some of BMW’s best customers were important Italian families who favored big sedans, and if something happened to me — heaven forbid.”

In the end, Hoffman relinquished the import business after a court fight with BMW. “It took a lot of money, but we finally got rid of him,” said Lutz.

Then there was Lutz’s involvement in the BMW brand itself:

While dealing with Hoffman, BMW also was setting up a U.S. headquarters in Montvale, N.J. Lutz also had a hand in tailoring a new advertising tag line for BMW in the United States, which the brand still uses: “The Ultimate Driving Machine.”

Germany was using the tag line “Aus Freude Am Fahren” and wanted the literal translation of “The Joy of Driving.”

Lutz said he nixed the idea, arguing “it does not do for us what we want to convey about a technologically superior car. “Machine’ rather than “car’ conveys a sense of substance under style and solid engineering.”

When BMW, on the advice of U.S. consultants, wanted to remove the black ring around its now iconic logo, Lutz said he again argued against it.

Then Lutz made his impact in the design department where the unthinkable was about to happen.

The early BMWs in the ’60s and ’70s were designed by Bertone, the Italian automotive design house. “Then BMW and Bertone would do the body engineering together, but the basic design was Italian,” Lutz said.

BMW decided to design the successor to the 2002 — the first 3 series — in-house. “They had one designer, and he reported to body engineering, and they adopted solutions that were easiest to engineer,” Lutz said.

“When I got there, my guy said, “We hope you get to styling and see the model for the replacement of the 2002. It is so bad that we would rather keep the current one,'” Lutz said.

“I looked, and it was awful. I got the company to cancel it and to start over. It was the first 3 series.” 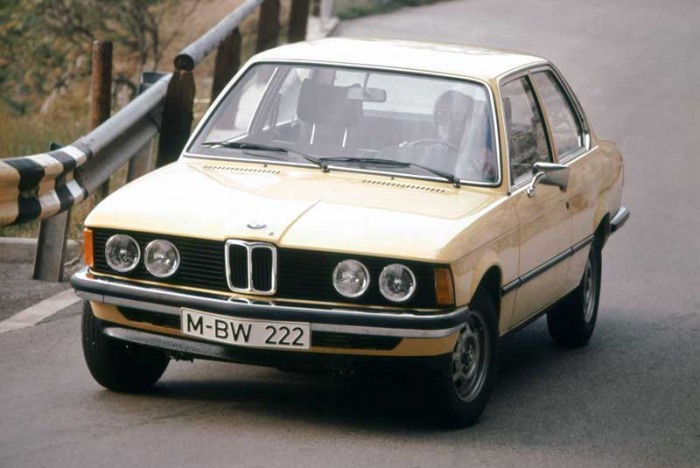 The first 3 series copied elements from GM. “The protruding nostrils were a GM design theme at the time, with the center of the grille standing forward from the rest of the grille,” Lutz said.

And BMW wanted to remove the kidneys — a now iconic part of its face — and replace them “with an open grille like any American car with horizontal bars,” Lutz said.

“The fact that a person like me had to prevent them from doing things like that tells you about the competence of senior management.”

Head over to Automotive News for the entire piece.

Tour Munich in a Vintage BMW

The Depth of Speed Covers the BMW 2002

Jalopnik Features M10 as Engine of the Day