We’ve reviewed the M2 and we’ve taken a very very deep time technical dive into it’s design and engineering. Now we’re going to tell you how to spec one. And since there’s really very little in the way of options we’re going to focus on the most important thing to choose – the transmission. Our recent time in Montery with the M2 in both DCT and manual forms gave us some unique perspective to pit the two against each other.

Driving the BMW M2 around Laguna Seca with a DCT felt like the right choice. The DCT shifted quicker and allowed more focus on the trickier parts of the track. Unlike other automatic performance cars there was also plenty of theater with a gurgling exhaust and the riffle-bolt like shifts from one gear to the next. The car was alive and the DCT felt like it was part of an equation focused on all-out performance.

We’ve figured out performance though. More specifically automakers have figured out the formula for efficiently sprinting to 60 mph and shifting in milliseconds. And the formula is out there for all of them to copy. The result has been a flood of performance cars that are equal parts brutally quick and effortless to drive.

That type of consistency in performance is also addicting. To that point it’s telling that, during my two hours at the track, I never once longed for a manual M2.

Stepping out of the DCT M2 and into the manual version felt a little like a non-event at the time. For me driving a manual is an everyday occurrence as the three cars in my rotation (one of them being a 1M) are all manual. So slotting the M2 into 1st and pulling away didn’t give me any butterflies. But accelerating and nothing the gear lever from first to second did. “My God the manual makes this car come alive” was my next thought as I rounded the first corner within the twisty Laguna Seca camp ground.

The manual is an iteration on the M3 and M4’s which itself was an iteration of the one found in the 1M. In other words it’s about perfect with excellent weighting, precision and feel. The rev matching is an excellent addition to the recipe (BMW – please take my money and put this on my 1M) that allows you more focus on gear changes and hitting apexes.

Lets make no mistake. The manual M2 is slower and likely less efficiency in daily driving. On paper there’s no reason to choose it other than to save yourself the $2,900 it costs to opt for the DCT. But there’s on choice in my book. The M2 simply comes alive with the greater human input the manual allows.

The entire experience from the shifter precision to the clutch engagement is incredibly satisfying. As we told you about in our previous reviews of the M2, this a car that doesn’t quite drip with character like the 1M did. Yet opting for the manual goes a long way in giving the M2 more of that 1M analogue feel.

I’ll say it another way. The M2 is a car that wants to be analogue in sensation. Opting for the manual further unlocks this.

We know most M2s will likely be sold with the DCT. And that’s a shame not just for the first owners but for the 2nd and 3rd. In ten years time when the decision to even opt for a manual could be gone or limited, it’ll be the manual equipped cars that command the high prices and the adoration. Based on our time with both, it will be plenty justified. 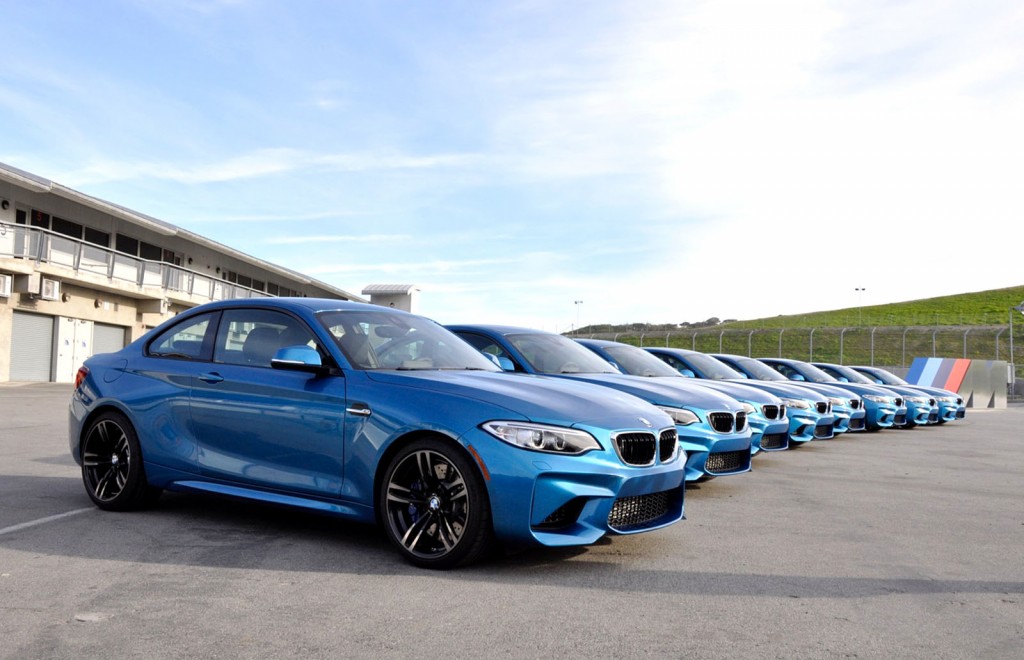