I get the wonderful privilege of going to the annual Western Automotive Journalists’ Media Days. This is an event where many manufacturers allow us to drive their cars around the Monterey peninsula and at Mazda Raceway Laguna Seca. And yes, it’s a fun couple of days. What’s not to like? I don’t even have to pay for gas!

Before I dig into the nitty-gritty, I’ve got to say that pretty much all manufacturers are stepping up their game significantly. Modern design tools mean that every company is stiffening the chassis, and often doing so while shedding a significant amount of weight. The most noteworthy of these is General Motors. They have done the best job of improving driving dynamics while lightening vehicles.

Because there are so many cars to cover, this will be a series of three posts: The first will cover General Motors; the second will be about two cars from Mercedes Benz; and the last will cover all the rest of the cars driven. All told, it’s a bit of a smorgasbord of vehicles chosen from what was brought by the manufacturers combined with what I could get into in the limited time available. Because the cars are so diverse, I added my personal letter grade to each one as an indication of my overall impression of the cars (and one truck). Anyway, here we go!

It wasn’t that long ago that GM products weren’t very competitive with BMW, other than maybe the Corvette. And that is a car that might compete in track times, but really, BMW has no car that really plays in the Corvette sandbox, and the companies never really faced head-to-head competition.

My how times have changed. The Holden derived Pontiac G8/Chevy SS Sedan has emerged as a poor mans M5 (don’t laugh, the comparison is more apt than you think). After BMW announced that the M5 would no longer be available with a manual, the Chevy SS is the last 4-door V8 powered sedan left in the US where you can row your own. Sadly, I ran out of time before I could flog the SS. All I spoke with praised it’s power and handling as well. 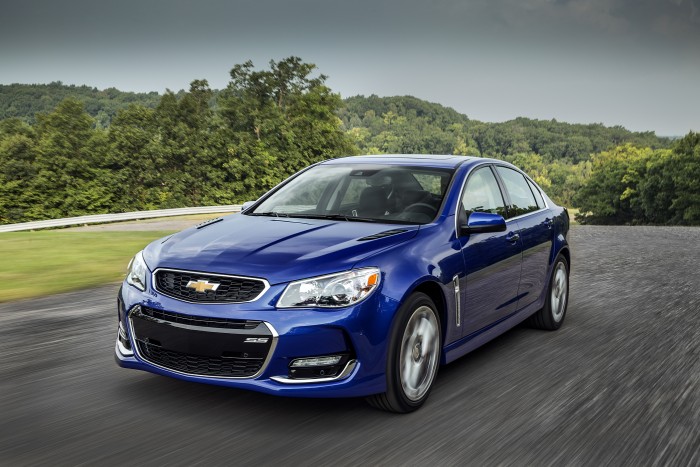 GM has taken chassis dynamics seriously. Unlike Ford, who use aluminum extensively in the F-150, and Jaguar, who use aluminum all over, GM has taken a slightly different approach. The combine different materials into chassis fabrication, choosing an alloy that is best for any required function all while keeping an eye on excellent handling performance and cost. Read any enthusiast magazine, and the GM Alpha chassis is praised for it’s rigidity and precision. What this means to Camaro owners is up to 390 lbs of lost weight, depending on configuration.

GMs previous track-star (other than the Corvette) used to be the 2015 Camaro SS 1LE. At the time, this was the most neutral, best handling American car I’d ever driven. But after the Alpha chassis Camaro came out, the past version was quickly dismissed as too floppy and soft, 1LE included. Personally, I think this was throwing a great car under the bus, but it’s true that the new chassis is a wonder. Now found in many GM platforms, the cars that use it handle better and weigh less than the cars that came before. 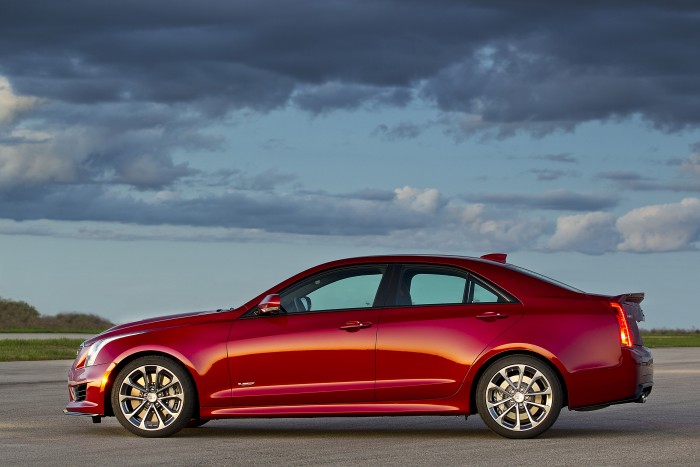 Cadillac ATS-V: Amazing specs with a turbo-V6 pumping out 464 HP and 445 ft-lb of torque, this was a Tale of Two Cities car. It was the best of cars, it was the worst of cars. The Alpha chassis is a gem. And one can still get a manual (with rev matching) in the ATS-V. Peak power is grin-inspiring, but engine tuning isn’t really that satisfying. I felt like I was driving a turbo car from the early 80s or some rice-rocket tuners nightmare. At low RPM, the engine is a dog. Gutless and uninspiring, especially when compared to the huge amounts of torque available from the C63 S AMG or even the 340i right off idle.  At high RPM, it pulls with gusto all the way to it’s 6500 RPM redline. This means that the car can play if you shift often and keep the RPM high, but if you don’t and let them get to low, you’re either skipping a couple gears in a downshift or cursing and waiting for the revs to build. Either way, one looses lots of time. But the chassis is magic. If GM had tuned the engine like BMW does, with high useable torque from very low RPM, this car would start eating into 3/4 series sales. As it is now, I don’t think BMW has to worry…. Yet. Grade: B

Cadillac CTS-V: Bitchen on paper and even better to drive, this car is a blast. The blown V8 has torque everywhere, so all the problems that the ATS-V possesses are absent here. Any RPM any speed any gear, this is a car that shouldn’t work but does. A Chevy pushrod V8 with an Eaton TVS blower on top stuffed into a Cadillac skin, this sounds like the worst of the platform sharing that lead to the demise of GM. But it’s not that at all. This is a shockingly capable car that is a pleasure to drive, both on the street an at the track. 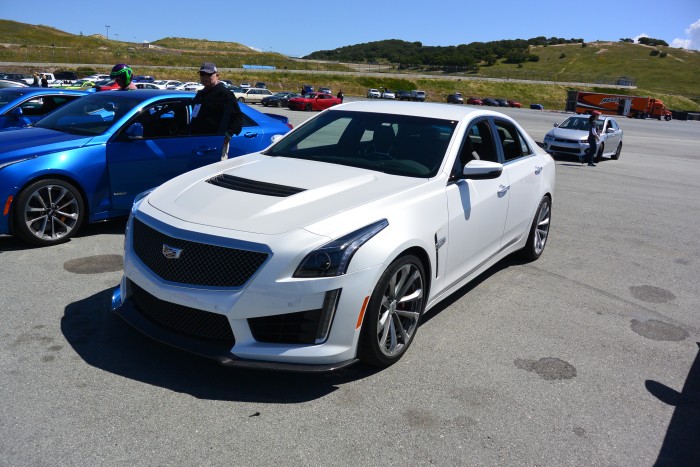 The performance creds are amazing: 0-60 in 3.6 seconds, and the quarter mile in under 12 seconds, this car is both quick and fast. The “LT4” has all the right acronyms: VVT (Variable Valve Timing); DI (Direct Injection); and best of all SC (SuperCharged). It even has active cylinder deactivation for when all the horses aren’t needed. The end result is a surprisingly usable 640 HP and 630 ft-lb of torque. With the optional aero bits, it’s a true 200 MPH track monster. Heck, it even has an on-board Performance Data Recorder that combines video, audio and car data, no GoPro needed! Recaro seats are standard, and the Caddy supports both Android Auto and Apple CarPlay, something BMW should have done long ago. The only bad news is that both the manual and the wagon have gone the way of the dodo. 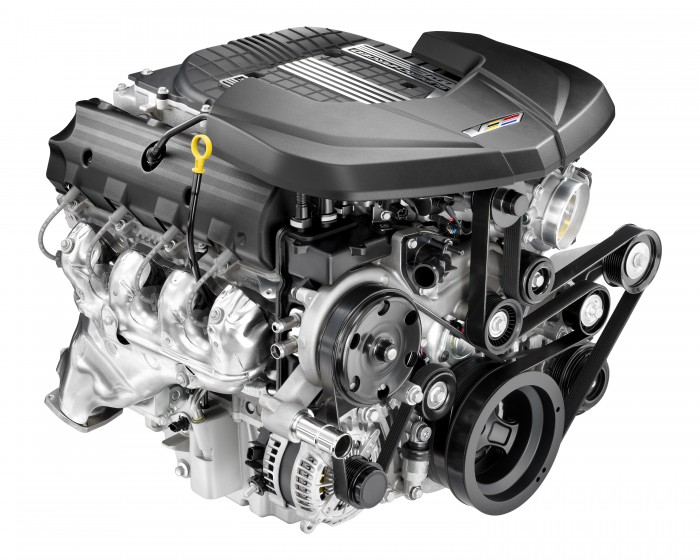 With more power and torque than an M5, it achieves the same city MPG rating of 14, and bests the highway rating by 1 MPG at 21. This is a car that should worry BMW executives. I think Munich is safe for a bit, because most who would spend this much money on a BMW probably don’t see themselves in a Caddy. But for the serious drivers out there, I think they are missing something by not giving this Caddy a chance. But watch out: If you drive it you will love it. Yes, it’s that good. Grade: A+ 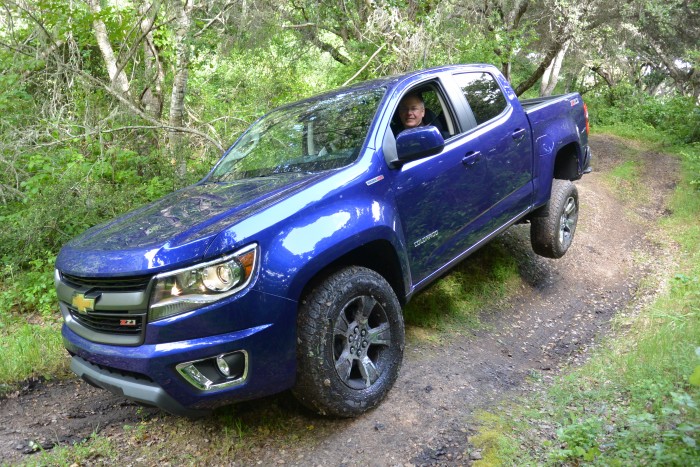 Chevy Colorado Diesel 4WD Z71: No, this doesn’t compete with any BMW made, but it’s an amazing little truck. Technically a mid-sized pick-up, it’s the mid-sized pick-up I’d get if I were to buy one. Adding the oil-burner to this chassis get you over 30 MPG highway with 396 ft-lb of torque. One can tow over 7500 lbs! I drove this truck on the toughest track at the Land Rover Experience Driving School at Quail Lodge and went over half way through with no problem, in 2WD! When I switched into 4WD, nothing even made this truck break a sweat. Yes, the diesel adds over 3 grand to the sticker price, but if one wants to tow with a mid sized truck, this is the truck for you. Grade: B+ 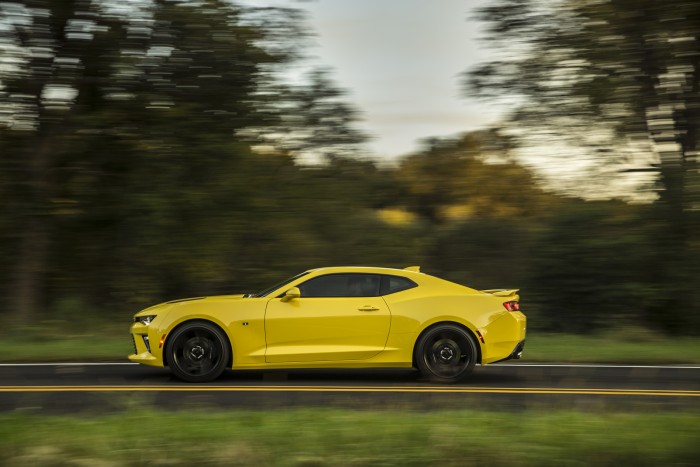 Chevy Camaro SS: Oh my god this car is good. The GM Alpha platform strikes again. The 6.2l LT1 V8 pushes out a very usable 455 HP and 455 ft-lb of torque from an engine architecture that shouldn’t work as well as it does. GM’s weight reduction efforts are obvious in the balance and dynamic handling that this car offers, no matter the skill level of the driver. BMW should be scared as hell about this car, other than the fact that most M2/3/4 drivers wouldn’t be caught dead in a Camaro. Even more so than in a Caddy! But this is a truly great car worthy of tons of respect. Unless you are in an M product and are a very good driver or the Camaro SS driver is an idiot, be prepared to see nothing but tail lights. 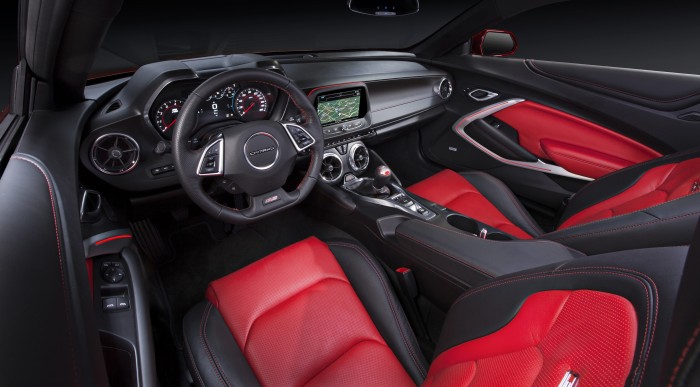 I’ve never been a big fan of GM interiors, but they are getting much better. The Camaro even won a Wards Best Interior this year! That’s something I’d never have imagined possible not all that long ago. With a starting price of just over $37k, it’s a serious value. But prices can rise, upping to the SS2 package and adding the magnetic shocks, ground effects and the like, and prices get pretty close to $50K. But even at that price, it’s an amazing value. And it’s available with either a manual or an automatic. Don’t laugh at GM, they are at the top of their game. And all this praise is coming from a Mustang guy! Grade: A+

I do have a personal CTS-V story to confess. It was a “sound day” at Mazda Raceway. Many of the high power cars were getting meatballed for sound (black flag with red center: mechanical black flag; either your car is on fire or you’ve offended the sound gods and go in for a talking to). The sound booth is to the right of the track after turn 5, and we were warned to keep power down here when driving the high HP cars with the dual mode exhausts that seem to be the current rage. (This is my excuse and I’m sticking to it!) While driving the CTS-V up the hill after turn 5 I was passed by a lowly Jetta GLI! What the heck?!? It turns out that one was driven by Tanner Faust, so it’s not as embarrassing as it seemed at first. VW had brought him out for hot-laps and yes, he’s a very, very good driver. After turn 6 when I really put the power down, all I could see was the GLI’s taillights cresting the top of the hill, getting ready for the Corkscrew. Never saw him again. I guess I still have more learning to do!

Also, I have to give General Motors a tip of the hat. No other manufacturer has really combined improved chassis dynamics with weight reduction the way GM has. I’m sure that their offerings are not for everyone, but they get it and it shows. The CTS-V is amazing and while the Camaro looks like a cross between a 1st gen Camaro and a Hot Wheel of my youth, there is no denying that the SS and the upcoming ZL1 are playing with the big kids, and taking names more often that not. Do not race against one of these for pink slips! This has got to worry companies like BMW and Mercedes Benz and unless something changes, the Mustang/Camaro battle is over in GMs favor, maybe for good. If performance is your only criteria for buying, you can get more performance at a lower price with a bow-tie on the front than I’d ever thought possible.

And the changes aren’t limited to just Chevrolet. Cadillac has really upped it’s game as well. I just hope that the Caddy image of large cars driven by old people who live in Florida can be changed. While the ATS-V misses the mark, that would be easily correctable. If offered a CTS-V or either a M4 or M5, I must admit it would be a tough decision, but I think I’d take the Caddy. This may seem heretical, but the engine in the CTS-V is more compelling than those offered by BMW. Munich, pay attention. The General has you in it’s sights, and it’s aim is improving.

Why BMW’s 100th Birthday is Worth Celebrating

What Does Brexit Mean for BMW?

VW’s Dirty Diesel Secret & What it Means to BMW & MINI