In only a few days BMW will take centre stage at the world’s most prestigious motoring festival – the 2016 Goodwood Festival of Speed. In its centenary year, the company will be the Central Feature Marque showcasing famous cars and drivers from throughout its illustrious history

Epitomising this year’s Festival of Speed theme – ‘Full Throttle – The Endless Pursuit of Power’ – the Central Feature will celebrate BMW’s myriad of motorsport successes. Taking a starring role on the sculpture created by Gerry Judah will be the legendary BMW 328 Mille Miglia Roadster, the Gordon Murray-designed Brabham-BMW BT52, and the Le Mans-winning BMW V12 LMP. 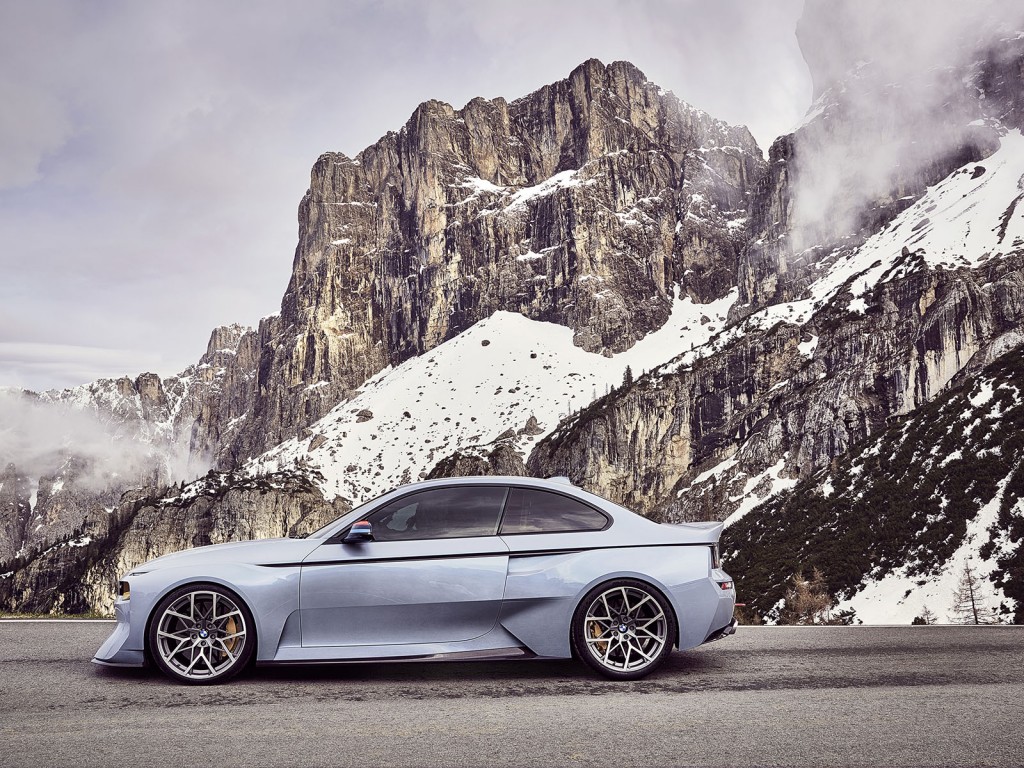 The event will also offer the chance to see the stunning 2002 Hommage for the first time since its global debut at the 2016 Concorso d’Eleganza at Villa d’Este. Taking its inspiration from the original 2002 turbo of 1973, the 2002 Hommage offers an inspiring tribute to this turbocharging pioneer, re-imagined as a design study for the 21st century.

As the honoured marque, it’s entirely fitting that Lord March should ‘open the hill’ at the wheel of a beautiful 1957 BMW 507. Other BMW legends being driven up Goodwood’s famous 1.16-mile course include the Mille Miglia-winning BMW 328 Touring Coupé from 1940, and a 1965 BMW 1800 TiSA – an early example of BMW’s unparalleled success in touring car racing.

It’s not just the famous cars from BMW’s past and present that can be seen and heard in anger, but also the drivers associated with their successes. Ex-F1 driver Riccardo Patrese will drive his one-time teammate Nelson Piquet’s M1 Procar; Yannick Dalmas will be reunited with the V12 LMP that he helped steer to victory in the 1999 Le Mans 24-hours; and DTM legends Johnny Cecotto and Roberto Ravaglia will drive BMW M touring cars, old and new, while former double Indycar champion and Paralympic handcycling gold medallist Alex Zanardi will drive a Z4 GT3 car.

Meanwhile, motorbike enthusiasts will be treated to an array of classic and modern bikes including a 1966 BMW R50 S Kaczor, a 1976 BMW R90 S 76 and legendary WR 750 Kompressor from 1929. Star riders present will include ‘Ringmeister Helmut Dahne and former World Superbike Champion Troy Corser. 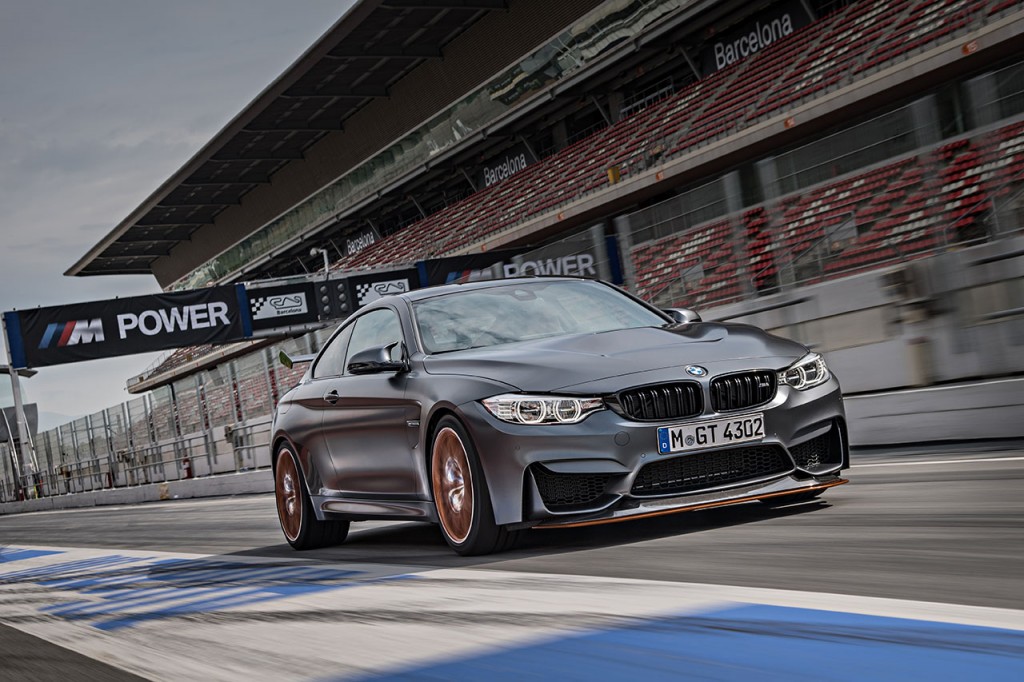 This summer’s festival also promises one of the most exciting displays ever for BMW Motorsport GmbH. Representing the most recent expression of the BMW M philosophy, the BMW M4 GTS will be seen for the first time at Goodwood – both up the hill and on display – powered by a six-cylinder in-line engine that develops 500hp with the help of a new water injection system. British Touring Car Championship (BTCC) stars Rob Collard and Jack Goff will be at the helm, whilst one lucky Twitter follower- @BMWUKMotorsport – will be able to join Jack in the first Supercar run of the weekend.

In fact, fans of BMW M are in for a treat, as a unique ‘M Avenue’ over on the ‘cricket pitch’ will celebrate iconic BMW M cars from the last 40 years alongside the hottest new M products. These will include everything from the original M1 supercar to the new BMW M2 – the latest compact sports coupé in a long line of legendary road and racing BMWs.

The BMW Pavilion will be the home of the marque during the festival and is a celebration of the next 100 years of the brand. The history wall takes visitors through our past, a fleet of road cars shows our present including BMW iPerformance models, and the presence of the BMW Vision NEXT 100 shows where the future may lie. Visitors to the BMW Pavilion are able to have their photo taken with the BMW Vision NEXT 100 at the Vision Gate, and win prizes and BMW experiences.

Guest stars and drivers will make appearances on the stand, with live interviews broadcast to assembled visitors. All schedules will be displayed daily or available through Twitter @BMWUKMotorsport, which will be dedicated to the festival all week. BMW owners can also access the exclusive Owners’ Lounge on the top floor terrace of the Pavilion to enjoy refreshments and an unrivalled view of the festival’s famous Hillclimb. 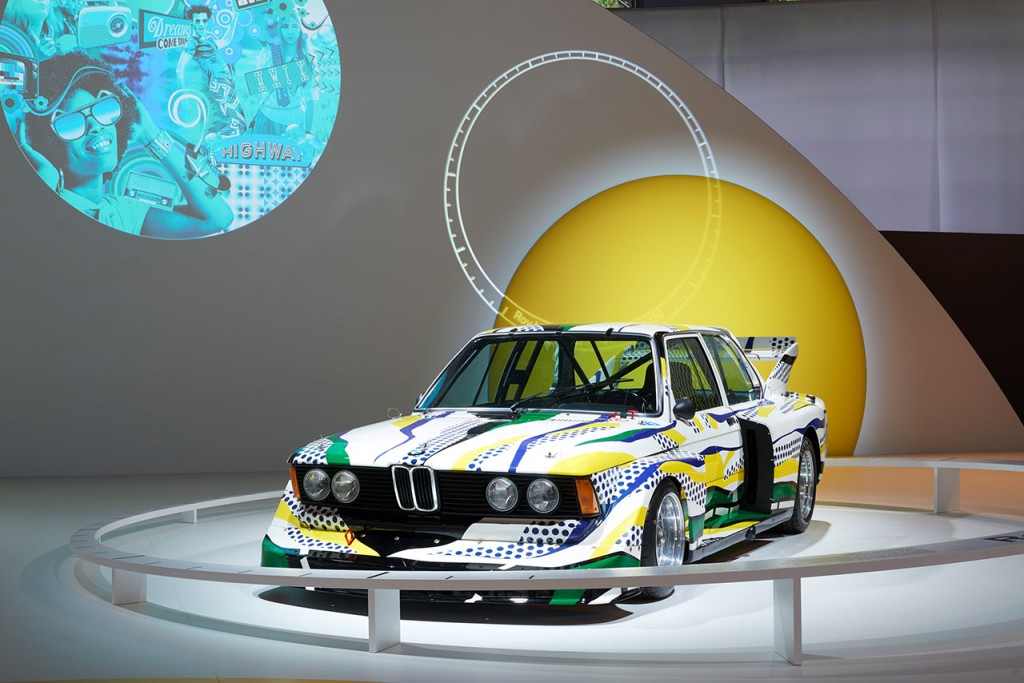 Finally, those BMW enthusiasts looking for a quieter moment away from the energy and excitement of the Festival can enjoy a tranquil, relaxed environment at ‘The Stable Yard’. Here they’ll find two of the iconic BMW Art Cars: the Frank Stella BMW 3.0 CSL from 1976 and the Roy Lichtenstein BMW 320i from 1977. Also in the Stable Yard, and in the UK for the first time, will be the BMW i Vision Future concept – a BMW i8 Spyder packed with the latest BMW in-car innovations including BMW Airtouch, the next generation of gesture control, BMW Connected and Cloud connectivity. The BMW i Vision Future concept was first shown earlier this year, at the CES Show in Las Vegas.

The Goodwood Festival of Speed is being held from 23-26 June 2016, beginning with Press Preview Day featuring the Moving Motor Show on Thursday 23 June. The BMW M2 and BMW i8 will be in action for (pre-booked) test drives, and the new BMW i3 with more powerful battery will be on static display. Visitors can even experience what it’s like to drive a BMW touring car in the BTCC with a virtual reality ride courtesy of Team IHG® Rewards Club BMW BTCC Virtual Reality Race Experience. Using an Oculus Rift, it will be possible to sit alongside BTCC driver Jack Goff as he tackles the first round of the 2016 championship held at Brands Hatch. Jack, along with all our drivers, will also be on hand on Thursday and throughout the festival to meet fans.