All week long we’ll be celebrating the heart and soul of the M brand – BMW M3. First up lets look back at all five generations of the car.

The very first BMW M3 set a new standard by which other carmakers would be measured – and, five model generations later, are still judged today. BMW Motorsport Division, the precursor to BMW M Division, was incredibly rigorous in its deployment of undiluted motor racing technology in the development of the first-generation BMW M3. Its endeavors produced a thoroughbred high-performance sports car – based on the series-produced BMW 3 Series – that was perfectly suited to daily use. Over the three decades that have followed, BMW M has gently refined its highly successful creation from one generation to the next, while always taking great care to preserve the original character of the M3. The upshot is that there is arguably still no other car that blends such prominently honed motor sport genes and uncompromised everyday practicality into such an emotionally stirring overall package. 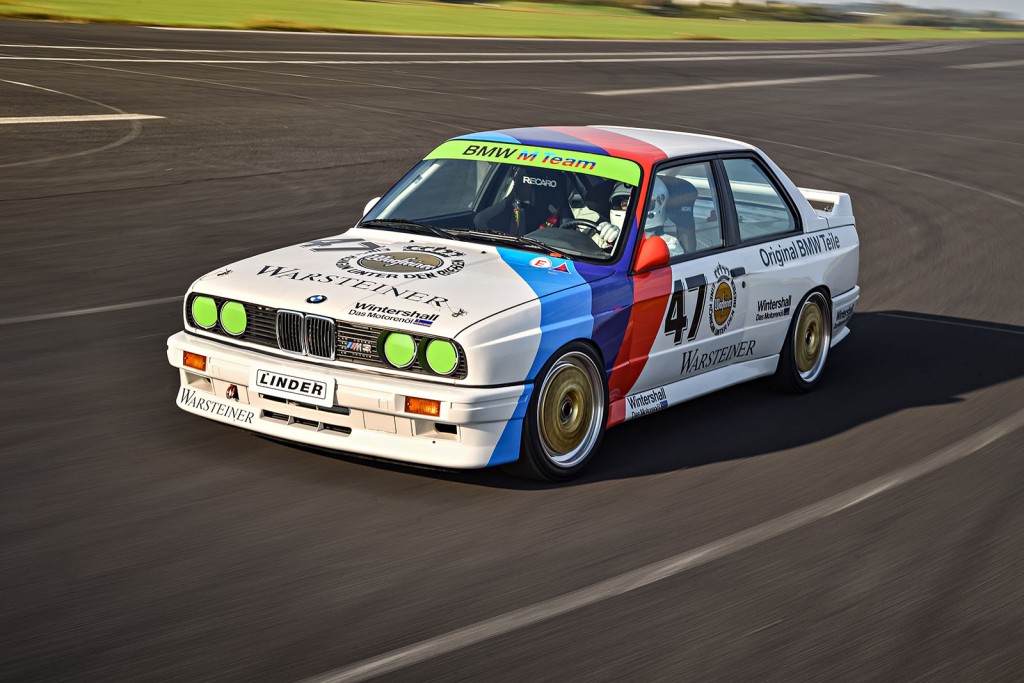 Use in touring car racing was the overriding development objective for the first-generation BMW M3.

The BMW M3 was not an attempt to produce a sporting flagship for a volume-produced model range; instead it originated from the idea of developing a racing car for motor sport that would also be available in a road-going version. The selected category of racing was Group A production touring cars – as seen in the German Touring Car Championship (DTM) that had succeeded the German Racing Championship (DRM). The Group A regulations stated that for a racing car to be homologated, at least 5,000 road-legal units had to be sold within 12 months.

Having the chance to develop the production and race versions of the car alongside one another presented the development team with a tremendous opportunity, which they duly capitalised on. The axle kinematics, suspension and damping were all perfectly tailored to the future demands of motor racing, as was the braking system, which combined the standard ABS with inner-vented brake discs at the front and an engine-driven high-pressure pump. Details such as the transmission’s shift pattern with first gear at the bottom left also gave a clear indication of the vehicle’s singular focus on racing.

On top of this came extensive weight-saving measures. While the body with broad wheel arches was manufactured from sheet metal in the traditional manner, the front and rear bumpers along with the side skirts, boot lid and spoiler were made of plastic, reflecting the engineers’ commitment to intelligent lightweight construction. The BMW Motorsport experts tweaked the car’s aerodynamics too, with the C-pillar of the BMW M3 following a slightly shallower angle than the standard body and having a broader base. This allowed the airflow to be directed towards the distinctive rear spoiler more effectively. 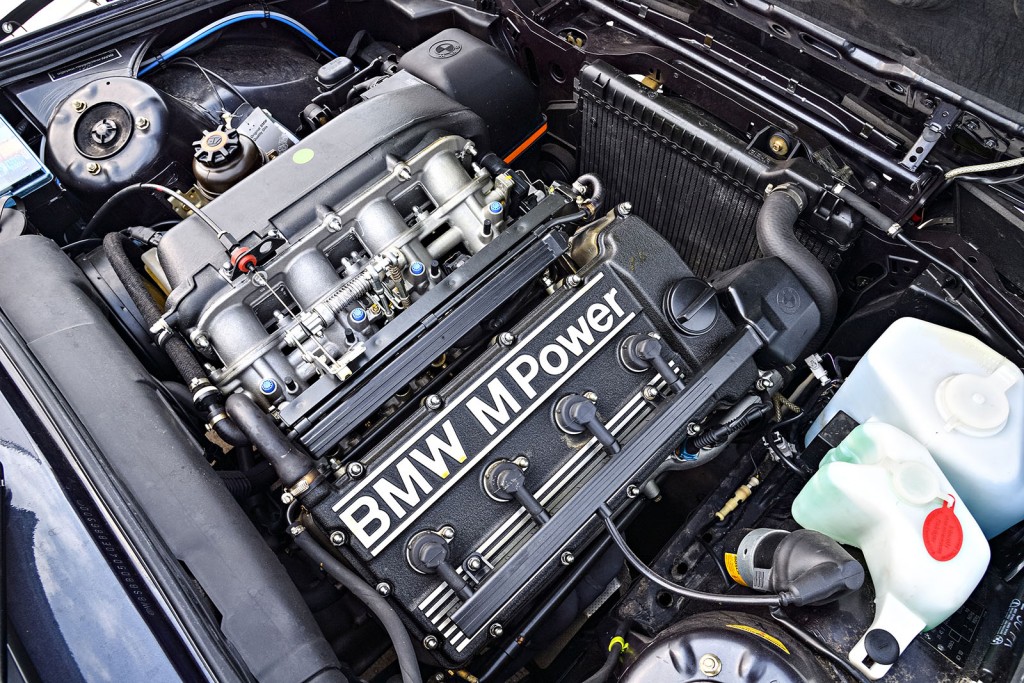 Extensive use of high tech in the powertrain, too.

The experts at the Motorsport department used the two-litre four-cylinder engine fitted in series-production models as the basis for the M3’s unit, as the low weight of its construction and its high-revving capabilities meant it had exactly the right ingredients for a racing engine. To transform the well-mannered everyday engine into an athletic performer with sports car credentials, however, they had to subject it to some intensive power therapy.

First, they increased its displacement to 2.3 litres and converted it to a four-valve arrangement. For this purpose, the team employed a suitably modified cylinder head taken from the six-cylinder engine featured in the BMW M1, whose combustion chambers were – conveniently enough – spaced exactly the same distance apart as the four-cylinder unit’s. The crank drive on the BMW M3 was designed to be so rigid that it could handle 10,000 revolutions per minute and more. The standard production car’s rated engine speed of 6,750 rpm therefore left plenty of margin for further evolutions of the motor sport off-shoot. 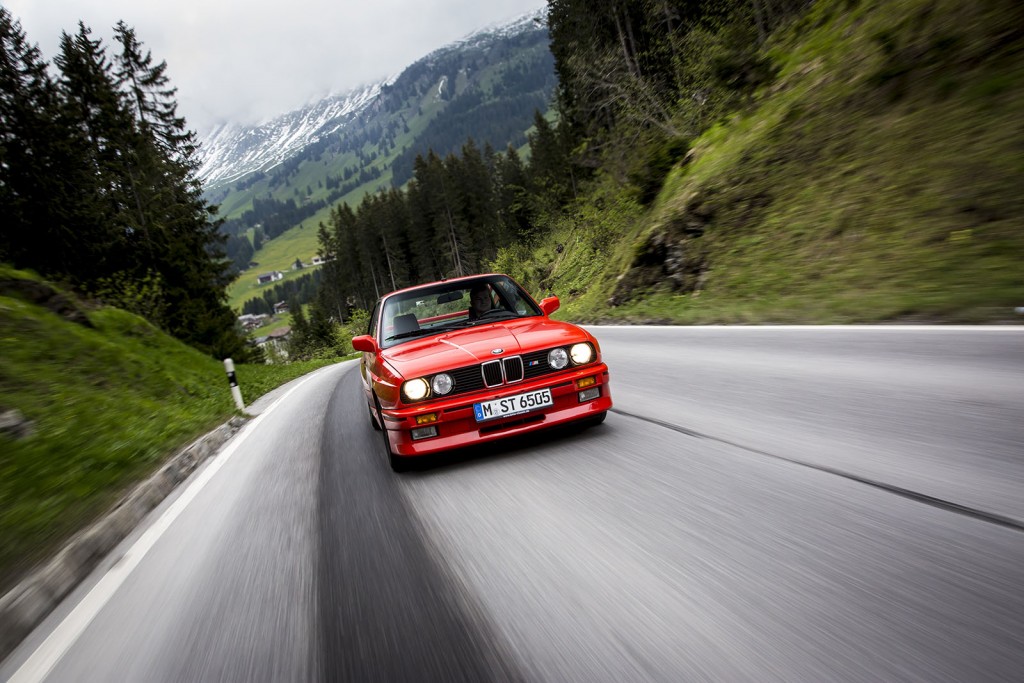 The BMW M3: a sporting icon and dynamic benchmark for five generations.

30 years ago almost to the day production began of the first series-produced BMW M3s. This represented the opening chapter in a story of success which has no equal in the automotive world. The 2.3-litre four-cylinder unit with four-valve technology produced 147 kW/200 hp and accelerated the M3, which weighed just 1,200 kilograms, from 0 to 100 km/h (62 mph) in just 6.7 seconds. Top speed was 235 km/h (146 mph). In 1988 the Evo version was unveiled, with power increased once again to 220 hp and its top speed to 243 km/h (151 mph). And this was followed in 1990 by the final development stage of the first-generation M3: the BMW M3 Sport Evolution with 238 hp 2.5-litre engine, produced in a limited run of 600 examples. 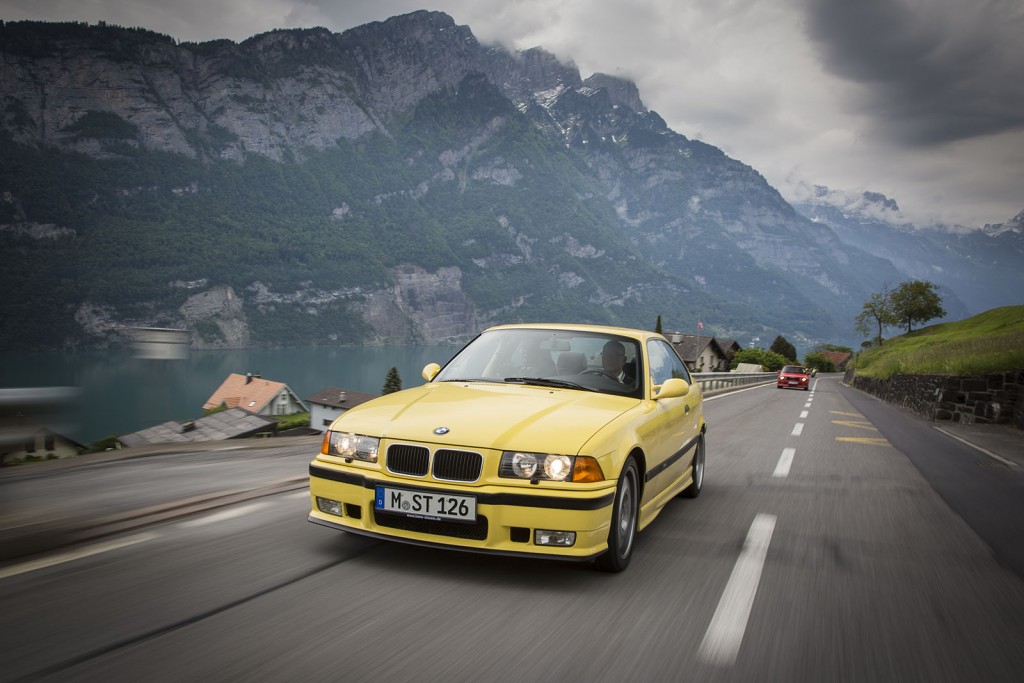 The second generation of the BMW M3 – not developed specifically for use in motor sport this time – was a much more understated affair. Unveiled in 1992, its six-cylinder engine developed 210 kW/286 hp from three-litre displacement and peak torque of 320 Newton metres (236 lb-ft). It also featured the innovative new camshaft control system VANOS. The new model set two world records – for the highest output per litre (97 hp/l) and the highest specific torque (108 Nm (80 lb-ft)/l) produced by a volume-produced naturally-aspirated engine. 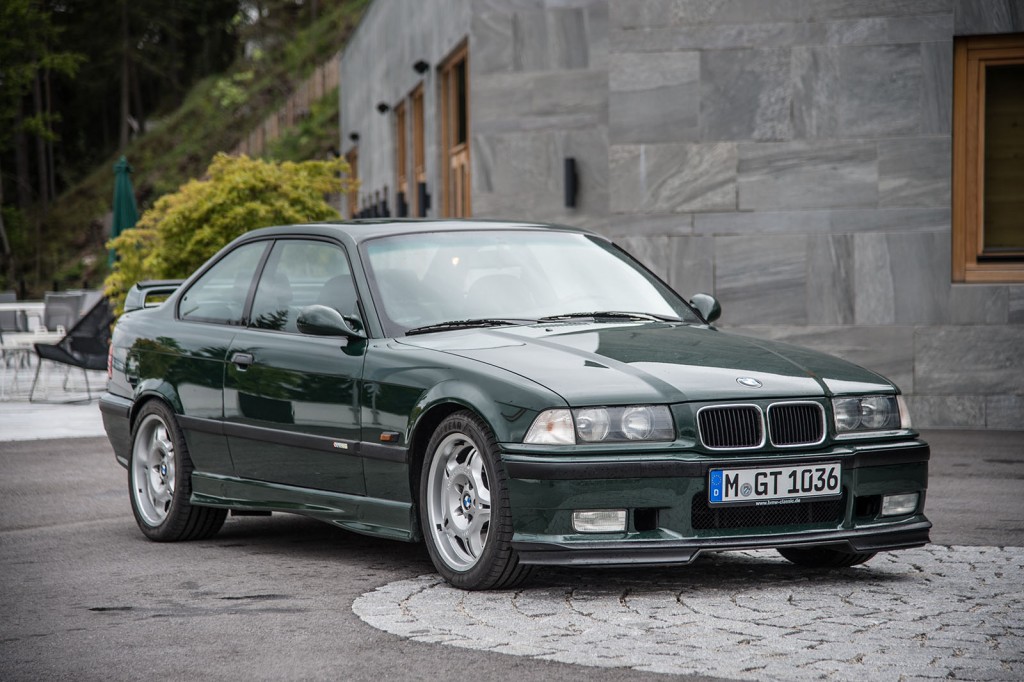 An extensive facelift in 1995 saw the displacement of the six-cylinder in-line engine increased from 2,990 to 3,201cc, with output rising to 236 kW/321 hp. Added to which, the new engine also employed Double-VANOS, which brings fully variable camshaft control on both the intake and exhaust sides. In summer 1996 the BMW M3 became the first series-produced car to be offered with the option of an SMG automated manual gearbox. 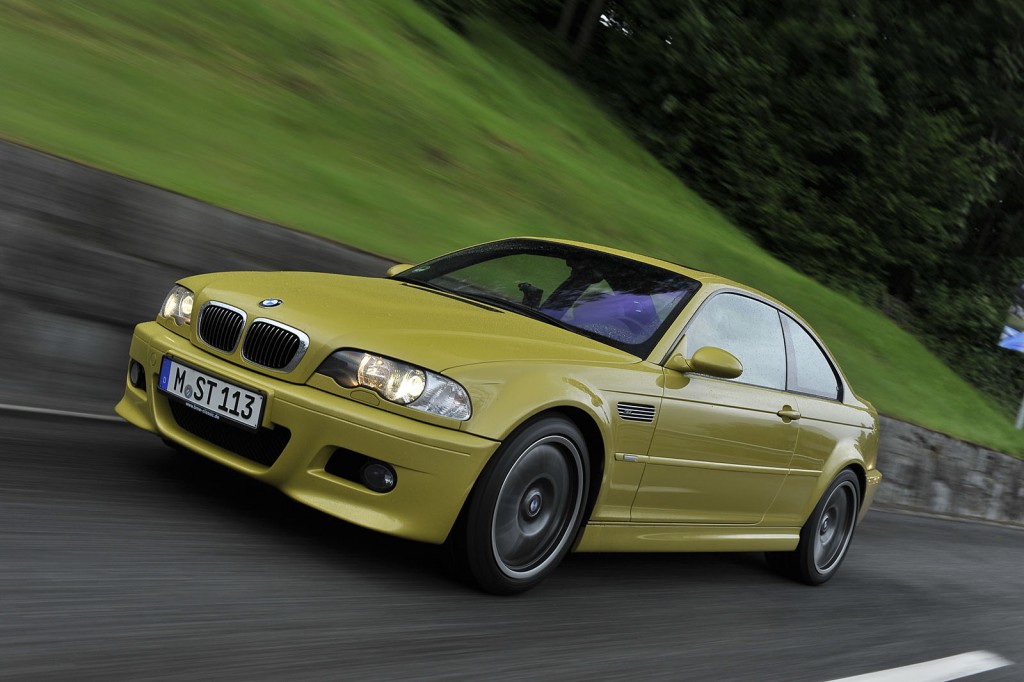 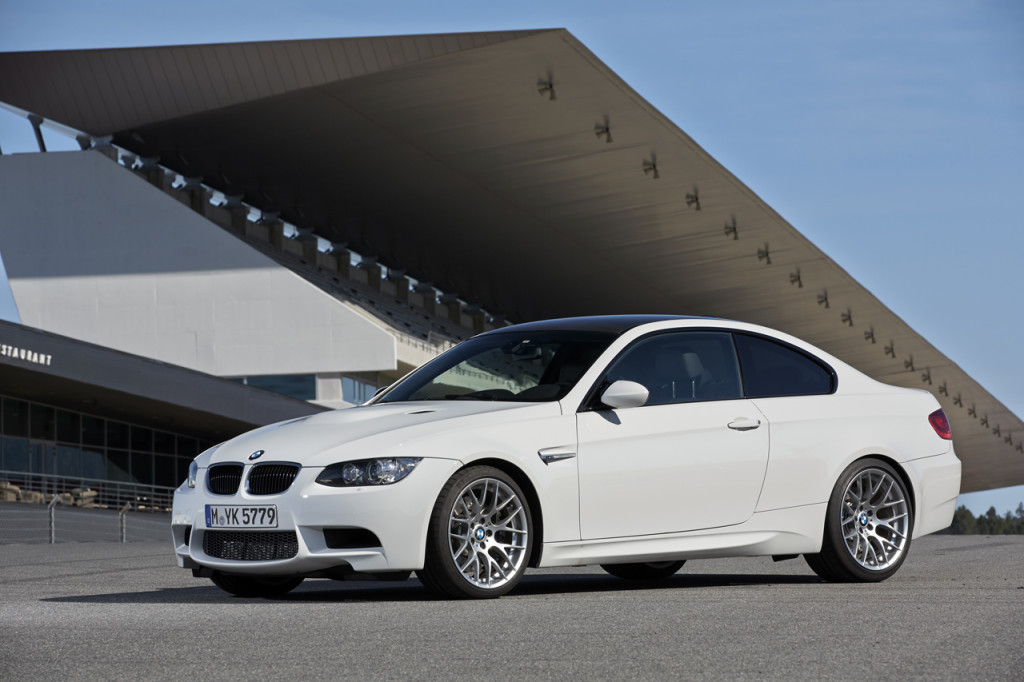 Instead of being equipped with a straight-six engine, like the two previous generations of the car, the fourth incarnation of the BMW M3 presented in 2007 was powered by a high-revving, naturally-aspirated V8 developing 309 kW/420 hp. Among the extensive intelligent lightweight design measures employed were the carbon fibre-reinforced plastic (CFRP) roof fitted as standard and a front axle made almost entirely from aluminium. 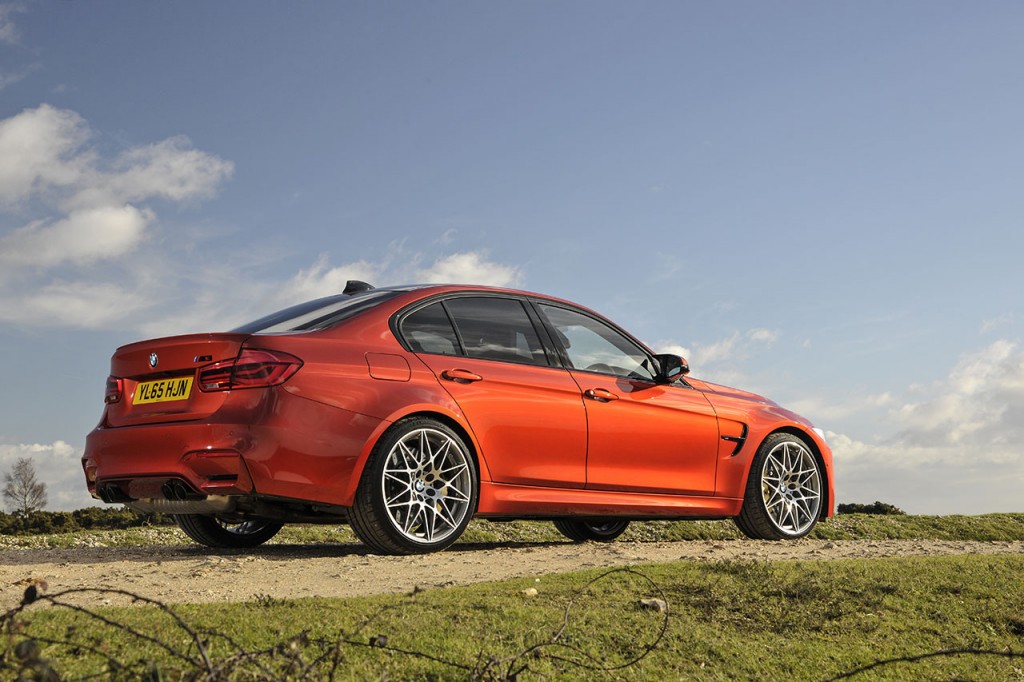 The current (fifth) generation of the BMW M3 was introduced in spring 2014. In keeping with the change in nomenclature for BMW’s series-produced models, only the four-door sedan is badged “M3”, while the coupe and the convertible variants were given the model designation M4. In all three body variants, a free-revving straight-six engine with M TwinPower Turbo technology and 317 kW/431 hp provides the power. Rigorously applied intelligent lightweight design elements include the extensive use of lightweight materials such as CFRP and aluminium for many chassis and body components. All of which has shaved around 80 kilograms off the weight of its predecessor. 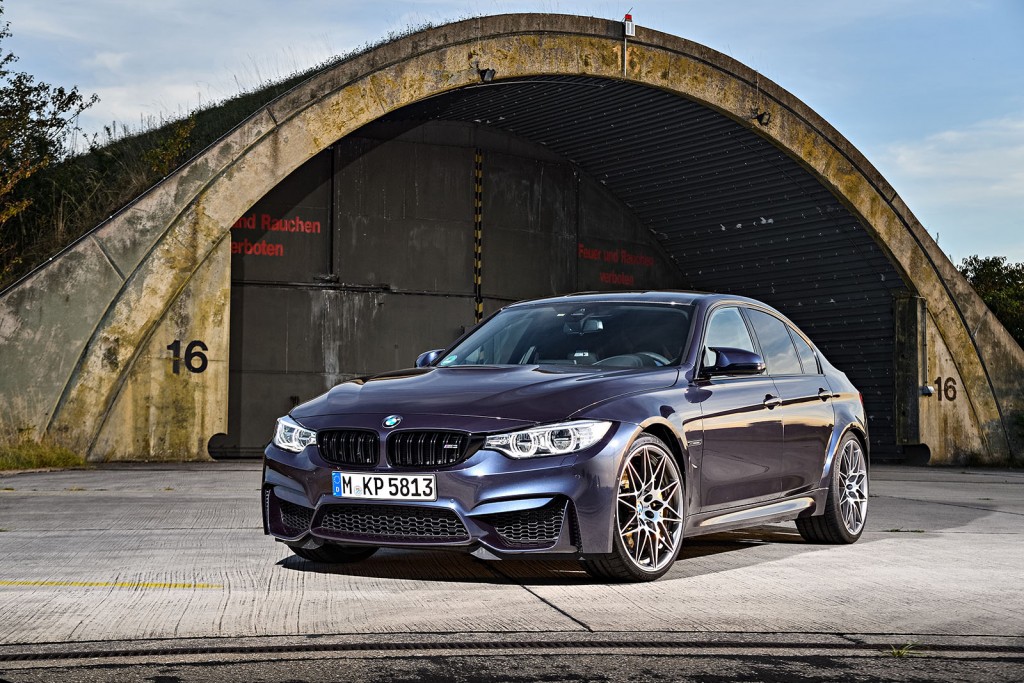 This summer, BMW M Division released an exclusive special-edition model – limited to 500 units worldwide – as a special tribute to the successful 30-year history of the BMW M3. With its Macao Blue metallic exterior paint finish, the BMW M3 “30 Jahre M3” harks back to the first generation of car, for which this colour shade was first offered. The Competition Package, which is included as standard and comprises extensive powertrain and suspension modifications, pushes the engine output of the anniversary model up by 14 kW/19 hp to 331 kW/450 hp.

BMW’s ActiveSound Has Been Hacked