When the first generation of the BMW M3 was brought out, it wasn’t just customers who were enthralled by its exceptional dynamic abilities. It also caused quite a stir within the BMW Motorsport department responsible for its development, who saw it as the perfect means of transporting work equipment and parts around the premises of what is now BMW M Division in Garching near Munich. The only problem was that goods transport didn’t figure very highly on the list of the first BMW M3’s many talents. 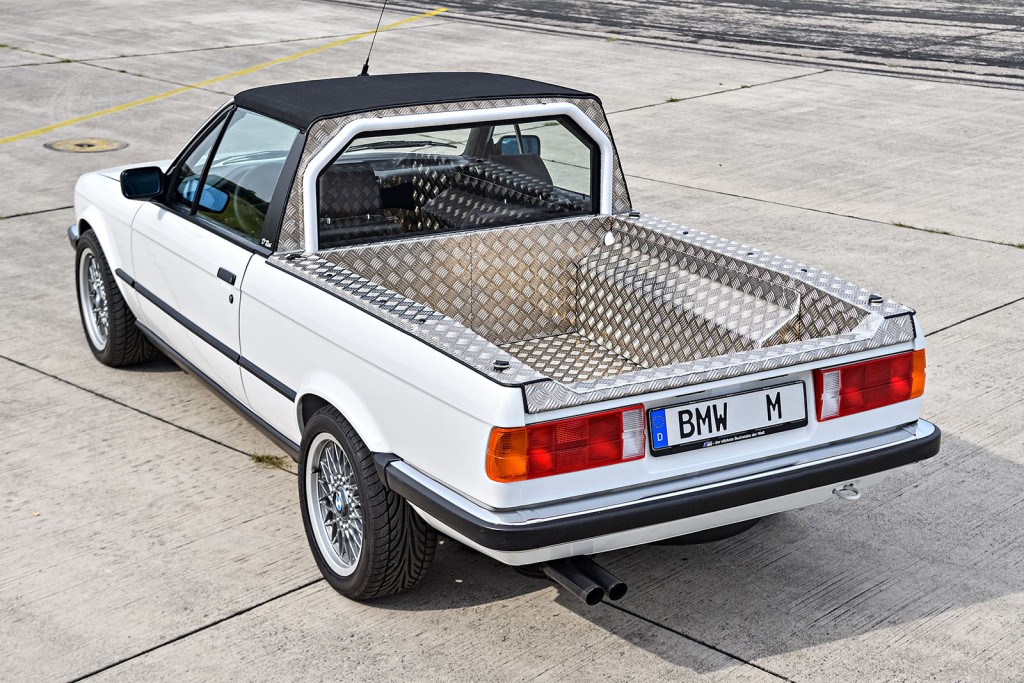 It didn’t take long to remedy the situation, the body of a BMW 3 Series Convertible being transformed into a BMW M3 Pickup. “The convertible bodyshell was chosen as the basis for two reasons,” recalls Jakob Polschak, head of vehicle prototype building and workshops at BMW M Division and an employee at the company for more than 40 years. “Firstly, we happened to have such a model at our disposal and in perfect condition. And secondly, the convertible’s built-in bracing made it the ideal choice for a pickup conversion.”

The first BMW M3 Pickup did not sport the original’s boldly flared wings, as it was equipped with the narrower body of its regular, volume-produced sibling. At first it was powered by the engine fitted in the so-called “Italian M3”, which had a reduced two-litre displacement due to tax regulations there and an output of 192 hp. “Later we switched to the original 2.3-litre four-cylinder engine with 200 horsepower,” reveals Polschak. The BMW M3 Pickup went about its work around the factory premises reliably for over 26 years before finally being retired four years ago. 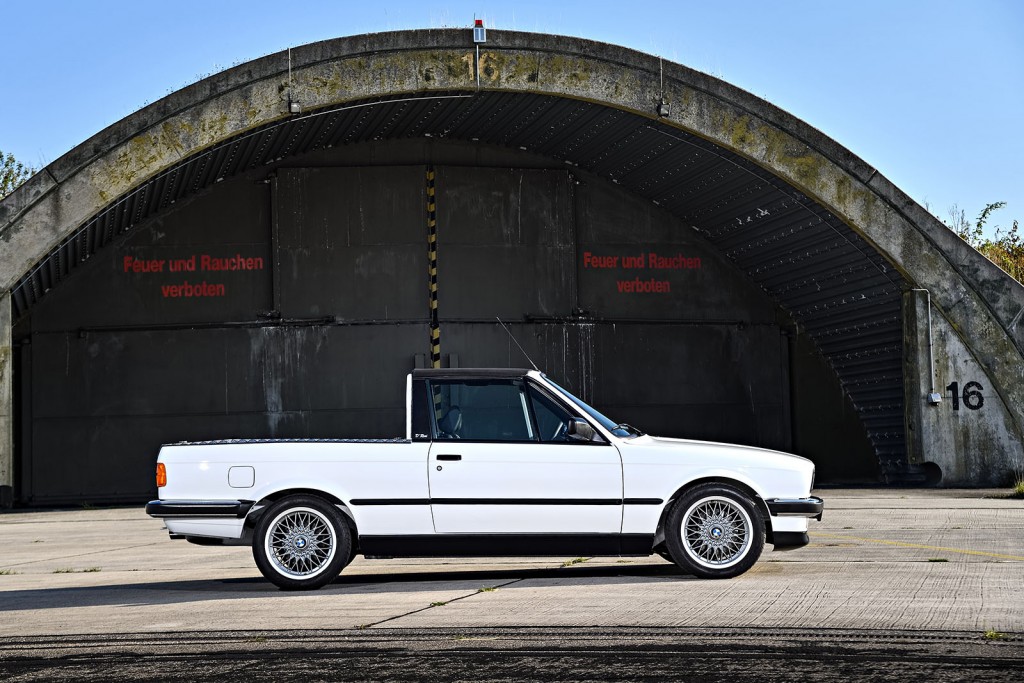 The BMW M3 Pickup’s long service life alone is clear evidence that the one-off versions being presented here are not mere gimmicks or engineering exercises. On the contrary, they are high-performance cars that have been optimised to perfectly match their intended task or field of use. As such, they epitomise the philosophy of BMW M. Plus, they also fulfilled another important purpose: “Our apprentices, graduate trainees and placement students assisted in the construction of all of these prototypes,” explains Polschak. “This allowed them to gain invaluable hands-on experience at the same time as freeing up resources for us – a classic win-win situation.”

Your BMW Could Star In a Commercial