Due to travel conflicts, we couldn’t put the November US sales numbers in context in timely fashion, so we decided to post the official BMW release when it came out, and the context today.

There’s no way to put this any other way than this: BMW’s November US sales numbers were bad. (And this is despite world-wide sales for the brand doing very well.) November US light vehicle rebounded for the first time after dropping for three months straight, up 3.6% when compared to a record November last year. Part of this was due to two more sales days in the month and part due to increased incentive spending (up 13%). CUVs and Pick-Ups grew 8.6% while cars dropped 3.9%.

There is new optimism in the industry that this year may actually exceed last year in total units delivered, as the surprising November rebound now has total units shipped up 6,418 compared to industry-wide deliveries last year. If December numbers are good, this would be the first time since 1919 that total sales grew for 7 straight years!

But the news at BMW USA isn’t nearly as good. With sales off 18.2% overall (passenger cars were off over 26%, this would have been much worse if the X1 weren’t classified as a car), BMW USA is doing much worse than the industry as a whole, as well as the closest luxury competitors, Mercedes-Benz and Lexus (up 0.3% and down 1%, respectively.) 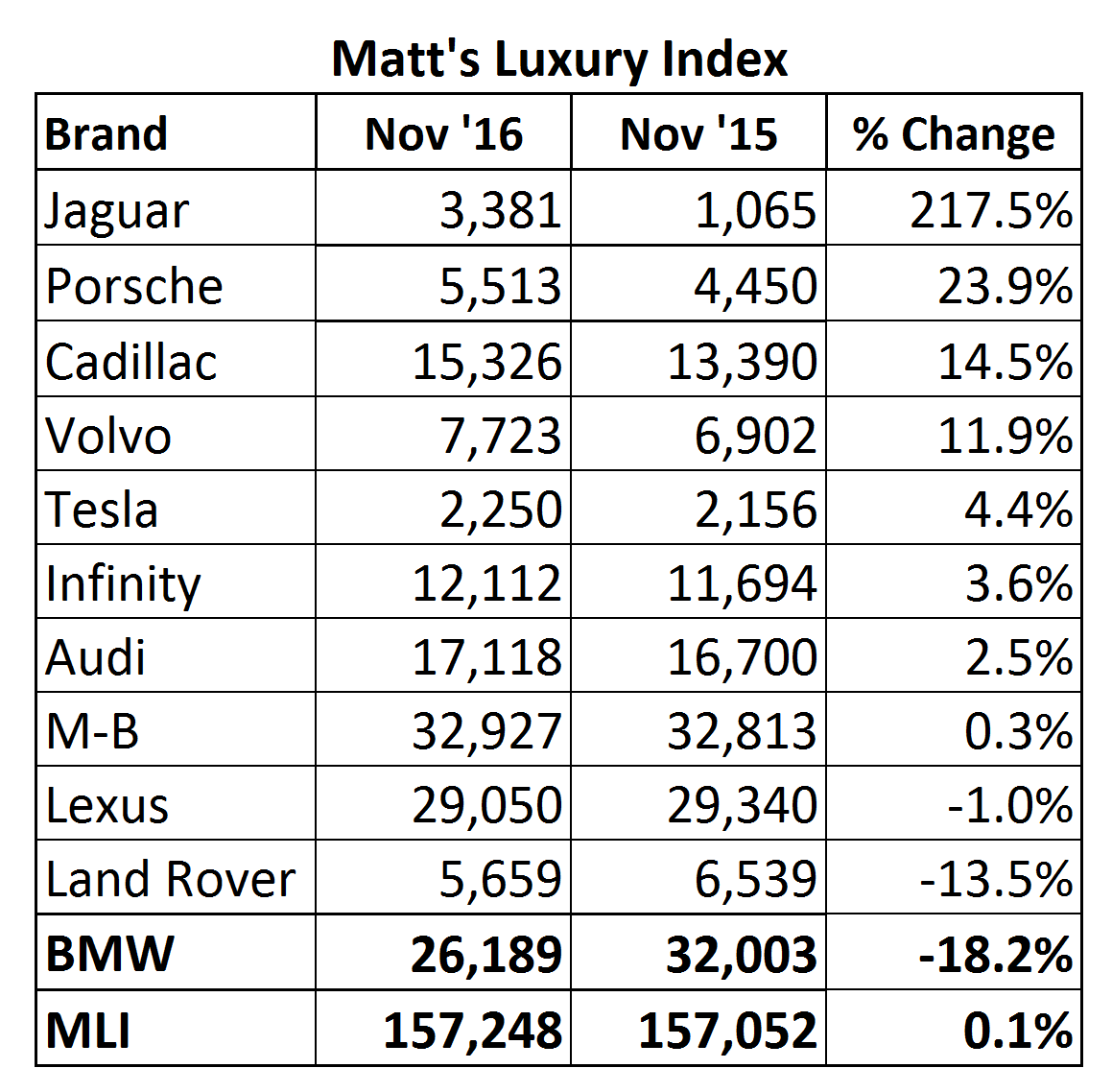 BMW has dropped to the very bottom of Matt’s Luxury Index. Land Rover is the only other marque in the index that had anything as close to as bad a month. This is probably due to the Jaguar F-Pace doing so well, and at least Land Rover can console itself that it’s losing sales to an in-house competitor. To add salt to the wound, Mercedes-Benz would pretty much need to close it’s dealerships for most of December to lose the US Luxury sales crown this year, while BMW, that eked out a narrow win last year, isn’t really even in the hunt.

The BMW Press Release touted strong sales of the 7-series, X1 and X5. But President and CEO, BMW of North America Ludwig Willisch’s comments that the world-debut of the new 5-series at the Detroit Auto Show in January will lead to a compelling line-up for 2017 ring hollow, as it would have to add about 6,000 units a month to make up for declines in other models. 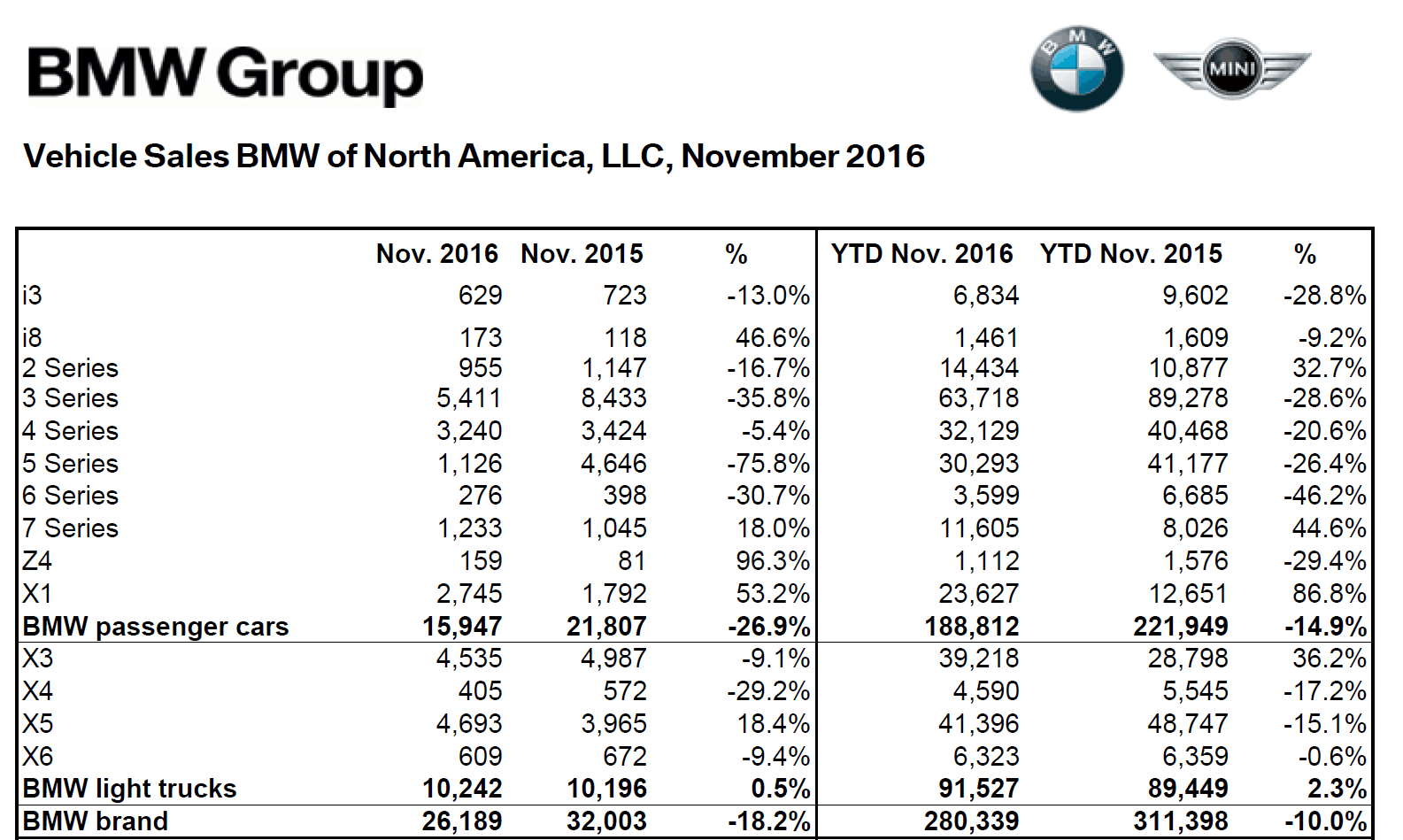 One interesting item is that used BMW sales for the month totaled 30,601 deliveries. This is 4,412 units more than total new car deliveries! Clearly, BMW USA is in a tough position. The expanded output at Spartanburg didn’t really turn things around. The shift away from passenger cars by the US buying public doesn’t bode well for BMW either. From where we sit, 2017 looks to be a challenge for BMW USA as well.

by Gabriel Bridger
BMWi i3 Opinion