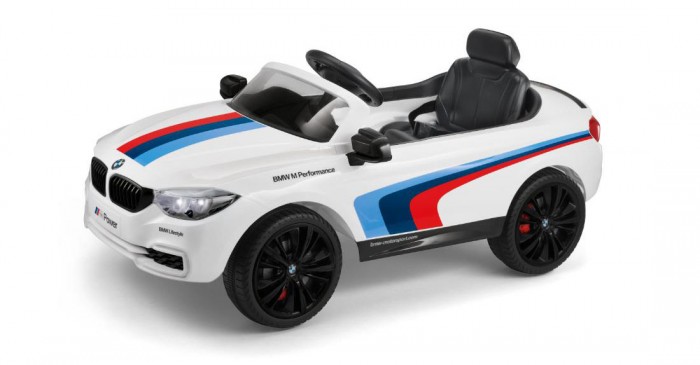 With my youngest about to turn five I decided to take the plunge to get what I or his siblings never had – a full-on electric ride-on car. The first step was to begin researching what BMW and MINI offered. As most kids there are just a couple of things that really matter – speed and realism. But as I came to find out there were a couple other aspects that mattered perhaps even more so and finding the perfect ride-on car.

Looking at speed alone the BMW M4 promised 3 MPH vs the Tesla which could also hit 3 mph. But by flipping a switch in the trunk you get something similar to Tesla’s ludicrous mode that gives kids speeds up to 6 mph. The M4 quickly looked tame in comparison. Granted that speed comes with a price. The Tesla Radio Flyer retails for $499, that’s $182 over the M4.

What about MINIs? While the market is seemingly filled with MINI ride-on cars, most if not all that I found had dubious build quality and were poorly designed. The only other car considered was the new Ride On McLaren P1TM but it’s intended for 3-6 year olds making its longevity in our garage not ideal.

So down the M4 and the Tesla then.

Looking at the two next to each other the price difference makes sense. The Tesla comes with working headlights, a stereo with an AUX input, a (quiet) horn and a powered reverse. And then there’s the size which quickly became a key decision maker.

Like the McLaren the BMW M4 was small and only suitable for ages 3-5. Given that my son was turning five (and was already tall) the Tesla quickly became the front runner. Another aspect I hadn’t initially thought of was re-sale. A quick check on Craigslist and eBay proved this point – there were lots out there and many once expensive purchases looked a little beat-up and cheap. The Tesla seemed to be cut from a different cloth in terms of performance, range and build quality. The likelihood of a good resale down the road seemed much higher with something like the Tesla.

With the decision made, we moved on to the process of actually getting one. Similar to the full-size Tesla, the Radio Flyer model can be customized and ordered via a website. It’s also an amazing way to kick-off a birthday (and lets be honest, probably the best birthday a kid will have). You start by selecting the battery size. Standard is 130 Wh battery with $60 buying you 50% more playtime per charge. Then you get to the fun stuff. Colors are straight from the Tesla catalog as are the two wheel choices which perfectly mirror the optional “Turbine” wheels from the Model S. All told it’s a fun and quick process that ends in the perfect Tesla Radio Flyer arriving in about a week’s time.

Unboxing and the First Drive 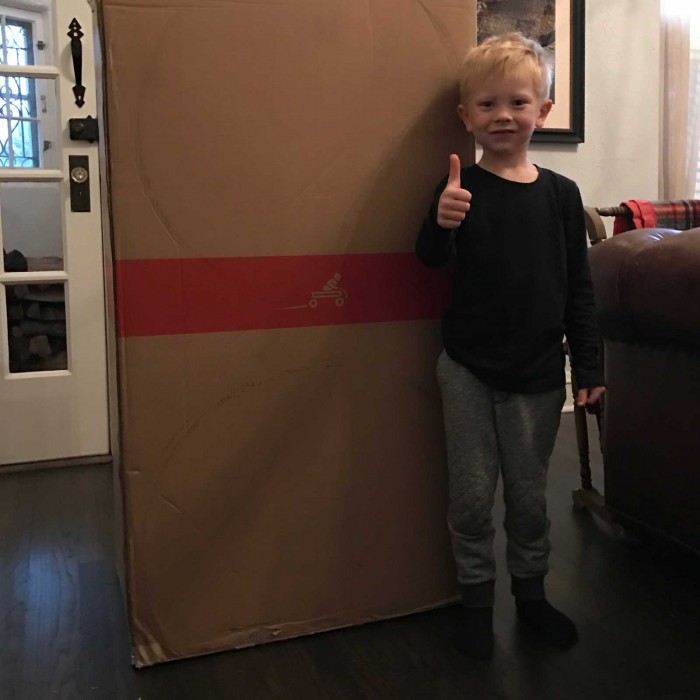 Watching my son un-box an electric ride-on car was one of the better experiences of my life. With the LED lights on the Tesla rolled out of the box for the first time. He was out of his mind realizing that something we had talked about for over a year was finally coming true. Why did he love it so much? The scale certainly helped. But more than that I believe it was the attention to detail in the design and the build quality that made it feel so special. It felt like a real car to him.

Of course none of that would really matter if he got tired of it in 10 minutes. This is where the M4 might have been a disappointment. The two modes of speed were helpful in just the way I expected. Mode 1 (3 mph) allowed him to get comfortable and feel in control. Mode 2 (6 mph) gave him all the speed and acceleration he could need.

Just like the real Tesla the acceleration was grin inducing both behind the wheel and outside the car.

It’s been a few weeks since the birthday unboxing and there’s now a foot a snow on the ground keeping the Tesla in the garage. But the excitement hasn’t warn off. There’s talk of track, a race series and a rally course. And it really has given him a new view into the car and racing world.

From the parents point of view you really hope for a few things. Will they love it beyond the initial drive? Will it hold up to years of abuse driving? Will it have decent re-sale value when they’re done with it? The Tesla Radio Flyer seems to check all of those boxes and deliver an experience to kids that goes beyond most if not all ride-on cars I’ve seen. At $499 it’s not cheap. But thrill and the memories might just be a priceless. 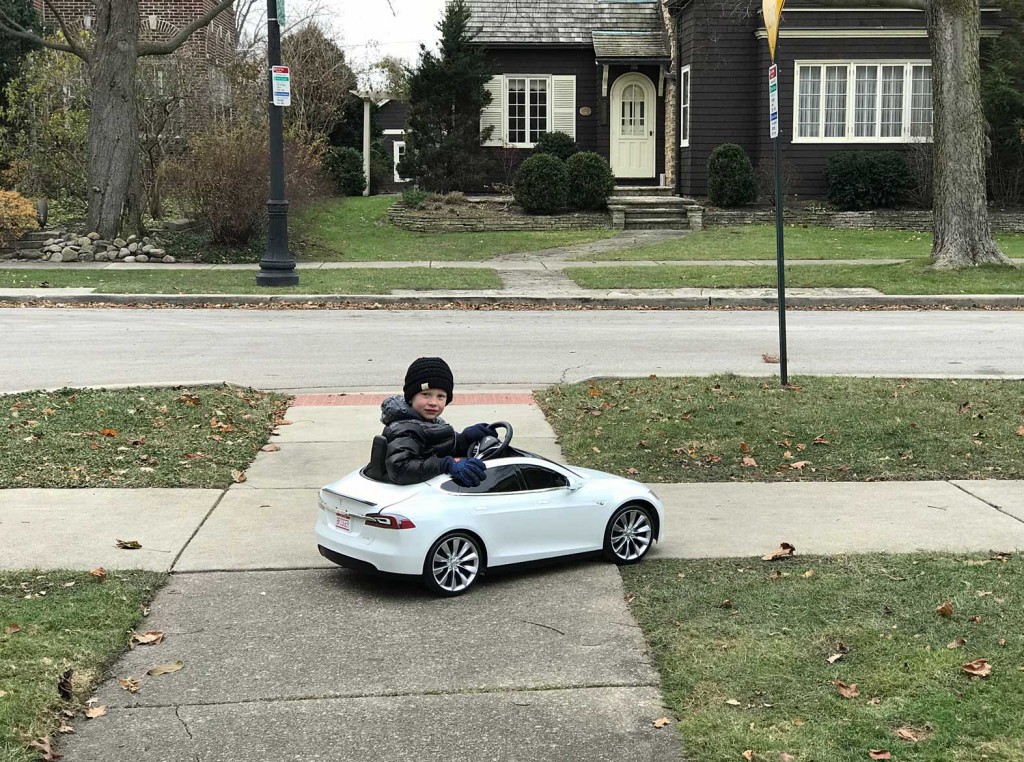 BF Garage: One Year in the 1M – The Last Analog M Car?