Turn your hymnals to 2002. David E. Davis wrote those words over 40 years ago as his opening to what has been since known a the greatest American car review of all time. The car was a small German car that had none off the grunt or the style that American roads were used to. What it did have was “all the cojones and brio and elan of cars twice its size and four times its price”. This was a car that defined not just BMW but what was possible in as small sports sedan. Frankly it defined what we as consumers in the US should demand. 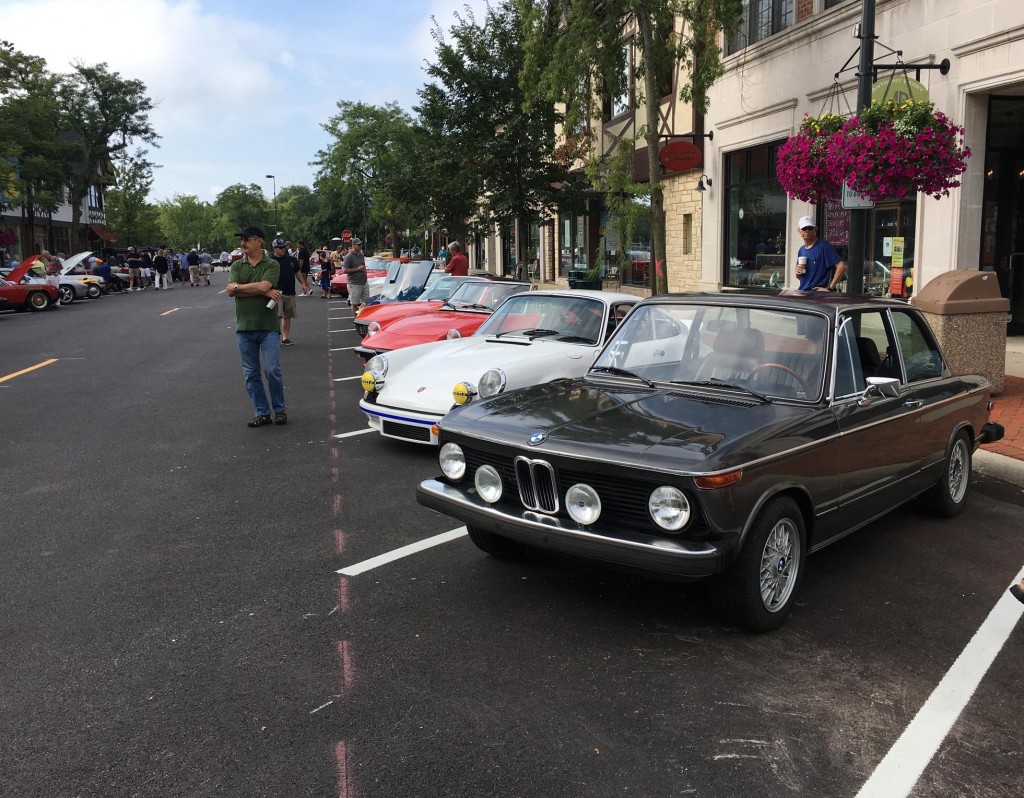 Fast forward over 40 years and BMW has evolved into a large profitable company that makes a wide range of cars. While we still like most of them (and love a few), there’s no question that many have lost the magic that the BMW 2002 had in abundance. And all have lost that perfectly weighted (and unassisted) steering feel that the 2002 had so effortlessly. 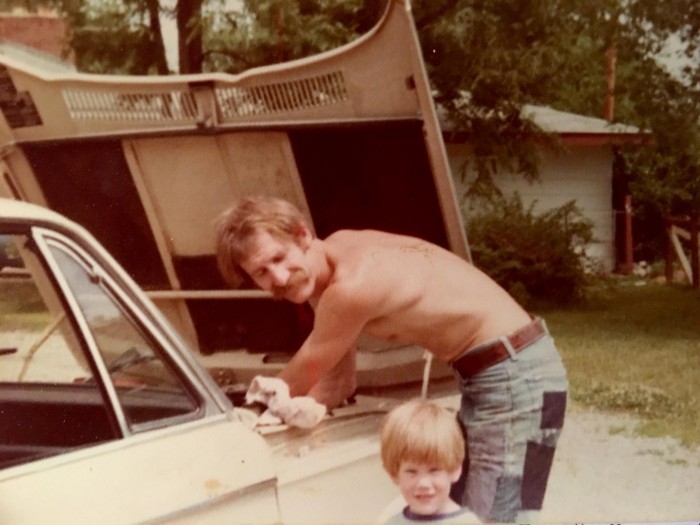 So we bought one. What better way to judge current and future BMWs than going back to what created the brand as we know it.

From a personal standpoint it’s also reconnecting to my childhood. My first memories of a car were of our 1974 BMW 2002 that served as our family transportation well into the 1980s. It colored my view of what a car should be. And now it will do that again.

We bought a 1976 BMW 2002. Enthusiast restored and owned, it was extremely well sorted and has had about everything possible replaced on it within the last ten years. Along with new everything it also had a huge list of upgrades: 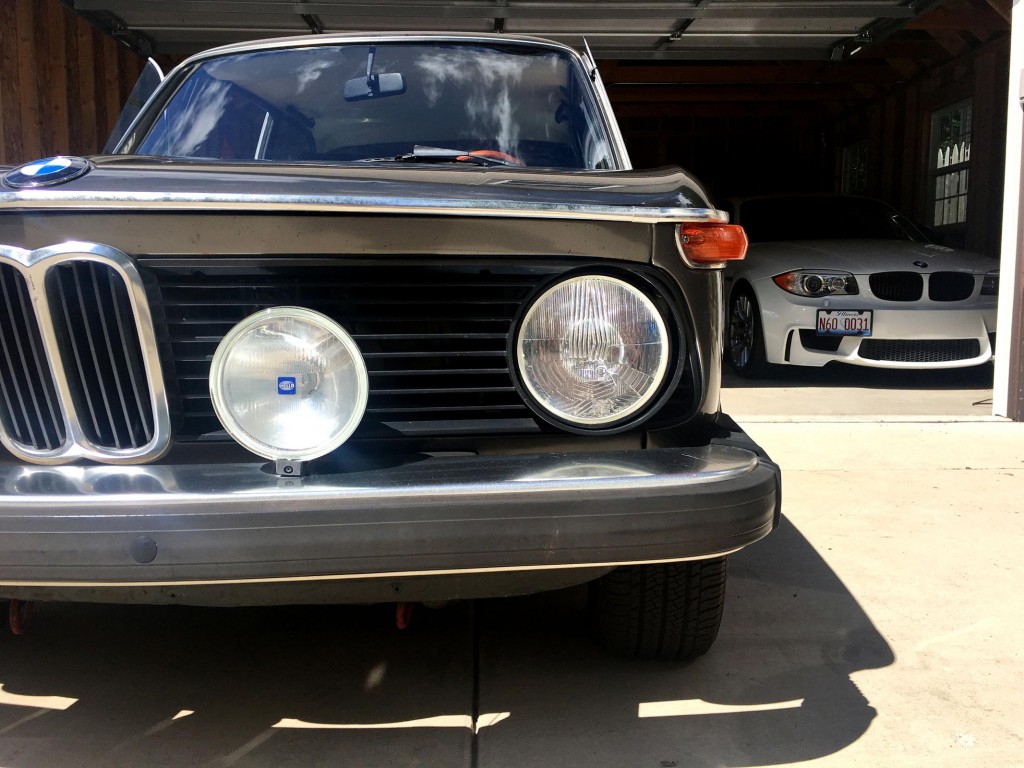 The best part is how it drives. It’s not at all fast by modern standards. The brakes are a hair above adequate and it takes time to get used to the floor hinged pedal. But taken as a whole the driving the experience is unlike anything else. It is impeccably balanced and transmits every ounce of detail you could imagine from the road to the wheel. It is in a word – alive. And you feel alive driving it.

For 1970s standards (granted much of our 1976 2002 was technically engineered in the 60s) there’s a solidity to the structure that’s surprising. Part of that is due to the mods added to the car from the previous owner; camber plates, new bushings, strut braces and battery relocation brace all doing their jobs in unison. The result is almost nonexistent body roll in corners and the ability to place and control car unlike a modern BMW.

Equipped with the Supersprint header and Ansa exhaust our 2002 rumbles to life sounding much more sinister than it looks. On the road it’s not all that loud but the deepness to the sound definitely makes an impression on those in the know. 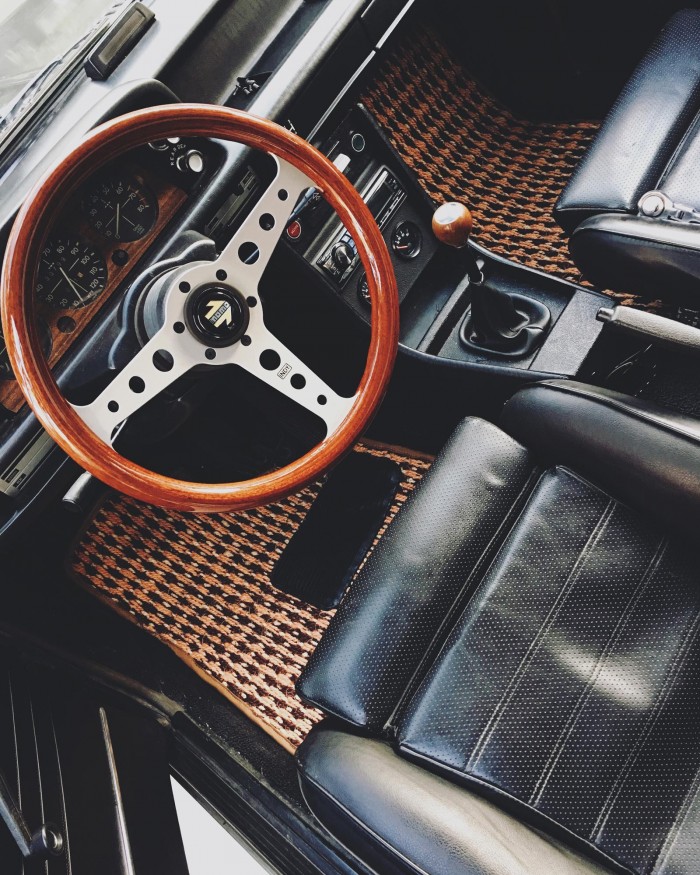 Inside is in fair shape with E21 Recaro sport seats being the major addition. The only thing of consequence I’ve added so far is a wood rimmed Momo Indy steering wheel. The Indy’s smaller diameter makes parallel parking (and three point turns) a full body workout. But on the road the immediacy the size provides matches the overall character of the car and the steering.

Owning a E28 535is and now a E10 2002 has been critical in creating context for reviewing modern BMWs. But on a personal level their just enjoyable to own. The sound of the key in the lock and the smell of the interior as you step in greet you unlike anything modern. Then there’s the process of starting (which is an actual process). Shifting from 1st to 2nd and accelerating through the range is slow but satisfying. And you quickly realize that you aren’t the only one who notices how special the car is. Our 2002 gets more attention from car lovers and the general public than anything we’ve ever driven. Unlike driving a new MINI 15 years ago (when they were quite rare), the 2002 elicits very different reactions. The 2002 is cool in a way that only something old can be. It’s not a pretty car. In fact it’s the anthesis of current automotive trends of big wheels, high belt lines and aggressive styling. The 2002’s design is driven by purpose and purity. And the reactions we often see and hear (whether they are subconscious or not) seem to be motivated by that. In other words they just don’t make ’em like this anymore.

I highly encourage anyone who considers themselves an enthusiasts to own something vintage at some point in their lives. While there’s plenty to choose from for BMW fans, there’s no better place to start than a 2002. The view behind the wheel is pretty rewarding. 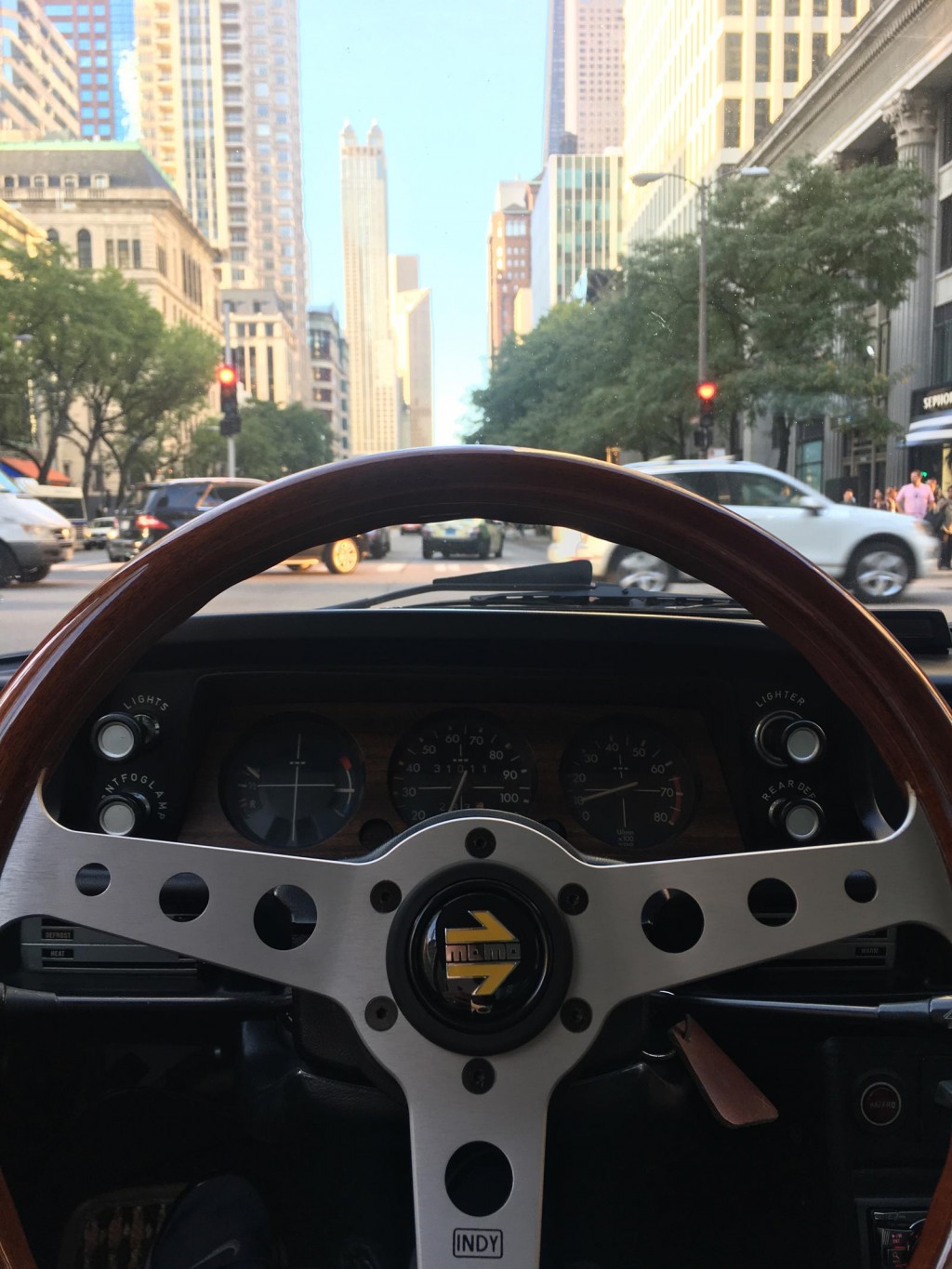