Official Release: A double-podium finish for BMW Team RLL in today’s IMSA Advance Auto Parts SportsCar Showdown at the Circuit of the Americas, in Austin, Texas, was a well-deserved reward for every team member who had worked so hard to regain the competitiveness of the BMW M6 GTLM this season.

Bill Auberlen and Alexander Sims drove the No. 25 M6 to second place in the two-hour-and-forty-minute contest, completing 71 laps of the 3.4-mile, 20-turn track and finishing 2.498 behind the winning No. 3 Corvette. John Edwards and Martin Tomczyk, driving the No. 24 M6, finished in third place, after a strong run from the pole position.

With the benefit of the pole position, Edwards led the field from the green flag into the first turn and Sims, from the third starting spot, moved up one position to follow his teammate at the front of the field. A scrum developed at the back of the GTLM field and multiple contacts among five competitors effectively reduced the race to a four-car event.

Sims relinquished the second position 34 minutes into the race to the No. 911 Porsche after a 14-lap battle. Edwards continued to lead, opening up a 3.2 second gap. Passed for the lead on lap 22 by the Porsche, the second yellow flag of the race waved to close up the field with Edwards P2 and Sims P3. Pit stops began on lap 26 as the field circulated behind the safety car with the Porsche and both BMWs coming in. Quick service by the No. 24 M6 crew got Tomczyk out ahead of the Porsche with Auberlen, now in the No. 25 M6, right behind. Unfortunately, a pair of rare miscues saw Auberlen leave the pits before the fuel man had finished and the Californian was forced back to the pits for a drive-through penalty. Tomczyk and two other competitors, missed the illuminated pit exit lights and had to return to serve a stop plus 60-second penalty. The No. 3 Corvette had pitted earlier and inherited the GTLM lead with Auberlen now P2 and Tomczyk now P4 to begin their stint. 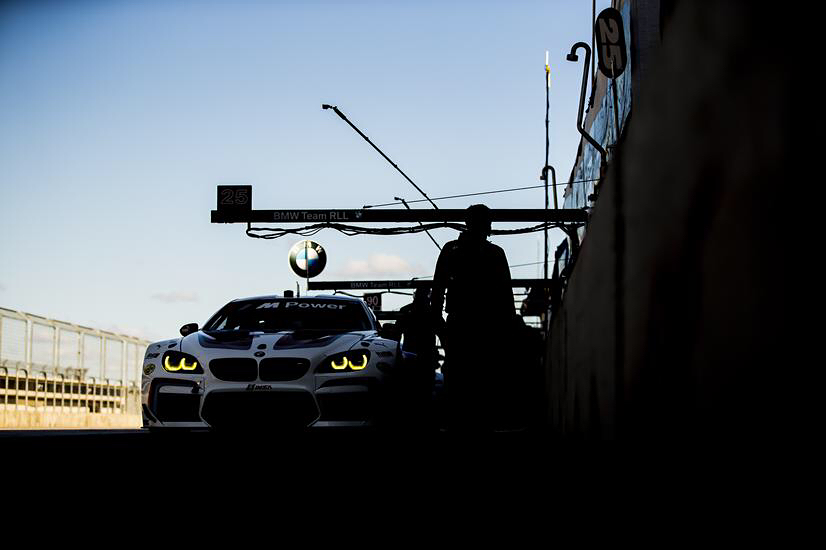 The second set of stops was completed under the green flag on laps 44 and 45 with Sims back in the No. 25 M6 and Edwards back in the No. 24 M6 to finish the final hour of the race. The third and final caution flag of the race flew with less than ten minutes remaining for a burning prototype car. The track was quickly cleared and the race restarted with some four minutes to go. Sims gave chase, but there was not enough to catch the Corvette. Ultimately, the result was Sims second and Edwards third and the first two BMW Team RLL podium finishes of the season. 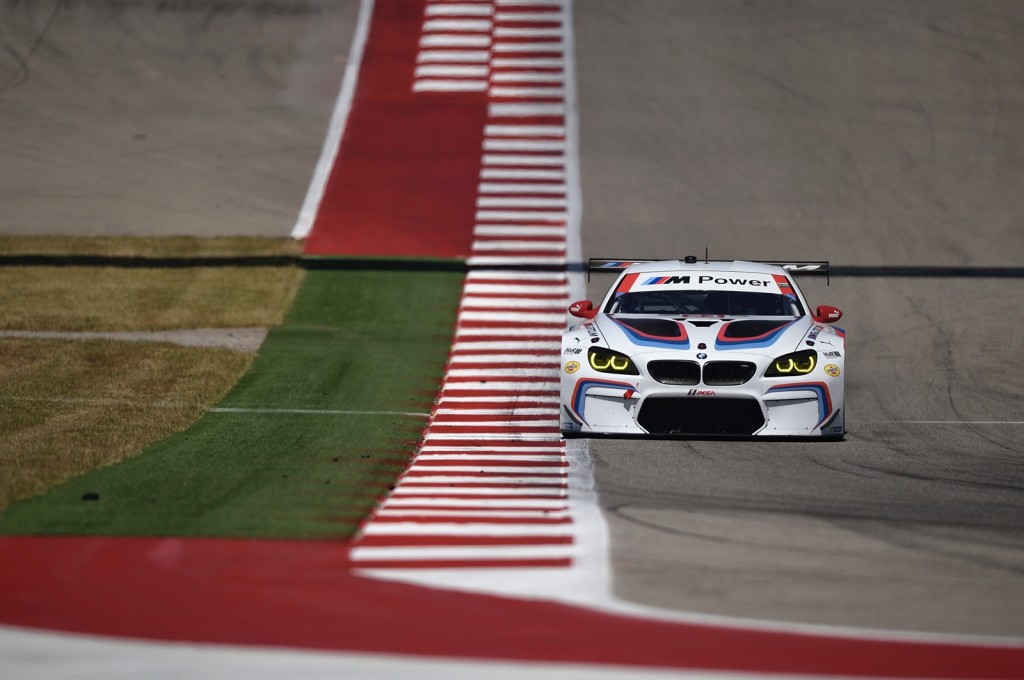 Bill Auberlen, driver No. 25 BMW M6 GTLM (P2): “It is a long time coming for this game and this car. We have to be very happy for that but the weird thing is that BMW Team RLL is so geared to win, that is the most important goal. When you get second you still want to be on top. However, we have to smile and hold our heads high. We covered two-thirds of the podium just not the top step this weekend.”

Alexander Sims, driver No. 25 BMW M6 GTLM (P2): “I was happy we were able to come out of turn one P1 and P2, but I had quite a bit of a lock-up and that compromised my first stint quite a bit with a lot of vibration in the front tire but the car continued to work well. Then there was a little bit of a misunderstanding with the pit release and we got a drive through penalty. We were catching the Corvette at the end, but needed a little bit more of time. In the end, we are happy to have gotten second place and it was great to be standing on the podium for the first time in the U.S.”

John Edwards, driver No. 24 BMW M6 GTLM (P3): “We’ve been competitive every lap this weekend. It was just a mistake – for each car – that cost us in the race. I am excited for the rest of the season, to race at tracks such as Watkins Glen and Mosport. These two circuits are great for the M6 and two of my favorite tracks in North America.”

Martin Tomczyk, driver No. 24 BMW M6 GTLM (P3): “The result could’ve been better, but I made a mistake. I left the pit lane when the exit light was red. I was fighting with the Porsche and he also did not see the red light. But that shouldn’t be an excuse. It’s was my fault. In the end I think we did the best we could by finishing third, with the sister car in second.”

Following the traditional hiatus to allow teams to compete in the 24 Hours of Le Mans, IMSA will return to series action in the Sahlen’s Six Hours of the Glen on Sunday, July 2 at Watkins Glen International, in Watkins Glen, NY. Follow BMW Team RLL on Twitter at @BMWUSARacing for “from-the-pit-box” updates all weekend.