BMW will be extremely well represented in the famed race across all classes. Be sure to check it out via the live streaming on Youtube.

Official Release: The 24-hour race at the Nürburgring (GER) will be held for the 45th time in 2017 – and BMW Motorsport has rarely been so well placed in quality and quantity as in this season. A total of more than 40 BMW race cars are registered for the 24-hour race. The 13 BMW M235i Racing makes up the largest contingent. This is the entry-level model in the customer racing product range of BMW Motosport. Nine BMW M6 GT3 will contest the SP9 class, all looking to get a top result in the overall standings at this endurance classic. The new BMW M4 GT4 will be on the starting grid as the media car. 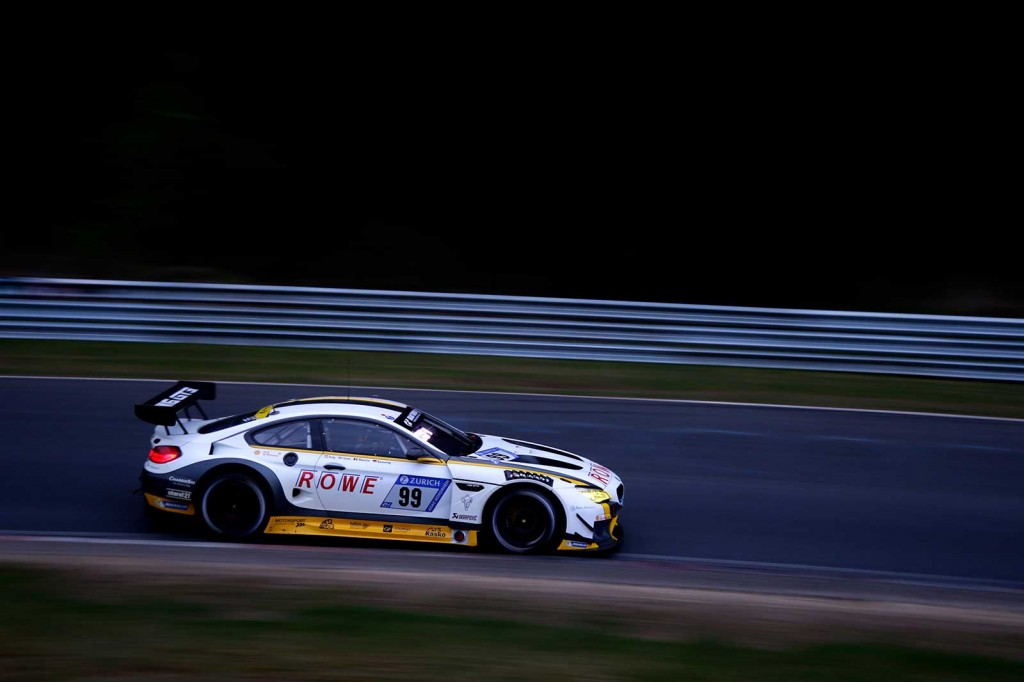 BMW has celebrated 19 overall wins at the legendary Nürburgring-Nordschleife since 1970, eight of which were one-two results. They have racked up a total of 177 class wins – more than any other brand. There have been 1,580 BMW starts at the 24-hour race between 1970 and 2016. In comparison, Opel in second place has fewer than half as many starts. The last win was in 2010, with the BMW M3 GT of BMW Team Schnitzer and the drivers Augusto Farfus (BRA), Jörg Müller (GER), Pedro Lamy (POR) and Uwe Alzen (GER).

In the current driver squad, in addition to Farfus (1 win) and Müller (2 wins), there are two other drivers who have already won at the Nürburgring: the two BMW newcomers Marc Basseng (GER) and Timo Scheider (GER). Philipp Eng (AUT), Maxime Martin (BEL) and Alexander Sims (GBR), the reigning winners of the 24-hour race in Spa-Francorchamps (BEL), will once again team up to represent BMW. Many other well-known BMW works drivers will also be in action, including DTM champions Marco Wittmann (GER), Bruno Spengler (CAN) and Martin Tomczyk (GER). 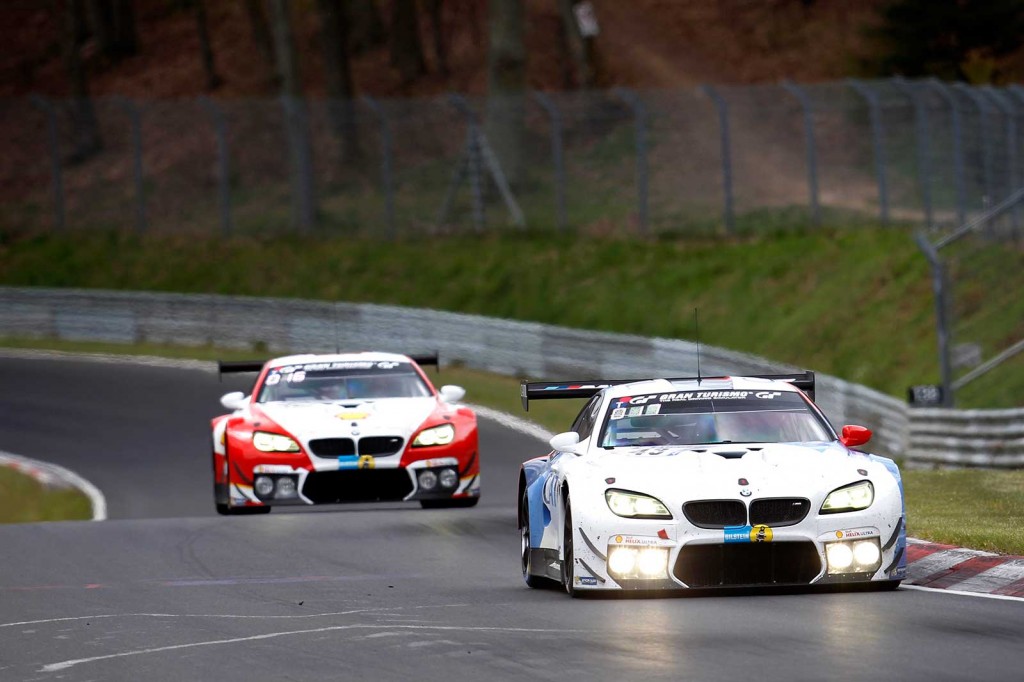 In addition to the BMW M6 GT3, BMW M235i Racing and numerous privateer BMW cars, the new BMW M4 GT4 will also take on the endurance classic in the Eifel region. The media car cockpit will be shared by Dirk Adorf (GER), who will once again provide commentary for RTL NITRO, BMW Motorsport Junior Ricky Collard (GBR), Jörg Weidinger (GER) and British motor racing journalist Jethro Bovingdon (GBR). Adorf played an important role in the development of the BMW M4 GT4, since he drove for a large proportion of the testing. Collard and Weidinger, who takes to the track as a test and development engineer for BMW M GmbH, were also involved in the development and will put the car through its paces once again in the “Green Hell”.

The M Festival takes place within the framework of the 24-hour race for the seventh time. In the large BMW M Hospitality area fans and VIP guests have the opportunity to experience a special event programme focussed on the most powerful letter in the world. 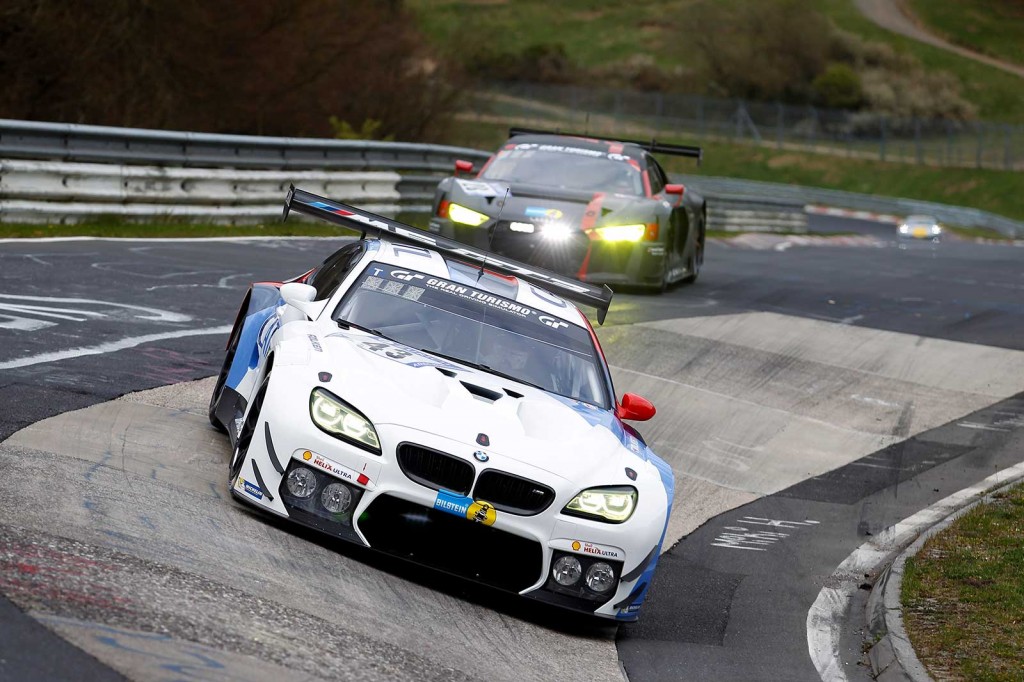 Jens Marquardt (BMW Motorsport Director): “The 24-hour race at the Nürburgring is the highlight of our European GT season in 2017. No other manufacturer has competed in this event with as much success as BMW. With 19 overall wins, we have been part of the 24h Nürburgring success story since 1970, and have shaped the event. The fans reward our teams with fantastic support every year and I’m certain the same will be true in 2017. The ‘Green Hell’ has become a second home for BMW Motorsport and BMW M, which is demonstrated by the M Festival, which has turned into a permanent fixture on the support programme of the 24-hour race. To enjoy sporting success on the Nordschleife, you need experienced teams and reliable, fast drivers. We will compete with both once again this season, as well as competitive cars – the BMW M6 GT3 in particular. This may just be our biggest and best squad of all time at the Nürburgring. But it will, of course, once again be an extremely difficult race – due to the demanding track, the strong competition and all the surprises that a 24-hour race in the Eifel mountains has in store.”

Torsten Schubert (team principal, Schubert Motorsport): “Finally, the week that we have been meticulously preparing for over the past months is here. The 24 Hours of Nürburgring is of great importance to me and our entire team, and is the highlight of our season. We are proud to be competing at the ‘Green Hell’ for the sixth year in a row with works support provided by BMW Motorsport. Unfortunately, despite strong performances in recent years, we never had the luck necessary to make it onto the podium. Now, with the BMW M6 GT3, a very strong driver line-up and a highly motivated team, we are well positioned to be up there at the front. Hopefully luck will be on our side this time.”

Charly Lamm (team principal, BMW Team Schnitzer): “The 24-hour event at the Nürburgring is a special race and without any doubt one of the highlights of the international GT season. Our team has experienced plenty of memorable moments at the event. In 2017, we return to the ‘Green Hell’ with the BMW M6 GT3. The Nordschleife is an enormous challenge. That is true for the circuit, the race distance and the strong field. The entire team needs to stay fully focused over the time of 24 hours. We have gathered plenty of experience during preparations. We now need to make best use of it at the weekend. The whole team is really looking forward to this challenge and is highly motivated.” 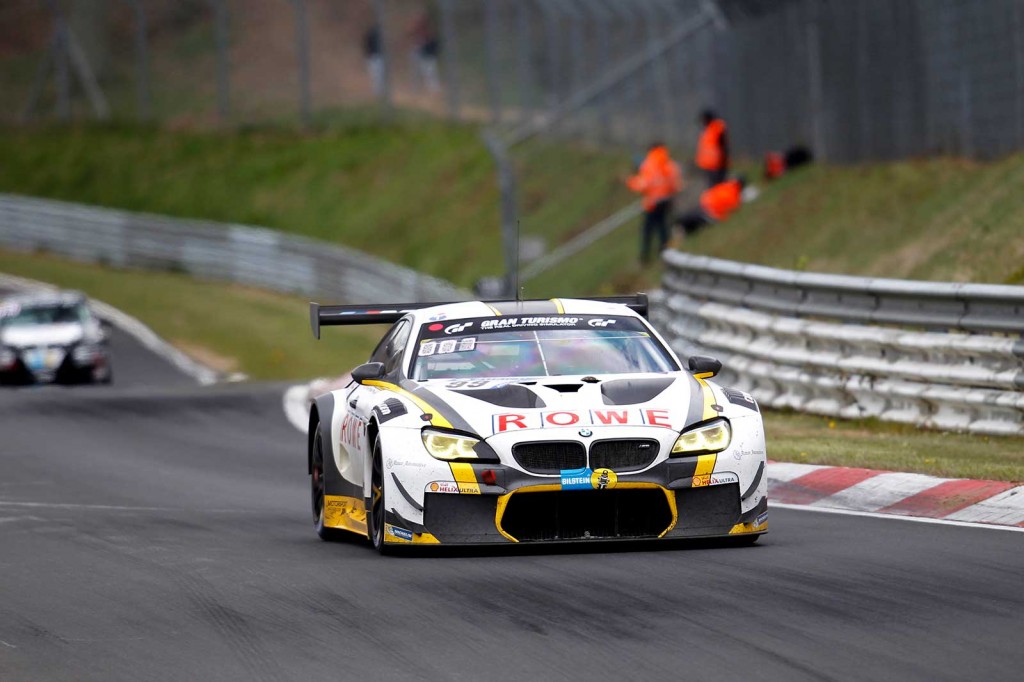 Hans-Peter Naundorf (team principal, ROWE Racing): “We have no doubt completed the most intense preparations for a 24-hour race that we have ever been involved in. The starting field is more well-balanced and stronger than ever before. There are even more manufacturers registered than ever who could win the race. The changes to the regulations in particular mean that everyone is facing uncertainty and it is hard to judge the performance of the car. The VLN races and the qualifying race didn’t provide much clarification. Even though we don’t know exactly how we measure up, we are positive and look forward to a great battle.”

Jens Klingmann (#19 BMW M6 GT3, Schubert Motorsport): “I have been competing for Schubert Motorsport at the Nürburgring 24-hour race for as long as I have been a BMW works driver. We have been close to the podium on a few occasions, and even close to victory. Most times, we have just not had that little bit of luck that you need. We are now a really well-coordinated team – not just the drivers but also our mechanics and engineers so I am extremely optimistic. The primary aim during a 24-hour race is to make it to the finishing line. If you can manage that, you’re halfway there already. Nonetheless, you have to push on from the start and make sure that you stay in touch. I think that we have a very good chance with our car.” 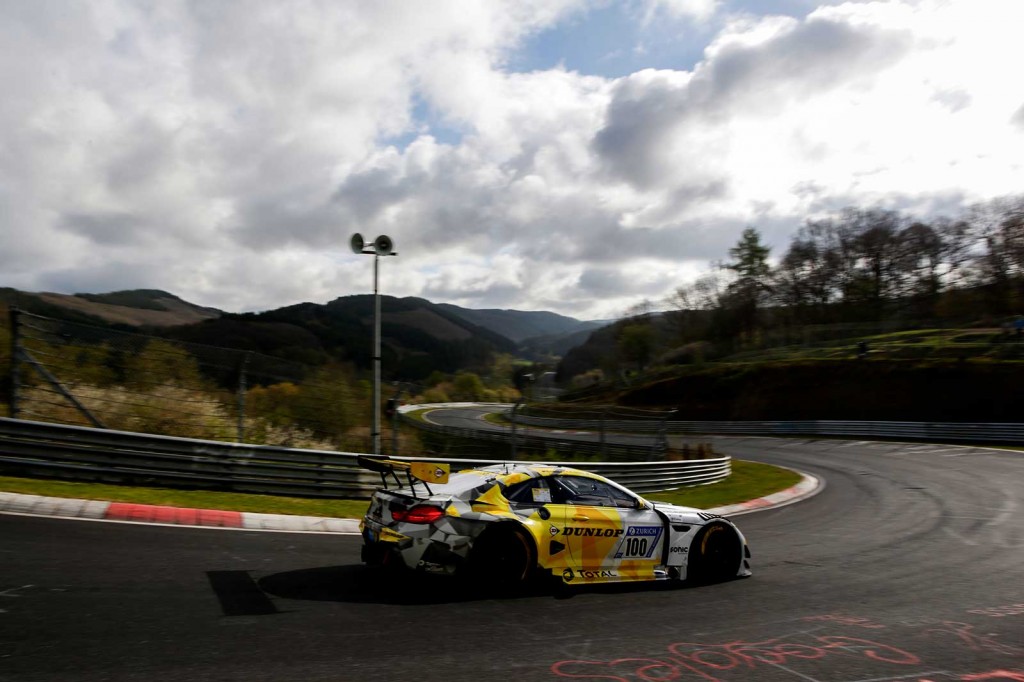 Jörg Müller (#19/#20 BMW M6 GT3, Schubert Motorsport): “No matter how often I have competed in the 24 Hours Nürburgring, this marathon is always a very special challenge that I look forward to. After my bad luck last year, when I retired while being in the lead, I have a score to settle with the ‘Green Hell’. I have a fantastic team and superb drivers at my side, with whom it will definitely be possible to fight for the win again. With a bit more racing luck than last year, anything is possible for us.”

Augusto Farfus (#42/#43 BMW M6 GT3, BMW Team Schnitzer): “This race will definitely be the highlight of the year. It is great to be driving for Schnitzer once again. I have so many great memories of this team. I will also be competing in two cars. That is unique. The Nürburgring is like a lucky dip, and it is undoubtedly the most challenging course of the season. But I can hardly wait to get driving there again.”

Timo Scheider (#43 BMW M6 GT3, BMW Team Schnitzer): “This race is, and will always be, something special. Quite some time has passed since my overall win in 2003. This means that I am looking forward even more to my first 24-hour race as part of the BMW Motorsport family, with the BMW M6 GT3. We have plenty of motivation to finish as high as possible in the standings. We have to make it through the race cleanly to have any chance of that happening. We certainly have a fast car. The one who makes no mistakes and has no technical problems will be the winner. I feel like I have prepared well.” 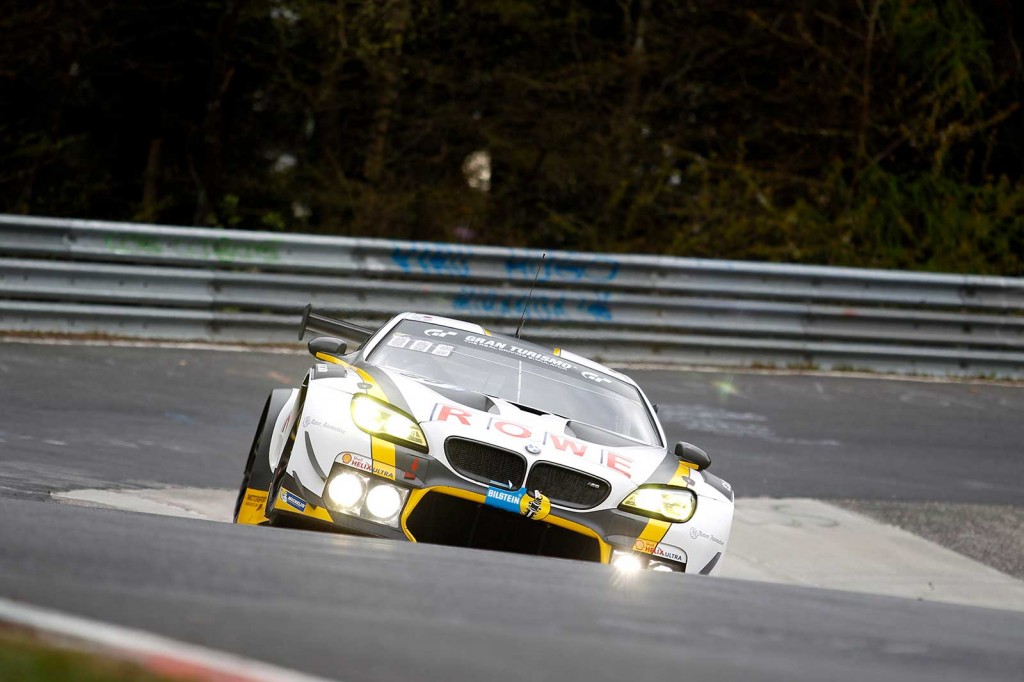 Alexander Sims (#98/#99 BMW M6 GT3, ROWE Racing): “I’m really looking forward to the Nürburgring. It will be my fourth outing in the 24-hour race on the Nordschleife and something new has happened every time. It won’t be a normal race, there will be plenty of challenges once again. Driving in two cars for the first time in my career is undoubtedly a new aspect of this race, and it will certainly be interesting. I will definitely give it my all. It goes without saying that the aim of the race is to win. Last year, we were the best-placed BMW in fifth. Hopefully we can improve a little in the second year with the BMW M6 GT3.”

Maxime Martin (#99 BMW M6 GT3, ROWE Racing): “The 24-hour race at the Nürburgring is one of the top racing events of the year. For BMW as a whole and for us as drivers. With all the traffic and the extremely long and demanding track, it is a huge challenge. It will be difficult once again this year, but I am really looking forward to it. We have been so close to getting the 20th win for BMW so often. It would be great if it worked out this time. It goes without saying that the proximity to Belgium means I am hoping for lots of fans from my home country again. That always gives me that extra motivation – even though that isn’t really necessary at the Nordschleife. You are always highly motivated there.” 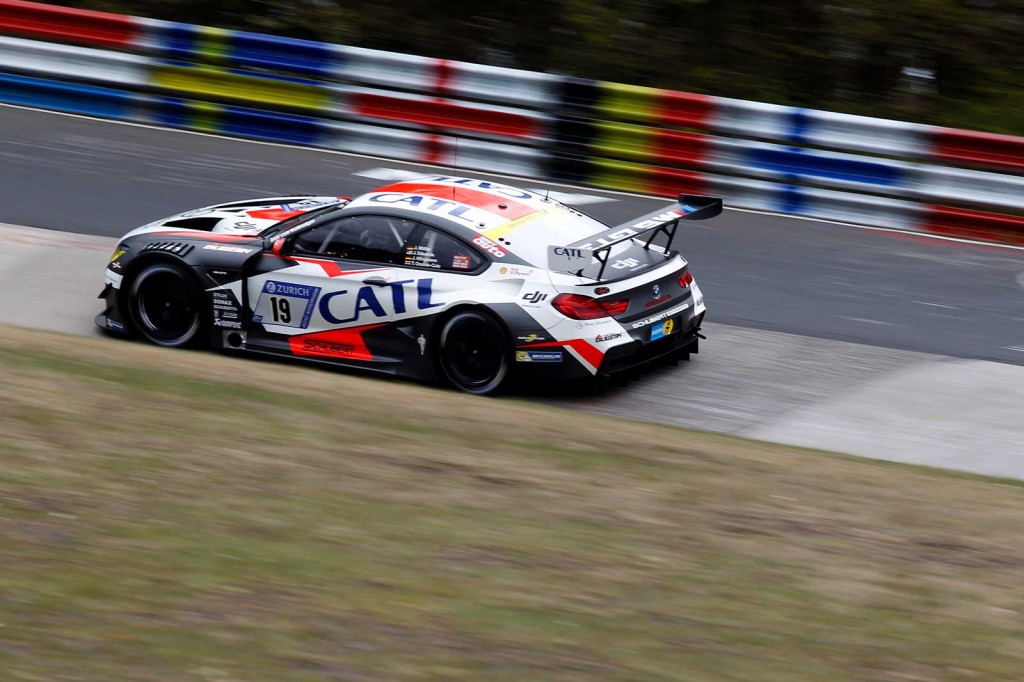 Nico Menzel (#100 BMW M6 GT3, Walkenhorst Motorsport): “This is my first-ever 24-hour race – and I get to start on the Nordschleife in the BMW M6 GT3. Driving by night will be interesting. The most important thing is to reach the finish line after 24 hours. We should have enough for a top 10 finish, as long as we don’t have any major problems. I am really looking forward to starting for Walkenhorst and I am grateful for the trust that the team has placed in me. It is certainly not a matter of course for a Junior to get a chance like this.”

Dirk Adorf (#40 BMW M4 GT4, Securtal Sorg Rennsport): “The 24-hour race is the perfect stage to display the BMW M4 GT4 in the BMW Motorsport design to the public and potential customers as sales begin. Plenty of work and passion has gone into the development of the newest customer racing car from BMW. Every driver who has tested the BMW M4 GT4, whether they compete in the DTM or in GT racing, has been impressed with the performance. We have already built up an understanding of the car thanks to our comprehensive testing and we are sure that we can provide customers with an outstanding product that emphasizes a combination of pure performance with safety and comfort for drivers.”

GT2 Cars Have No Chance to Win?

BMW Team RLL Results from the Grand Prix of Baltimore

The DTM Season Wraps up in Hockenheim