Official Release: A dramatic and rain-soaked finale, soaring summer temperatures and 205,000 thrilled spectators: the 45th edition of the 24-hour race at the Nürburgring (GER) lived up to the event’s reputation as one of the toughest and most spectacular GT races in the world. Alexander Sims (GBR), Markus Palttala (FIN), Nick Catsburg (NED), Richard Westbrook (GBR) and BMW had every reason to celebrate. After completing 158 laps in the number 98 BMW M6 GT3 from ROWE Racing, the quartet finished in second place. The positions were only decided during a thrilling last lap.

A heavy downpour about half an hour before the end of the race led to chaotic scenes all around the Nordschleife. Catsburg kept a cool head as the final driver of the #98 car and improved by one place on wet-weather tyres before celebrating a second-place finish with his team-mates. Second place is the best result recorded yet by ROWE Racing at the 24-hour race in the Eifel region. 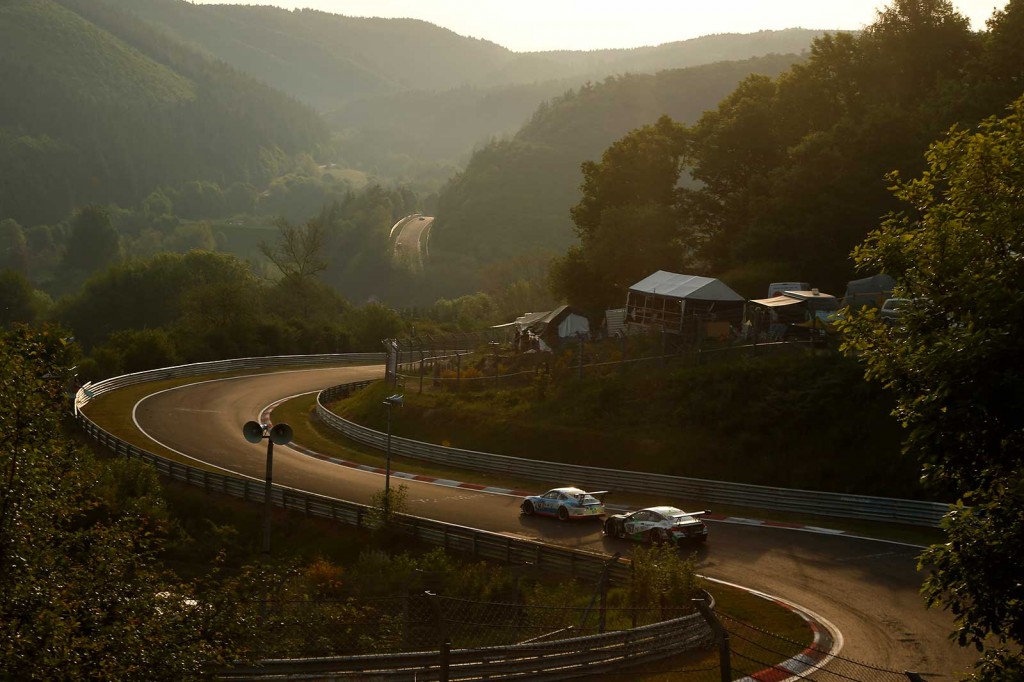 Five more BMW M6 GT3s made it to the top-15. The #42 BMW M6 GT3 just missed out on the podium, recording a fourth-place finish to mark the 24-hour comeback of the BMW Team Schnitzer. Marco Wittmann (GER), Tom Blomqvist (GBR), Martin Tomczyk (GER) and Augusto Farfus (BRA) put in a strong chasing performance after losing time due to technical problems during a fuel stop in the night. The second Schnitzer car, #43, had to retire from the race over five hours before the finish after an accident. Up to that point, António Félix da Costa (POR), Alex Lynn (GBR), Timo Scheider (GER) and Farfus had also been battling for a podium position.