Official Release: John Edwards and Martin Tomczyk raced the No. 24 BMW M6 GTLM to a third place finish in today’s two-hour-and-forty-minute Northeast Grand Prix at Lime Rock Park, in Lakeville, Conn. The result is the third podium finish in the last four races for the duo and the 66th in BMW Team RLL history. Teammates Bill Auberlen and Alexander Sims finished sixth in the No. 25 after a tough race, but only lost five points in the driver standings to unofficially remain second. Edwards and Tomczyk remain in seventh. The race was won by the No. 911 Porsche 911 RSR. 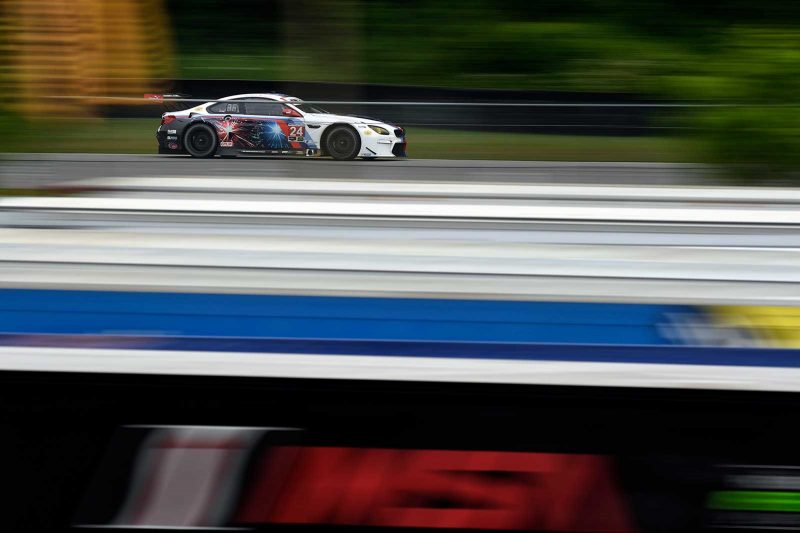 At the green flag, Edwards, in the No. 24 M6, moved up one spot into third as the field entered turn one. Auberlen, in the No. 25 M6, maintained the eighth position. After 56 laps Auberlen pitted for fuel, new Michelins and to hand off to Sims. Up ahead Edwards took over the lead as the two leading Porsches also chose to pit. On lap 67 Edwards pitted from first to turn the No. 24 M6 over to Tomczyk after fueling and a tire change.

The first hour of the race passed without a caution flag with Tomczyk in fourth and Sims in sixth. The second round of pit stops followed much the same pattern as the first. Tomczyk came in on lap 110, the BMW Motorsport driver pitting from the point after the two leading Porsches had pitted three laps earlier. With one hour to go, Tomczyk raced in sixth. Sims stood fourth, one of three cars in the class still to stop a second time. Sims continued until lap 126 , until pitting for his final stop. Both Tomczyk and Sims stayed in their cars to finish the race. 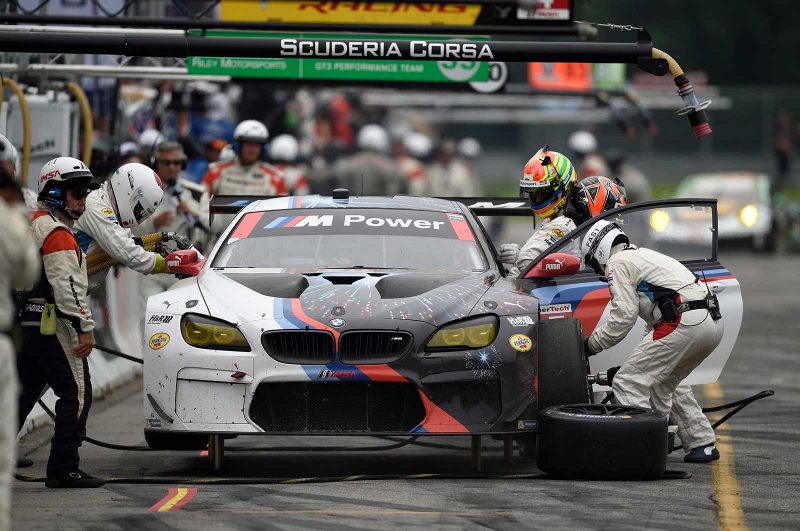 Tomczyk moved into third when the last GTLM car made its second stop on lap 173, but he hardly had time to think about it as he was in the middle of a heated battle with the No. 3 Corvette for the last step of the podium. A stellar effort and his years of DTM experience kept the No. 24 M6 in third to secure BMW Team RLL’s fourth consecutive race with at least one BMW on the podium.

“It was a great effort by the team today,” said Neil Fife, BMW Team RLL Race Engineer. “We felt the No. 24 had a very good chance, but were unsure how everyone’s strategies would play out. We went with into the race with our head down and let the drivers do their thing. John opened up with a great first stint and Martin did a great job in holding off the Corvette at the end to keep us on the podium.” 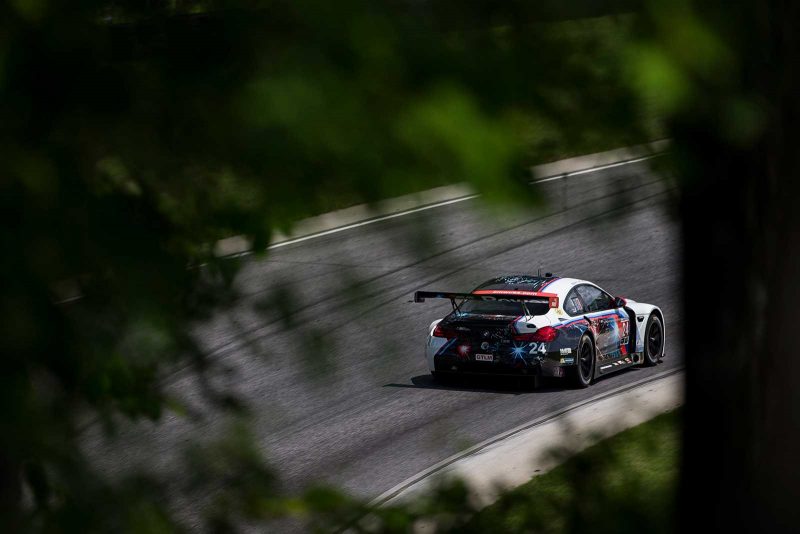 John Edwards, driver No. 24 BMW M6 GTLM (P3): “That was stressful watching Martin’s race. He withstood some real pressure by the Corvette to defend and get us the to the podium – now two races in a row and three in the last four. Lime Rock does not play to the M6’s strong suits so a third feels like a win.”
Martin Tomczyk, driver No. 24 BMW M6 GTLM (P3): “Today was great fun because we finished third. A fourth place finish would not have been so exciting after such a tough battle. The end of the race with the Corvette was pure racing, even if it was a bit hard a few times. I had some really big moments, but I was able to defend whatever he tried.” 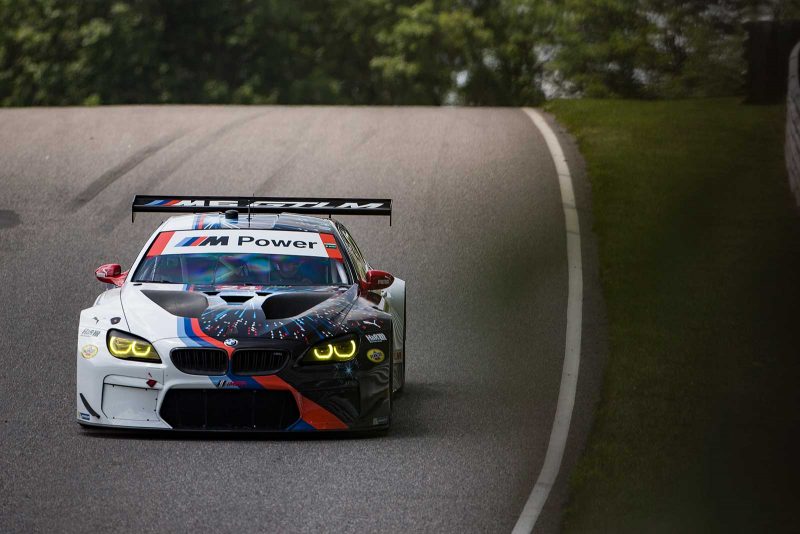 Bill Auberlen, driver No. 25 BMW M6 GTLM (P6): “We’ve had quite a few good race weekends of late, but they can’t all go our way. We did not have the car to win today, but we did not put a wheel wrong so minimized the points damage. Road America will suit us better.”

Alexander Sims, driver No. 25 BMW M6 GTLM (P6): “Frankly after two wins we are disappointed not to have been able to fight for a podium finish today. Unfortunately, sixth was as best as we could do. Our sister car had a much better day, but everyone puts in the same effort win or lose.”