Last year we told you about one of BMW and MINI’s key suppliers Schaeffler was working on several enhancements to the manual transmission – including a clutchless manual transmission. Today Toyota took the wraps off of a concept car that would seem to be equipped with just that. A transmission that, with the flip of a switch, can be shifted like a normal manual or driven as an auto. 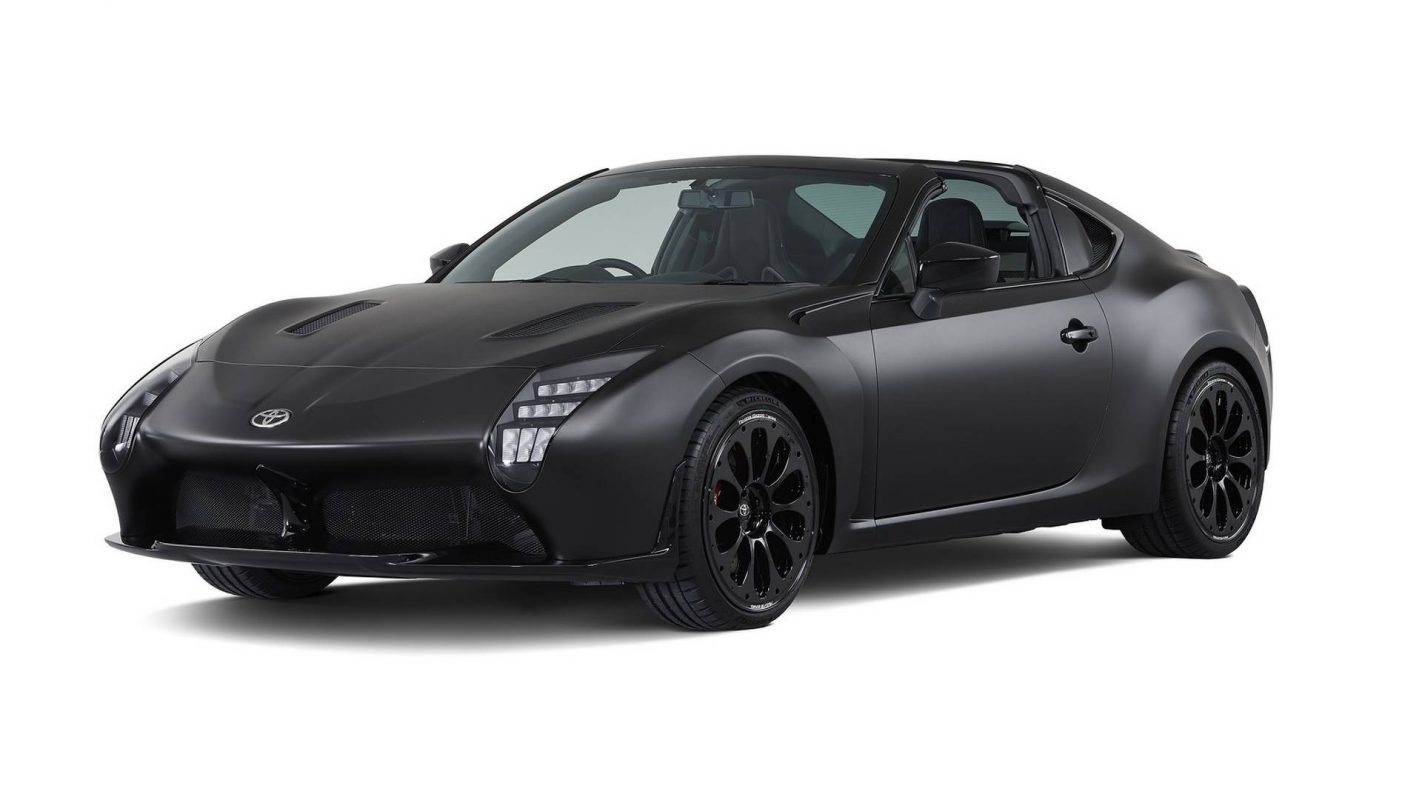 While Toyota is mum in the details (and automakers generally don’t talk about their supplier’s innovations), it would seem that this may be the technology we dug up last year.

Perhaps even more interesting Schaeffler is working on not one but three innovations for manuals. They call them in the total, the E-clutch. 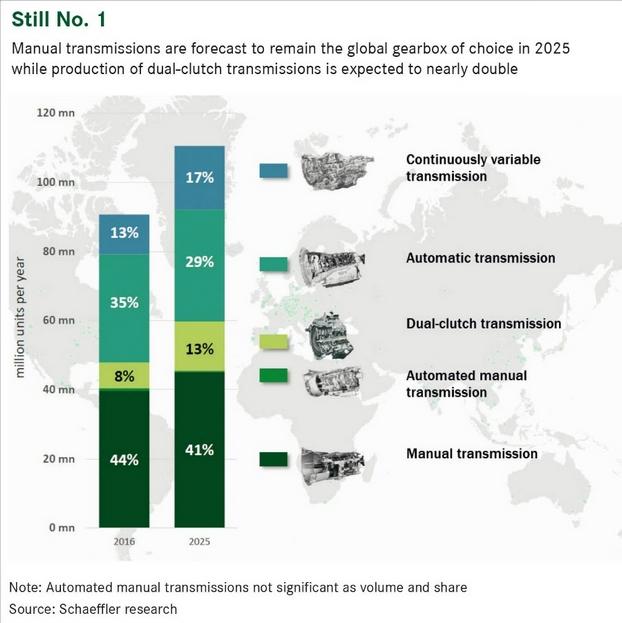 Each of the ideas will show up in transmissions in the coming years with the first scheduled for a 2018 debut – perhaps on the second generation Toyota 86. But given MINI and BMW’s constant need for greater effeciency, don’t be surprised if both brands aren’t investigating these concepts along with Toyota.

Let’s take a deeper look at each of the concepts that makes up Schaeffler‘s E-clutch.

Depending on the manufacturing partner, the new E-Clutch system can control the clutch under specific driving situations, or entirely automate. For the first time this could integration such fuel saving driving strategies as “sailing” or electrically supported driving into manual transmission equipped cars. IN short it paves the way for the hybridisation of manual transmissions – essential for keeping them on the market in a world of tightening environmental regulations.

In the clutch-by-wire concept, the mechanical or hydraulic connection between the pedal and the clutch release system is replaced completely. The opposing force on the pedal from the clutch release system, which is no longer required, is now generated by a new pedal force adjuster developed by Schaeffler. This contains an additional sensor that sends a signal on the pedal position to a clutch actuator. The driver is therefore not immediately aware of the automatic engagement but continues to drive as normal with a manual transmission. A recently developed, intelligent actuator undertakes the actual opening and closing of the clutch in all driving situations. This consists of a basic actuator that includes all the electronics, the e-motor, and a spindle drive. The connection to the clutch actuation is either mechanical or hydraulic depending on the application. The modular design means that it is universally applicable, which reduces the development time and overall system costs. This is an important factor in order to maintain the cost advantages of manual transmissions over automatic transmissions.

Clutch-by-wire is much more powerful than MTplus: the functionality of this clutch release system means that it can accommodate driving conditions with very high dynamic requirements, such as rapid gear shifting or emergency braking. The option of electrically tuning the transfer from pedal travel to clutch travel is considered particularly convenient. This makes it possible to have gear-related adaptation or a sport mode option, previously only reserved for automatic transmissions.

The performance of this technology can be clearly seen in the “Gasoline Technology Car” (GTC) co-developed by Schaeffler, Ford and Continental, where reductions in fuel consumption and CO2 emissions of 17 per cent were achieved with the automatic clutch making a significant contribution to this. 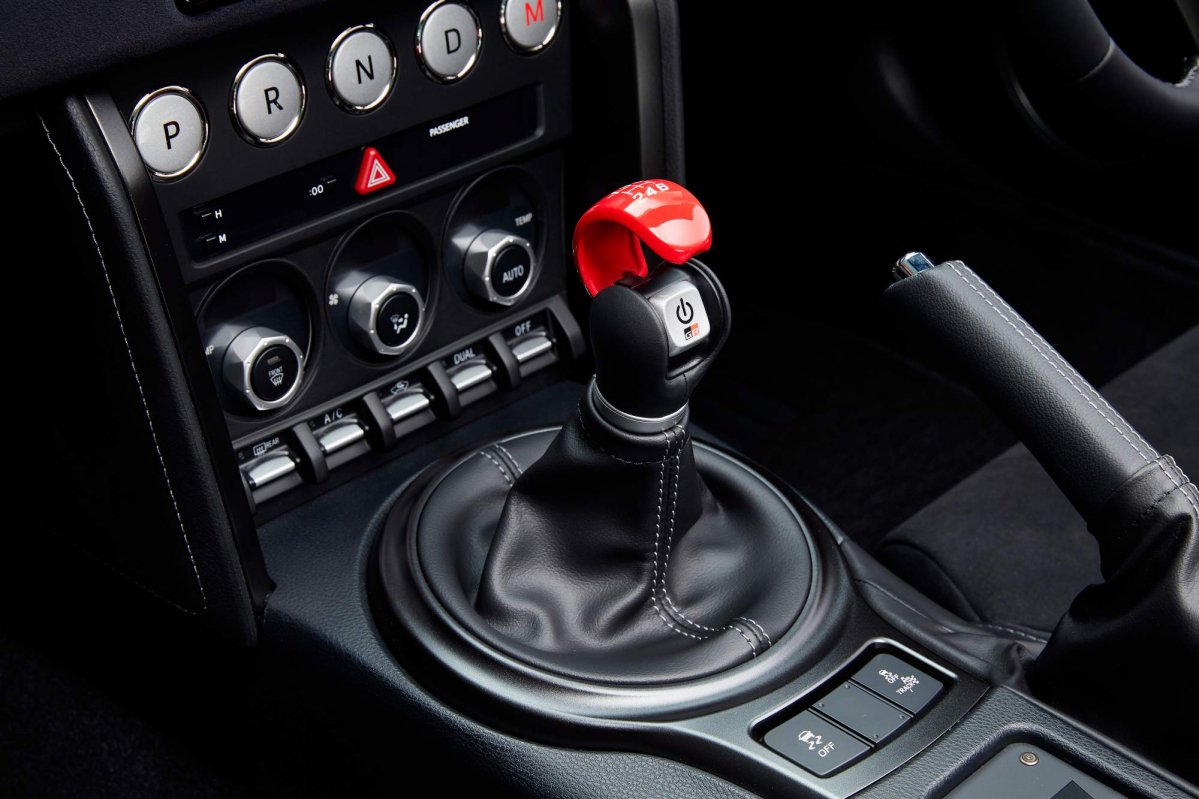 Electronic Clutch Management (ECM) is technically based on the same system as clutch-by-wire, but without a clutch pedal. A sensor provides the signal for disengagement when the driver changes gear. Engagement follows automatically once the gear is selected. The high degree of automation in the ECM provides a good basis for integrating an electric motor into the drive train. By using a suitable battery in a 48V on-board electrical system, this system is used to drive the vehicle in all instances when the engine is running inefficiently, for example, when parking, in stop/start traffic or at low-speed urban driving conditions.

“ECM provides a technically elegant and economical step up to mild hybridisation, which could not be achieved with an automatic transmission,” explains Kneißler.

The E-Clutch system not only opens up new prospects for manual transmissions, but this configuration could provide a way into new markets and market segments for hybrid transmissions.

Of course we can’t be sure what new technologies BMW and MINI have in store of the manual. But we do know that sales will dictate that both brands offer it as an option of a range of cars (in MINI’s case – all of them). Increasing effeciency is one thing. But increasing the technology and simplifying its operation (while staying true to it’s driver oriented roots) could be just what the doctor ordered for a comeback.

25 Years of 3D Printing at the BMW Group