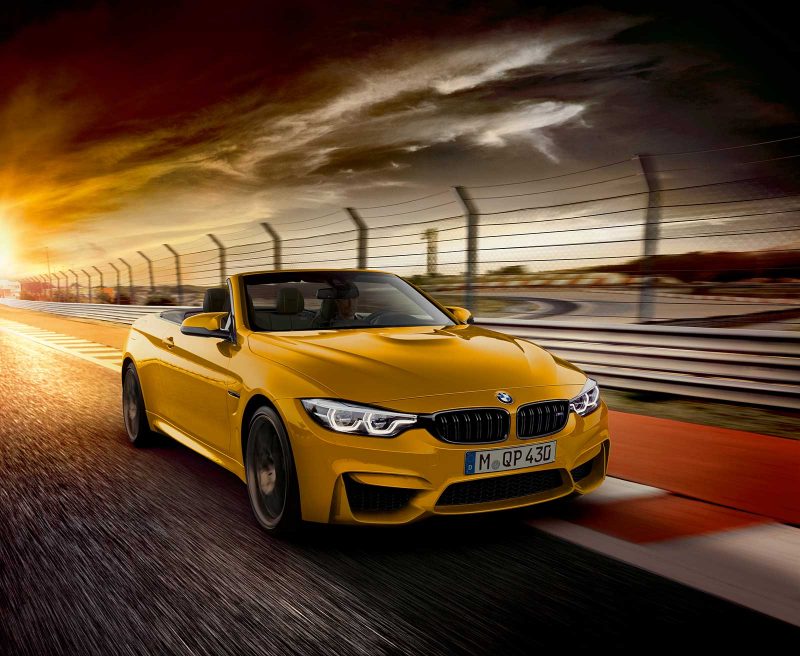 Official Release: 30 years ago, the BMW M GmbH complemented its model range for the first time with an open-top high-performance automobile. Just in time for the beginning of the summer of 1988, the BMW M3 Convertible offered motorsport fans the possibility to enjoy also in the open air the fascination of a sports car designed for everyday use, but with racetrack-proven engine and suspension technology. The current successor, the BMW M4 Convertible (combined fuel consumption: 9.5 – 8.7 l/100 km; combined CO2 emissions: 218 – 203 g/km), is the latest interpretation of this vehicle concept. This model’s successful tradition and exclusiveness are now expressed in concentrated form in the BMW M4 Convertible Edition 30 Jahre.

The edition model is being produced in a limited quantity of 300 vehicles and brought to the road featuring the M Competition Package. The open-top four-seater enthuses with 331 kW/450 hp, an M Sport exhaust system, adaptive M suspension with specific SPORT mode and an extremely sporty configuration of the stability control system DSC and the Active M differential. Specially developed design and equipment features provide for the exclusiveness of both the exterior and interior. 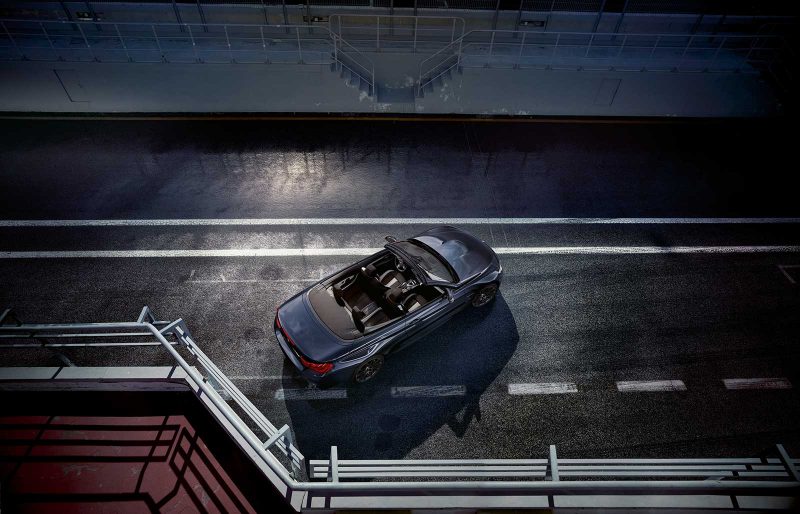 There is a choice of two tradition-steeped body colours for the BMW M4 Convertible Edition 30 Jahre. Macao Blue metallic gives reference to the open-top high-performance car’s debut 3 decades ago. Mandarin II uni is reminiscent of the colour Dakar Yellow, which was available for the second generation of the BMW M3 Convertible.

Standard features for the edition model include BMW Individual High Gloss Shadow Line trims for the BMW kidney grille surround, the M side gills, the model lettering and the forged M light alloys boasting a star-spoke design. The 20-inch wheels come in the colour Orbit Grey matt offered exclusively for the edition model. 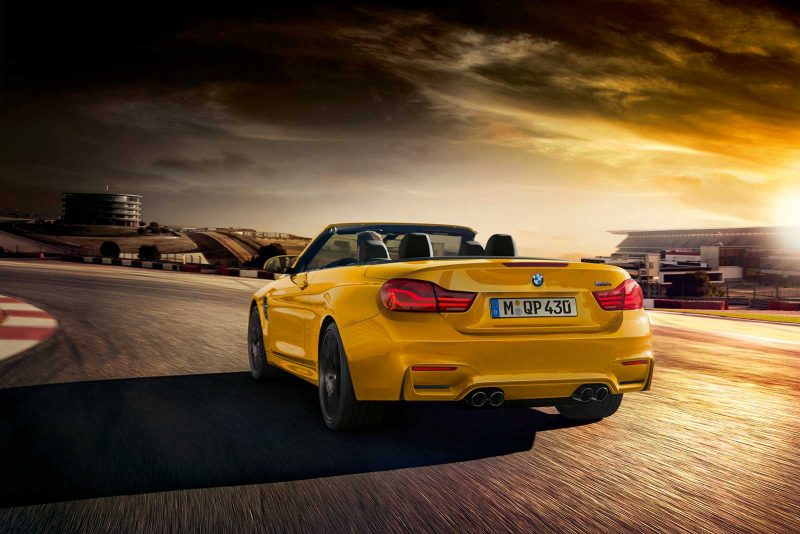 The Merino full leather trim, the colour scheme of which matches the desired vehicle body paintwork, characterises the interior of the BMW M4 Convertible Edition 30 Jahre. In conjunction with the exterior colour Macao Blue metallic, there is a choice of the two-tone colour combinations Black/Fjord Blue and Black/Silverstone. The exclusive features also comprise corresponding contrast stitching on the headrests as well as M floor mats with piping in the respective contrasting colour. Black interior surfaces with yellow contrast stitching are offered in conjunction with Mandarin II uni, whilst interior trim strips in the version Carbon Fibre come as standard for all edition model variants. 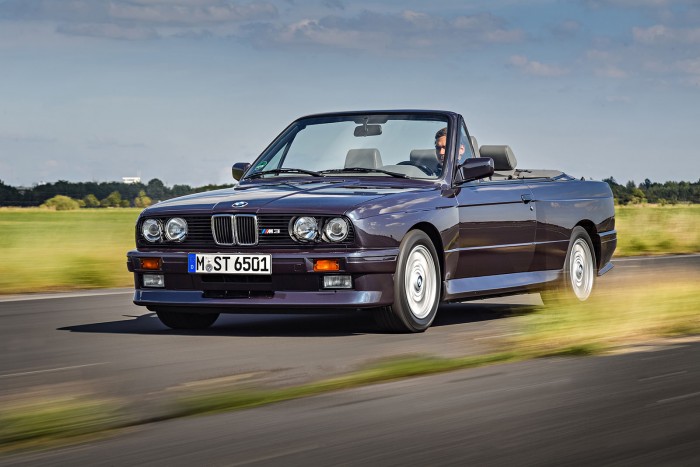 The BMW M4 Convertible Edition 30 Jahre reflects the combination of sportiness and open-air driving pleasure that has now matured for the duration of five model generations. A racetrack-proven vehicle concept and technology derived directly from motorsport had already formed the basis for open-top driving pleasure in the first BMW M3 Convertible.

The 2.3-litre, four-cylinder engine with four-valve technology, catalytic converter and 143 kW/195 hp, unique suspension technology and an aerodynamically optimised body including prominent wheel arches were derived from the two-door sedan, which had been developed explicitly for use in touring car racing. Roberto Ravaglia, Wilfried Vogt and Eric van de Poele had won the world, European and German touring car championships with their BMW M3 as early as during the 1987 season. The production version of the BMW M3 also got off to a fast and furious start. When the first BMW M3 Convertibles were put on the road in the summer of 1988, more than 10,000 sedan versions had already been sold instead of the 5,000 originally planned for homologation purposes. With 786 units built, the BMW M3 Convertible of the first generation was the most exclusive variant of the successful model. It was produced until 1991, ultimately with an engine output that had been increased to 158 kW/215 hp, rendering the open-top four-seater one of the fastest vehicles of its kind.

The second generation of the BMW M3 Convertible followed in 1994 and offered, in addition to pure understatement, also an advanced safety system. A 210 kW/286 hp straight six-cylinder power unit provided for a tremendously refreshing open-air driving experience. Two years later, the further developed version of the straight six-cylinder engine delivered an output that had been increased to an even more impressive 236 kW/321 hp. Always onboard – the BMW M3 Convertible’s innovative rollover protection system. Two protection bars, which were located at the rear behind the headrests, extended automatically if the sensors had detected the danger of a possible rollover and, together with the extremely stiff windshield, offered optimized passenger protection. 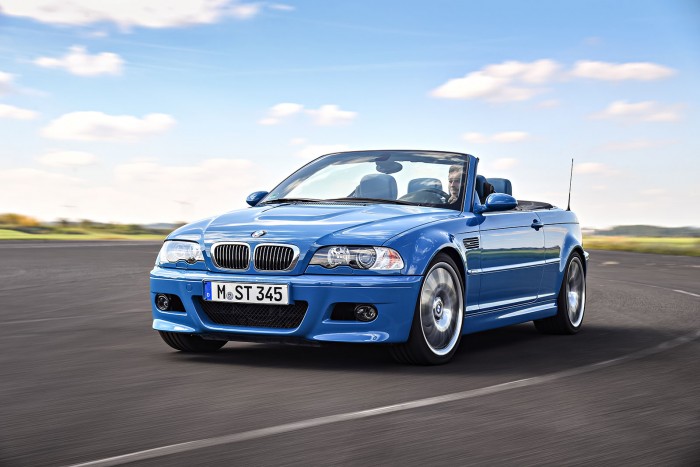 The BMW M3 Convertible entered the 21st century with the third model generation and a new straight six-cylinder engine. The high-performance convertible launched in 2001 appeared noticeably flat, wide and powerful and was accelerated by a 252 kW/343 hp power unit. In addition to the high-revving engine concept, the variable M differential lock, compound brakes and sports seats with integrated seatbelts provided for an authentic open-air racing feeling.

For the power unit of the fourth BMW M3 Convertible launched in 2008, BMW M GmbH engineers had transferred the high-revving concept to a V8 engine. Besides a maximum output of 309 kW/420 hp, above all, the sustained power delivery of the new engine proved most impressive. This was complemented by the unmistakable sound of the eight-cylinder power unit, which was clearly perceivable particularly when driving with the top down. The BMW M3 Convertible of the fourth generation featured an electro-hydraulically retractable hardtop. The new roof construction made it possible to further enhance not only the racetrack suitability of the open-top high-performance sports car, but also its suitability for everyday use all year round. 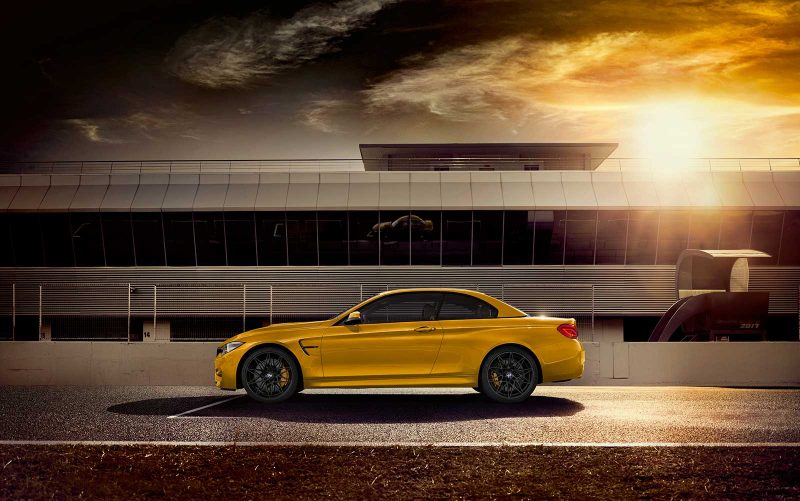 The launch of the fifth generation in 2014 was also associated with a change of the model designation to BMW M4 Convertible. Power of the current model generation is delivered by a straight six-cylinder engine with M TwinPower Turbo technology and high-revving characteristics. Its spontaneous thrust, which is available right up into the high engine speed range, and its reduced weight compared to the predecessor model, is perfectly complemented by the optional 7-speed M dual clutch transmission with Drivelogic and the Active M differential. Hence, the BMW M4 Convertible offers the ideal prerequisites for maximum performance on the racetrack and supreme driving pleasure in everyday conditions.

by Staff
i4 Official News