Against all odds we have an all-new, more focused and visually stunning BMW Z4. In this car BMW has done the unthinkable. They’ve not only partnered with Toyota in the development of a new drop-top sports car but they’ve made that car smaller and more focused than its predecessors. Not something that is often the case in this crossover crazed automotive landscape. Recently we read about the gestation of the Z4 and it’s cousin the co-developed Toyota Supra. With that insight it’s clear that this new Z4 is very different than its forbearers. 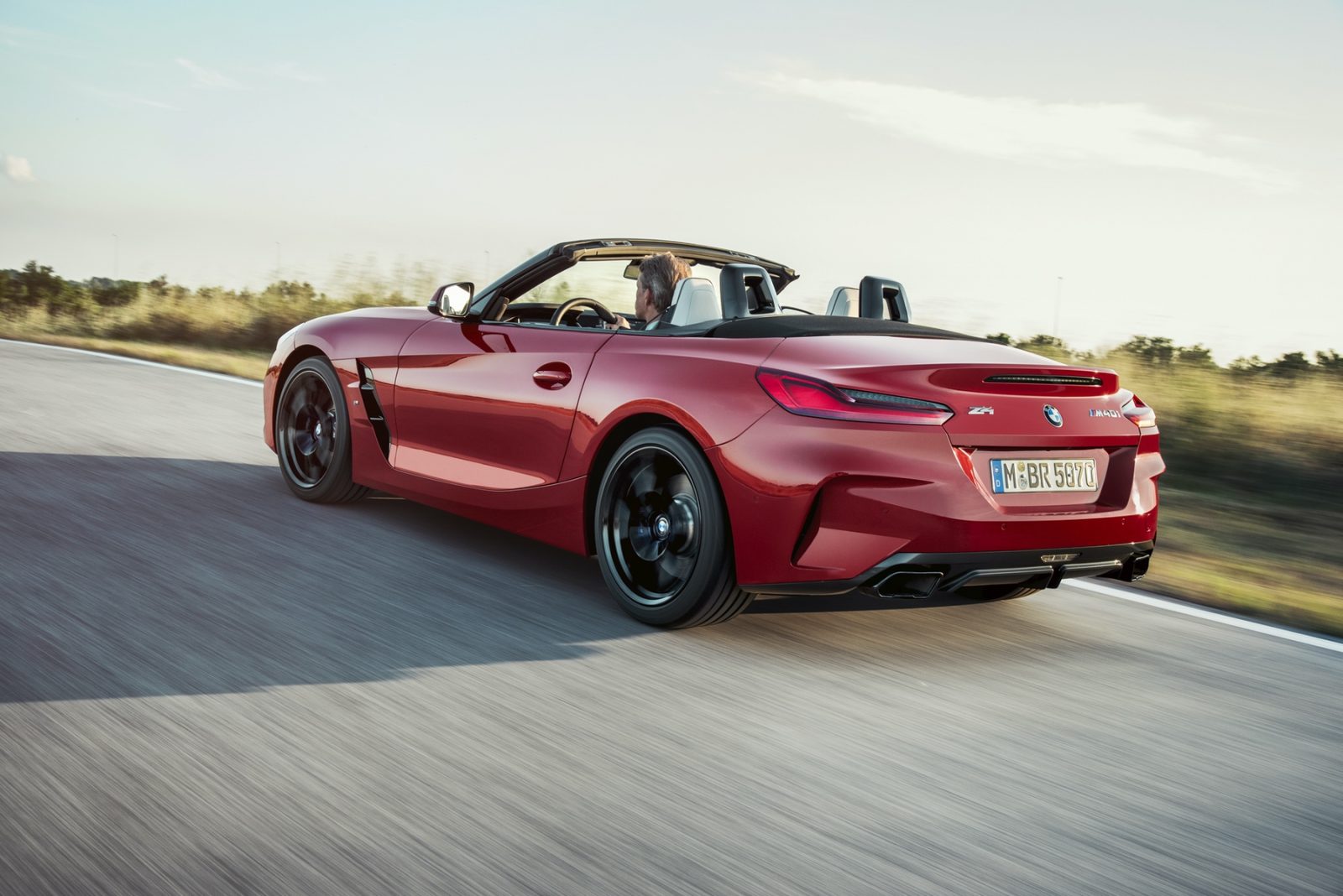 That doesn’t mean things are perfect. The lack of a manual in the top-spec M40i is regrettable. The long front overhang reduces some of the visual intensity that a car like this should have (BMW chose this route rather than raising the hood in meeting pedestrian safety standards). And the rumor is that we will not see an M version. But all that aside this is exactly the car that we as enthusiasts should be excited about and happy to see on dealer lots. This is the type of the car that should drive the heart and soul of the brand. And because of that, we’re ecstatic to see it and excited to get behind the wheel.

While the press release below isn’t going to give us insight into how thing car performs and (more importantly) feels, it sets the stage of all of that to come. And rest assured you will read our take on BMW’s latest sports car soon.

Until then read on for the official details and photos of the all new BMW Z4. 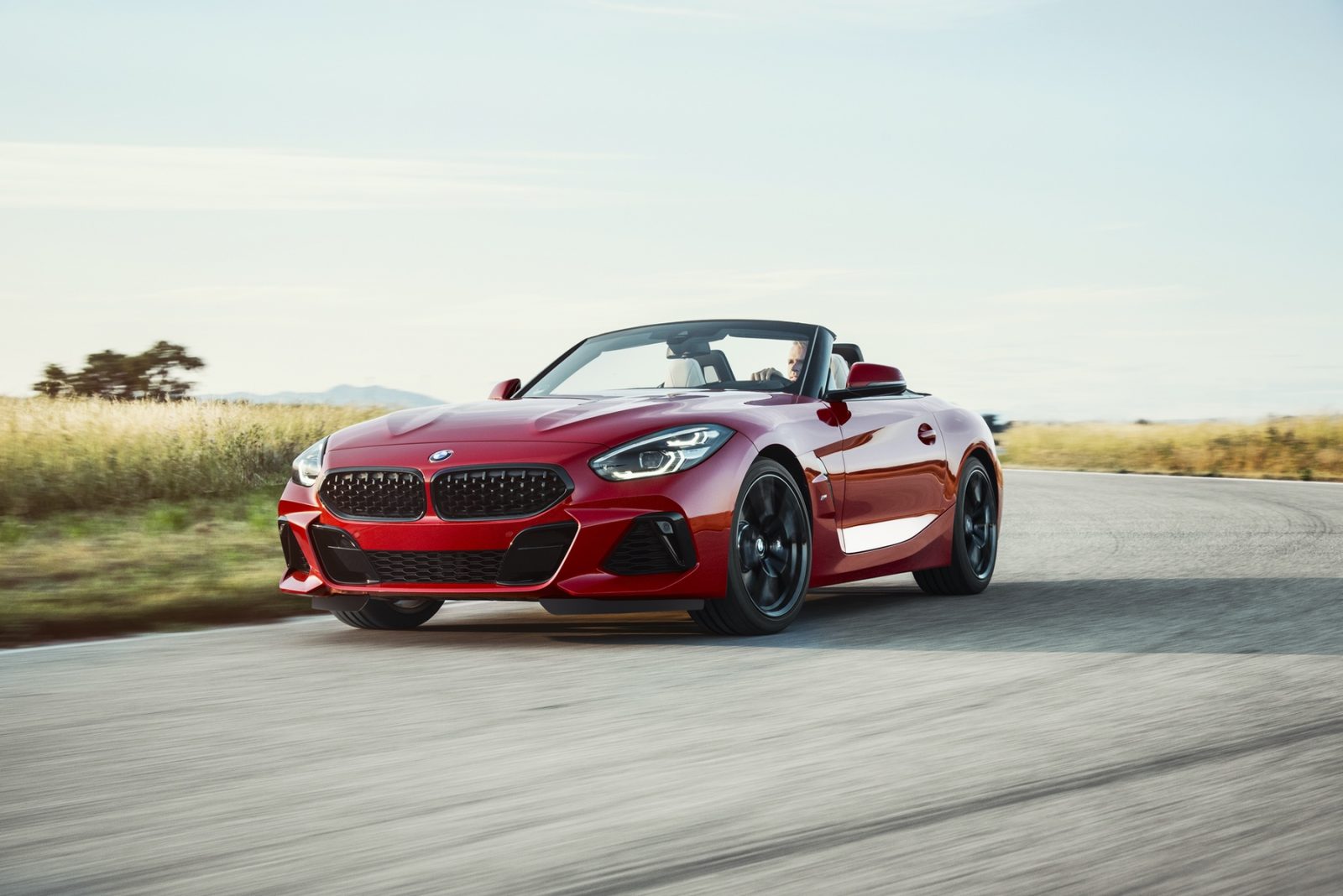 Official Release: Today, BMW unveiled the all-new 2019 BMW Z4 M40i First Edition, the latest chapter in the history of BMW Z Roadsters which began thirty years ago with the production of the BMW Z1. With athletic proportions and a new emotional design language, the open-top two-seater takes the classic roadster concept into the world of tomorrow.

The latest generation of the BMW Roadster celebrates its World Premiere at precisely the same location that served as the stage for the World Premiere of the BMW Concept Z4 last year: The Reviewing Stand of the world renowned Pebble Beach Concours d’Elegance where on Sunday one outstanding automobile will be presented with the prestigious Best in Show trophy. During the presentation last year, BMW Group Design Chief Adrian van Hooydonk stated “The BMW Concept Z4 Roadster is a promise of a production version planned for the future”. That future has now arrived. 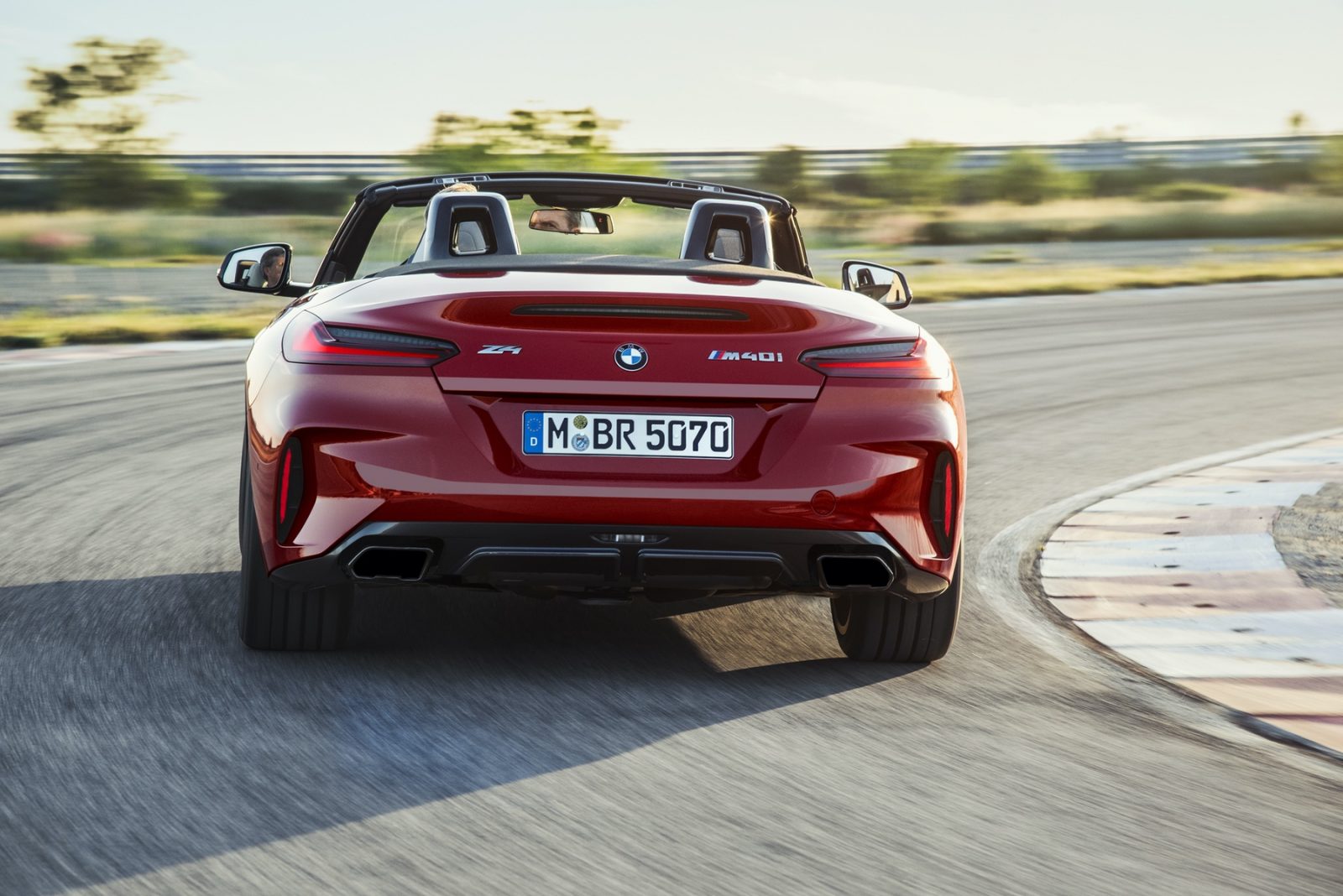 With its pure and progressive design, the BMW Concept Z4 Roadster presented a vision of a charismatic sports car which now becomes a production car reality. Just a glance at the all-new BMW Z4’s proportions leaves no doubt about its sporting potential. The central sitting position for the driver, the low center of gravity, perfectly balanced 50:50 weight distribution; the new BMW Z4 fulfils these expectations in every aspect.

Vertically stacked headlights, the BMW kidney grille sporting a mesh design, the long clamshell hood
stretching over the front wheels, large air breathes on the front wheel arches and the distinctive spoiler integrated into the rear lid all contribute towards the characteristic look of the new BMW Z4. The design of the interior places the focus on the pure sports driving enjoyment of the new BMW Z4. The driver-oriented cockpit styling is underscored by dynamic forward- oriented lines. Likewise, the clearly structured arrangement of all control elements enhances the focus on the driving experience inside the new BMW Z4. 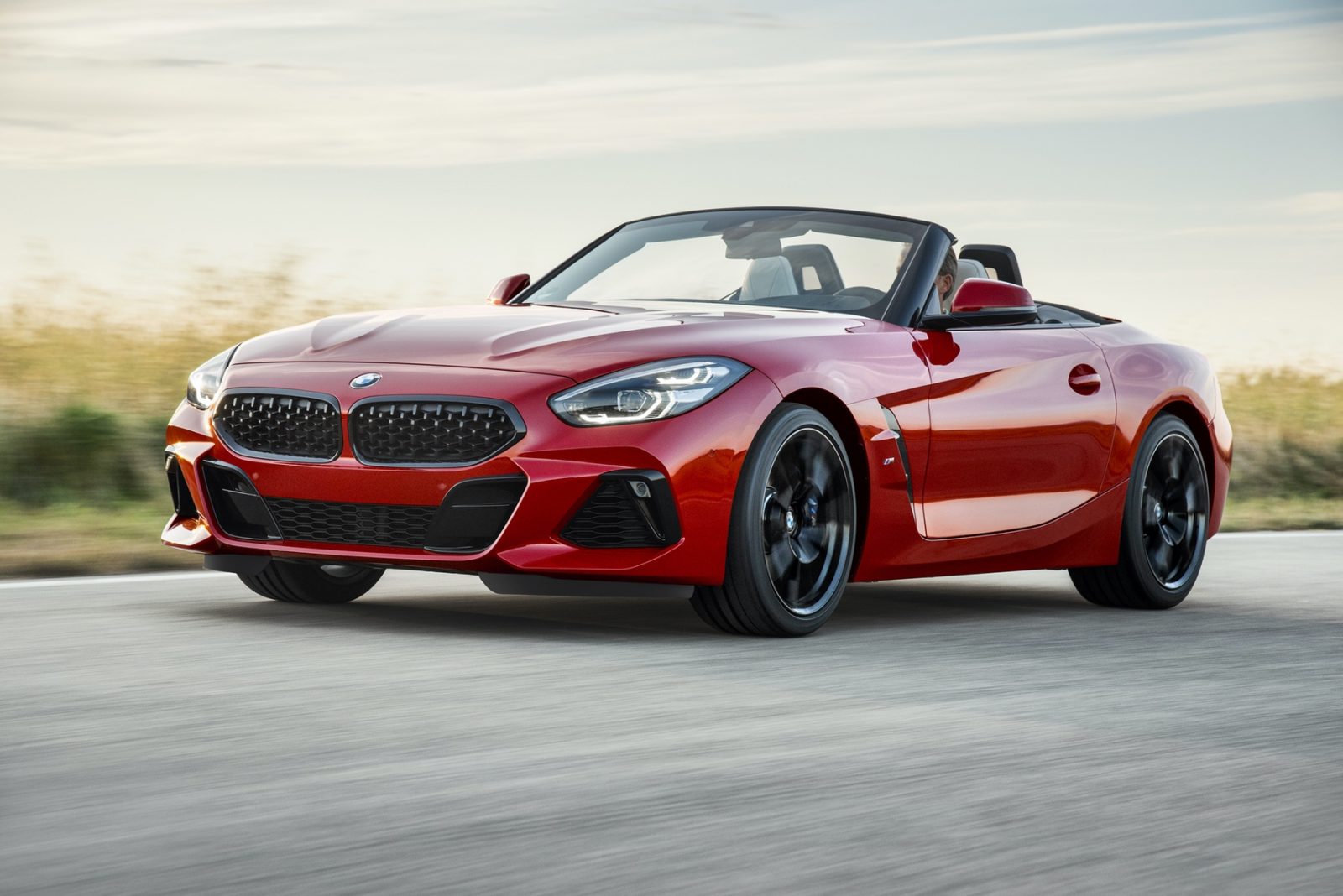 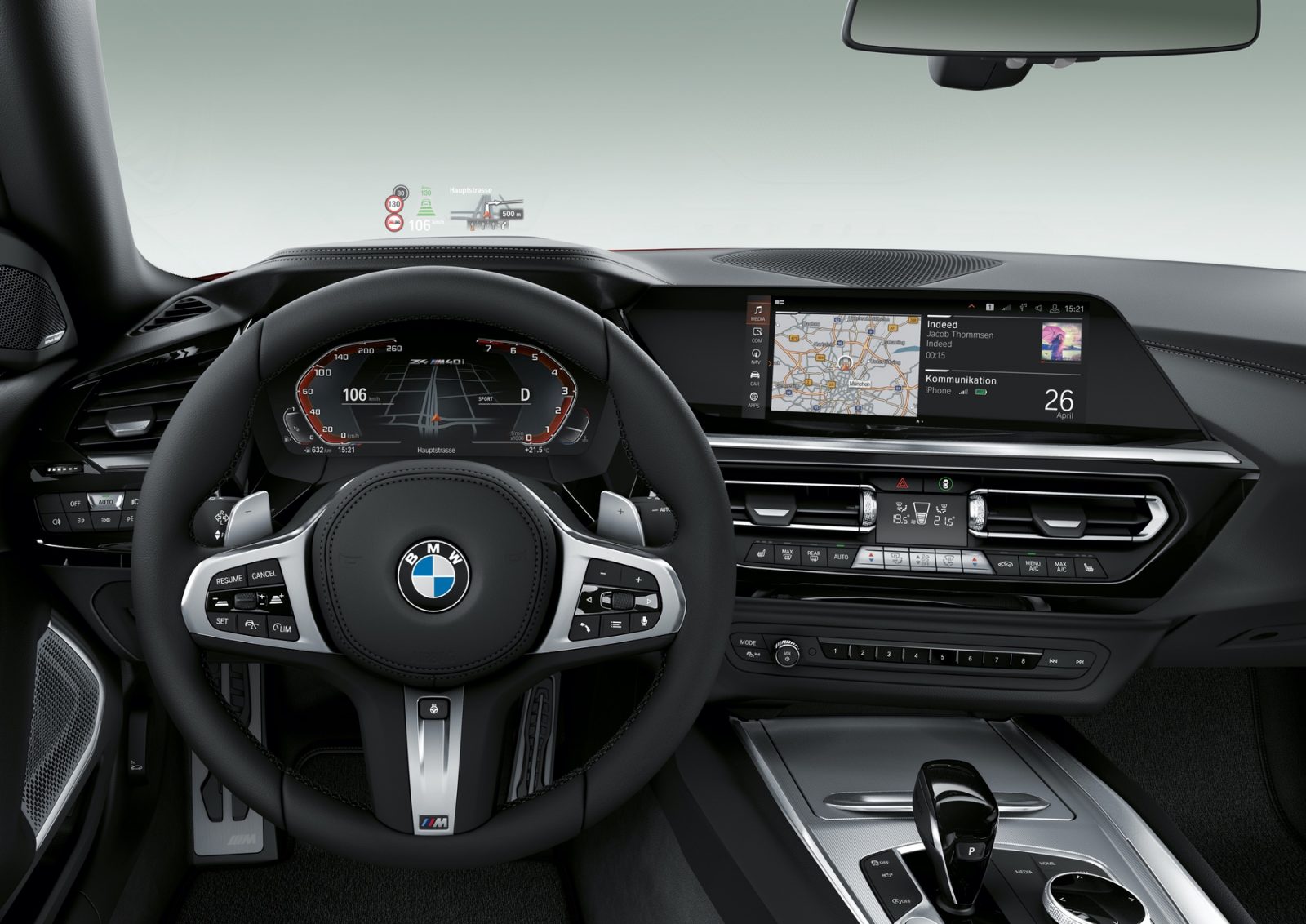 Power for the new Z4 M40i First Edition Roadster is provided by an uprated version of BMW’s iconic 3.0 liter inline 6-cylinder engine producing enough horsepower and torque to propel the BMW Z4 M40i from 0-60mph in under 4.4 seconds (estimated). A BMW M tuned sports suspension with electronically controlled dampers, M Sport braking system and an electronically controlled M Sport rear differential will ensure that this latest M Performance Model can carve through the twists of the Laureles Grade as effortlessly as cruising along the Pacific Coast Highway to Big Sur.

Full Z4 model details and specifications to be announced on September 18, 2018. The all-new 2019 BMW Z4 30i will arrive in U.S. BMW Centers in Spring 2019 with the BMW Z4 M40i (including the First Edition) arriving in the Second Quarter.