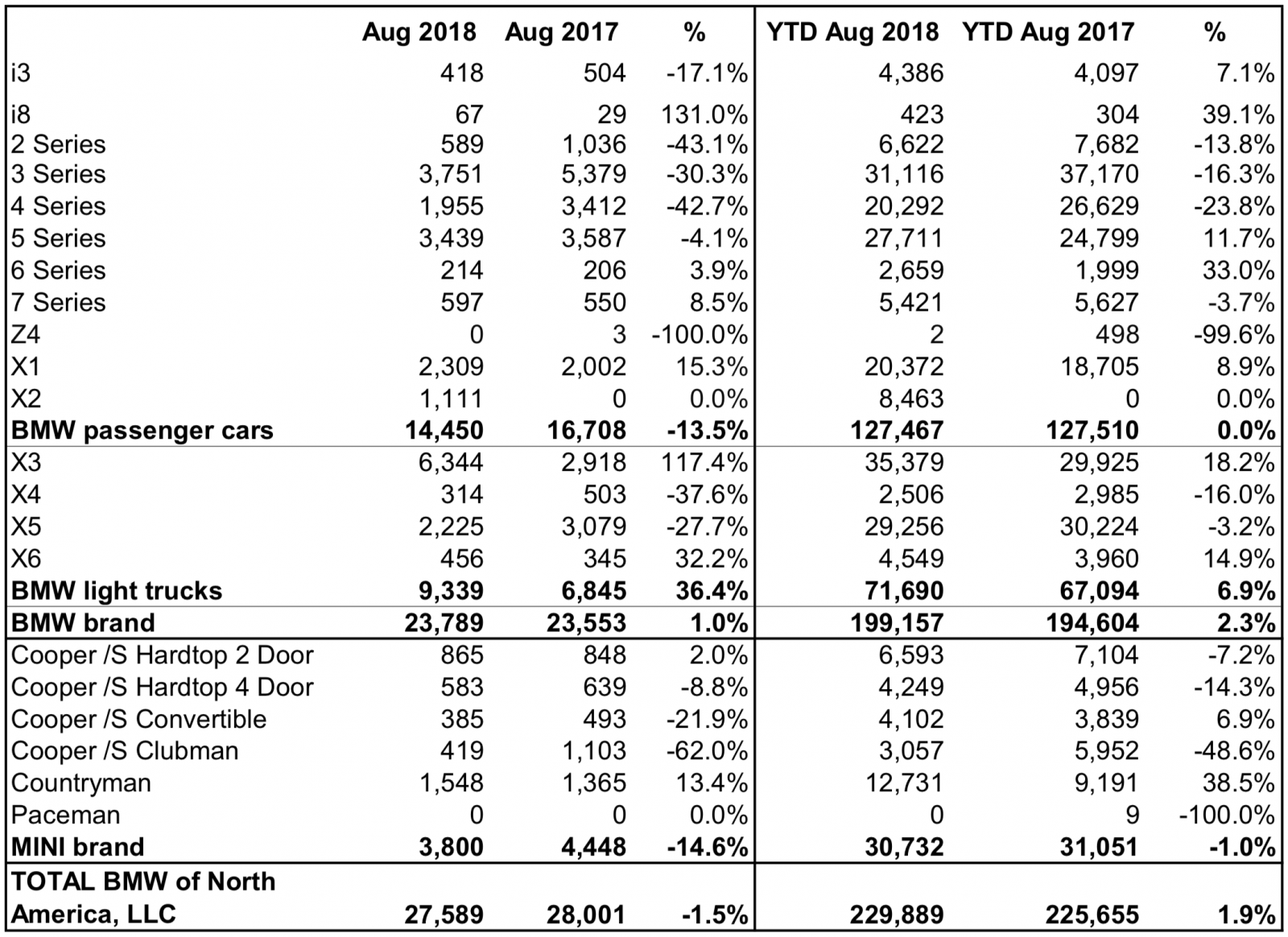 “Such a contrast from last August when we were sending relief to Texas and Louisiana as they struggled in the aftermath of the hurricane. This time, a calmer August was again a strong month for our X models which accounted for almost 54% of BMW sales in the U.S.,” said Bernhard Kuhnt, President and CEO, BMW of North America. “With more than 100,000 X models sold in the first eight months of the year we expect the BMW Sports Activity Vehicles to continue leading the way, especially once the all-new, fourth generation X5 goes on sale later this fall.”

BMW’s lineup of Sports Activity Vehicles accounted for 53.6 percent of BMW brand sales in August 2018. For the fifth consecutive month, the BMW X3 was the top-selling BMW model in the U.S.

BMW & Mercedes are Merging Mobility Services – What it Means