Official Release: The legendary series of Automobile Artworks is coming to Munich. At the new special exhibition entitled “BMW Art Cars | How a vision became reality.” visitors will have the opportunity to immerse themselves in the World of BMW Art Cars at the BMW Museum. Between 10 October 2018 and February 2019, they will be able to admire seven out of the 19 vehicles in existence. Apart from the first four Art Cars known at the “Big Four” executed by the artists Alexander Calder, Frank Stella, Roy Lichtenstein and Andy Warhol, the rolling sculpture #17 by Jeff Koons will also be on show. Another highlight of the exhibition is provided with the latest BMW Art Cars #18 by Chinese video artist Cao Fei and #19 by US artist John Baldessari as these cars celebrate their premiere in Europe and take the legendary series forward. The special exhibition also salutes the work of the French originator Hervé Poulain. As an auctioneer and racing driver, he always straddled the worlds of art and motor sport. He created a link between the two genres with his idea of establishing a synthesis between art and motor sport that has continued to this day. The exhibition presents a range of documents from his collection alongside works from the visual arts with themes dedicated to motor sport. 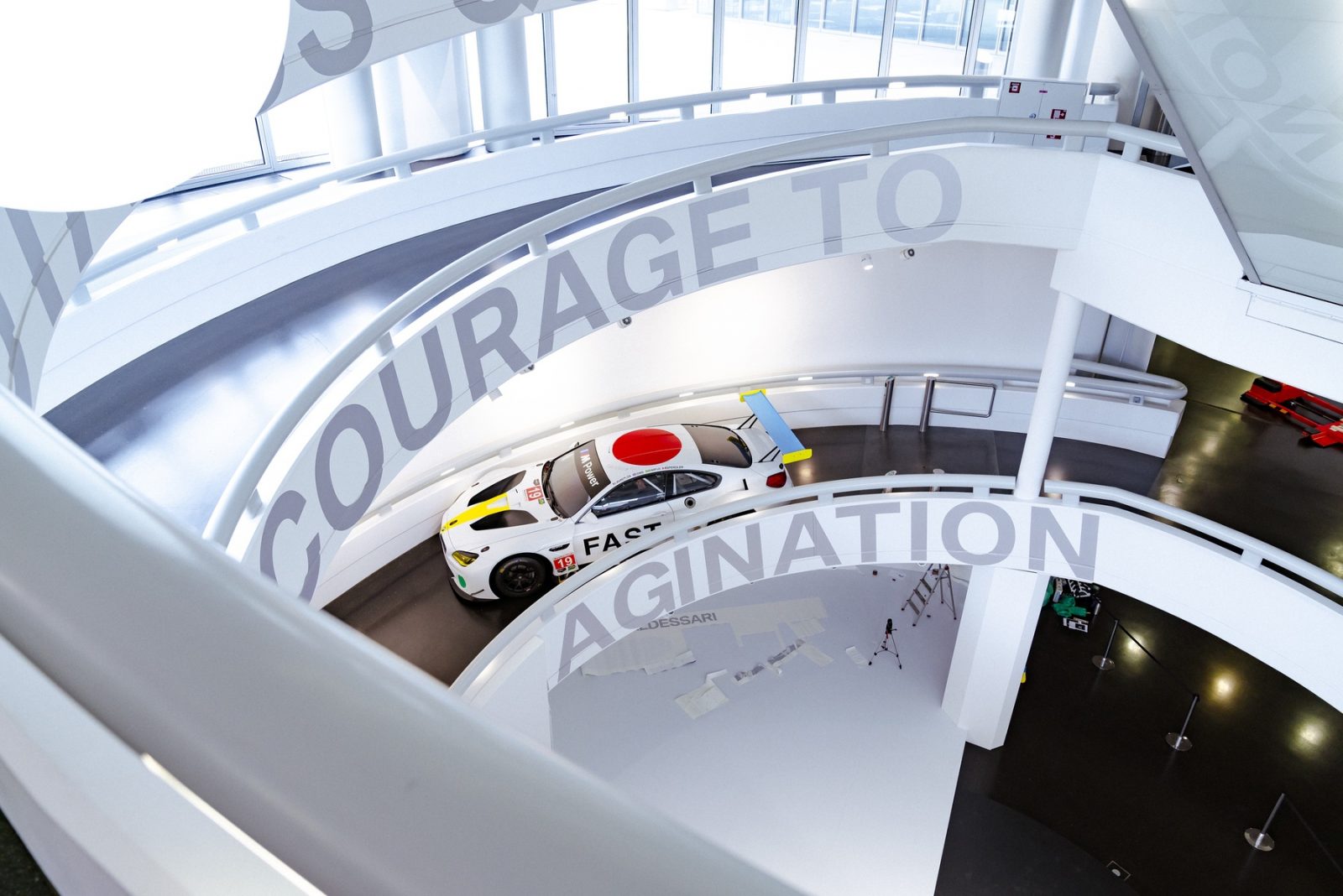 Cao Fei and John Baldessari are following in the footsteps of their illustrious predecessors as the youngest artist and the oldest artist. They were selected by a Jury made up of museum directors and curators to design the latest artworks to join the collection – two BMW M6 GT3 automobiles. The 40-year-old Chinese artist Cao Fei links video art with 3D animations along with elements of virtual reality to present scenes of social watershed in her home country. Her BMW Art Car #18 finished in carbon black reflects the speed of change taking place in China and the traditions and future of this country. She takes the collection into the 21st century with the first BMW Art Car combined with an Augmented Reality-Video. 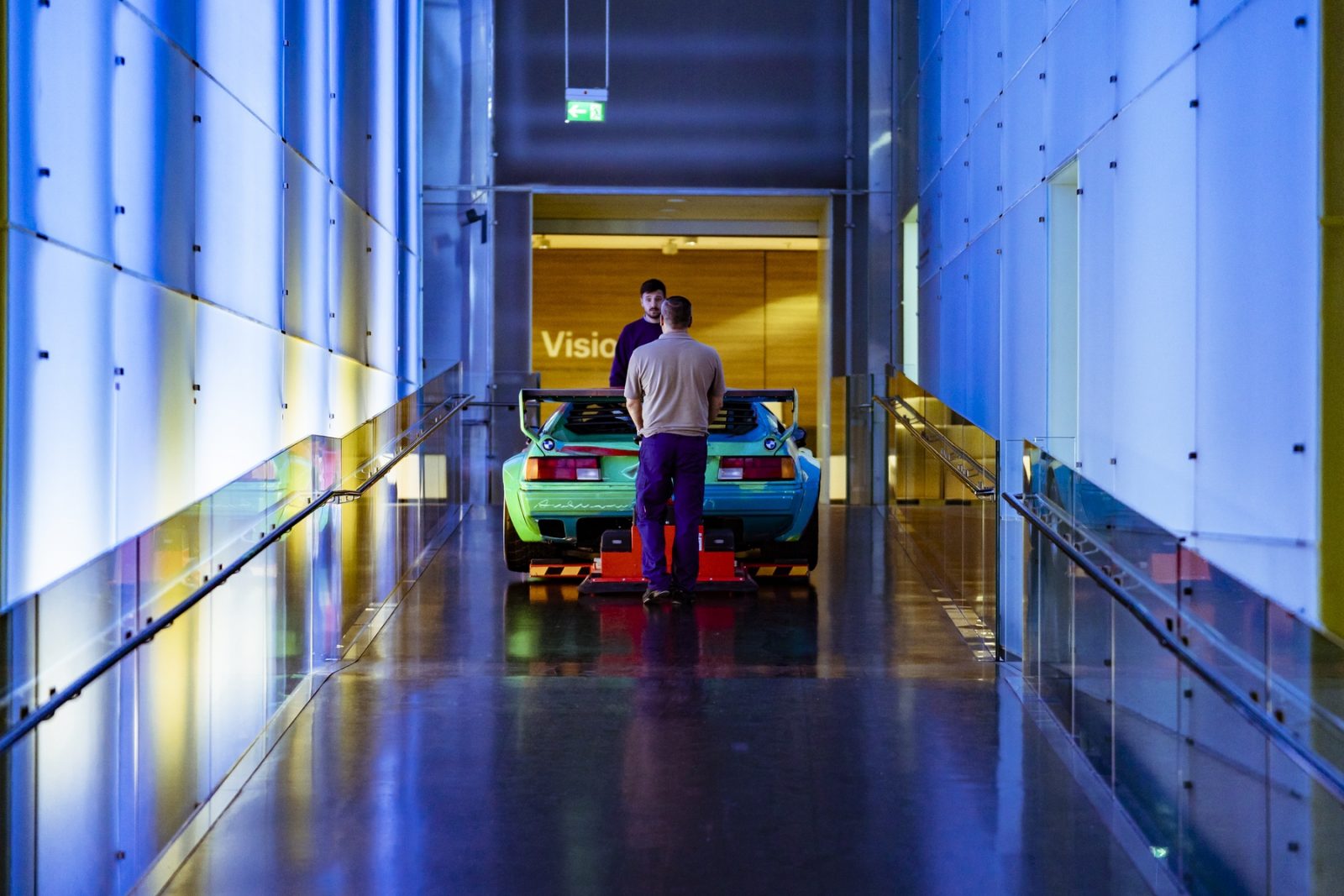 The work of US artist John Baldessari has ranked among the pioneering achievements of contemporary art since the 1960s. The legend of American conceptual art has implemented his famous hallmark in the 19th BMW Art Car, and as a confirmed minimalist he has worked exclusively with the colours red, yellow, blue and green. The BMW Art Car #17 created by Jeff Koons in the form of the BMW M3 GT2 makes a strikingly gaudy impact at the special exhibition and represents a Pop Art hommage to Koons’ role model Andy Warhol with a lively mix of graphic designs, vivacious colours and representations of speed and explosive forces. 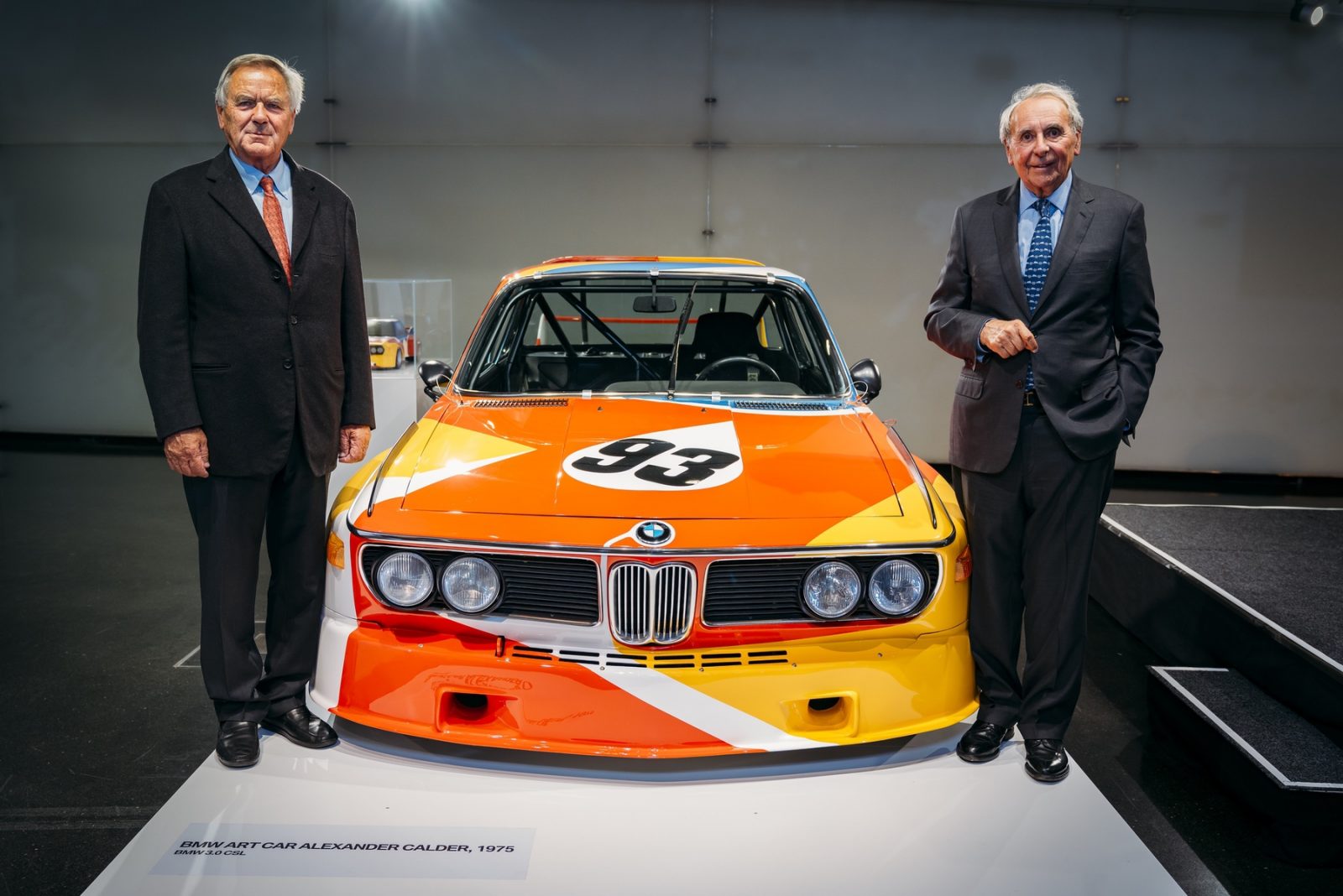 The history of the BMW Art Cars.

The “big four” made their contributions thanks to Hervé Poulain’s contacts with the most significant Pop Art exponents of their time. On his initiative, the US artist Alexander Calder painted a 480 hp BMW 3.0 CSL in powerful colours and gave it elegantly curved surfaces in 1975. Hervé Poulain himself drove this car at the 24 Hours of Le Mans in 1975. The artwork created by New Yorker Frank Stella in the following year similarly lined up on the starting grid at Le Mans in 1976. Pop Art legend Andy Warhol followed suit by immortalising his contribution in an artwork with a highly individual approach. By contrast with his predecessors, he did not first construct a true scale model of the vehicle before handing over the final design to his assistants. In 1979, he himself painted the BMW M1 Group 4 automobile from start to finish. He accomplished this in just 28 minutes. When the camera teams arrived to film the action, the artwork was almost completed. Only the final brushstrokes could be documented on film. 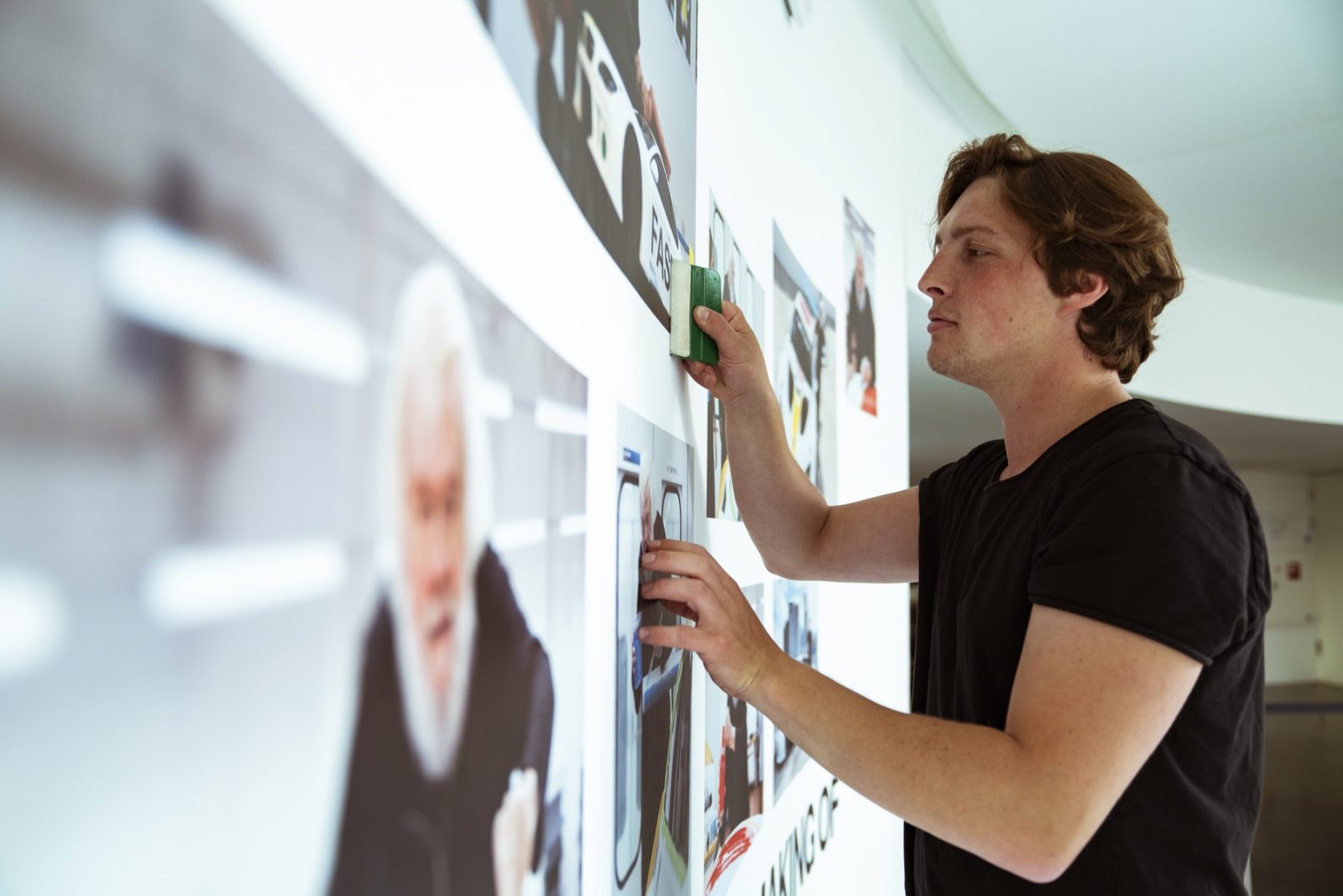 Other renowned artists from different countries and art genres have designed BMW series automobiles and racing cars, including Austrian painter Ernst Fuchs (1982), Spanish architect and sculptor César Manrique (1990) and British painter and draughtsman David Hockney (1995), before US artist Jeff Koons concluded the series for the time being with his Art Car #17 in 2010. The legendary series looks back on a history lasting more than 40 years and it has been continued with the BMW Art Cars #18 and #19. The Art Cars are now being presented at the special exhibition in the BMW Museum and this heritage can be experienced until February 2019.

24 Hours: One Team. One Target