The next generation BMW hybrids are launching this spring with a host of new technology and performance improvements. Read on for the full official details. 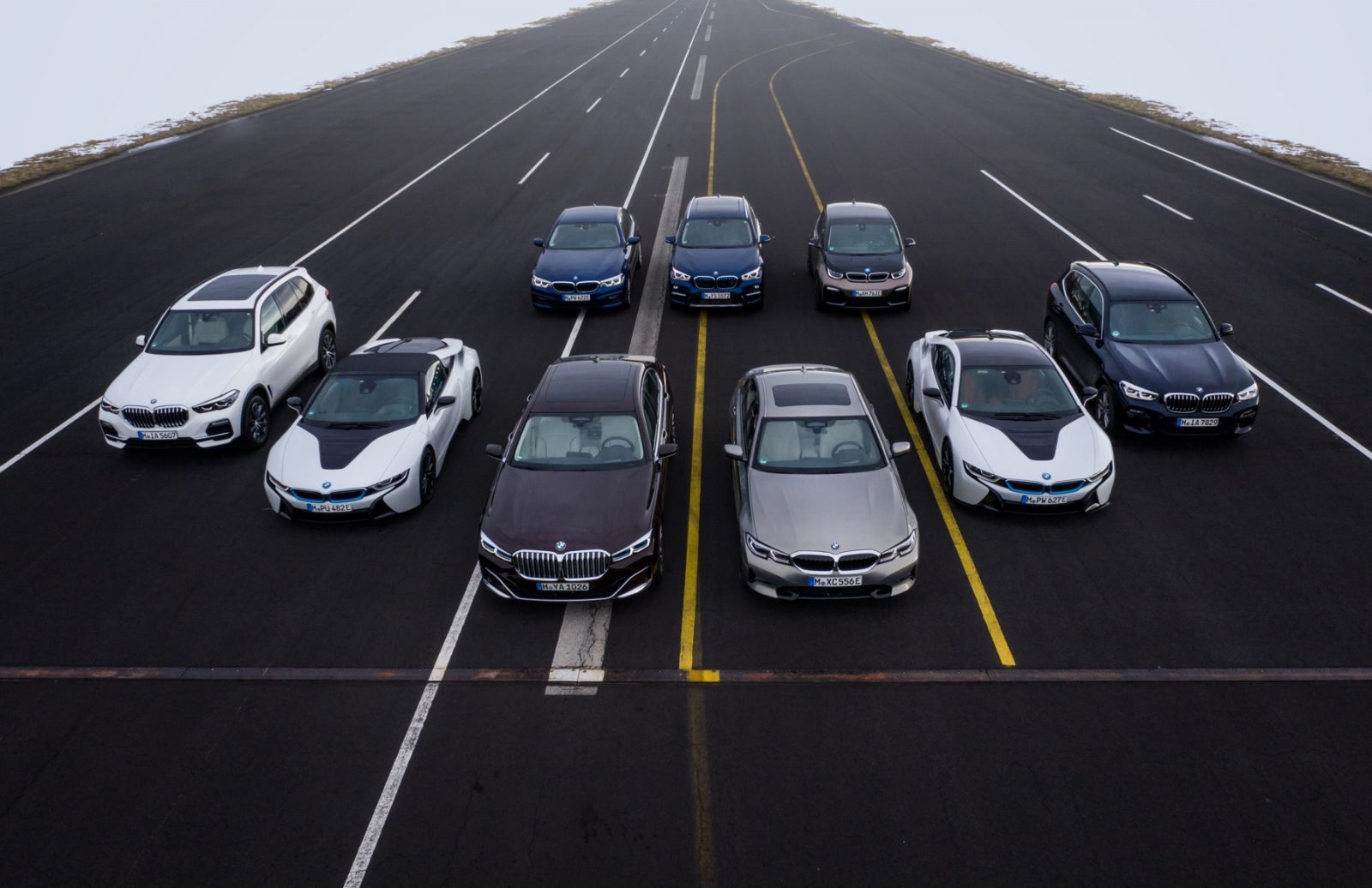 Official release: Premium automobile manufacturer BMW is consistently moving ahead with the electrification of its drive portfolio and now presents its latest plug-in hybrid models at the 2019 Geneva Motor Show. At the same time, BMW also announces the market launch of an additional sports activity vehicle (SAV) with electric drive. The globally popular BMW X3 will likewise be produced in a plug-in hybrid variant as of December 2019. This makes it the first model of the brand to be offered with both a conventional combustion engine and a plug-in hybrid system – with the addition of a purely electrically powered version in 2020.

Once again in 2018, the BMW Group further consolidated its status as a pioneer and market leader in the field of electrified automobiles (source: IHS Markit New Registrations 2018 Report 04. 01. 2019). With a market share of more than 9 per cent, the company leads the worldwide ranking of established premium providers of vehicles that are purely electrically powered or run on plug-in hybrid systems. In 2018 the BMW Group was the market leader in the premium segment of electrified vehicles in both Germany and in China. With a share of more than 16 per cent, the company also once again led the overall European market for electrified vehicles. BMW Group achieved a new worldwide sales record in 2018 with more than 140 000 units of electrical and plug-in hybrid vehicles sold – an increase of 38.4 per cent over the previous year. As one of the four future-oriented ACES topic areas (Autonomous, Connected, Electrified and Services/Shared), electromobility is one of the key elements of the company’s strategy NUMBER ONE > NEXT. The aim of the BMW Group is to have put more than half a million electrified vehicles of its brands on the road by the end of 2019.

BMW starts production of another SAV with plug-in hybrid drive in December 2019, thereby further expanding its range of electrically powered vehicles. Seeing its world premiere at the 2019 International Geneva Motor Show, the BMW X3 xDrive30e combines the versatile properties of a premium mid-range sports activity vehicle with cutting-edge BMW eDrive technology. Its robust characteristics, sporty driving performance figures and all-wheel drive system BMW xDrive – also active when running on electric power alone – are combined with outstandingly low levels of fuel consumption and exhaust emissions. Due to the use of the very latest battery technology, the BMW X3 xDrive30e achieves an electrically powered range of up to 50 kilometres. Thanks to BMW eDrive technology, its combined fuel consumption is reduced to up to 2.4 litres per 100 kilometres, with CO2 emissions of up to 56 grams per kilometre*.

The plug-in hybrid system in the BMW X3 xDrive30e consists of a 4-cylinder petrol engine with BMW TwinPower Turbo Technology and an electric motor. Both drive units put their power on the road – or unsurfaced terrain – via an 8-speed Steptronic transmission and the intelligent all-wheel drive system. Their joint system output of 185 kW/252 hp can be increased by up to 30 kW/41 hp by temporary use of the electric motor’s peak output. The BMW X3 xDrive30e takes just 6.5 seconds (provisional figure) to accelerate from zero to 100 km/h.

The latest BMW plug-in hybrid model is fitted with a lithium-ion battery which is positioned under the rear seat in order to save space. With a luggage volume of 450 litres, the transport capacity of the BMW X3 xDrive30e is at the level of those model variants which are fitted with a conventional engine.

The leading role of the BMW Group in the area of electrification is also reflected in its current engine range. At the 2019 International Geneva Motor Show, BMW presents the second generation of plug-in hybrid models in as many as three vehicles segments. 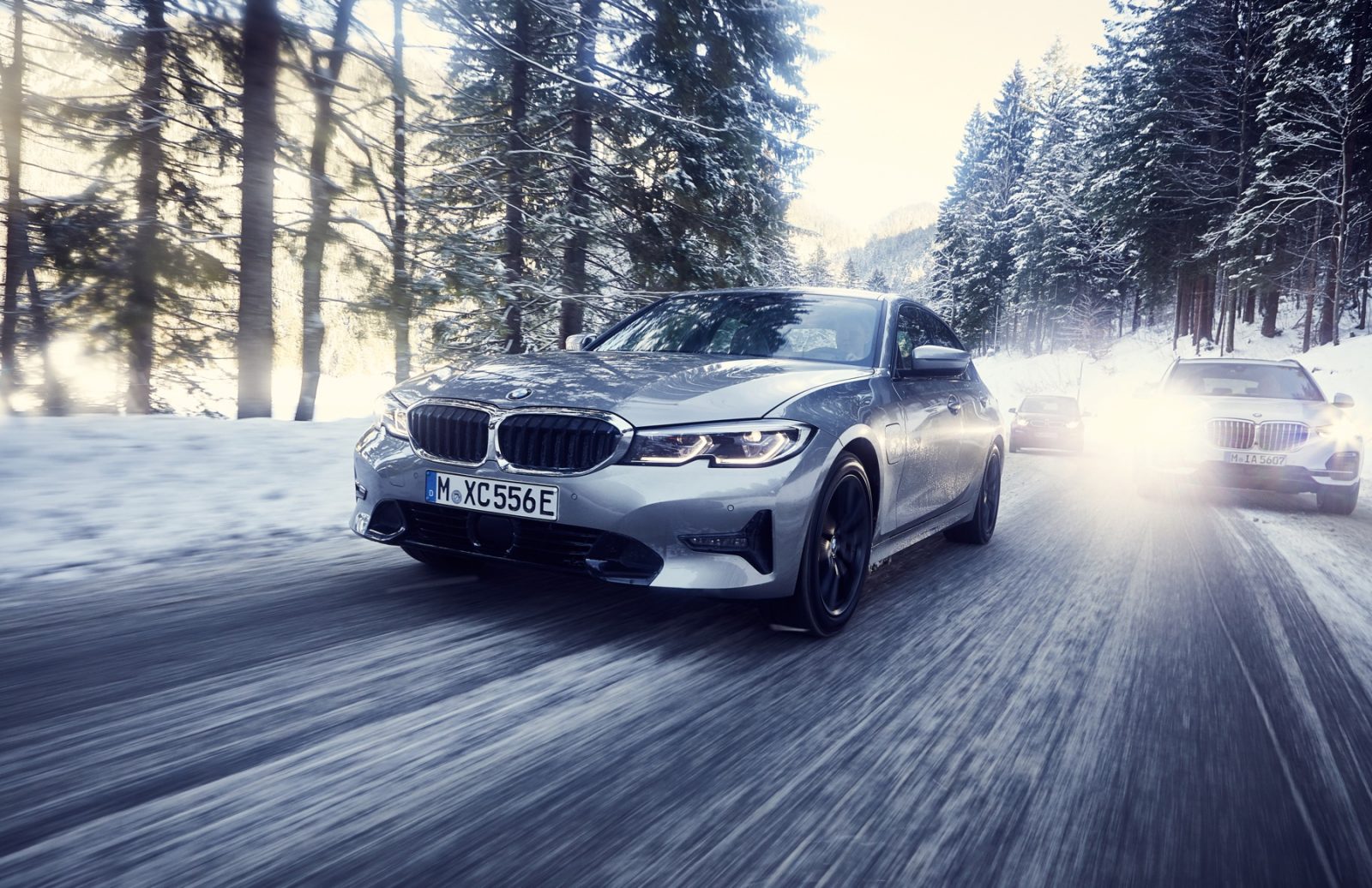 The new BMW 330e Sedan is especially impressive due to an increase in electrically powered range as compared to its predecessor model of some 50 per cent to up to 60 kilometres, a level of fuel consumption that has been reduced to up to 1.7 litres per 100 kilometres and CO2 emissions reduced to 39 grams per kilometre* – all combined with the sports sedan’s hallmark driving pleasure. The system output of its plug-in hybrid drive amounts to 185 kW/252 hp – with the possibility of a temporary increase by an additional 30 kW/41 hp using the standard XtraBoost. As a result, the new BMW 330e Sedan does the sprint from standing to 100 km/h in 6.0 seconds (provisional figure). 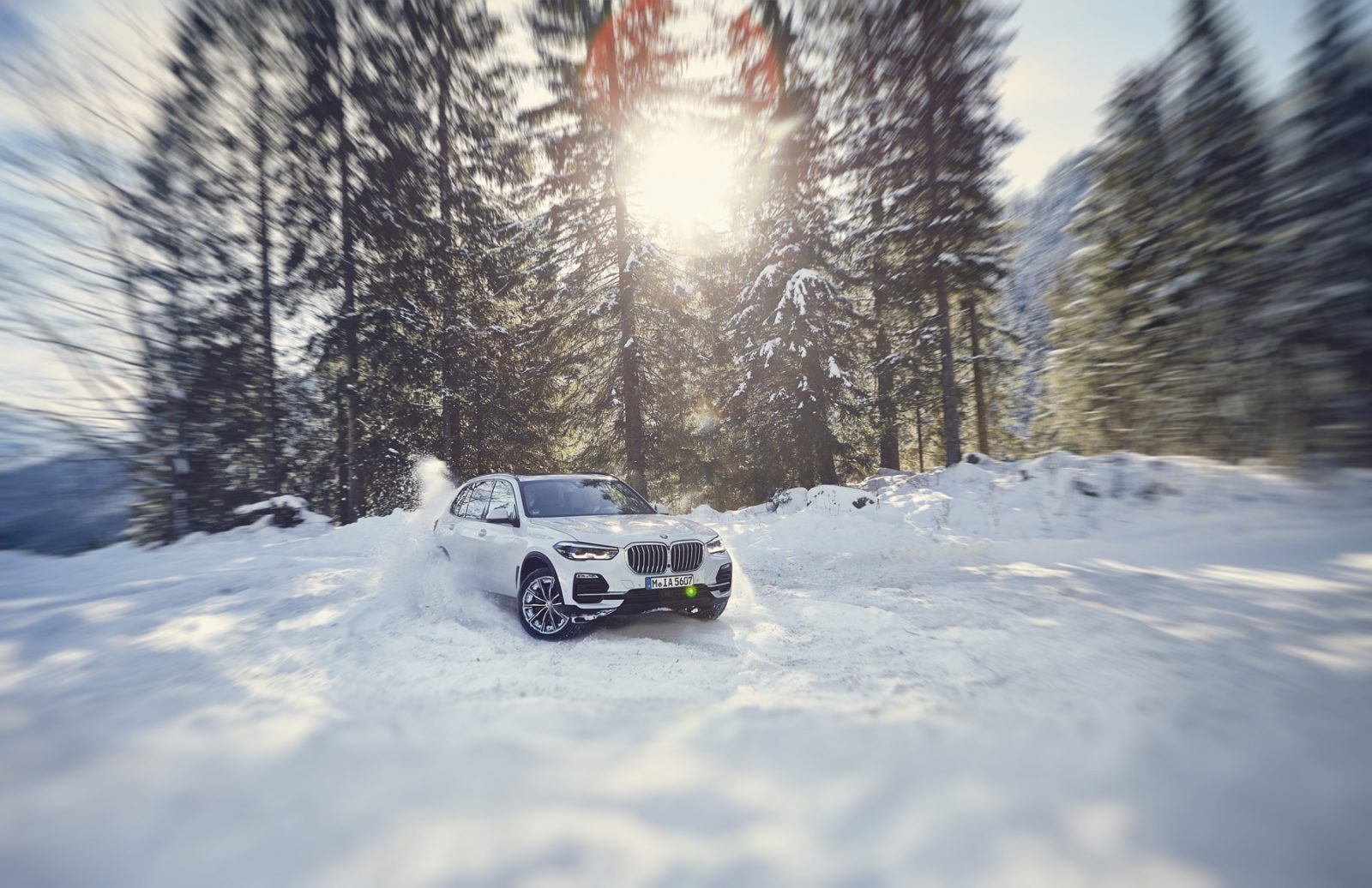 Increased output, efficiency and electrically powered range are also offered by the latest version of the BMW X5 with plug-in hybrid drive. The new BMW X5 xDrive45e is now fitted with an in-line 6-cylinder petrol engine adapted on a model-specific basis combined with an electric motor – with a system output that is now increased to 290 kW/394 hp. 5.6 seconds (provisional figure) is all it takes the sports activity vehicle to accelerate from zero to 100 km/h. Its electrically powered range is now approximately 80 kilometres, almost three times that of its predecessor. As such, day-to-day commuter runs can easily be covered on electric power only, thereby reducing local emissions to zero. With its 69-litre fuel tank, the BMW X5 xDrive45e is also perfectly suited to use over long distances. Its progressive plug-in hybrid drive technology reduces combined fuel consumption to up to 2.1 litres per 100 kilometres and CO2emissions from fuel to up to 49 grams per kilometre*. The qualities of the BMW X5 xDrive45e as a travel vehicle are likewise borne out by its versatile luggage compartment: here the storage volume of 500 to 1 716 litres is only very slightly less than that offered by variants of the SAV that are powered by conventional means. The ground-breaking all-round properties of the BMW X5 xDrive45e are complemented with the intelligent all-wheel drive system BMW xDrive. This transfers the power of both drive units to all four wheels, providing sports-style driving pleasure on the road and supreme off-road performance over unsurfaced terrain.

The latest progress in the field of battery cell technology has also led to an extension of the options for locally emissions-free driving in the plug-in hybrid models of the BMW 5 Series and BMW 2 Series. Although its dimensions remain unchanged, the new lithium-ion battery for the plug-in hybrid model of the BMW 5 Series Sedan now has a gross energy content that has been increased from 9.2 to 12.0 kWh. This means an increase in electrically powered range by more than 30 per cent to 64 kilometres. The BMW 530e Sedan now achieves a combined fuel consumption of at least 1.7 litres per 100 kilometres and CO2 emissions of at least 38 grams per kilometre. As an additional model variant, the all-wheel drive BMW 530e xDrive Sedan will also be included in the programme worldwide from July 2019 onwards. The latter achieves an electrically powered range of up to 57 kilometres. Its combined fuel consumption is at least 1.9 litres per 100 kilometres, while CO2 emissions are at least 44 grams per kilometre.

In the BMW 225xe Active Tourer, state-of-the-art battery cell technology paves the way to further reduced consumption figures as well as an increase in the electrically powered range of more than 25 per cent to up to 57 kilometres. While retaining the same dimensions as before, its lithium-ion battery now has a gross energy content that has been increased from 7.7 to 9.7. The combined fuel consumption of the BMW 225xe Active Tourer is at least 1.9 litres per 100 kilometres, its combined power consumption is at least 14.7 kWh per 100 kilometres and its CO2 emissions level is at least 43 grams per kilometre*. The hybrid-specific all-wheel drive system contributes to the BMW 225xe Active Tourer’s sporty and versatile driving properties. Its standard and optional fittings include numerous modern driver assistance systems as well as the current innovations in the field of intelligent connectivity and digital services – for increased convenience when charging the high-voltage battery and an even more intense electrical driving experience.

In addition to the very latest battery technology, the plug-in hybrid variants of the new BMW 3 Series Sedan, the new BMW X5 and the new BMW 7 Series also feature a new display and operating system as well as innovative digital services for an even more intense electric driving experience. Their standard fittings include the BMW Live Cockpit Professional with newly designed screens in the instrument panel and the Control Display, which also provide clearly laid-out details of the battery charge state, electrically powered range and operating mode of the plug-in hybrid system. The buttons used to select the drive mode are now integrated in the drive experience switch unit. Here, a press of the button is all that is needed to activate the modes SPORT for a particularly dynamic set-up and ADAPTIVE for a set-up that is geared towards the relevant driving style and situation, as well as the three operating modes HYBRID, ELECTRIC and BATTERY CONTROL. HYBRID mode serves as the standard setting that ensures a balanced set-up and optimised interaction between the combustion engine and electric motor. It also possible to select ELECTRIC mode as the standard setting via the iDrive menu. The HYBRID button is pressed twice to activate this operating mode in an efficiency-optimised version (HYBRID ECO PRO). The coasting function is one of the factors that contributes to a further reduction in fuel consumption.

The technology of the intelligent energy management system has likewise been further optimised. Since this is now linked to the navigation system, the interaction between combustion engine and electric motor can be adapted more precisely to the route and driving situation. In the new BMW 330e Sedan and the new BMW X5 xDrive45e, a control unit that draws on navigation and sensor data is also able to optimise brake energy recuperation efficiency in HYBRID ECO PRO mode. When approaching a junction or a vehicle driving ahead, for example, recuperation can be put to particularly intensive use for the purpose of deceleration.

During the charging process, the fully digital instrument panel provides graphically displayed information on the battery’s current charge status and therefore the car’s potential electrically powered range. The graphic display – designed individually for each vehicle – also shows the amperage available at the charge station being used, as well as indicating when the battery is fully charged.

New digital services help make it more attractive and convenient to charge the high-voltage battery when out and about. For example, the navigation system shows the driver nearby hotels, restaurants, cafés and sights or cultural facilities when a public charging station is being selected. Customers are also given a forecast as to the occupation status of charging stations. In addition, BMW enables ChargeNow customers to reserve an enabled charging station for a limited period based on in-car activation.

A distinctive sound created especially for electrified BMW models is used for the purpose of acoustic pedestrian protection, emitted via a speaker system. The sound design in the low speed range radiates a vibrant acoustic presence, though without impairing the acoustic comfort of vehicle occupants.