It’s hard to believe that the M5 is celebrating its 35th birthday. And on the occasion BMW M is announcing the very limited edition 2020 BMW M5 Edition 35 Years. Finished is a Frozen Dark Grey, the M5 Edition 35 Years features unique exterior and interior finishes that give it an immediately recognizable look. There are no mechanical updates but given that this is based on the M5 Competition I’m not sure what else you’d really need in terms of performance.

Some of the more interesting accents on the 35 Years Edition are found in the finishes. The 20 inch M light alloy Y-spoke design wheels, finished in Graphite Grey are exclusive to this model as is the gloss black brake calipers. Badges have been deleted that further the stealth look. Inside it’s the gold anodized aluminum carbon structure that you’ll notice right away. it’ll be interesting to see if BMW expands this trim or something similar to regular M models as it looks stunning.

Total production is a scant 350 globally with the US getting an undisclosed portion. Production will commence in September and October of this year with US cars being delivered later in the fall. Pricing will be announced soon. 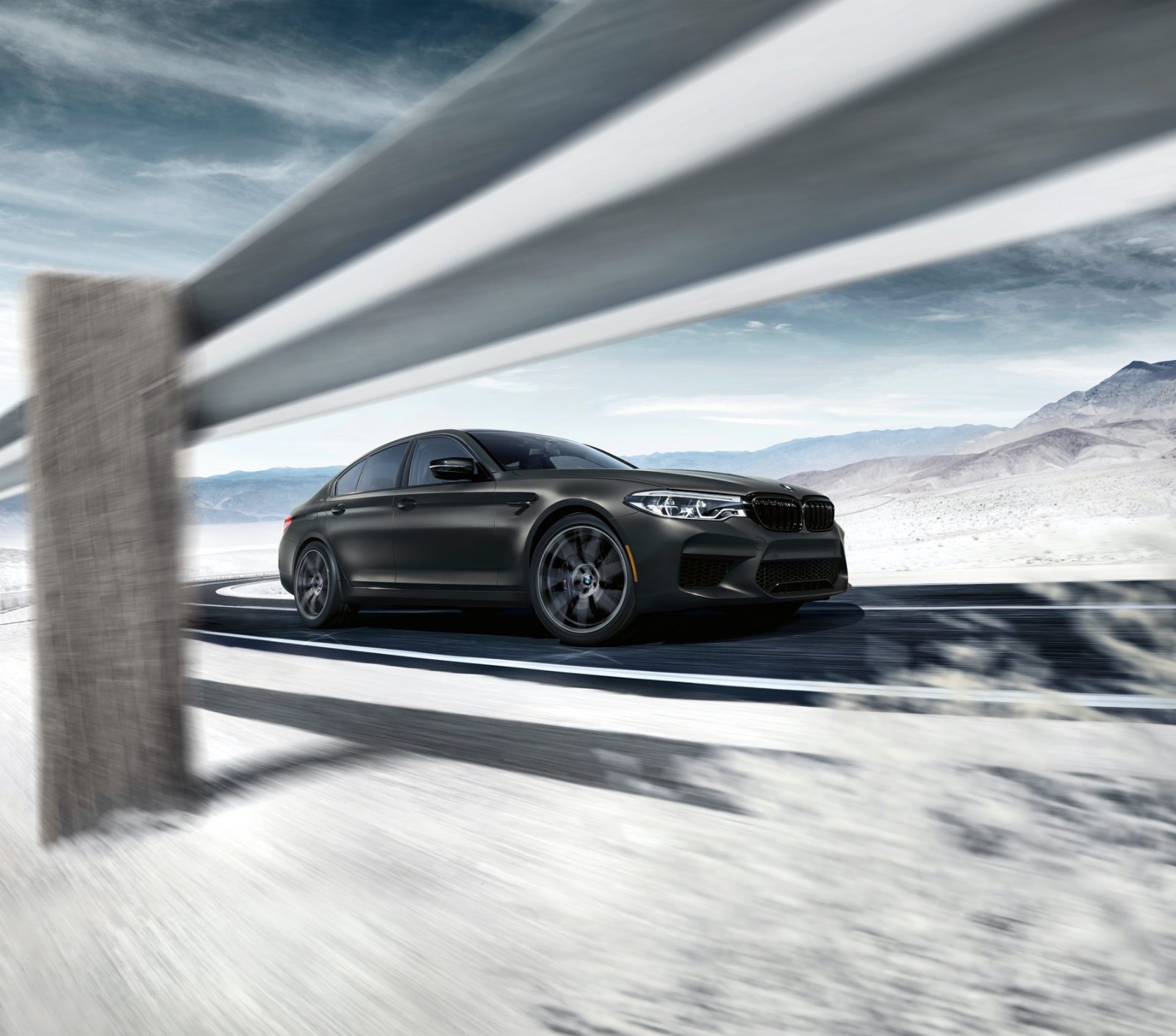 Today, BMW M GmbH unveils a limited production M5 to commemorate three and a half decades of exhilarating 4-door performance sedans. Based on the current M5 Competition, the most powerful and most capable M5 ever produced, the 2020 M5 Edition 35 Years will be limited to 350 units globally.

In celebration of a class of track capable sport sedans, created when at customers’ requests, BMW M GmbH installed the inline 6-cylinder motor from the mid-engine M1 into the 5 Series, the M5 Edition 35 Years offers a unique and carefully orchestrated package of BMW Individual equipment combined with the supercar performance capabilities of the M5 Competition. 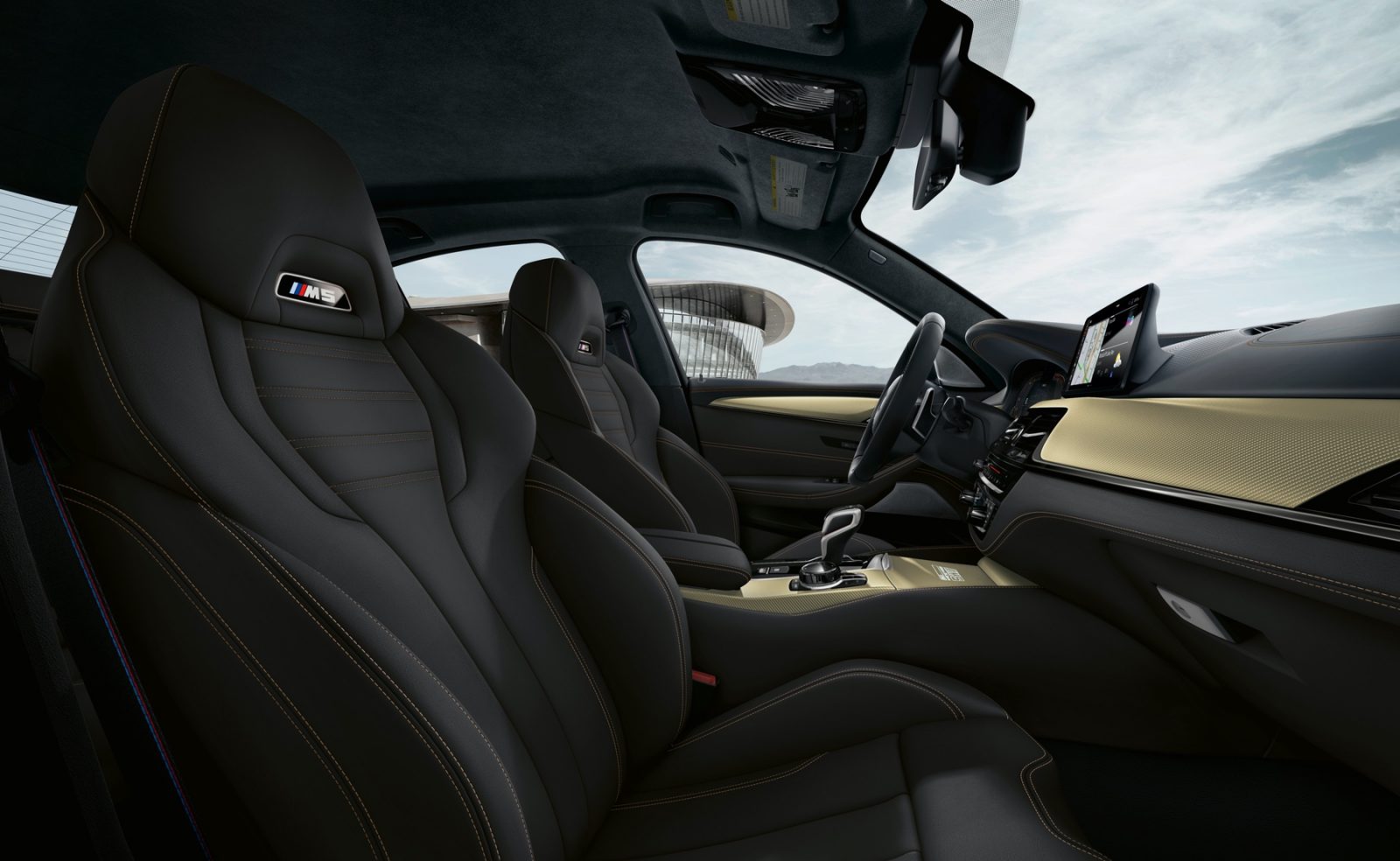 The exterior of this limited production model is finished in BMW Individual Frozen Dark Grey II metallic paint with a special pigmentation to create the appearance of a silk matte surface finish. The 20 inch M light alloy Y-spoke design wheels, finished in Graphite Grey are exclusive to this model. The M compound brake system calipers are finished in high-gloss black, another visible feature unique to the M5 Edition 35 Years. Badge deletion from the trunk finishes off the exterior in an elegant and understated way. 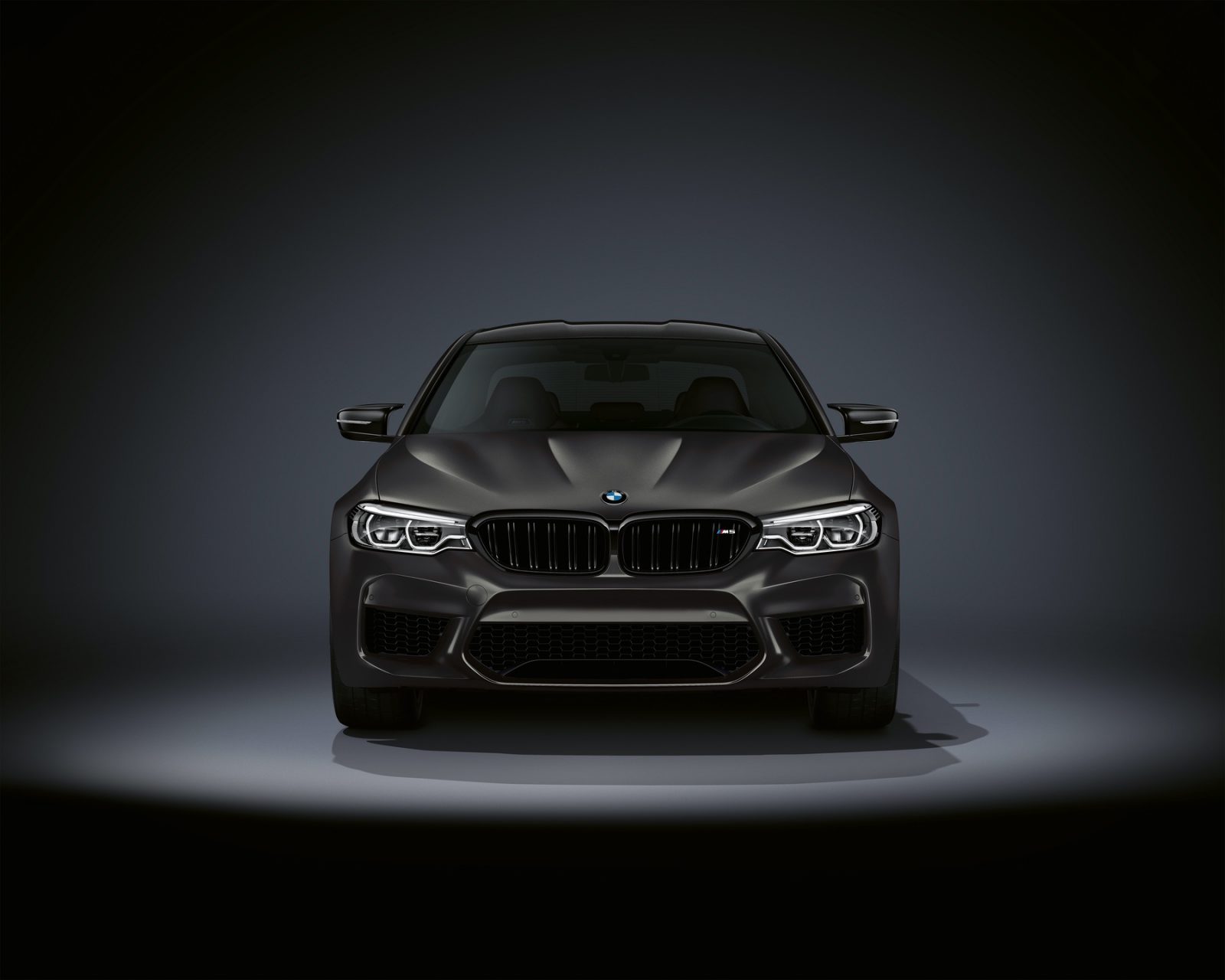 The 2020 M5 Edition 35 years also receives the newest Live Cockpit Professional with the BMW iDrive 7 operating system. The latest-generation of the iDrive comprises a high- resolution digital 12.3” instrument cluster display behind the steering wheel and a 10.25” center display diagonally across. The system offers many hardware upgrades including new haptic controls on the iDrive controller, an advanced tablet-like touch interface, stunning visualizations, and the largest displays in a BMW yet. This latest system perfectly blends the strengths of previous iDrive concepts with the modern ways in which people expect to interface with their popular electronic devices. The multi-modal approach of the iDrive touch controller, large touchscreen center display, cloud based voice control, and gesture control allow users to interact in the way of their choosing.

To maximize the capabilities of the large 12.3” digital instrument cluster, the traditional circular gauges have been finessed into an all-new design pushing the speedometer and tachometer gauges to the outer edges of the display as geometric bands. This new design opens space in the middle for routing and navigation. Information from the center display can also be shown within the tachometer. 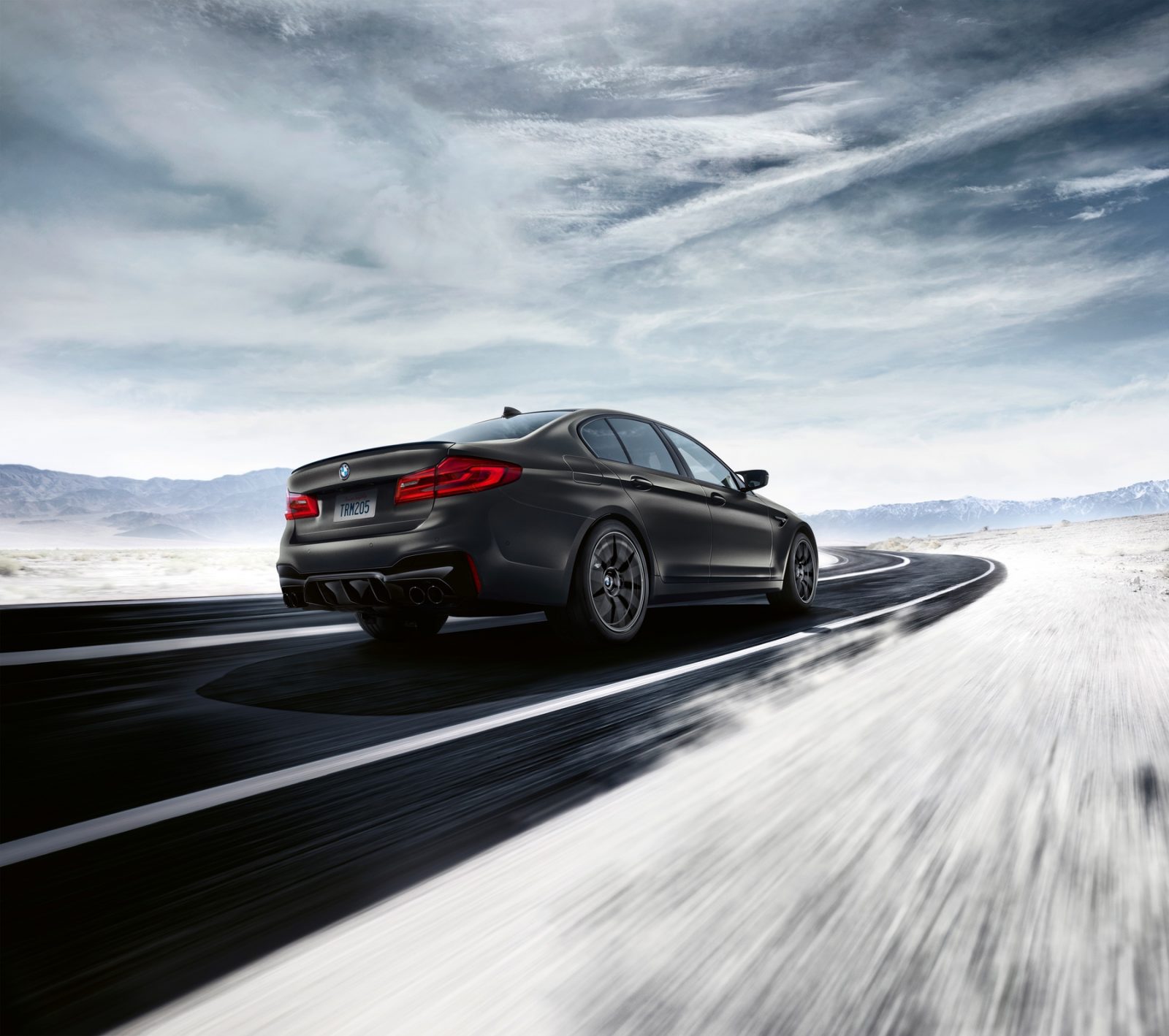 The Heart of M

The emotion-packed driving experience that defines the BMW M5 Edition 35 Years stems from its high-revving, M TwinPower Turbocharged 4.4L V8. Generating 617 hp at 6,000 rpm, with a peak torque delivery of 553 lb-ft. between 1,800 and 5,860. The limited production sedan accelerates from 0 to 60 mph in just 3.1 seconds, with 124 mph reached in 10.8 seconds – 0.3 seconds quicker than in the standard BMW M5. The engine mounts supporting the more powerful V8 are also 55% stiffer over their counterparts found in the standard M5, improving power transfer throughout the driveline.

The 2020 BMW M5 Edition 35 Years comes equipped with a flap-controlled, twin-pipe M Sport exhaust system which produces an extremely distinctive tone – especially when the engine is pushed hard and at high revs. The acoustic profile can be changed by selecting the various drive modes while the M Sport exhaust system itself makes a great visual impression, thanks to the black chrome finish of the tailpipes. 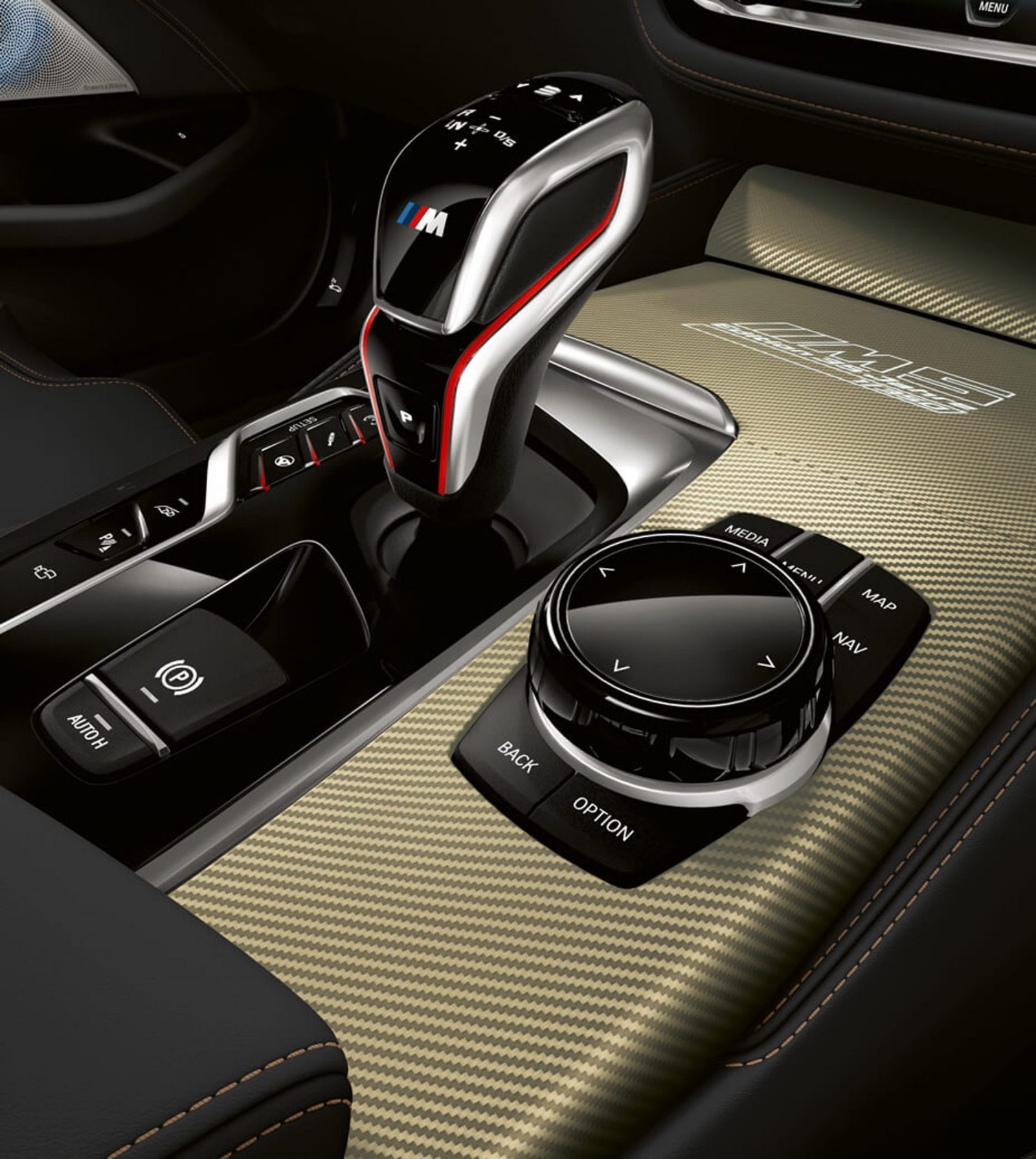 The task of transferring the engine power to the wheels is handled by the eight-speed M Steptronic transmission. Incredibly short shift times and swift, precise responses to every nudge of the accelerator ensure that the engine’s capabilities are instantly translated into action.

Three different modes offering a choice of efficient, sporty or ultra-high performance driving can be activated using the Drivelogic rocker switch on the gear selector. Manual gear selections are possible with either the selector lever or the shift paddles on the steering wheel.

A specially designed transmission oil cooler keeps the transmission operating within the desired temperature range, even when the car is being pushed to the limit on the track.

The M xDrive system’s intelligent all-wheel-drive technology is capable of directing all of the BMW M5 Edition 35 Year’s power and torque to the road in and generating just enough extra traction to achieve acceleration times worthy of a super-sports car. 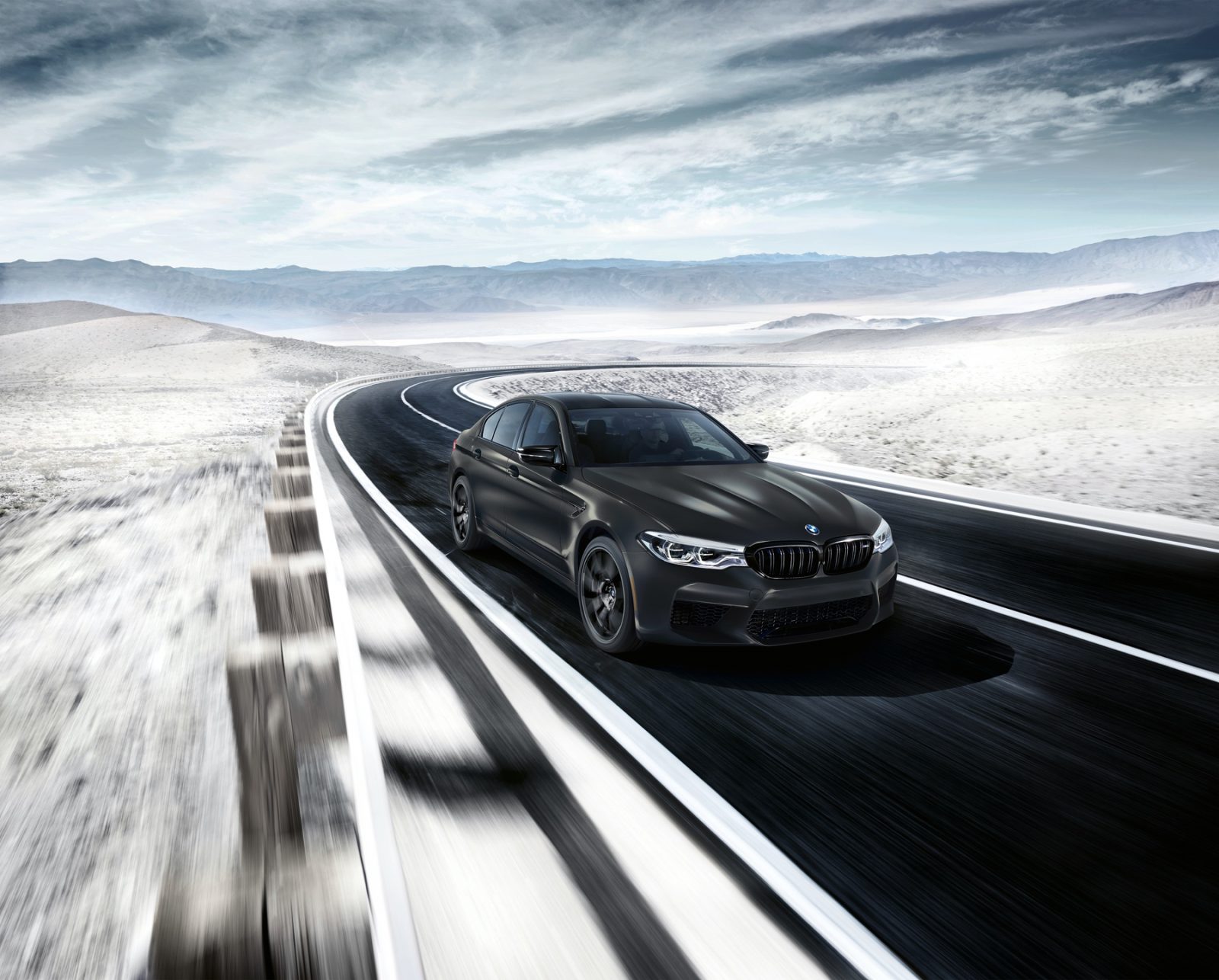 The centrally controlled interaction between M xDrive and the Active M Differential is responsible for channelling the engine’s output to the car’s wheels without any loss of power en route. The engine’s torque is distributed between the front and rear wheels by the transfer case’s fully variable, electronically controlled multi-plate clutch, before the Active M Differential splits it again as needed between the two rear wheels.

Besides the 4WD and 4WD Sport modes, there is the option of pure rear-wheel drive (2WD), which allows experienced and skilled drivers to revel in the experience offered by past generations of the BMW M5 – i.e. handling in its purest form, with no control system intervention. 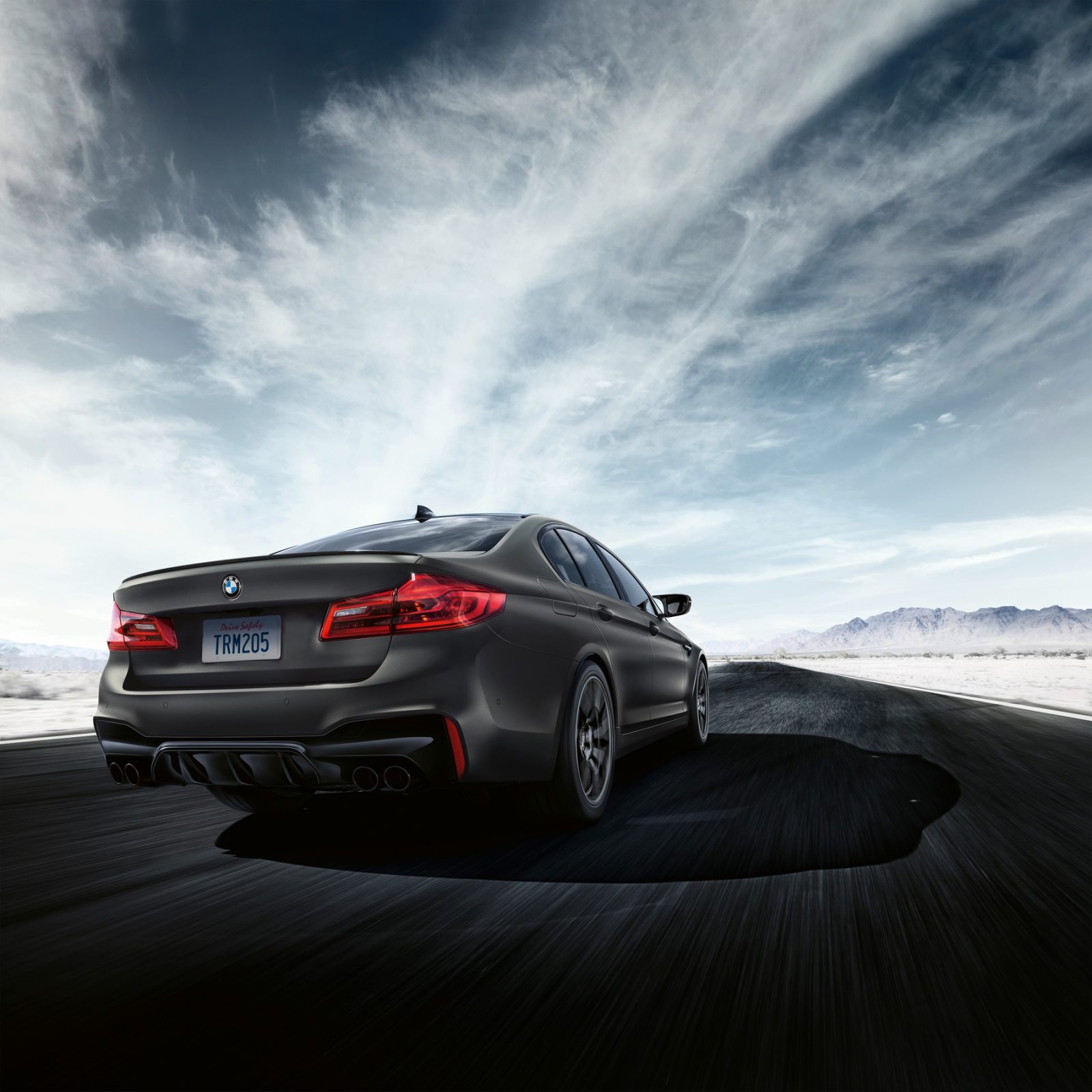 Chassis tuning for the ultimate precision and performance

Like every BMW M car, the 2020 BMW M5 Edition 35 Years is equipped with chassis technology that ensures precisely controllable handling at all times, even in extremely dynamic driving situations. This is down to the M-specific kinematic properties of the high-performance sedan’s double-wishbone front suspension and five-link rear suspension. They result in neutral steering behaviour and a linear build-up of lateral force up to the car’s dynamic limits. An M- specific version of the Variable Damper Control system is fitted, the Comfort, Sport and Sport Plus modes selectable at the press of a button activating different damper settings. Selecting Sport mode activates the damper settings perfected for harsher tarmac and curbing of a track like Nürburgring’s Nordschleife circuit. Sport Plus lends itself to the smoother pavement and curbing of grand prix circuits.

The ride height is lower by seven millimeters compared to the M5 Sedan, and is accompanied by model-specific chassis tuning to the springs (10% stiffer) and dampers. Increased negative front camber enhances the car’s ability to absorb lateral forces through high-speed corners. Ball joints instead of rubber mounts has resulted in more precise wheel guidance at the rear axle. The spring rate of the rear anti-roll bar is firmer, causing the body roll that occurs through high-speed corners to be distributed with a pronounced rear bias. 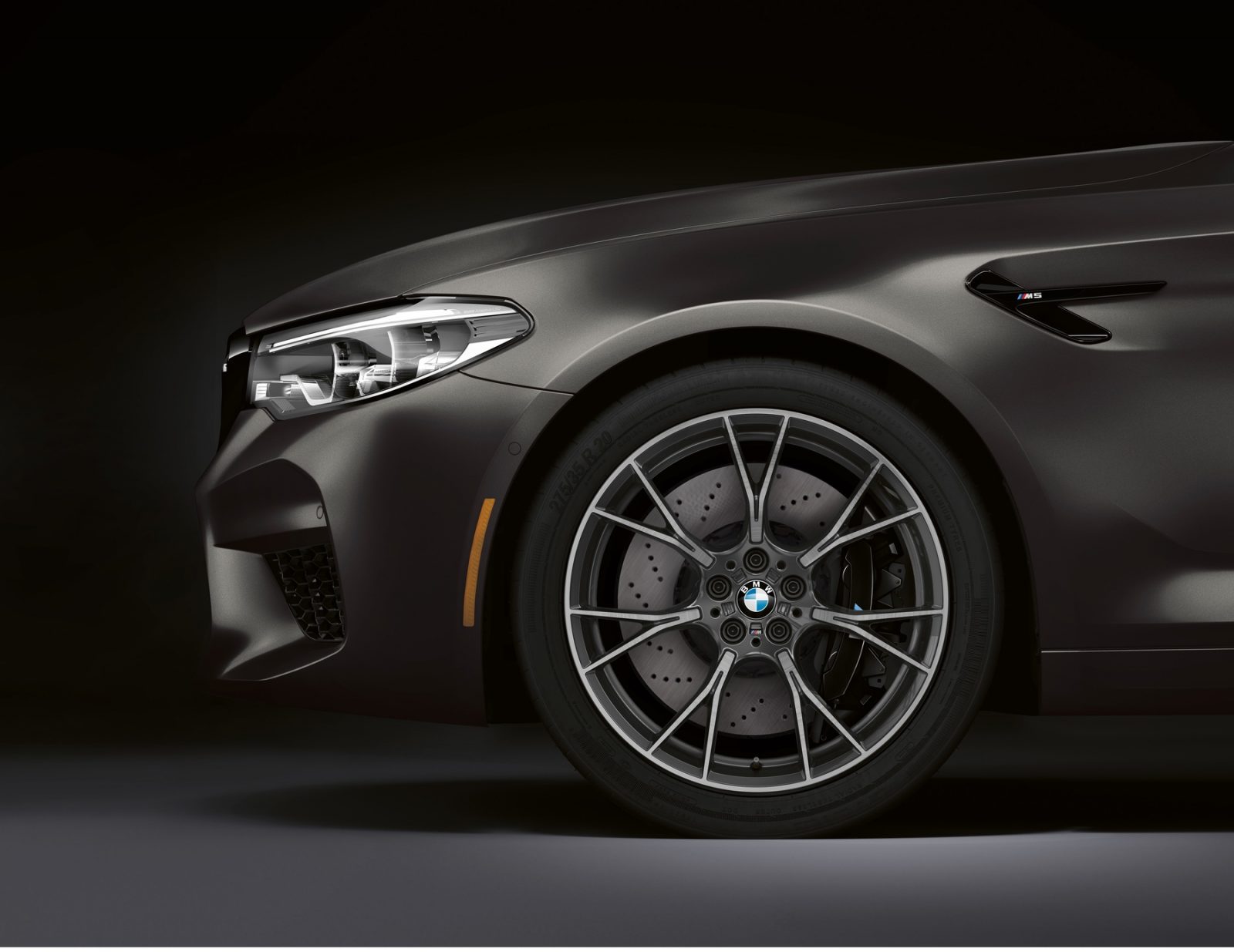 The ultimate in braking and grip 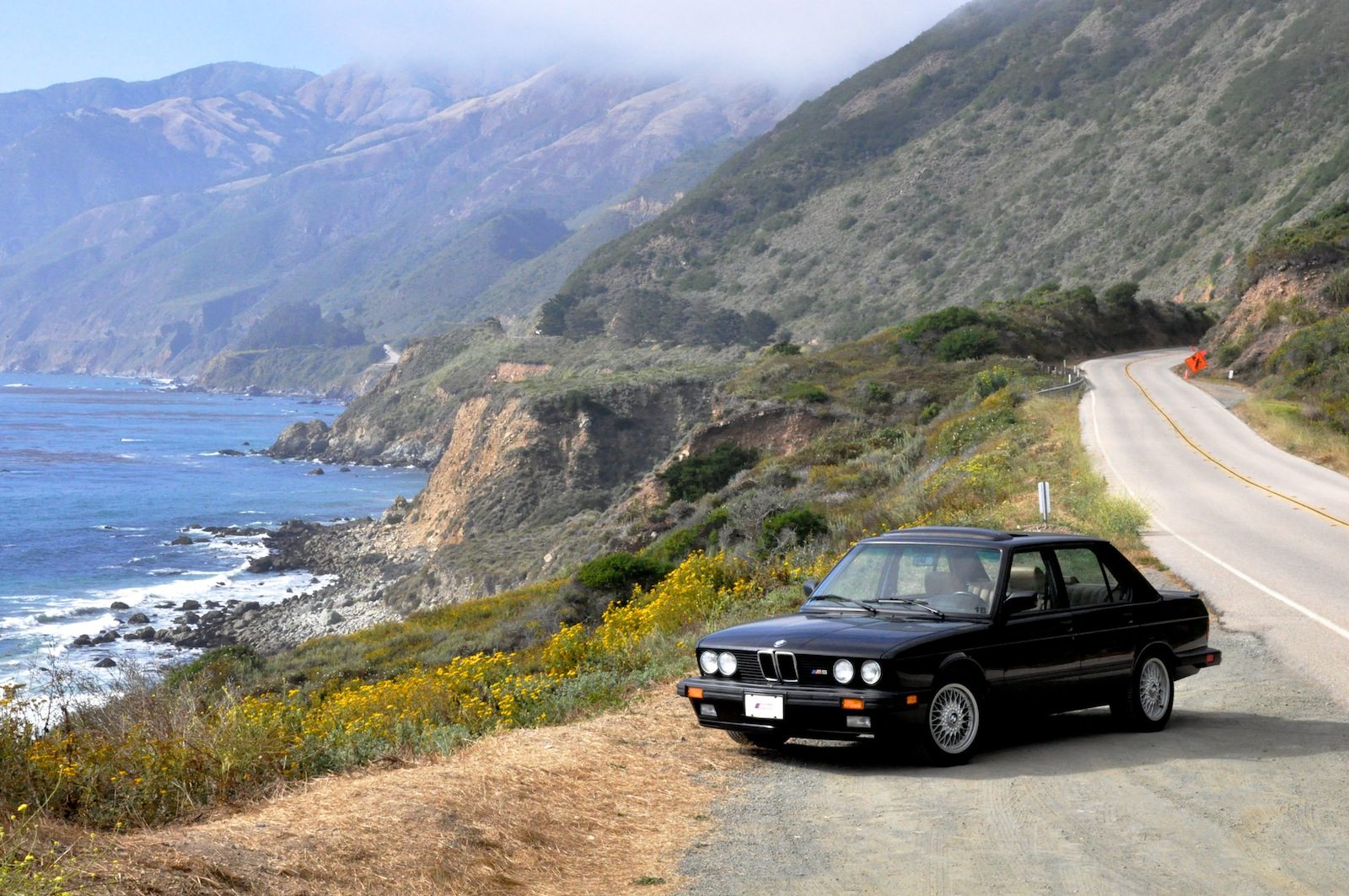 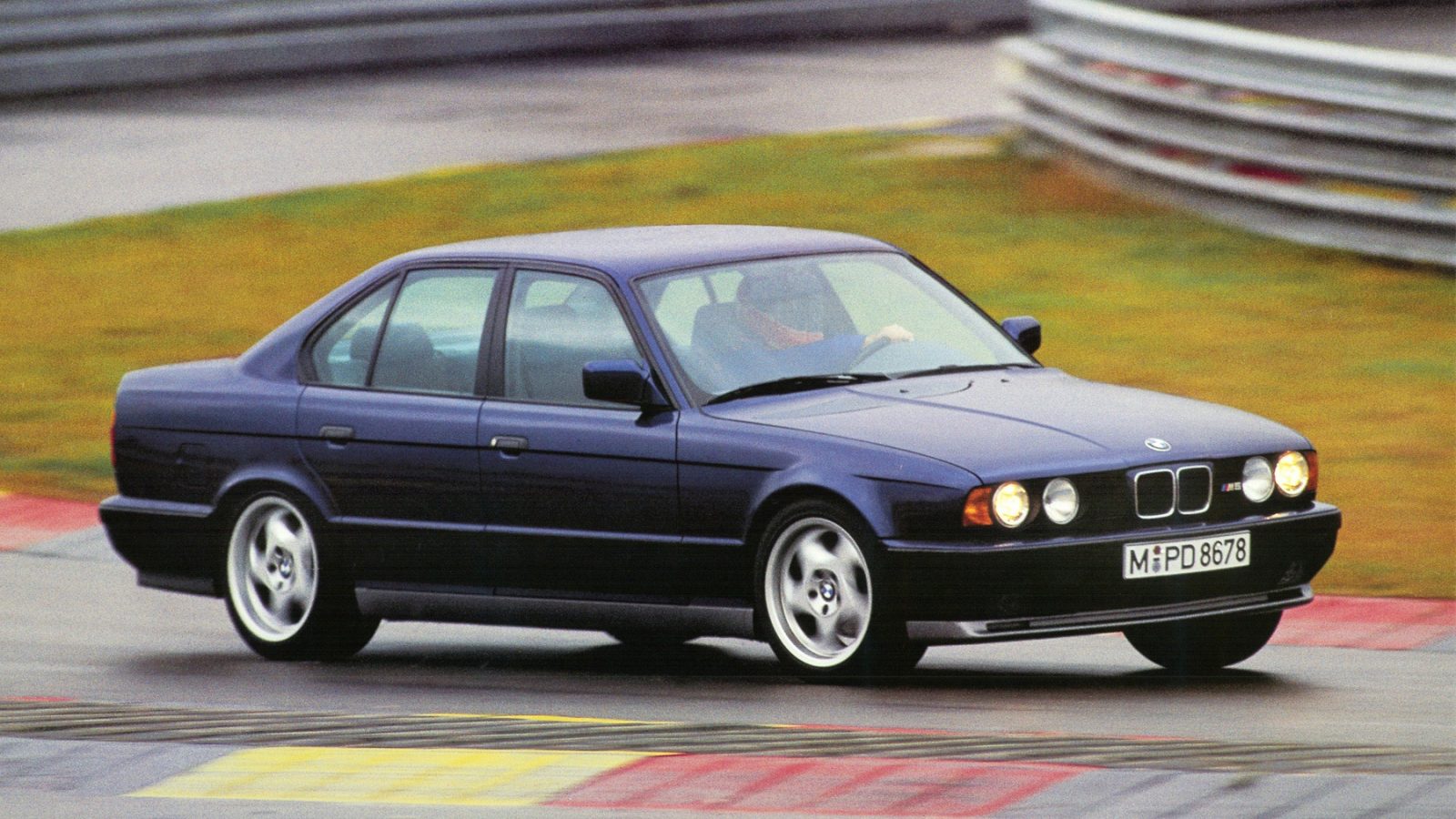 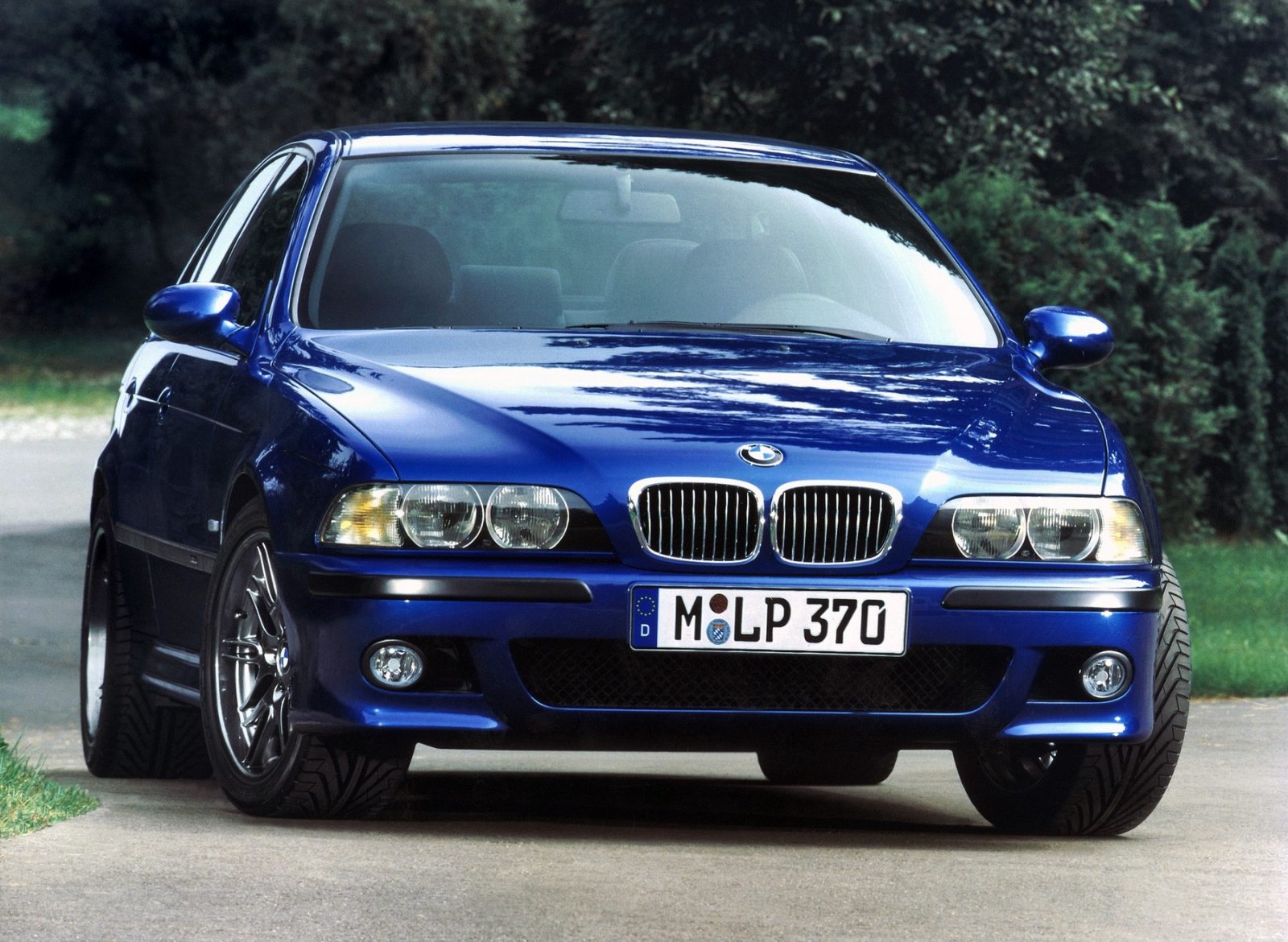 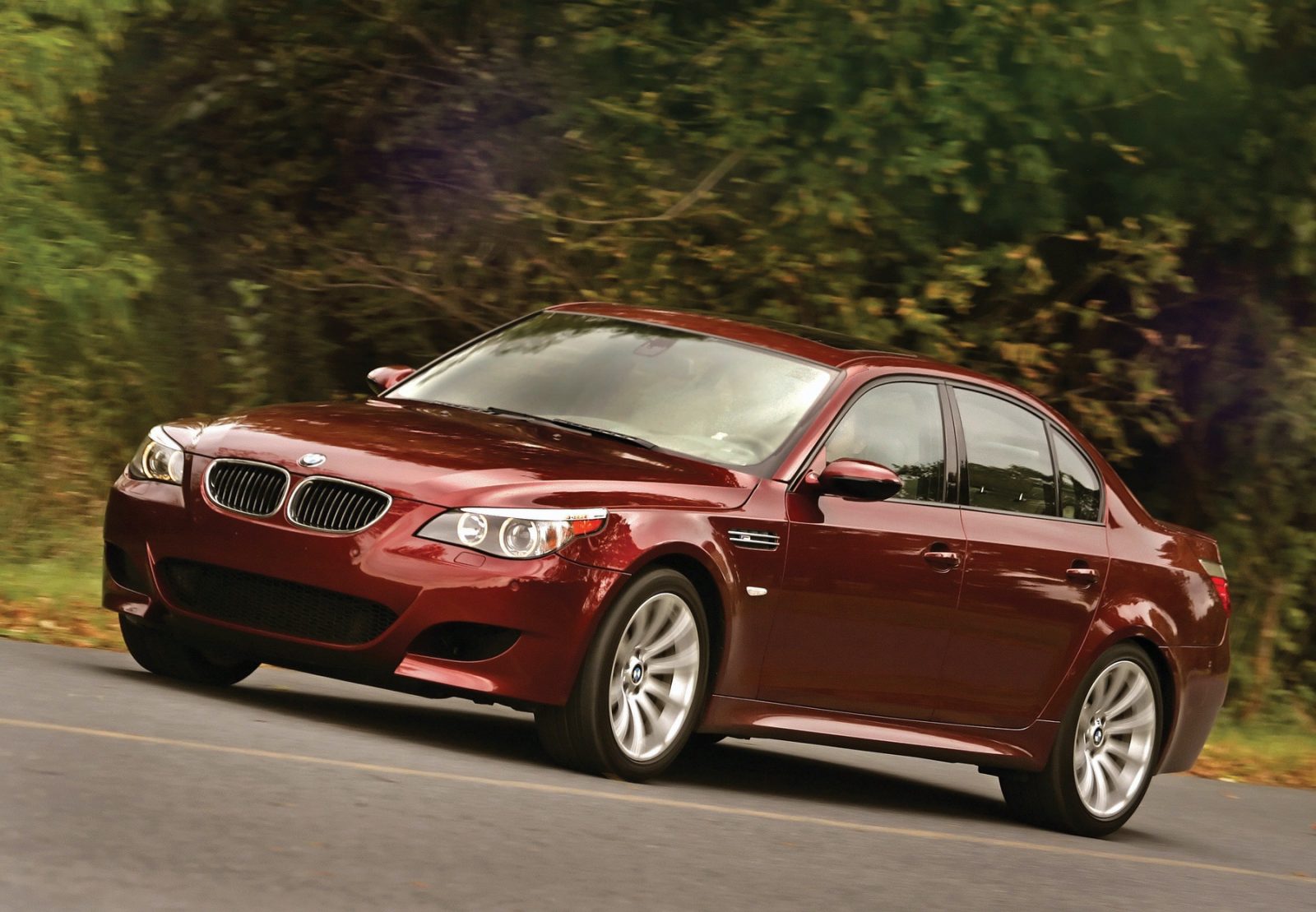 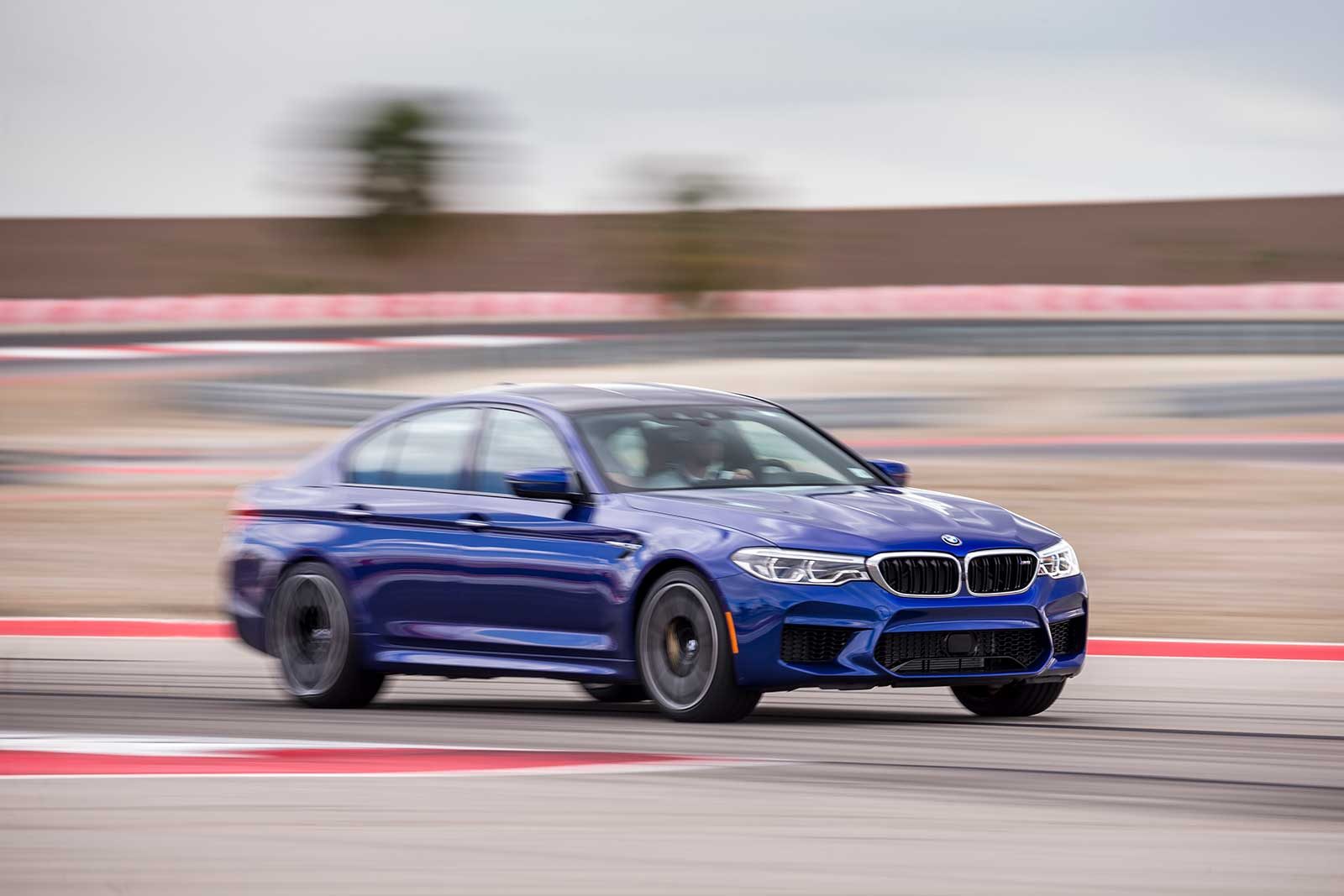