Official Release: Efficiency meets supremacy: With the market launch of the new BMW X5 xDrive45e, the drive portfolio of the Sporty Activity Vehicle (SAV) is now being expanded to include a plug-hybrid system. The second generation of the BMW X5 with electrified drive combines a model-specific in-line 6-cylinder petrol engine featuring BMW TwinPower Turbo Technology with the very latest BMW eDrive technology. Consistent progress in the area of plug-hybrid drive has produced a system output now increased to 290 kW/394 hp, a tangible enhancement in terms of electrically powered range and a significant reduction in fuel consumption and CO2 levels as compared to the predecessor model. 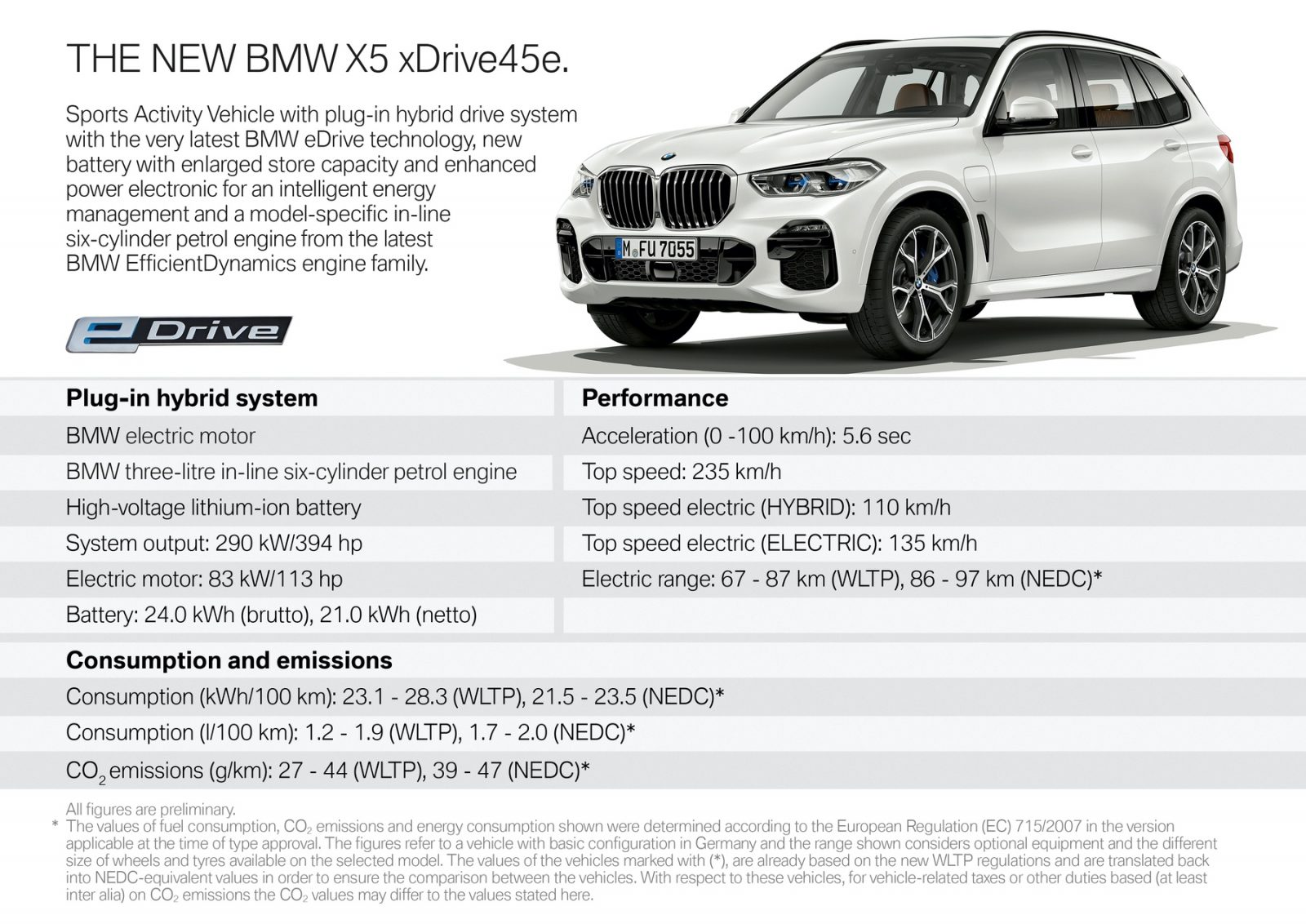 More impressively than ever, the second generation of the plug-in hybrid model combines the purely electrically powered driving pleasure of a BMW plug-in hybrid model with the versatility that is typical of a Sports Activity Vehicle. In doing so, the new BMW X5 xDrive45e offers optimised qualities in terms of both driving dynamics and efficiency. With an electrically powered range of 67 to 87 kilometres in the new WLTP test cycle or some 86 to 97 kilometres* according to the NEDC test cycle, the figure achieved by the predecessor model has been more than tripled. At the same time, the combined fuel consumption and CO2 emissions of the new BMW X5 xDrive45e have been virtually halved. The fuel consumption figures are now 1.9 to 1.2 litres per 100 kilometres in the WLTP test cycle or 2.0 to 1.7 litres per 100 kilometres* in the NEDC test cycle, with the relevant CO2 emissions being reduced to 44 to 27 grams per kilometre (WLTP) or 47 to 39 grams per kilometre* (NEDC). The combined power consumption of the new BMW X5 xDrive45e is between 28.3 and 23.1 kWh per kilometre (WLTP) or between 23.5 and 21.5 kWh per 100 kilometres* (NEDC). The top speed when driving on electric power alone is increased from 120 to 135 km/h.

These improved levels are the result of a completely newly developed drive technology. It comprises a 3.0-litre and 210 kW/286 hp in-line 6-cylinder engine from the current BMW EfficientDynamics drive family and the fourth generation of BMW eDrive technology. An electric motor with an output of 83 kW/113 hp, a lithium-ion battery with a gross energy content increased to 24.0 kWh and further developed power electronics for intelligent energy management give the plug-in hybrid system of the BMW X5 xDrive45e unique performance characteristics as well as an impressive level of efficiency. Together, the two drive units generate a system output of 290 kW/394 hp along with a maximum system torque of 600 Nm. The combustion engine and electric motor deliver their power to an 8-speed Steptronic transmission of the latest generation and the intelligent all-wheel drive system BMW xDrive. In this way, the drive torque is transferred to all four wheels when driving on electric power alone as well as when using the combustion engine or indeed both drive units: this ensures sporty driving pleasure on the road and supreme off-road performance over loose terrain at all times. The new BMW X5 xDrive 45e takes 5.6 seconds for the sprint from zero to 100 km/h, which is 1.2 seconds less than the predecessor model. Its top speed is 235 km/h. 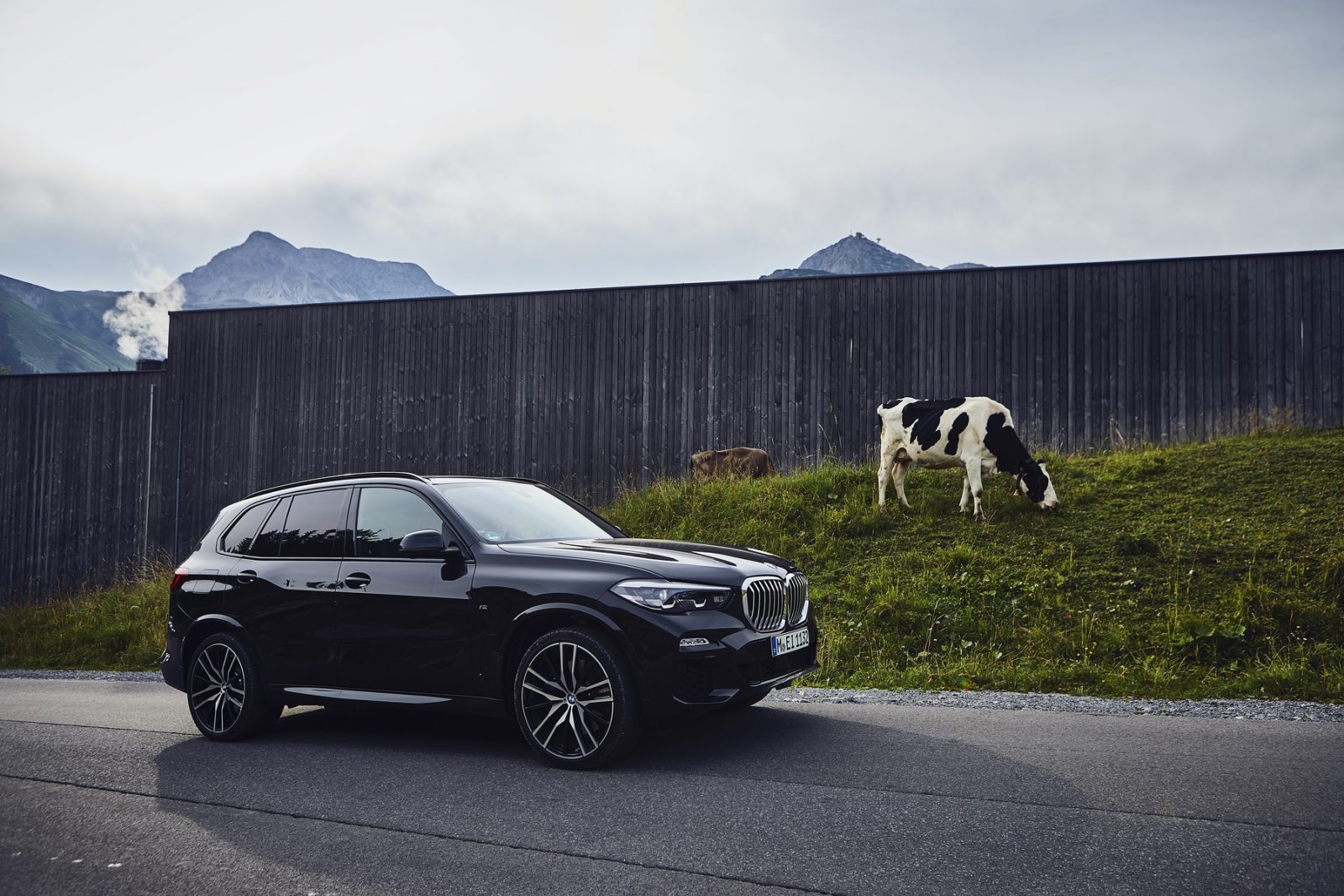 Thanks to the high-voltage battery positioned in the underbody area of the vehicle, the centre of gravity is lower than in conventionally powered SAV model variants. The luggage compartment volume of the BMW X5 xDrive45e is only some 150 litres less. When all seats are used, the storage volume is 500 litres; if the rear backrests are folded down, a volume of 1 720 litres is available. The volume of the fuel tank is 69 litres – suitable for long distances.

The new BMW X5 xDrive45e is fitted as standard with a two-axle air suspension and electronically controlled dampers. The optional suspension systems available for the plug-in hybrid model include integral active steering. In addition to a comprehensive selection of features in the area of intelligent connectivity, new digital services are also offered that are geared specifically towards electromobility. In addition, all driver assistance systems developed for the Sports Activity Vehicle as well as high-quality options to enhance comfort and luxurious interior ambience are also available for the new BMW X5 xDrive45e. Its standard trim also includes acoustic pedestrian protection. When running at low speeds on electric power, a speaker system emits a distinctive sound generated especially for electrified BMW models which establishes an acoustic presence without impairing occupants’ acoustic comfort. 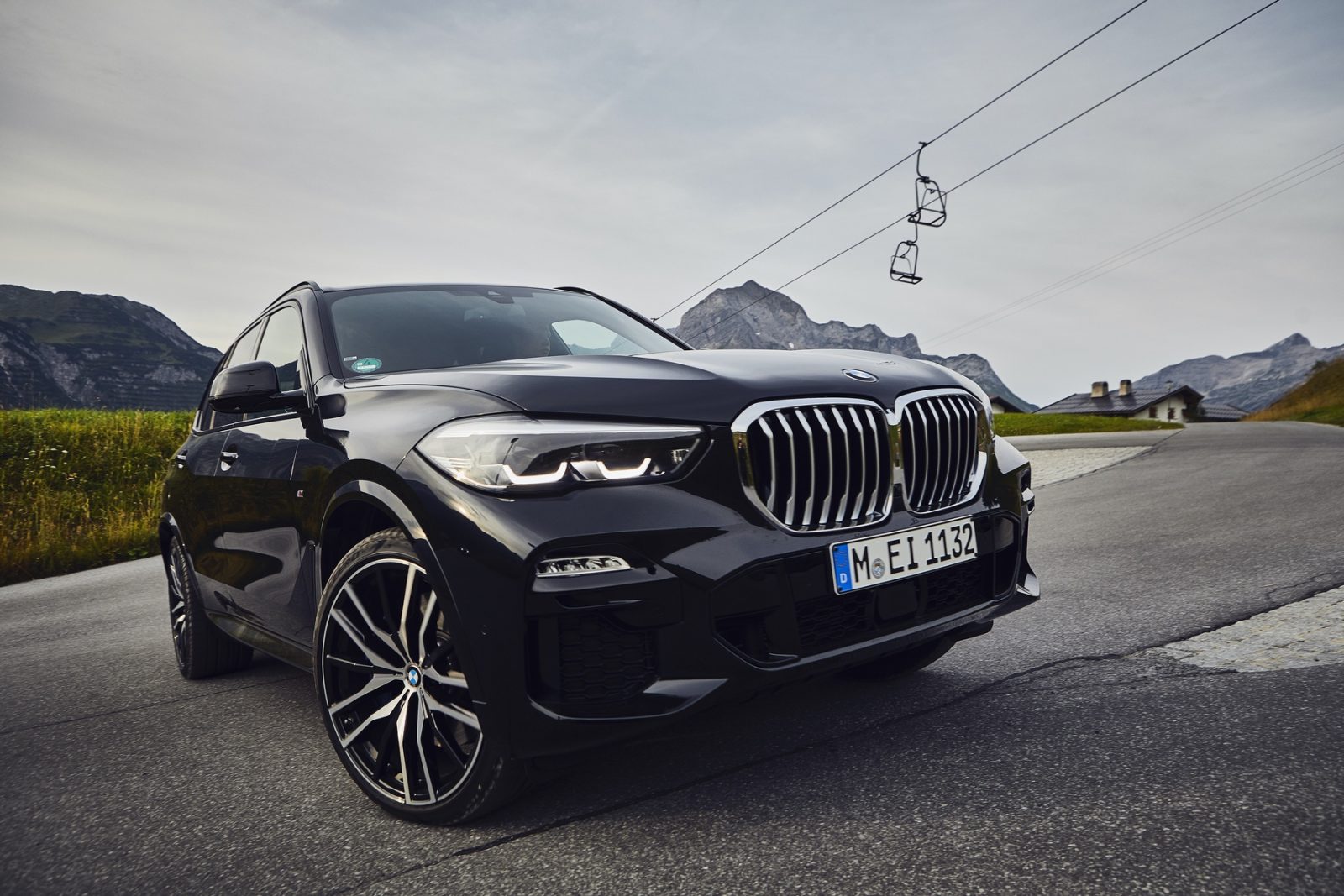 BMW plug-in hybrid models offer an array of benefits in everyday use. 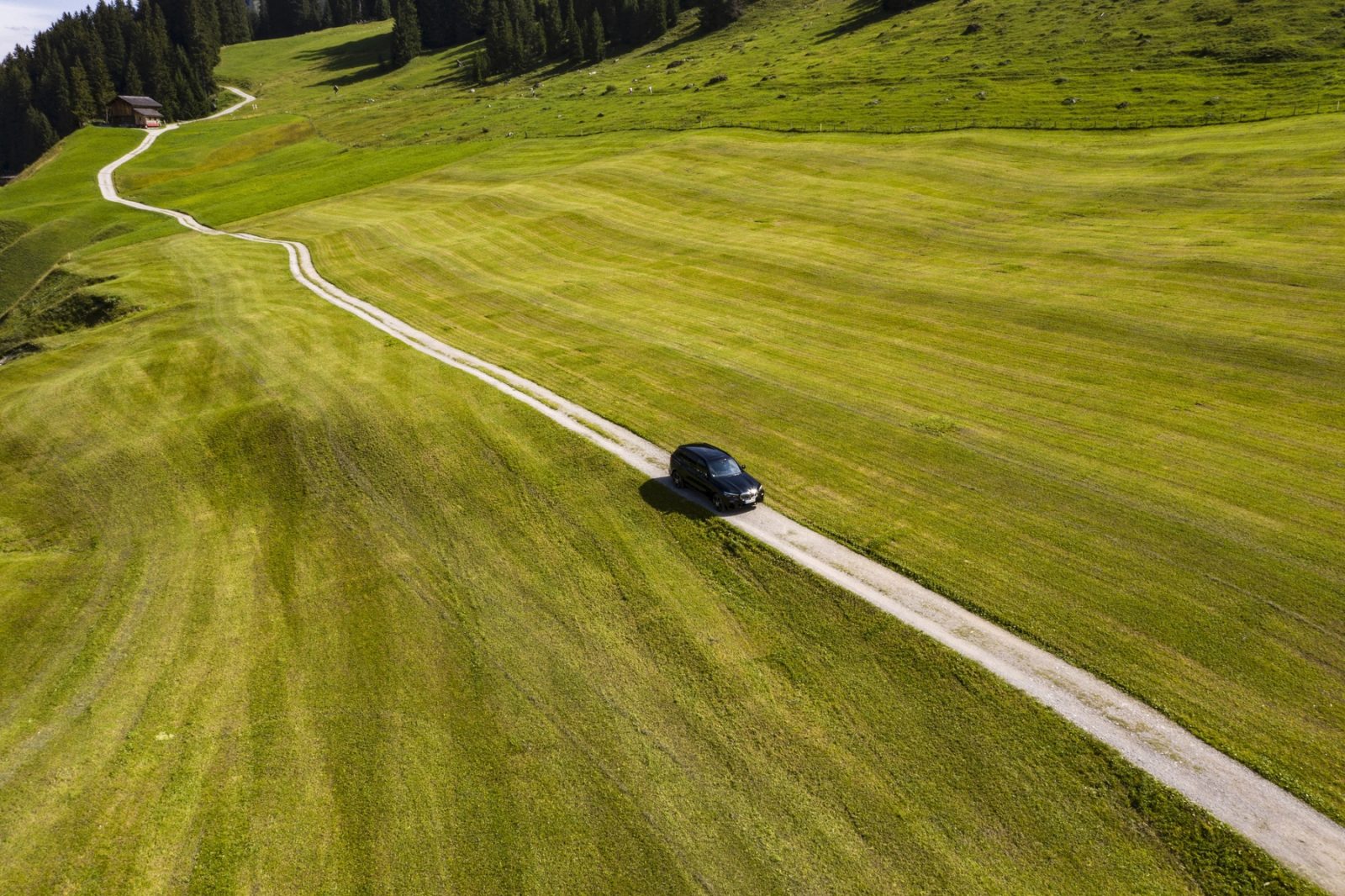 The “real” environmental impact of plug-in hybrid vehicles has been questioned on occasion, especially in markets where the proportion of green energy used by the public energy grid remains small. The BMW Group conducted a full-cycle CO2 certification for the new BMW X5 xDrive45e – from raw material procurement, the supply chain, production and the use phase, all the way to recycling.