The 2020 BMW Z4 30i rights the wrongs of its predecessors and delivers a legitimate sports car experience with only one deal-breaking drawback. But before we focus on that potentially deal-breaking issue, let’s look at how BMW has recreated the Z4 in the guise of a true sports car. 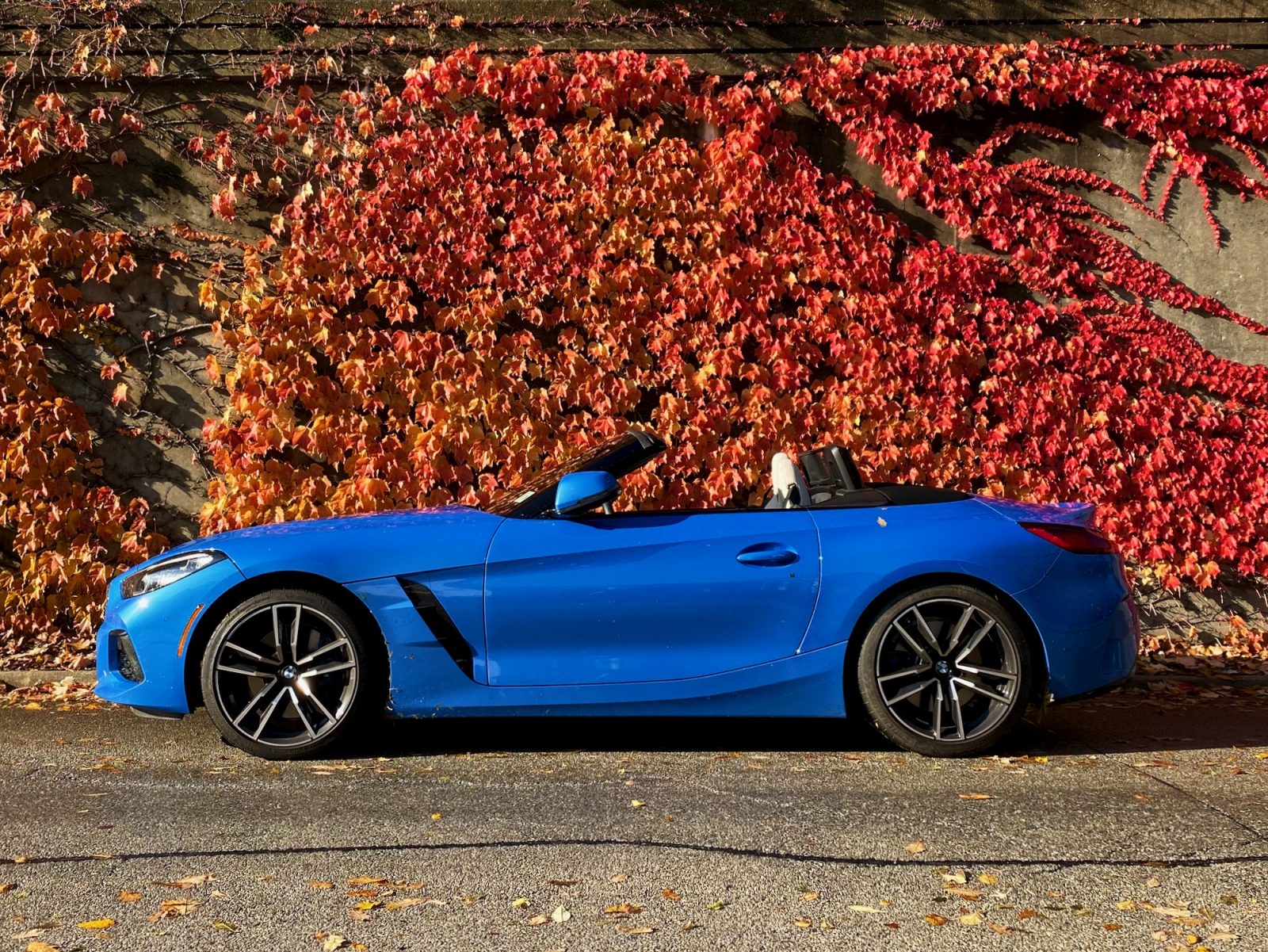 For the past two generations BMW swung and missed with the Z4. While we loved the previous Z4 M35i in many ways, it was a flawed animal with a vagueness in the front-end of the car while delivering steering feedback that was less than confidence inspiring. It was also fairly heavy metal roofed sports car at 3,549 lbs. The previous generation was better in both departments, but it left us wanting in its design and packaging. Even the vaunted Z4 M Coupe never felt as looks would have you believe it should.

None of this was lost on BMW. As it began its cooperative development with Toyota on the chassis of the Z4 it knew that it needed to be both back to basics and highly advanced in design. Back to basics meant going from that metal top to a more traditional cloth one, saving weight and creating a more classic aesthetic. It also meant shortening the wheelbase and working day and night to create a compelling driving experience. 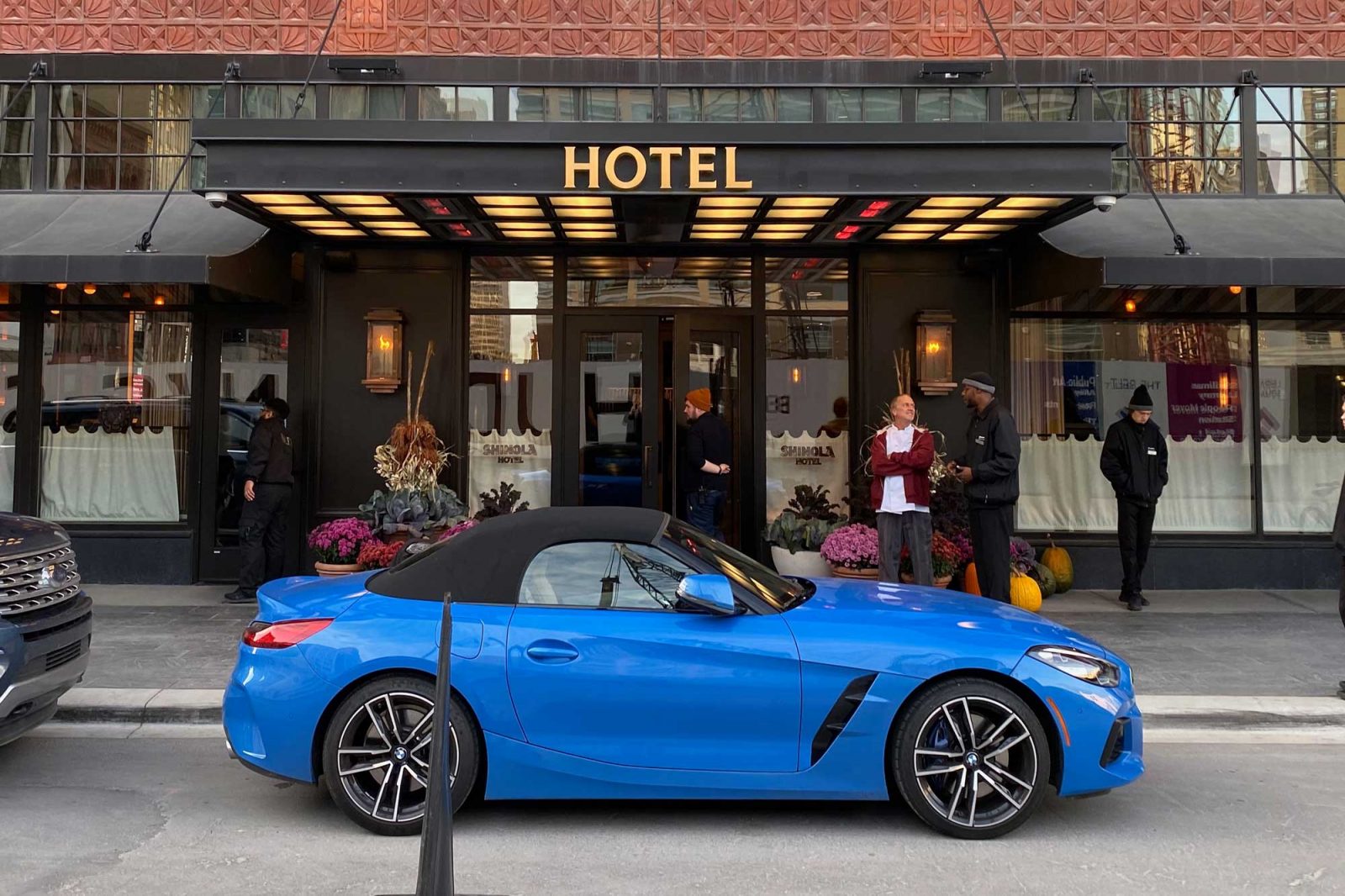 Part of this is seating position. In the previous Z4 you felt as if you were literally sitting on the rear axle. With the repacking of the car (much of it due to moving from a hard to a soft-top) BMW has moved the seating position to the center of the vehicle offering better sight-lines and helping with the overall driving experience.

While the new Z4 has an EPAS system, it’s one of the best we’ve felt from BMW to date – rivaling the new 3 Series, the magic lies within the completely redesigned suspension which features a brand new five-link system at the rear. To reduce unsprung weight, BMW has crafted most of the suspension components out of aluminum. Furthering this is the subframe that is mounted with more rigidity, and a wider track (almost 4″ up front) that changes the geometry of the car.

The result is a car that feels eager and quick to respond. Where the previous Z4 felt relaxed and intended for cruising, this new G29 Z4 feels truly honed at the ‘Ring. While body control and feedback don’t reach the levels of an M2, this Z4 is a huge step forward in driving experience. 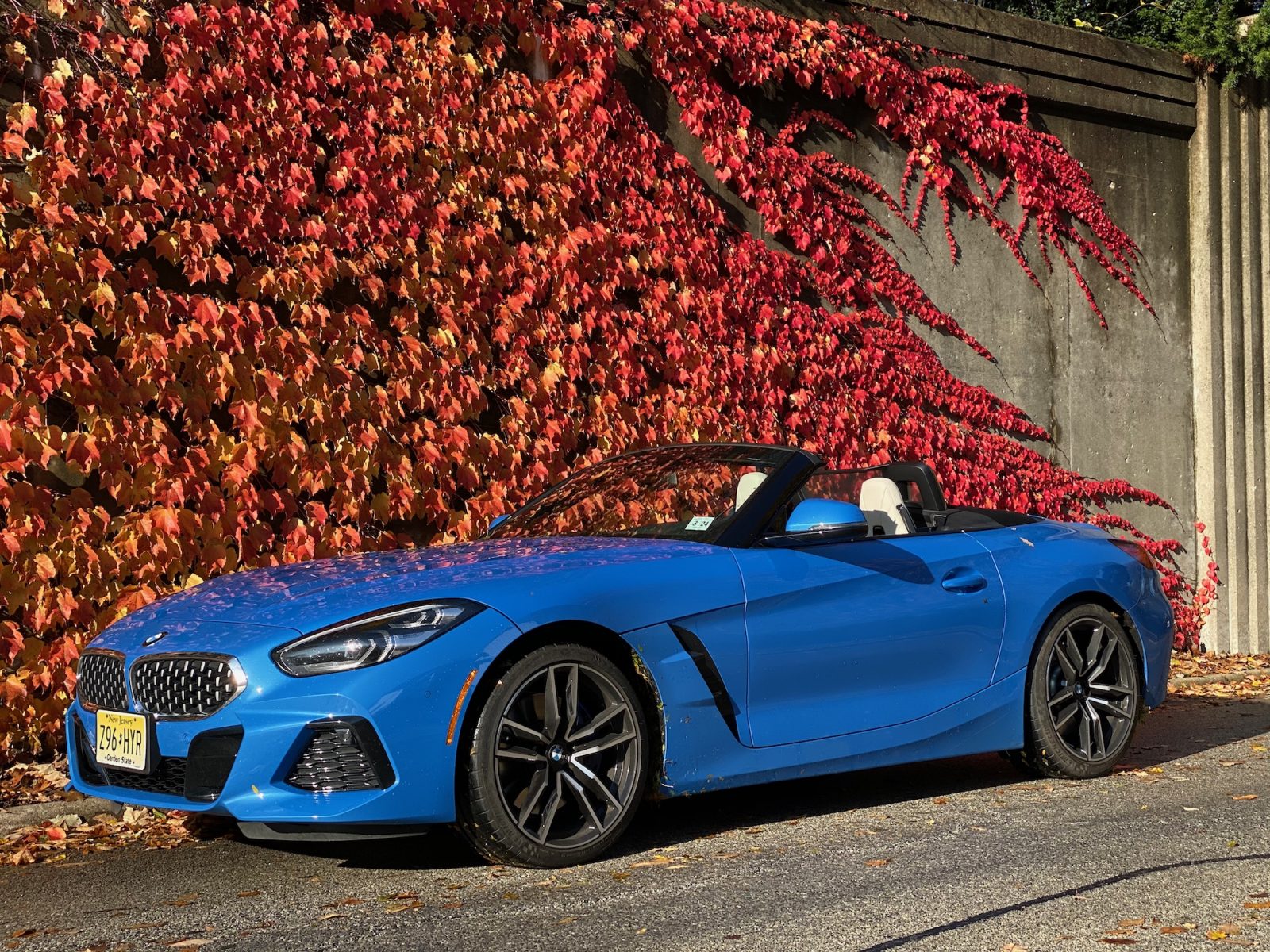 Our Z4 30i was equipped with the MINI derived 2.0l four cylinder producing 255 hp. While it doesn’t make the Z4 fast, it’s certainly what I would call quick, and suited the car’s character well. It also helps with weight making this the lightest Z4 in quite awhile at 3,287 lbs.

Making a roadster feel spacious can be difficult, and at 6’2″ I’ve never been able to truly be comfortable in a Miata or a Z3 for example. While the last Z4 was a huge step forward in this regard, this new one moved the ball on yet again with higher quality materials, better seats, and much more technology. There are even integrated cupholders. Unfortunately they happen to be inside the center console. 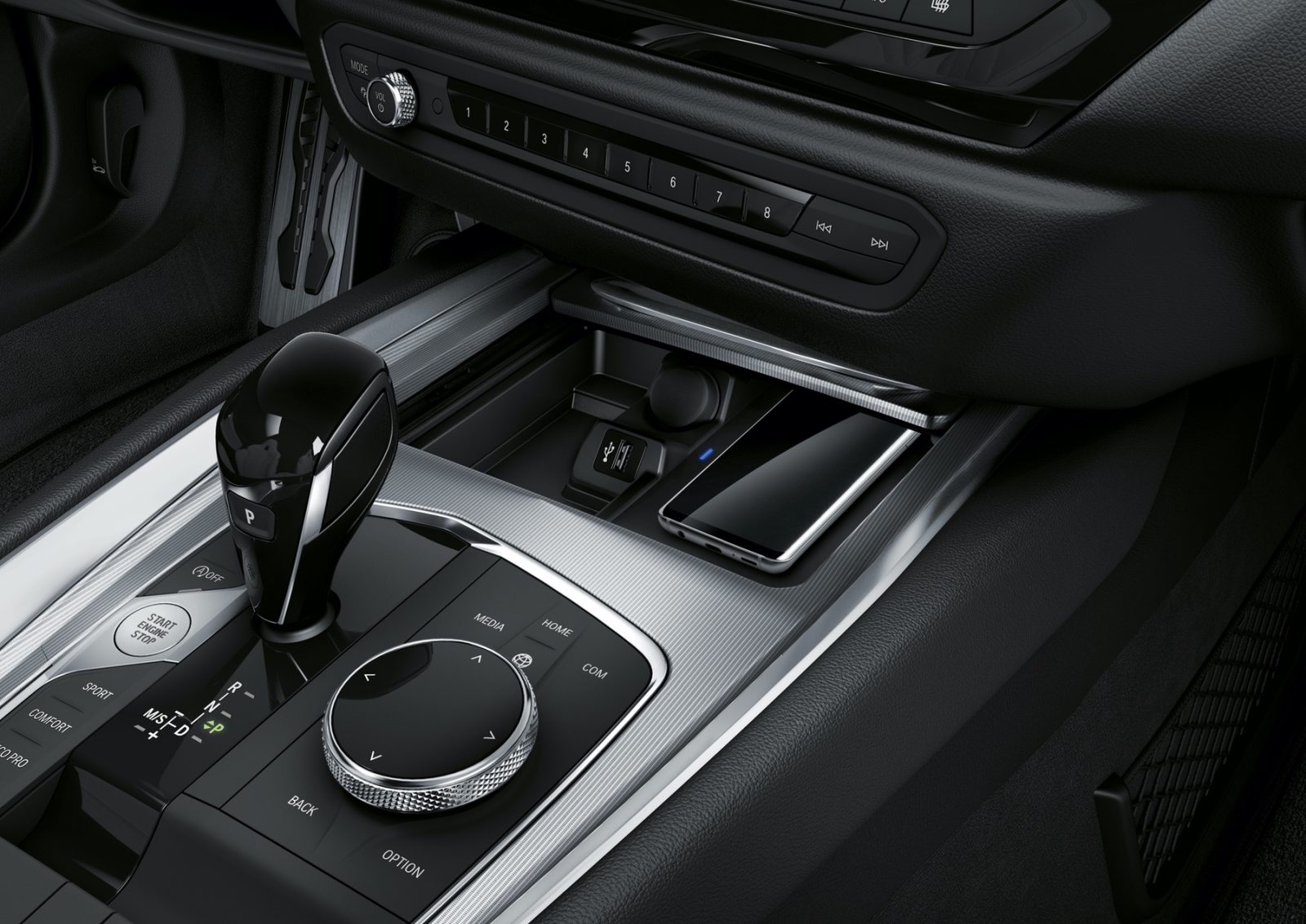 Thanks to the complexities of emissions regulations, take-rates and money-sensitive product planners, the 2020 BMW Z4 isn’t offer with a manual transmission. To be more specific, you cannot get a manual in either the 30i or M40i models offered in the United States. Given how good this car is, that, my friends, is a travesty. We at BimmerFile fully recognize how great automatics and DCTs have become and celebrate their performance. But if there was ever a car that needed a manual to complete its formula it’s the Z4.

There’s so much granularity to its driving experience that adding a manual would not only suit its character but complete its transformation from a boulevard cruiser to BMW’s first proper open-top sports car in two decades. 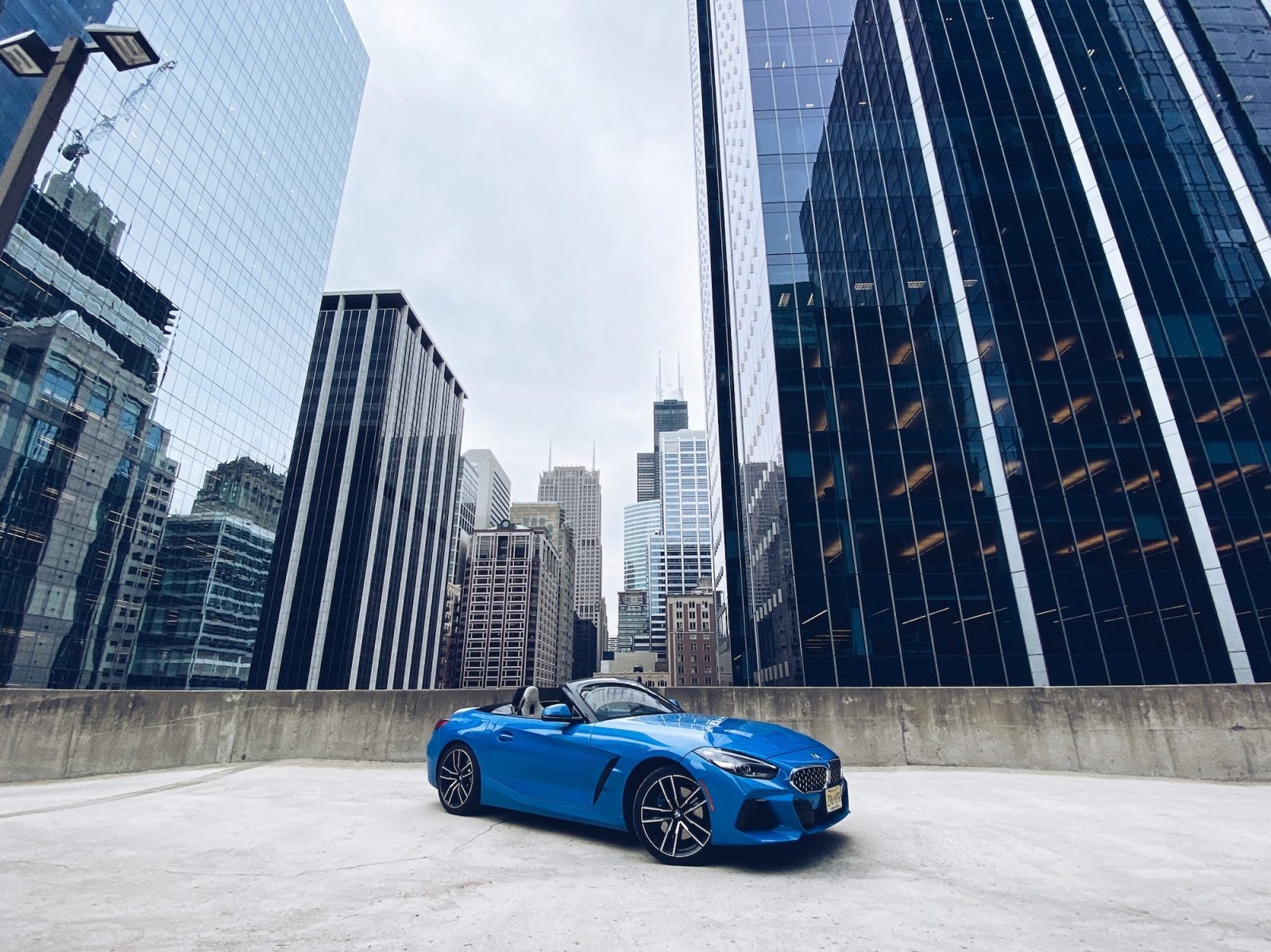 The 2020 BMW Z4 will feel like a revelation for those that found the previous generation lacking in engagement. While our car’s $64,525 MSRP is a bit pricey for a 255 hp four cylinder, there’s an easy solution for those looking for even greater levels of performance. The 382 hp Z4 M40i can be lightly equipped for the mid-60s and is a dramatically faster and more entertaining car. The turbo inline six transforms a very good roadster into something truly special.

In most important ways 2020 BMW Z4 is a return to form. While a Porsche 718 Boxster might offer a more engaging chassis, the Z4 offers more performance for less money, higher levels of technology and even a six cylinder engine. It delivers a level of precision that we haven’t seen perhaps ever in a Z car and an overall driving experience that finally lives up to the open-top concept.

BMW Could Eliminate Some Models