The BMW M2 is a back to basics M car that has been globally acclaimed. And now it’s available in a race car form that anyone can buy. Last weekend it made its first US appearance at the 24 hours of Daytona alongside the current M8 and M6 race cars.

Why is the M2 CS Race car such a big deal? It’s a (relatively) affordable turn-key race car directly from BMW M based on the best M product made today. Whether for club racing, a dedicated series, or just as a track car, the M2 CS is the most attractive race car BMW has offered in years. 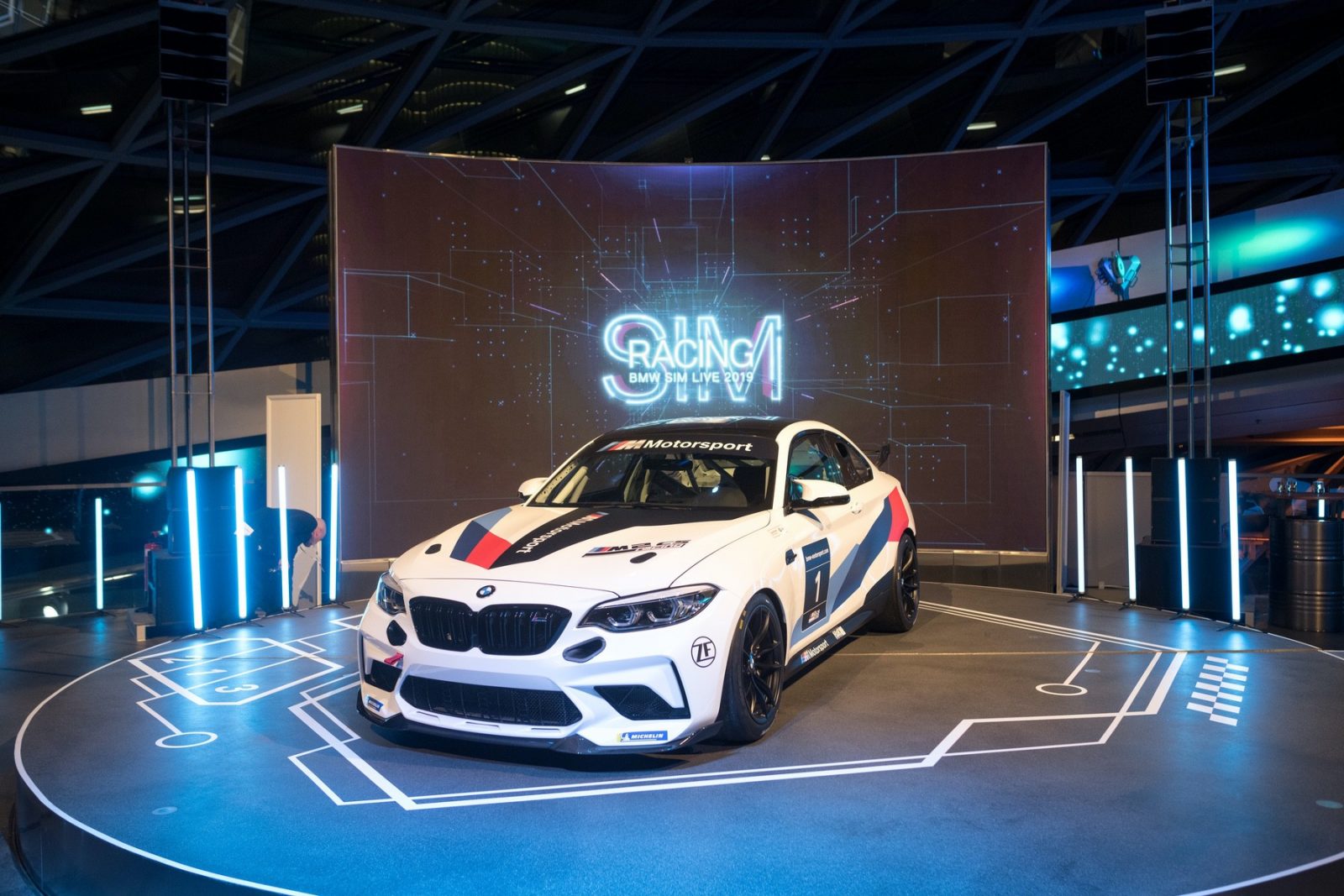 The test and development phase for the BMW M2 CS Racing is entering the home stretch. Now the time has come to present the new entry-level car in the BMW M Customer Racing product range to the public, and to potential customers. Last weekend, the BMW M2 CS Racing celebrated its North American debut at the 24 Hours of Daytona (USA). The intention is for the car to continue the success story started by the BMW M235i Racing and the BMW M240i Racing in recent years.

Fans were able to steal a first glance at the newest member of the family at the first highlight of the new season, where three different BMW racing cars were in action – the winning BMW M8 GTE and the BMW M6 GT3 in the 24-hour race, and the BMW M4 GT4 in the IMSA Michelin Pilot Challenge race. The BMW M2 CS Racing was on display in the event area near the BMW M Experience truck, where anyone could come along to take a look.

BMW Group Motorsport Director Jens Marquardt said: “BMW racing cars have enjoyed regular success in North America since the 1970s and they really thrill the fans. That applies to our GT cars and to the BMW M2 CS Racing’s predecessors that helped BMW customer teams to secure countless wins and titles over the years. From the 2021 season onwards, we are aiming to add a new chapter to our history of success in North American motorsport with the BMW M2 CS Racing.”

From the start of the 2020 season, responsibility for the sale and distribution of BMW race cars for customer racing lies with BMW M GmbH. Their Head of Sales and Marketing, Thomas Felbermair, said: “North America is the most important market for BMW M worldwide, therefore it is important for us to present the BMW M2 CS Racing as our new entry-level car for the first time in the US. With this car we will not only be represented in classic motor racing, but also in the club racing segment and in the Track Day community. We have many loyal fans and customers in North America, who all share an emotional connection to our brand. Consequently, we see plenty of potential for our new car in North America. We are looking forward to giving our fans, customers and BMW dealers a close look at the BMW M2 CS Racing at various events during the next few weeks. I am sure that they will love it.”

After appearing at Daytona, the BMW M2 CS Racing was presented to North American BMW dealers during a conference outside Miami (USA). In early March, the car will be shown at the TC America season-opener at Austin (USA), where it will be sent into race competition by customer teams from the 2021 season onwards.

BMW M2 CS Racing to continue the success story in North America.
The BMW M2 CS Racing can build on the extremely successful history of its predecessors in North America. Since 2016, BMW customer teams have claimed three team titles and two drivers’ championships with the BMW M235i Racing and the BMW M240i Racing in TC America and the previous series. The aim is for the new car to continue in this vein. 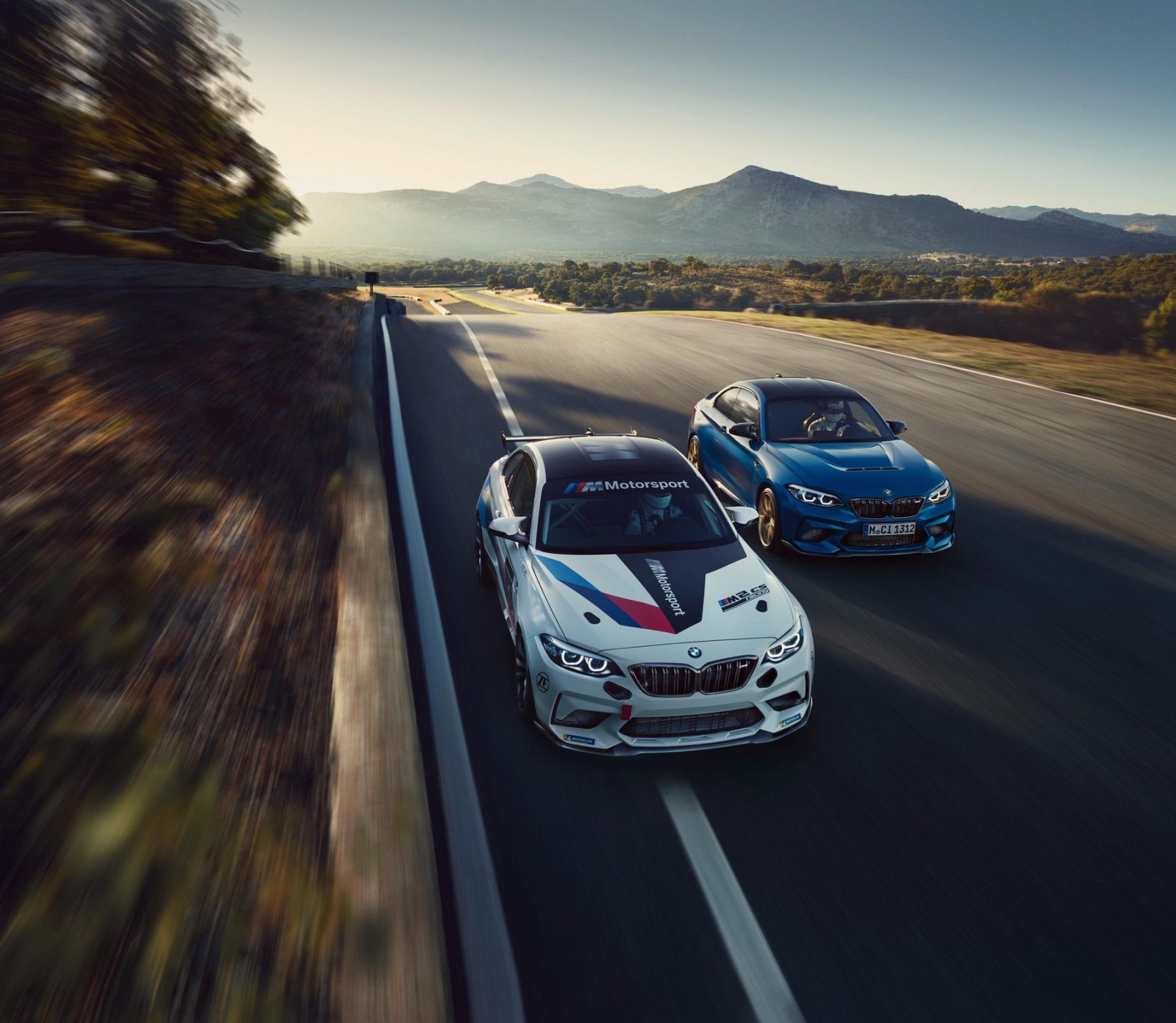 The BMW M2 CS Racing offers the best setup for successful entry into motorsport. The new customer racing car is powered by an S55 six-cylinder in-line engine with BMW M TwinPower Turbo Technology which, with a capacity of 2,979 cc in the racing version, achieves between 280 hp (205 kW) and 365 hp (268 kW), depending on the Balance of Performance or Permit B classification. The maximum torque of 550 Nm is transmitted by a 7-speed dual-clutch transmission which has been applied using specialist motorsport software. Another highlight of the BMW M2 CS Racing is its engine management. As with the BMW M4 GT4, in the future this will be controlled via power sticks, which enable various performance levels to be programmed and retrieved depending on the stipulated Balance of Performance.

In parallel, BMW Motorsport is developing an upgrade variant of the BMW M2 CS Racing with 450 hp, providing a compelling racing car for the club racing segment that is rapidly gaining in popularity in North America