Collaborating with the iconic artist FUTURA 2000, BMW has created a special BMW M2 art car and a limited edition M2 available for sale later this year. The event drew a handful of cultural icons including Travis Scott (who’s love for design and fashion is well known).

In total FUTURE 2000 will create three versions of the BMW M2 with exterior and interior work.

For those in the street art world FUTURE 2000 is a legend. And BMW partnering with him is a good move that positions the brand in a new and interesting space. 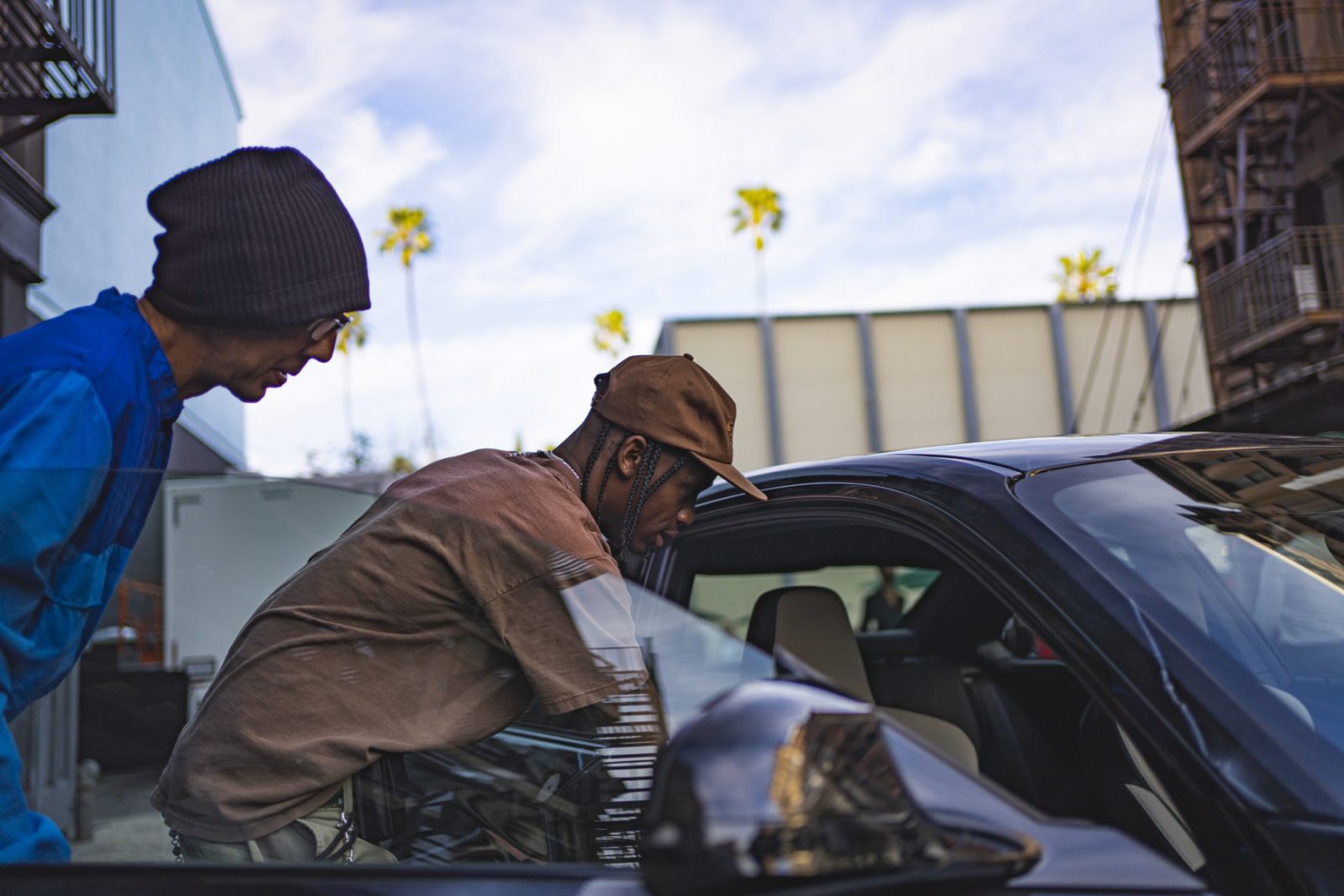 Official release: BMW M as contemporary art – in the wake of the further development of BMW Individual, the BMW M GmbH will be presenting its latest collaboration: a multi-tiered project with eminent international contemporary artist FUTURA 2000; the partnership will debut at Frieze Los Angeles 2020. In this collaboration, FUTURA 2000, who is known for his mastery of color, concentric forms, and kinetic composition, will create three exclusive and unique versions of the BMW M2 Competition in his unmistakable style, whilst also designing a limited-edition of the BMW M2 Competition which is scheduled for public purchase in June 2020. One of the hand-painted BMW M2 by FUTURA 2000 vehicles will celebrate its world premiere at the second Frieze Los Angeles—being held at the Paramount Pictures Studios in Hollywood from 13 to 16 February. 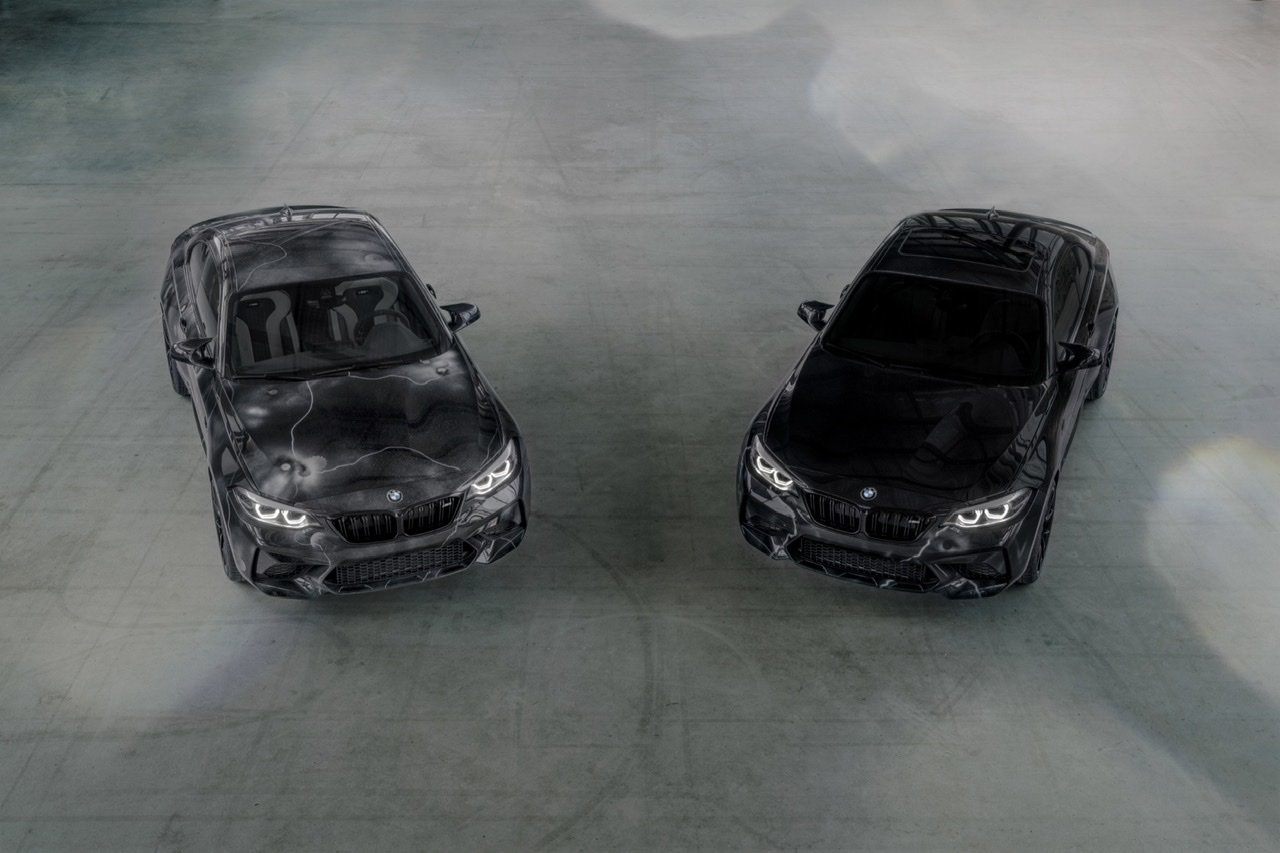 “The BMW M2 Competition is dynamic, extroverted and, to a certain degree, pleasantly provocative. I consider it a great honour to be able to add a special touch to this vehicle,” says FUTURA 2000. Markus Flasch, CEO BMW M GmbH, adds: “We are very proud of having been able to gain such an internationally well-known artist as FUTURA 2000 for the collaboration on the three unique one-offs of the BMW M2 Competition. I’m already looking forward very much to seeing how he transforms our M2 into the edition intended for our customers. With his unique, constructive and rebellious style, Futura is perfectly suited to a young and wild automobile such as the BMW M2 Competition.”

The artist will work extensively on the three unique versions of the BMW M2 by FUTURA 2000 both on the exterior and in the interior. The limited-production models will also bear his unique signature. The trim strips on the instrument panel and the centre console of each vehicle boast a special, individually created FUTURA 2000 design. The bi-coloured, Dakota leather M sports seats in black and ivory white feature polar blue contrast stitching. In addition, the interior package includes an M Alcantara leather-clad sports steering wheel with a grey 12 o’clock marking and special door sill trims bearing the consecutive limited-edition number and a Futura signature. From the outside, the BMW M2 Edition designed by FUTURA 2000* is recognisable by the painted surfaces on the front and rear aprons and the side sills. Moreover, each car is fitted with 19-inch jet black light alloy wheels. 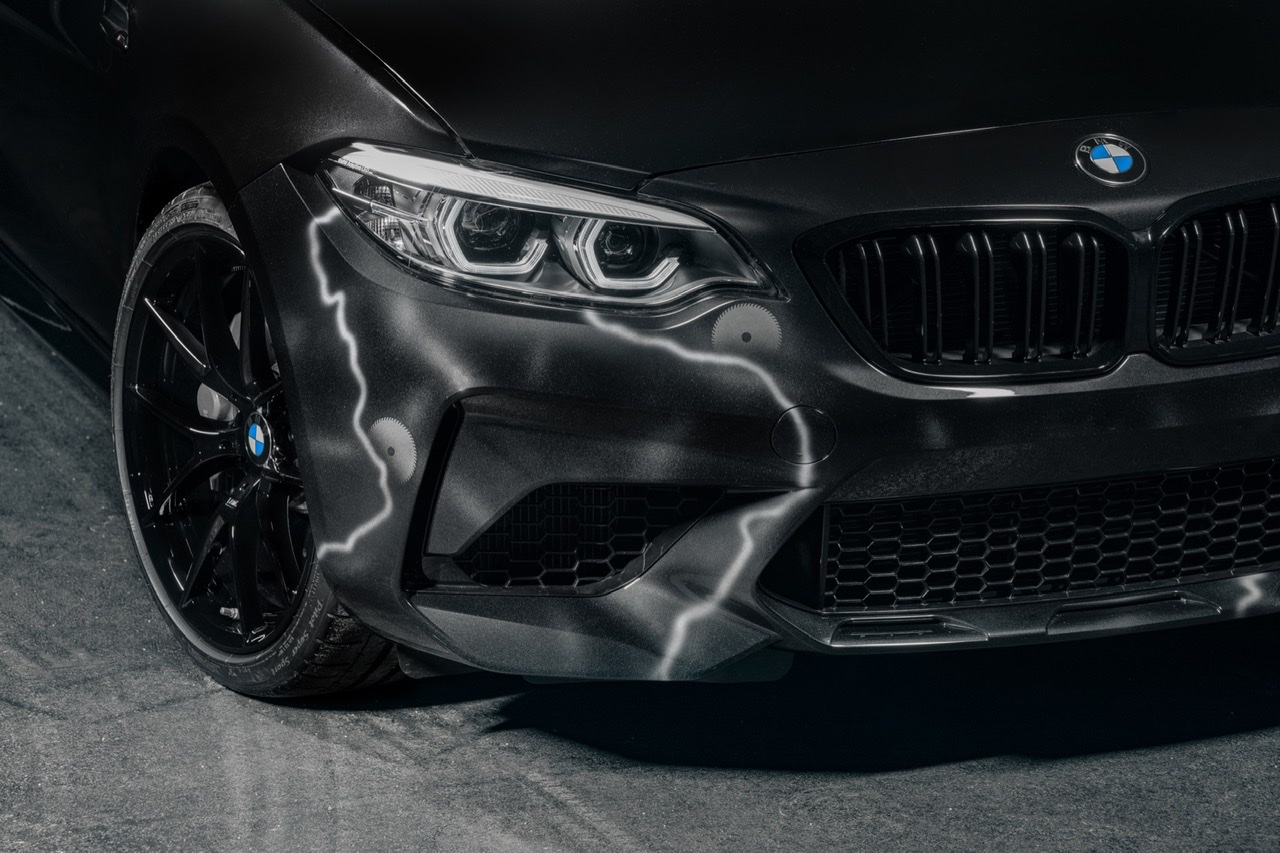 In celebration of their long-term partnership, BMW partners with Frieze to present Frieze Music, co-curated by writer and curator Kevin McGarry and Hans Ulrich Obrist, Artistic Director, Serpentine Galleries London, in association with NeueHouse. The event will feature Moses Sumney, Caroline Polachek, Zsela as well as DJ Uwuqi and takes place on Friday, 14 February, at 9 p.m. at NeueHouse Hollywood. 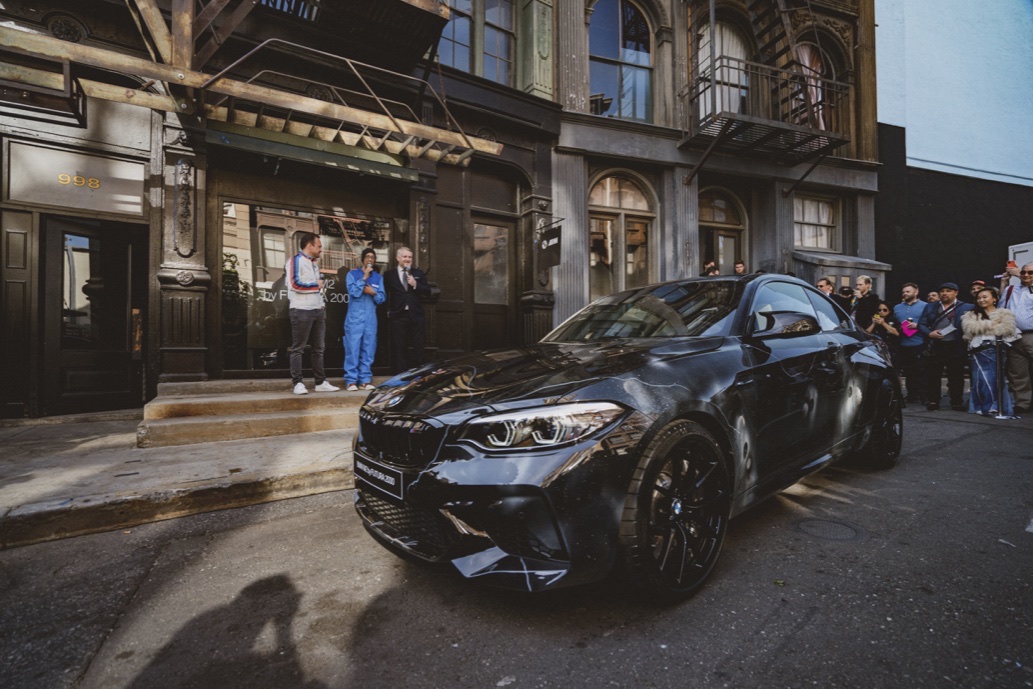 Soho House and BMW i will host an art talk on Wednesday, 12 February, where contemporary artist FUTURA 2000 and rapper Lupe Fiasco will talk about “Sights and Sounds”, moderated by writer Arty Nelson. As always, the joint event focusses on the fertile ground between art, innovation and design and is followed by a cocktail reception. As part of an ongoing collaboration, Soho House and BMW i have co‑created an international program of events and experiences focusing on art, innovation and design throughout Soho House locations across the world.

FUTURA 2000, born Leonard Hilton McGurr, established himself as a pioneer when graffiti met the formal gallery ecosystem in the 1980s. He quickly became known for his radical approach in the street, introducing abstraction to an entirely letter based discipline, and found himself as part of a wider art movement that included the likes of Jean-Michel Basquiat, Keith Haring, Dondi White, and Rammellzee. Aside from his decades long career as a contemporary artist, he has achieved great success as a commercial artist, being commissioned by the likes of several well-known brands. 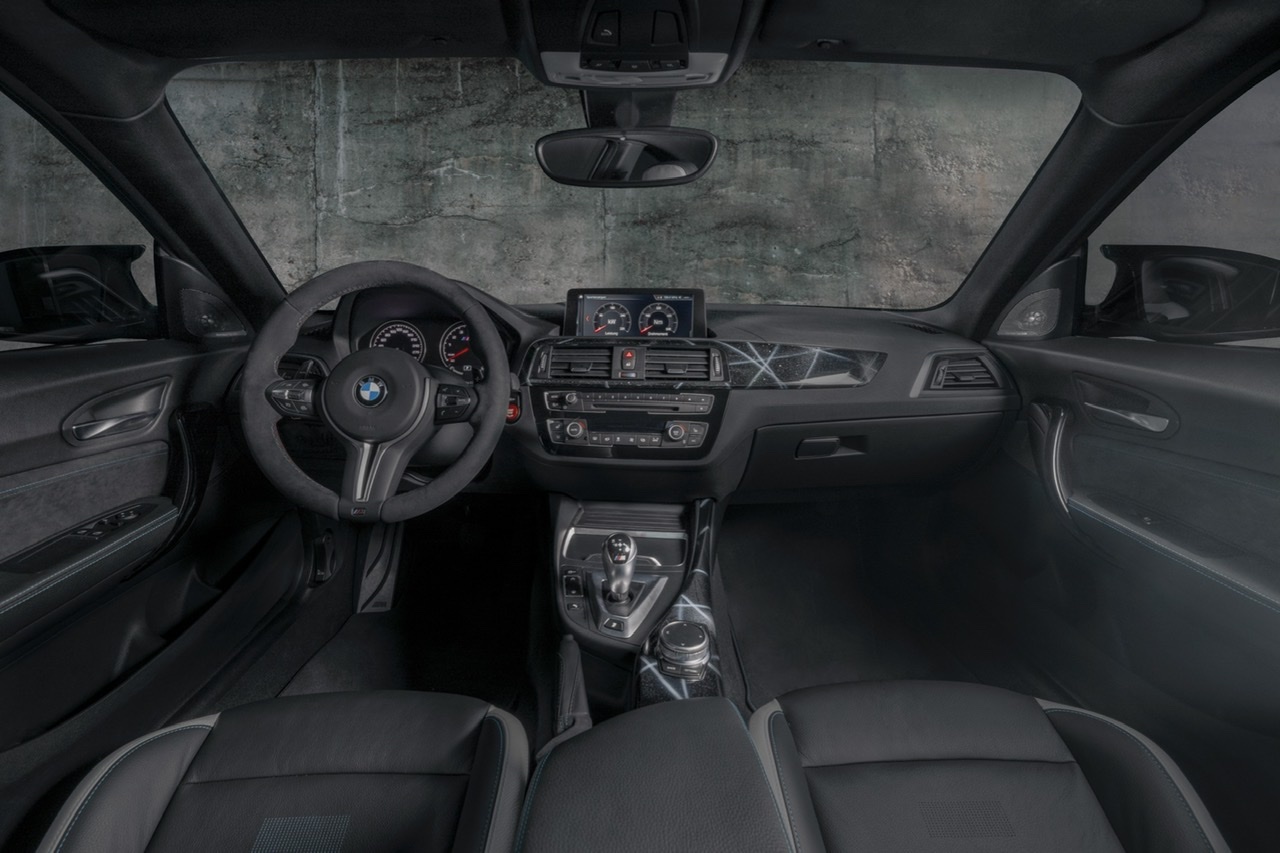 With the one-offs and the BMW M2 Edition designed by FUTURA 2000*, the BMW M GmbH is setting trends both in the high-performance vehicle sector and the art scene alike. The BMW M2 Competition is a truly successful model for the BMW M GmbH. The high-performance athlete positioned in the premium compact class is powered by a dual-charged, straight six-cylinder with M TwinPower Turbo Technology and 302 kW (410 hp), and was again the best-selling BMW M automobile and most popular model in its segment in 2019. In the readers’ voting for the “sportiest cars of 2019” held by the magazine “sport auto”, the BMW M2 Competition asserted itself in the category “Coupes up to 75,000 Euros” and clinched the “sport auto” Award 2019 with 32.1 percent of the votes and clearly ahead of the competition.