We don’t always copy and paste press releases from race teams but this is one of note. First off Bimmerworld Racing knows their stuff and is always one to watch. Secondly this is one of the first top shelf F30 racers out there. We’ll be on hand at Road America following the action all weekend.

The three-car program, which has fielded BMW’s 328i chassis built on the E90 platform since joining the series in 2010, is once again in the Championship hunt. Two of its entries are currently inside the top-10 in both the drivers’ and teams’ standings. 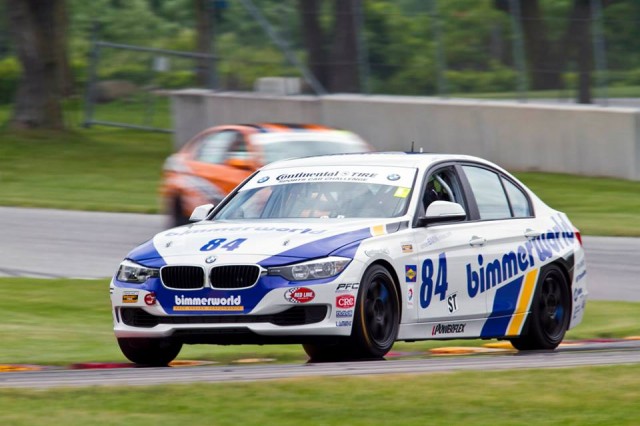 With seven rounds already completed in the 11-race season, Road America marks beginning of the final push towards the 2013 Street Tuner title for BimmerWorld. And with the No. 82 CRC BRAKLEEN® BMW 328i driven by Seth Thomas and Dan Rogers sitting fifth in the standings, and the No. 81 BimmerWorld BMW 328i of Gregory Liefooghe and Tyler Cooke in eighth, team owner/driver James Clay sees great opportunities ahead for both cars to improve their respective Championship positions.

“We are still nicely in the pack for the Championship race and with four rounds remaining; each race is becoming more important,” he said. “With Road America being the first of two back-to-back races, coming through this one clean and with a solid result is critical. We have a solid team and equipment, and this is our time to shine.”

While the BimmerWorld team concentrates on its bid for a first GRAND-AM crown, a new chapter will also be opened—one that looks towards the future—as a fourth entry will compete with an entirely different set of goals in mind.

The series’ has showed a willingness to reward smaller, lighter (and often turbocharged) cars in the Street Tuner class, and despite the race-winning success of BimmerWorld’s house-built BMW 3-series E90s, Clay made the call to start developing the brand’s latest 3-series, the F30, which weighs less than its predecessor, among other performance-minded improvements.

The team is managing its expectations for its brand-new F30, and after nearly a year of planning and preparation, the value of the data that comes from its first outing will far outweigh its on-track performance.

“This weekend has been a long time coming for me,” added Clay, who will share the No. 84 with BimmerWorld veteran John Capestro-Dubets (JCD). “The new F30 platform presented, and is still presenting, some intense technical challenges. We have been working on both the build and development of this package, which utilizes a few features that are new to both the BMW racing world, and racing in general. This weekend is about putting the car on track and finding issues as we continue to develop the platform to a contender for 2014.”

For JCD, a return to racing action in the Continental Tire Series has been long overdue. 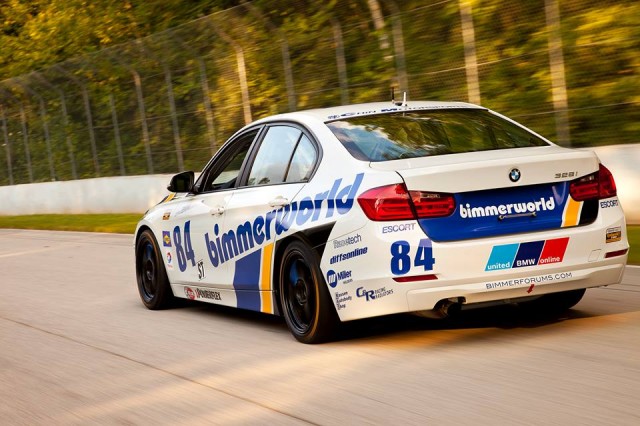 “It feels good to be back!” he exclaimed. “Having been away since the last race of 2012, my personal goals are just to feel out the new car and give the best feedback possible. Most of all, I just want to see BimmerWorld’s hard work with the car behind the scenes pay off.”

The No. 82 combo of Thomas and Rogers is coming off a third-place finish at the Indianapolis Motor Speedway, and with BimmerWorld’s highest-placed car in the Championship, the two know what they need to accomplish in Wisconsin.

“We are in the home stretch of the season and this the time to stay focused on the goal of winning a Championship,” said Thomas. “We are fifth in points but with four races left we are close enough to bring the fight down to the last race. After our performance at Indy, the momentum is in our favor with the next couple of tracks being good for BMWs.

“Road America is the key to our run since it is the next race. This track has been good to BimmerWorld and our BMWs since James Clay scored his first professional win back in 2008. The track suits our cars with long straights, big braking zones for the PFC brakes to perform their best and long sweeping turns that showcase the balance of the BMW. I think we will see good things out of the No. 82 CRC BRAKLEEN® BMW this weekend.” 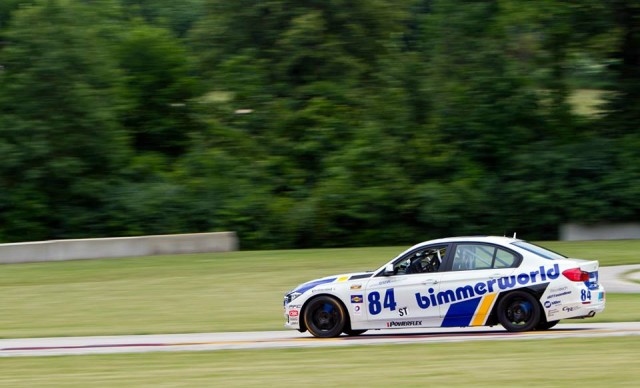 Along with the No. 80 BimmerWorld BMW that will have Greg Strelzoff and a fully mended Connor Bloum back at the helm, the No. 81 car will see Liefooghe and Cooke looking to conquer the sprawling four-mile road course that’s become a national treasure for road racing fans.

“Although we’re not where we want to be in the championship standings just yet, the field is very tight and it allows for huge swings in the order after each race,” said Liefooghe, who has formed an incredibly effective partnership with new teammate Cooke. “We are in the home stretch and we will be focusing on getting the maximum points we can get. Road America should be a great place to do so for our BMW.

“And it’s been great working with Tyler so far. We have gelled really well and we usually end up with the same feedback for the car. I know we have a strong pairing, and it will play an important role in the last races as everybody will be getting a little more aggressive to move up in the championship.”