BMW’s first front wheel drive car will not make it to the US for at least another 18 months. That’s the new out of Geneva via Autonews.com.

The 2AT has had a long history for such a new car. For years we’ve been talking about the need for BMW to offset the development costs of a new MINI platform. However, now that they’ve done it there are many that are left scratching their heads. It’s a BMW unlike any we’ve ever seen. Tall and relatively narrow, it’s un-athletic build is at odds with any other product BMW produces. Even the 3 and 5 GTs look better in comparison.

The mission makes sense in Europe of course; a space efficient people mover with an equally efficient front wheel drive platform. But in the US market (BMW’s largest) that formula doesn’t exist in the premium segment outside of a few niche vehicles. Furthermore one has to wonder if BMWNA looks at this formula (and at the car) and simply sees a massive disconnect between it and brand expectations in the US. Over the years I’ve seen more than a few BMWNA folks get visibly uncomfortable when the discussion turned to the then mythical front wheel drive BMW. It was clear in those conversations that we weren’t the only ones that didn’t think it made a lot of sense for the US market. 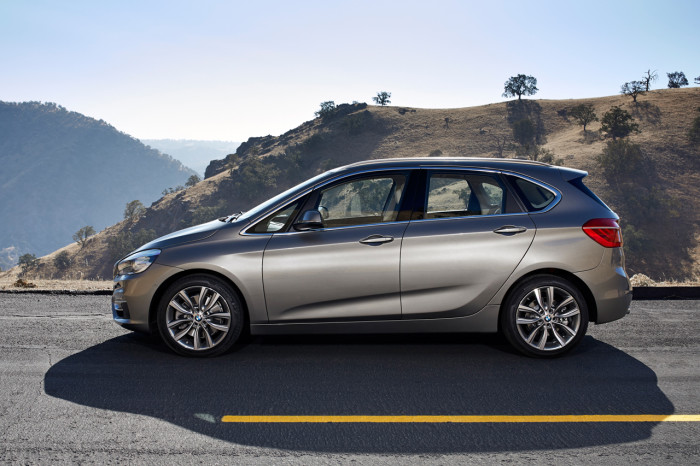 Perhaps the thinking is that, by late 2015 perceptions of tall hatches built around efficiency may have changed? Or perhaps Munich is simply dropping the car on the US market despite BMWNA’s position or public perception? It also gives BMW some time to analyze sales in the rest of the world and see how offerings from the competition (B-Class Mercedes Benz) do in North America. The other option is to only offer the 2AT in plugin hybrid guise- which would alleviate some of the misgivings of the looks and market it as an efficient people mover than a sporty one.

Either way the 2AT hits European dealers this summer.

The X Coupe: Ahead of its Time or Behind the Curve?

by Gabriel Bridger
In the Press Recalls/Bulletins Technology

by Michael
Awards In the Press Motorrad