Official Release: BMW combines high performance with a time-honoured brand of driving pleasure and consummate everyday usability – that was the confirmation provided once again by the readers’ poll conducted by German motoring magazine “sport auto”. Five class wins and a second place represented an outstanding return for the BMW Group’s brands in the “sport auto Award 2014”. The BMW M3 Sedan and BMW M4 Coupe were among the biggest voter favourites, with the two BMW M Division models asserting their superiority in the classes for “Saloons/Estates up to €100,000” and “Coupés up to €100,000” respectively. The winners in the “Coupés up to €50,000” and “Compact Cars” categories also carry an “M” in their model designation – the BMW M235i Coupe and BMW M135i. Elsewhere in the competition, the BMW 335i held sway in the “Saloons/Estates up to €50,000” class, reprising its success from the previous year in impressive style. And second place for the BMW M550d xDrive in the “Diesel Cars” class highlights the BMW Group’s leading status across all classes as a maker of sporting cars boasting exceptional efficiency.

Placings at a glance: 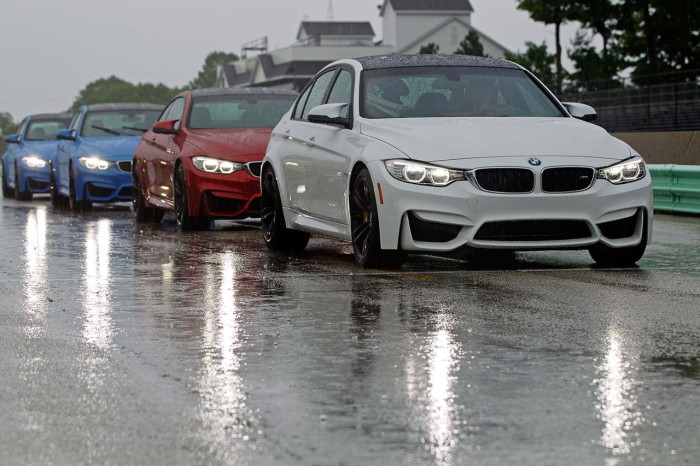 From the moment they went on sale, the BMW M3 (37.1 percent of the vote) and BMW M4 (18.5 percent) have put forward a persuasive case for themselves – and just a few months after their launch both were voted top of their class by respondents in the “sport auto Award 2014” readers’ survey. The result underlines in resounding fashion the stand-out status of the two new models. Like its predecessors, the fifth-generation BMW M3 encapsulates the combination of motor sport genes and unrestricted everyday usability within an emotionally rich overall concept. The BMW M3 Sedan and BMW M4 Coupe embody a new take on the high-performance sports car theme and uphold the commitment to implementing the BMW M philosophy espoused by their predecessors. The BMW M3 Sedan and BMW M4 Coupe (fuel consumption combined for both models: 8.8 l/100 km [32.1 mpg imp]; CO2 emissions combined: 204 g/km)* are powered by a newly developed six-cylinder in-line engine. The high-revving unit with M TwinPower Turbo technology offers maximum output of 317 kW/431 hp. Peak torque of 550 Nm (406 lb-ft) is available across a broad rev band and exceeds the maximum offered by the previous BMW M3 by almost 40 percent. A rigorously applied lightweight design concept has brought about a weight reduction of around 80 kilograms, giving the BMW M4 Coupe a DIN kerb weight of 1,497 kilograms and ensuring top-class driving dynamics and excellent efficiency. Fuel consumption and emissions, meanwhile, are down by 25 percent. The BMW M3 Sedan and BMW M4 Coupe need just 4.1 seconds to sprint from 0 – 100 km/h (62 mph) – when fitted with the optional seven-speed M Double Clutch Transmission – and also catch the eye as strong performers out on the track. 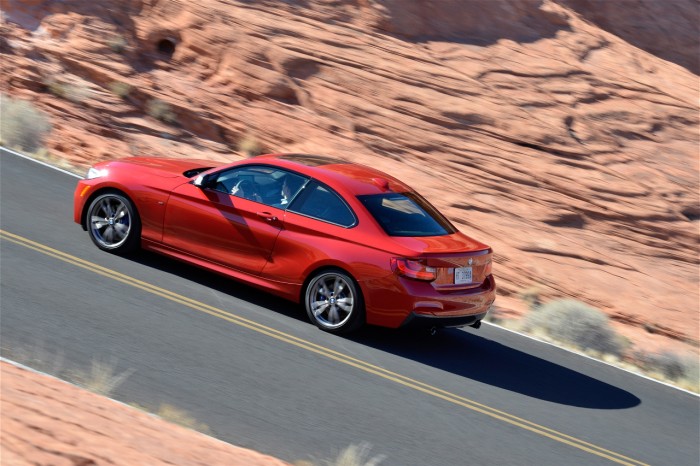 The BMW 335i staged a repeat of its success from last year in the class for saloons/estates up to €50,000. This year 31.7 percent of readers voted the 335i top of the pile, allowing it to continue the tradition established by its predecessor – which was voted the most sporting car in its class three years in succession.

The “sport auto Award” is presented annually by German motoring magazine “sport auto”. It is one of the leading German awards for sporting cars and is highly coveted by manufacturers. 2014 marked the 34th year that the magazine’s readers have been called on to vote, with 234 models nominated in 15 series-production categories and 10 tuning classes. A total of 15,551 readers took part in the poll (which ran from 17 April to 18 July) via survey postcard, online survey or one of the “sport auto” digital channels.