Big month for BMW as it gears up for its now annual show-down with Mercedes in the US sales race. Notes of interest: The 1 Series is up a staggering 60% this month over last year. Also showing well are the 3 Series and Z4. Interestingly the X1 (classified not as a light truck mind you) is outselling the X3 and isn’t far off the X5. Interesting considering that BMWNA had thought about not bringing it to the US market. Not surprising to us. In our recent time with the crossover we were blown away by the value prop and overall performance.

Now, onto the numbers… 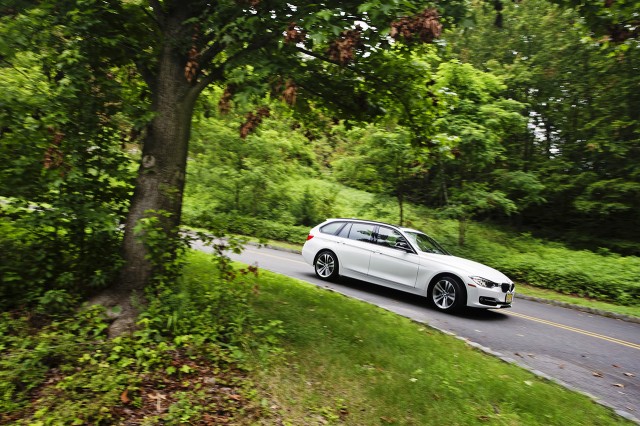 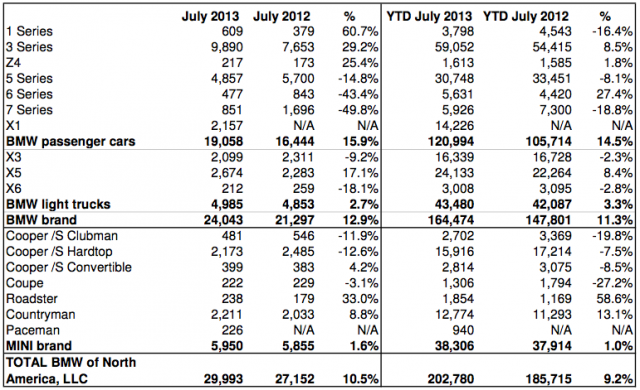 “July is a pivotal month, setting the trend for the second half of the year and the numbers show the trend is with us” said Ludwig Willisch, President and CEO, BMW of North America, LLC. “We have a strong line-up of new vehicles to launch in the months ahead led by the all-new X5, which started production today, and the beautiful BMW 4 Series Coupe which arrives in the fall.”

“We like to say the world is becoming more MINI and the record sales figures for July and year-to-date prove that interest in the premium small car segment continues to grow and that people can think small”, said Jim McDowell, Vice President, MINI USA. “We are especially pleased with the sales performance of the MINI Countryman model that continues to bring new motorers to our growing MINI family.”