More than five years ago we inaugurated this site with a review of the 2008 BMW 135i. This car represented BMW going back to a simple formula that had made them famous 35 years ago with the 2002. For me personally, it was a drive I had been anticipating for several years. The rest is, of course, history as they say. We loved it. You loved it. BMW later got even closer to that 2002 formula with the introduction of the venerable 1M.

Now let me pause and give you full disclosure: I have a 1M in my garage. The story of my 1M began with that first story about the 135i here in BimmerFile, and ended with a 1M in my driveway. Yet the 135i has always been close to our hearts here at BF. Inherently flawed yet undeniably attractive in its core formula. With production ending we wanted one last week with the car to size up what is quickly becoming a great second and third-hand enthusiast’s car. 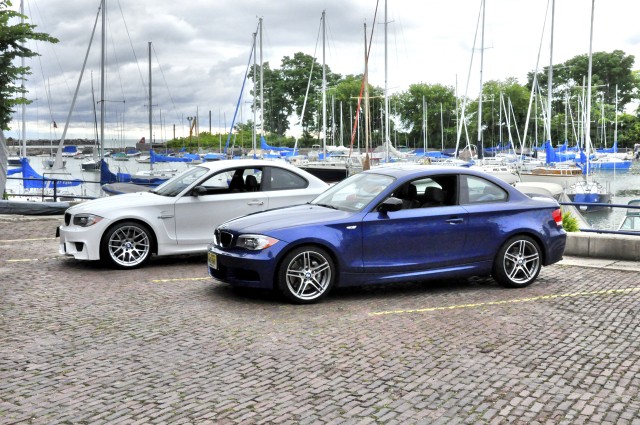 Lets go back to the beginning and our first impressions of the then new 135i. It was a watershed moment for BMW enthusiasts who were looking for that basic, high-power, rear wheel drive formula, and we loved it. You loved it too based on comments and the general buzz of internet fervor.

Yet the 135i wasn’t perfect. Body control and understeer were all problems that frankly felt worse every time we drove it. Yet I was smitten and promised myself the second I was back in Chicago I’d put money down on a theoretical M version should one ever materialize.

So this review comes from a BMW 1M owner, and long time admirer of the 135i, understeer and all. 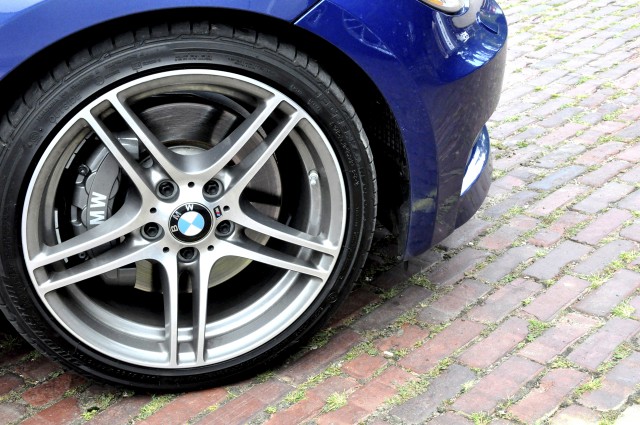 Now lets begin. This is the 135is. That all important “S” stands for:

– An increase of peak horsepower to 320 hp (+20 hp increase) and 317 lb-ft of torque (+17 lb.ft) (courtesy of the BMW Performance engine kit)
– The BMW Performance Exhaust
– Exclusive (and attractive) wheels
– Unique interior seat stitching, floor mats and a rather unfortunate badge 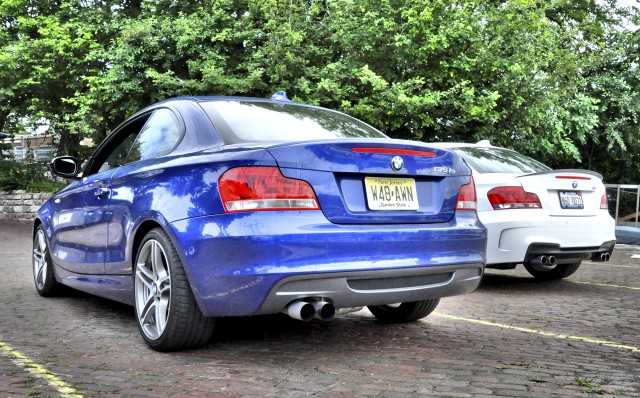 The price also makes more sense when we consider that we couldn’t get the fantastic 7 Speed DCT on the 1M – a $400 option on the 135is. For those who had to pass on the 1M for not wanting a third pedal, the 135is represents the pinnacle of the E82 range. 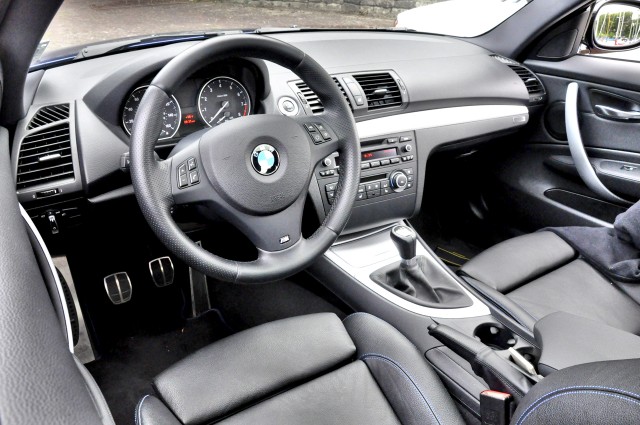 Walking around and then stepping into the 135is brings back a flood of great memories from that first drive in northern California. Compact and distinctive, the E82 received a very welcome refresh in 2011 to give it some much needed aggression in its exterior design language. Yet even without it, it’s proportionally perfect. Two doors, four seats and rear wheel drive. This is the classic formula that made BMW famous. It’s a formula designed for driving pleasure while retaining the utility of real four seats and a usable trunk.

Yet for all its strong points, much of the US press initially balked at the 135i as a cut-rate 335i. Naturally we thought the opposite. In our eyes it was the 335i that was the watered-down 135i. It had more weight, ridiculous “luxury” items such as little arms handing you seat belts; and styling that, while attractive, moved it further into the GT category. In short it had lost the historical point of the two door BMW coupe. 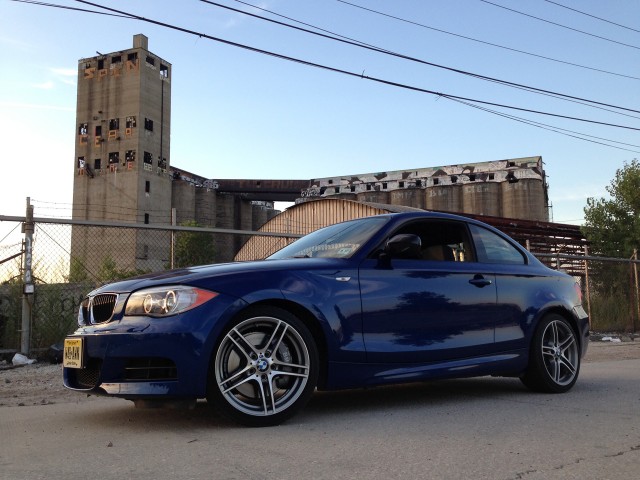 However with all that said we have to ask an uncomfortable question; Does the 135is still work in a post-1M world?

During the engineering process of the 1M, we heard rumors that the only way for M to properly dial-out the understeer of the E82 chassis was to essentially fit the entire M3 subframe on the car, replacing all of the standard suspension. Obviously the results speak for themselves. But how would this new 135is suspension compare?

Figuring this would be the last opportunity I’d likely have to take these two (basically new) cars out back, to I had to dissect the differences and understand what works and what doesn’t on the 135is.

We’ve talked about 1M many times on BF, so we won’t get redundant with the details, but we will say that the 1M hasn’t been called “the best modern M car” for no reason. On paper it’s not quite the car the E92 M3 is, but then again if you grade on enjoyment and pure driving pleasure, the 1M does well. After spending a few days with my too-often-garaged 1M, I was reminded just how immediately fun this car really is. 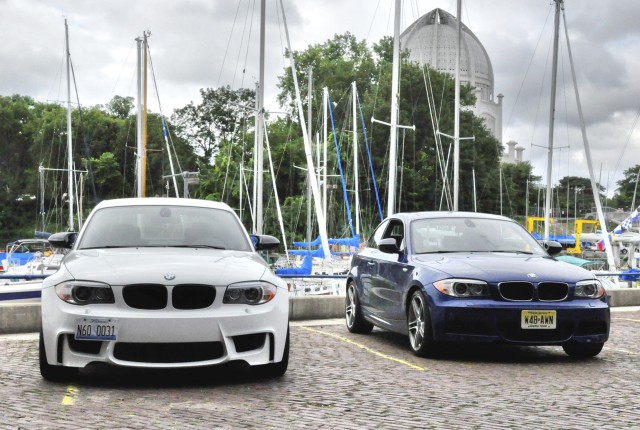 Stepping out of the 1M and into the 135is, the first thing I noticed was slightly heavier steering at low speeds. This makes sense since this is a different rack, but it’s still curious and not in a bad way. The interior touch points are different as well. The shifter is more stylized and less purely functional but still feels great in the hand. The steering wheel is thinner, but still exceptional, and the pedals are the M Performance set – better than the stock rubber versions on the 1M.

Releasing the clutch, I’m struck by how slow the N55 powered 135is builds revs. Couple this with a much more conservative throttle mapping and you have a car that is perhaps only a few tenths slower than the 1M on paper, but feels decidedly less eager on the road. This slowness to rev wasn’t something I was initially expecting but made sense once I remembered wthe 1M’s lightened, strengthened flywheel. Add to this much more aggressive throttle mapping, and noticeably more power and torque and you have a very different feel.

The sum of all of this on the 1M is a car that begs to be revved and driven hard. The 135is, on the other hand, has a more relaxed linear power deliver that is clearly designed more for the mass market of commuters than track day weekend warriors. In itself not a bad thing and likely preferred by many. 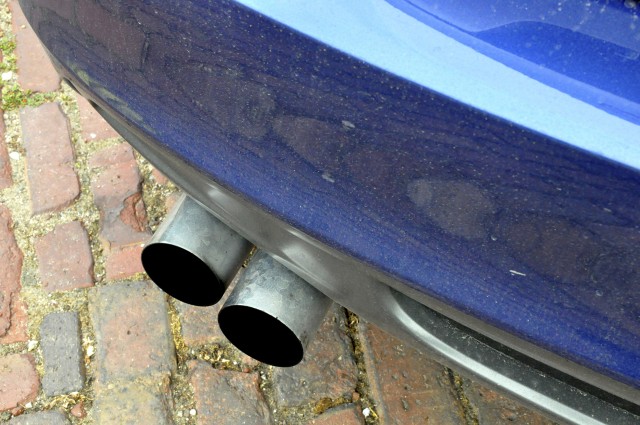 Power is one thing, but it’s the corners that should be the true test for a BMW. It’s here that the 1M reveals itself as more than just a Bavarian hooligan. It feels precise, with great feedback in every scenario. There’s great on-center feel, a clear understanding of what’s happening to the tires, and the balance of the car in corners gives the driver exceptional confidence.

The 135is doesn’t exactly fall down in the corners either. That is, until you approach the limit and experience the apocalyptic level of understeer. That understeer gets worse when you push the car harder into the corners, especially on quick switch-backs. Despite weighing only 77 lbs more than the 1M (3,296 lbs), the 135is (3,373 lbs) feels dramatically heavier, lacking in precision and control at the limit. This is even with the “M Sport” suspension, mind you — an option that comes standard on the 135i and 135is.

In fact, you have to work hard to get the tail out in any sort of satisfying manner on the 135is. That, my friends, is not how a BMW should behave. A BMW, especially a sporty one, should be a car that begs to be slid around sideways. Yet the 135is — a car that promises so much in badging, power and size — just doesn’t deliver that moment of bliss. At least not without a lot of work. Yes, you can ring its neck to the point of drifting it but it’s never flick-of-the-wrist easy like it is in the 1M, the M3 or even the E30/E36 for that matter.

In the midst of my frustration with the car’s tail sadness, I realized something. The 135is cannot be graded on the 1M curve. The 1M is a very special car and should be regarded as somewhat mythical given its rarity and skunkworks origins. The 135is, on the other hand, is attainable in about any form with options, trim and colors the 1M never had. These two are not the same car and comparing them will end in frustration.

So lets talk about the 135is and its positives, all on its own merits. This first observation will get me in some trouble, I’m sure.

With my right foot is on the floor, there are moments when the 135is just sounds better than the 1M. Credit the fantastic M Performance exhaust that comes standard. In fact the exhaust is perhaps the single best thing BMW did to this car over the standard 135i.

Then there’s the look. The 1M just looks like a little son-of-a-bitch, ready to do something stupid. The 135is has a refined look without the swollen fenders and massive wheels. It’s restrained in the best BMW sports sedan tradition. Sure I prefer the 1M but there’s clearly a case for others preferring the 135is.

Inside, again there are options. Sunroof? Yes you can actually have one. Colors other than black? BMW has plenty of choices. Want a stripped down, mod friendly 135is? Easily done.

More importantly, the 135is is a car that you can drive every day and ordered with an automatic. It can be as relaxed and as quiet as you like, all the while having enough grunt to scratch almost any itch you might have. Where the 1M can tire you as a commuter car, the 135is didn’t even phase me. Frankly it’s a more pleasurable driving experience in the monotony of the daily commute. 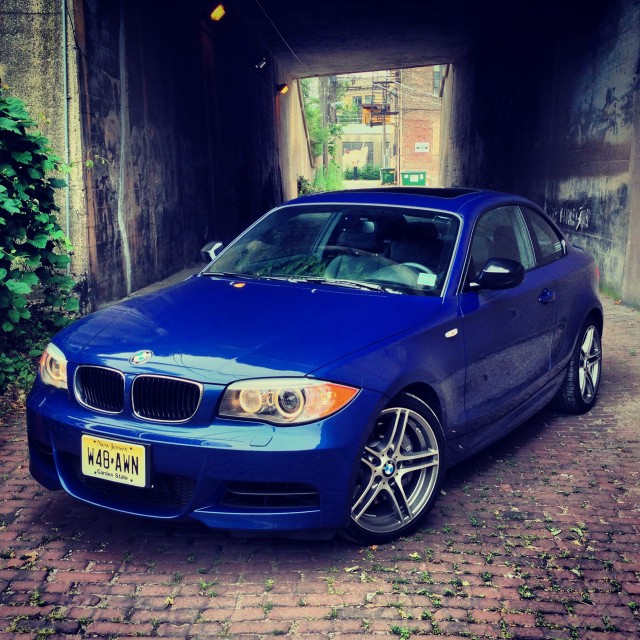 So what’s the verdict? The 135is can’t live up to the 1M but it almost doesn’t matter. The 135is is a damn fine car. And to prove that’s not faint praise I’d use this analogy; it’s the 325is of our generation if the 325is had a ton more power.

No, it’s not perfect. It’s not the pure analog experience that some say it is. Instead what it aims to be is something a little different — some would say more impressive. It’s aiming to be the perfect all around car for the BMW enthusiast that feels left behind by the brand. While it doesn’t quite succeed at perfection, it comes damn close all while warming the cockles of this jaded BMW enthusiast. 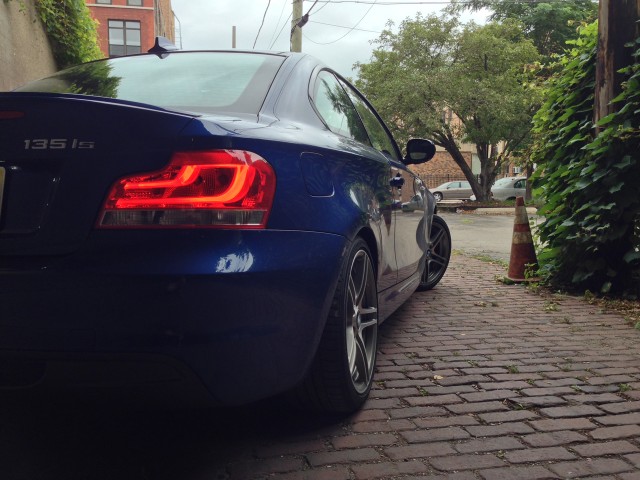